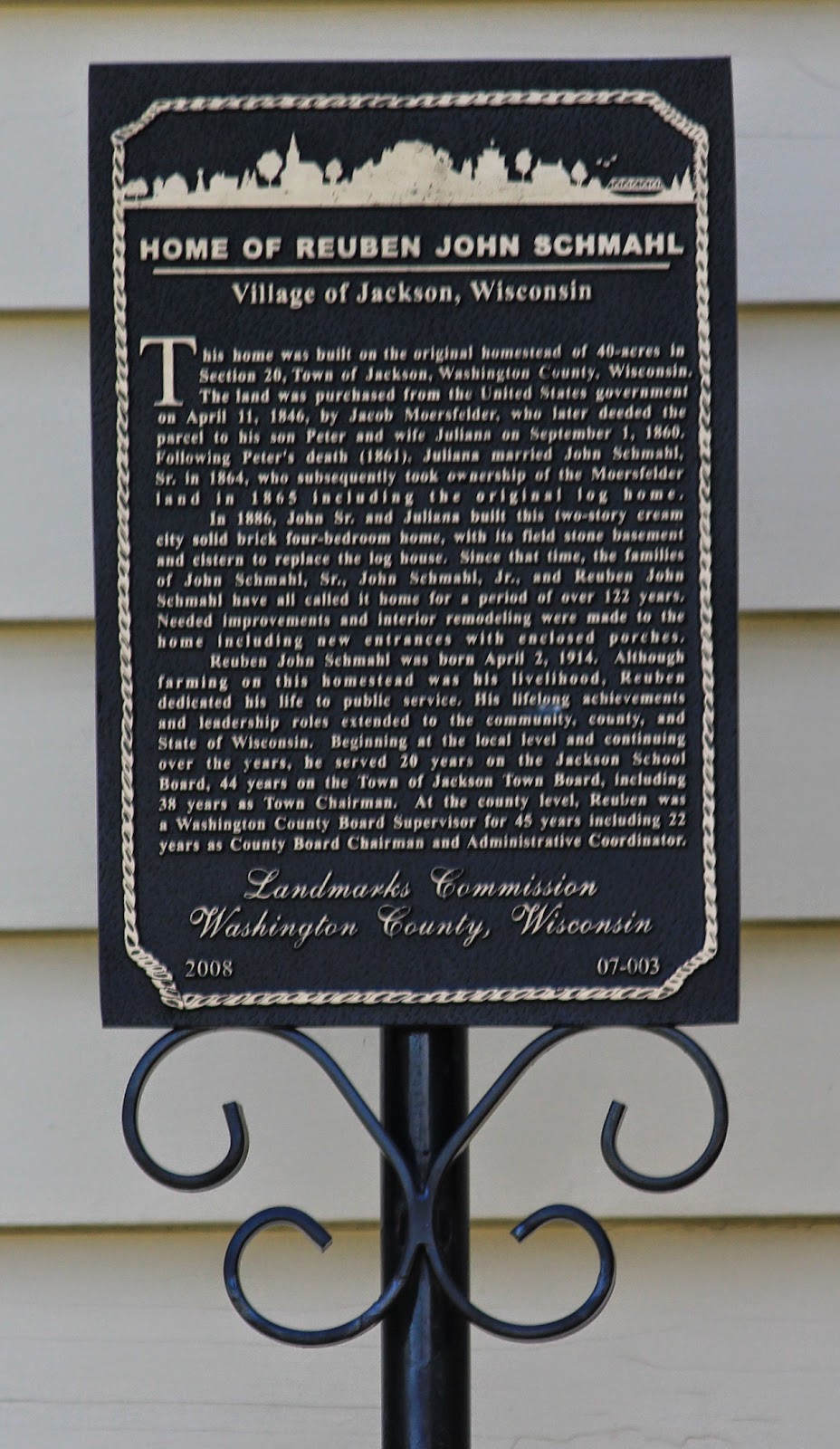 This home was built on the original homestead of 40-acres in Section 20, Town of Jackson, Washington County, Wisconsin. The land was purchased from the United States government on April 11, 1846, by Jacob Moersfelder, who later deeded the parcel to his son Peter and wife Juliana on September 1, 1860. Following Peter’s death (1861), Juliana married John Schmahl, Sr. in 1864, who subsequently took ownership of the Moersfelder land in 1865 including the original log home.

In 1886, John Sr. and Juliana built this two-story cream city solid brick four-bedroom home, with its field stone basement and cistern to replace the log house. Since that time, the families of John Schmahl, Sr., John Schmahl, Jr., and Reuben John Schmahl have all called it home for a period of over 122 years. Needed improvements and interior remodeling were made to the home including new entrances with enclosed porches.

Reuben John Schmahl was born April 2, 1914. Although farming on this homestead was his livelihood, Reuben dedicated his life to public service. His lifelong achievements and leadership roles extended to the community, county, and State of Wisconsin. Beginning at the local level and continuing over the years, he served 20 years on the Jackson School Board, 44 years on the Town of Jackson Town Board, including 38 years as Town Chairman.

The property is located on eastbound Main Street / Wisconsin Highway 60, between Ridgeway Road (to the west) and Eagle Drive (to the east), at 2156-2188  Main Street, Jackson, Wisconsin 53037.

NOTE: Eastbound Main Street is a very busy, dangerous highway with no shoulder and no sidewalk, and no access to the marker. Westbound Main Street is the same; however, there is a very small dirt pad directly across the street from the marker location. This is where I parked (but did not leave my vehicle) to take the photographs using a zoom lens.


This marker is No. 07-003 in a series of markers placed by the Washington County Landmarks Commission. 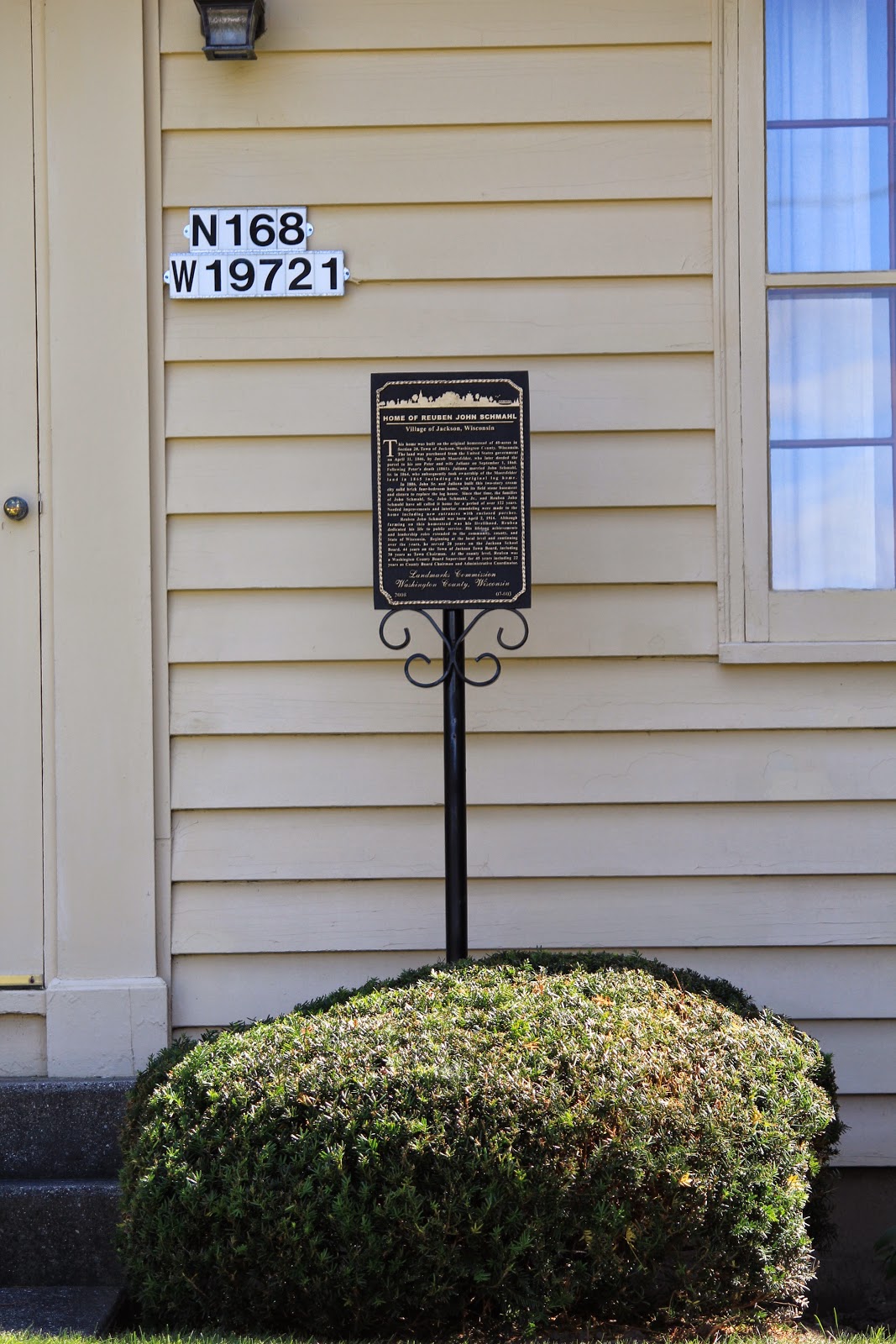 The marker is just to the right of the entrance. 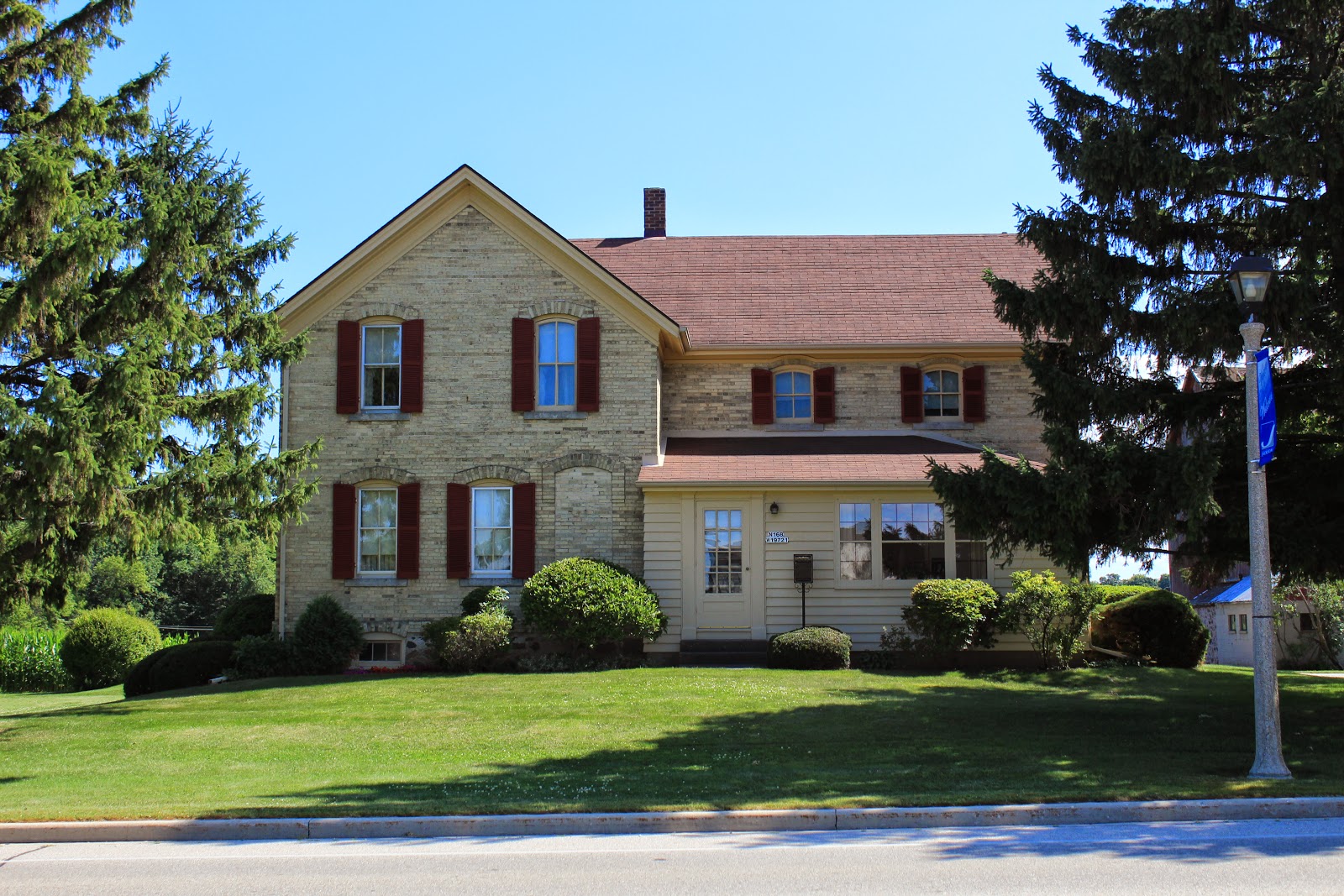 The marker is visible to the right of the entrance.