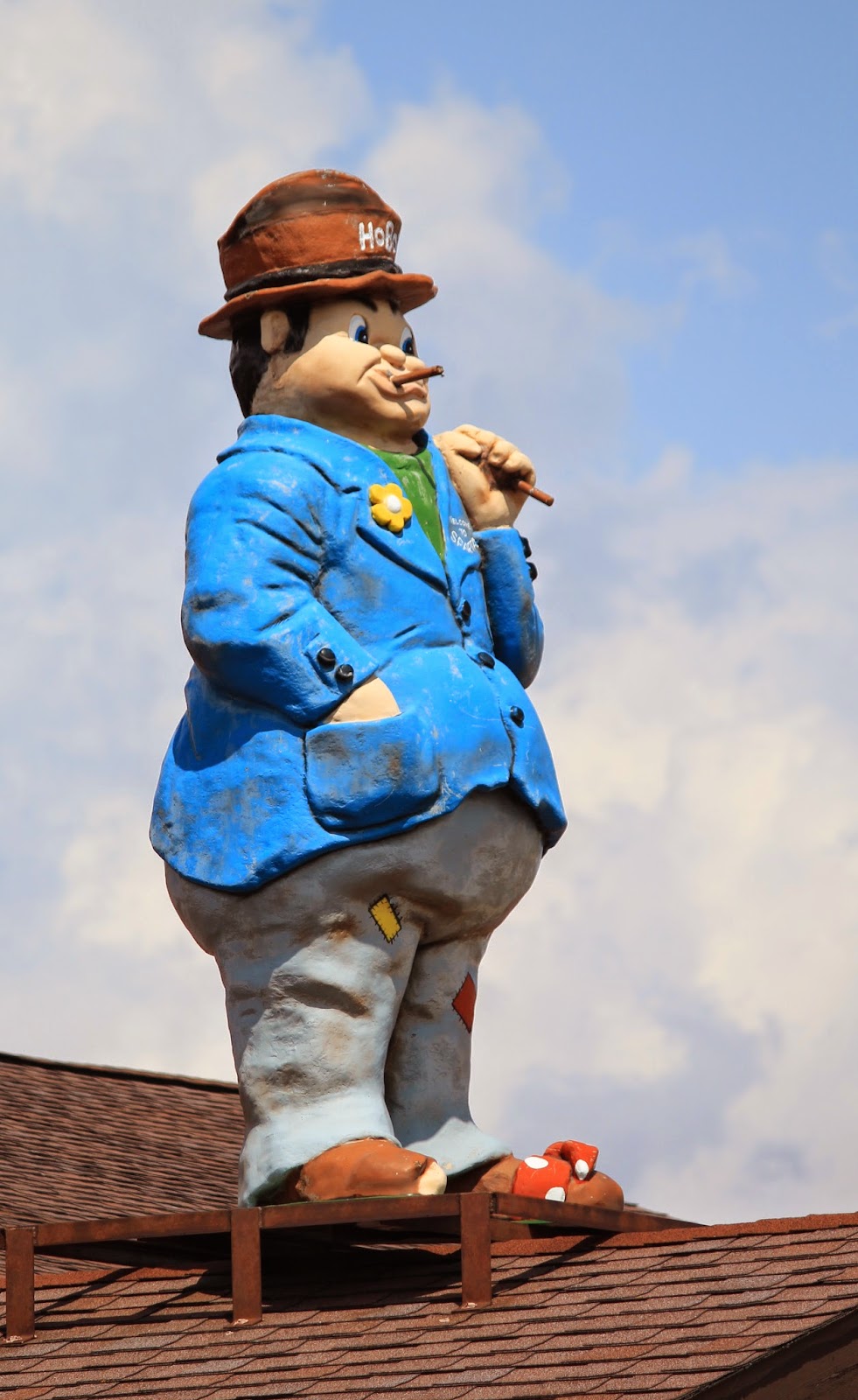 I first discovered HoBo's en route to Marker 371: Wisconsin's Luxembourgers. I was quite lost, and had reached my wit's end after driving around in circles for about 15 minutes. I decided to stop at HoBo's to ask for help. I was greeted by a friendly waitress who listened patiently as I described the historical marker and wondered if she knew where it was. She didn't know, but she asked around until she found someone who did. Turned out, I was only a couple of blocks from my destination! I would not have been able to find the marker without the kindness of that waitress.

Sadly, I've never had time to stop and eat at HoBo's Korner Kitchen! But the aroma of biscuits and gravy coming from the kitchen while I waited for the waitress had me salivating, and the restaurant has rave reviews on Urbanspoon and Yelp. Here's a link to the menu: Yum, yum!! 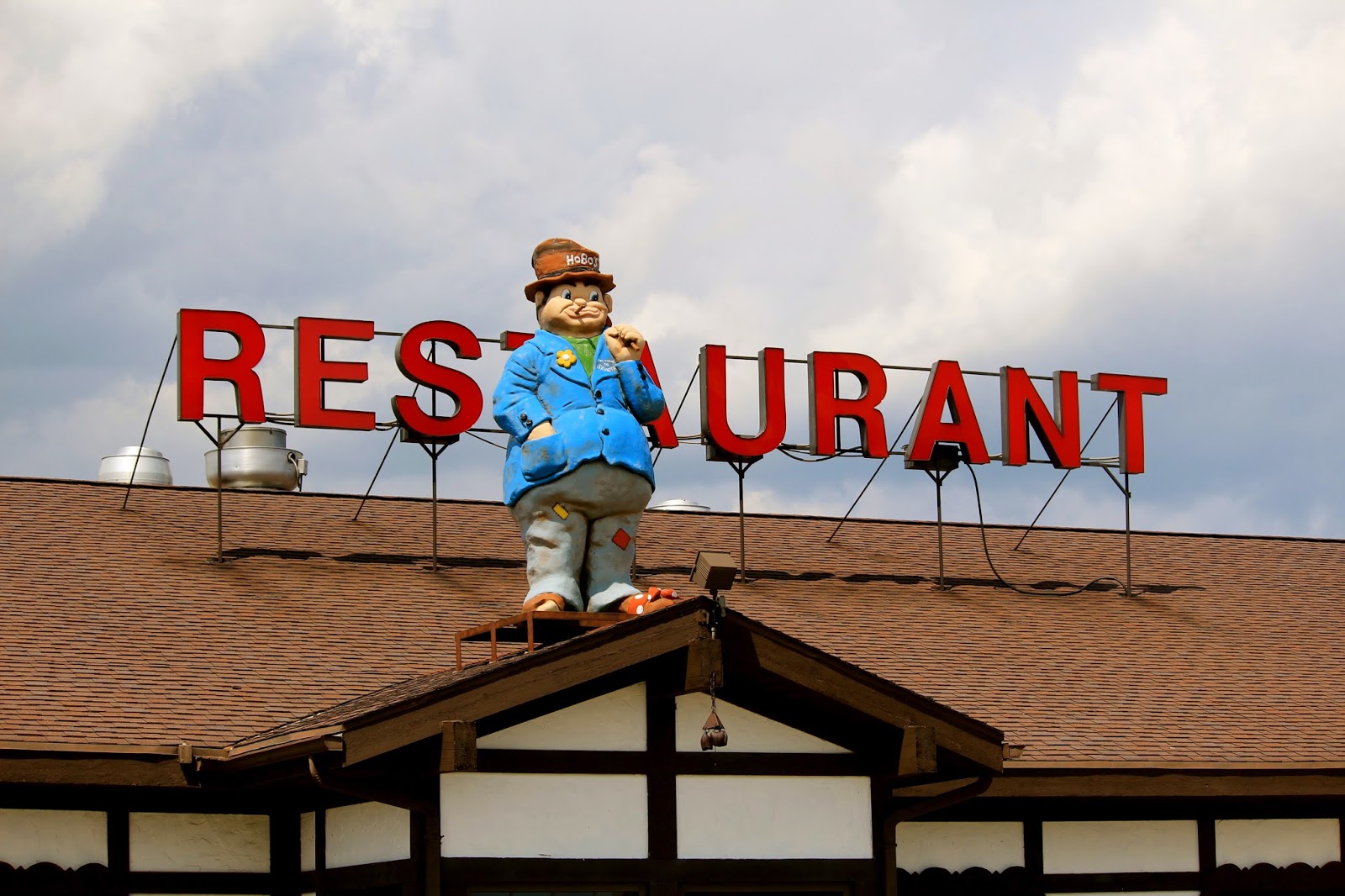 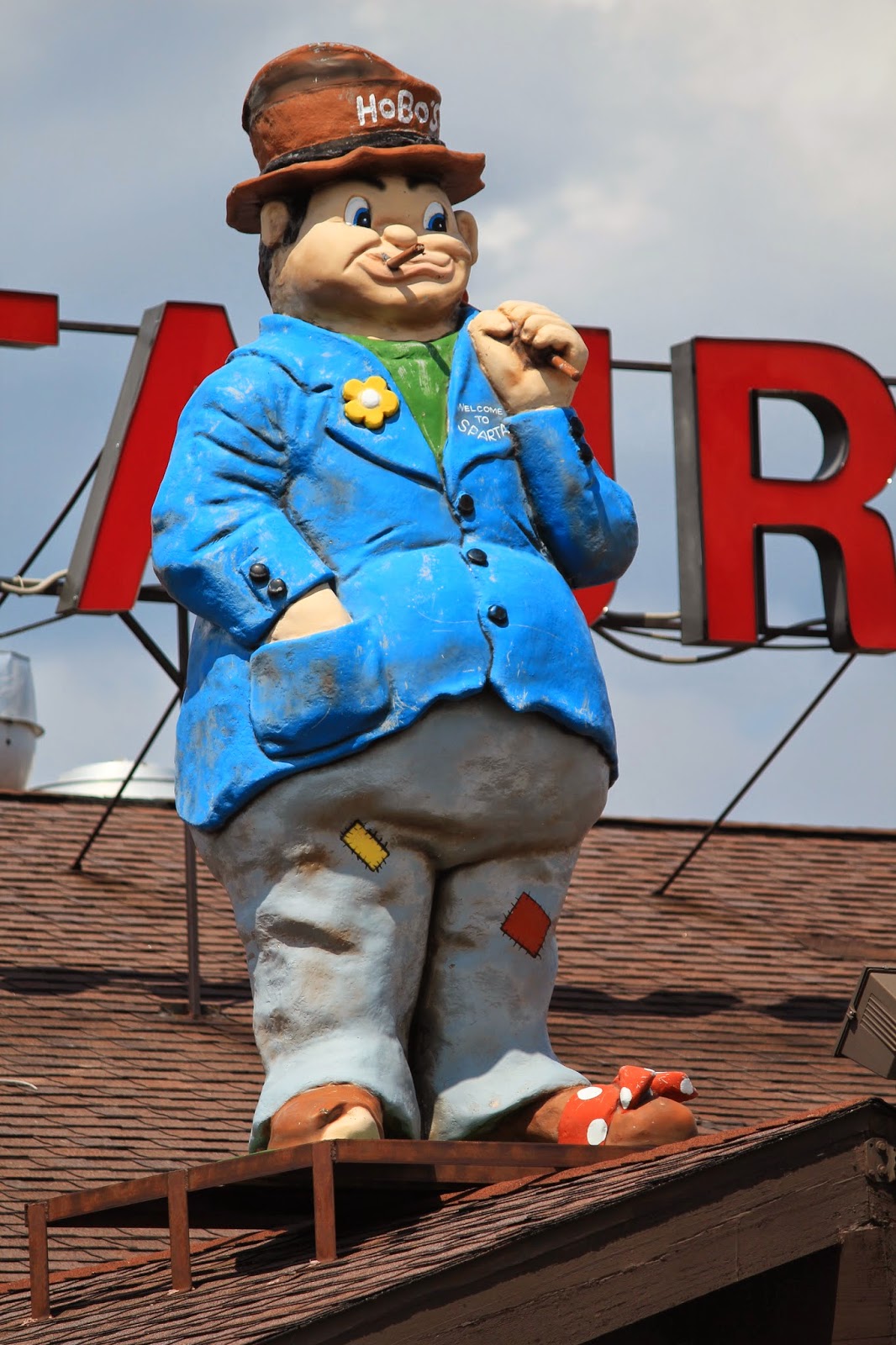 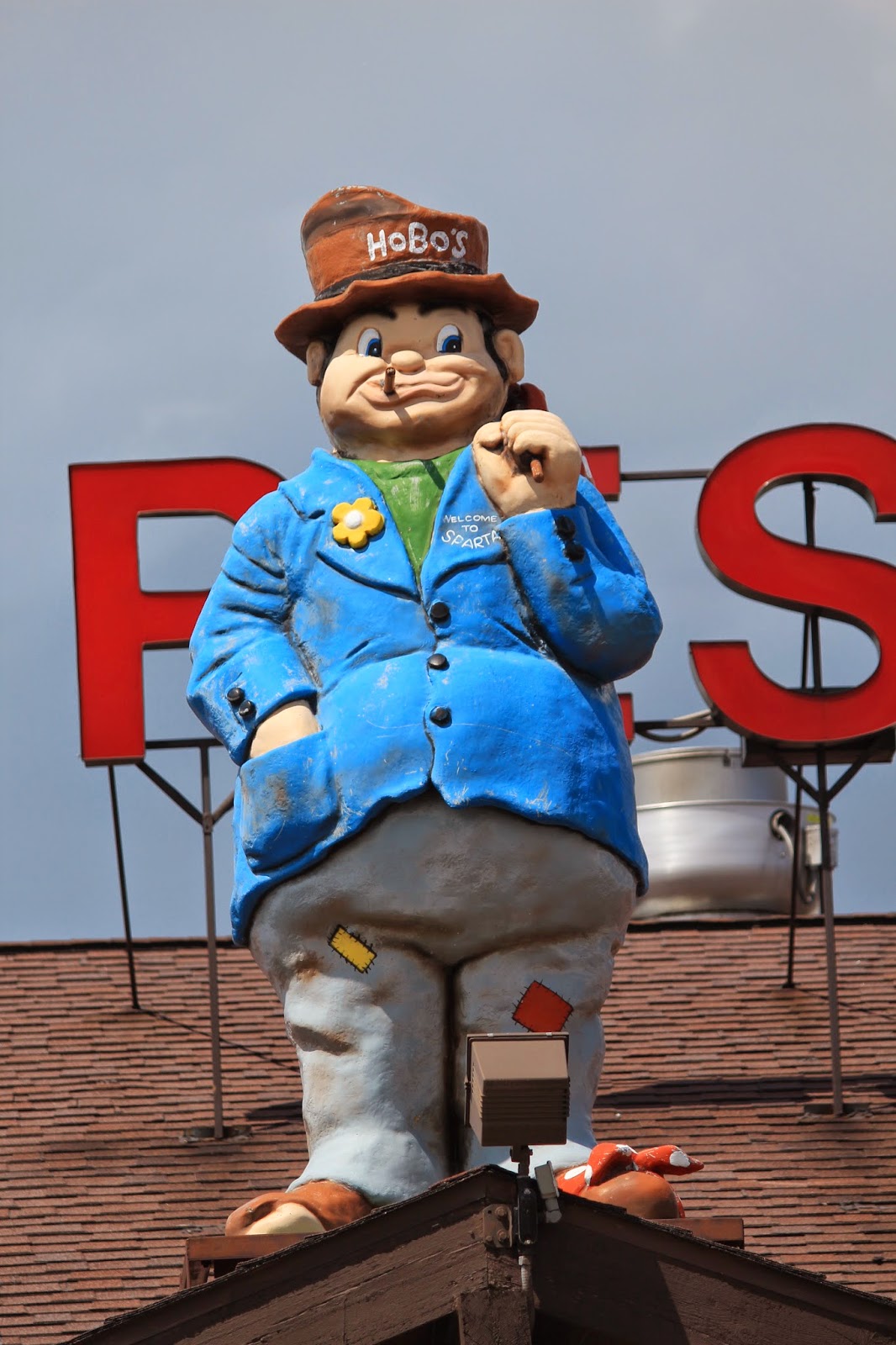 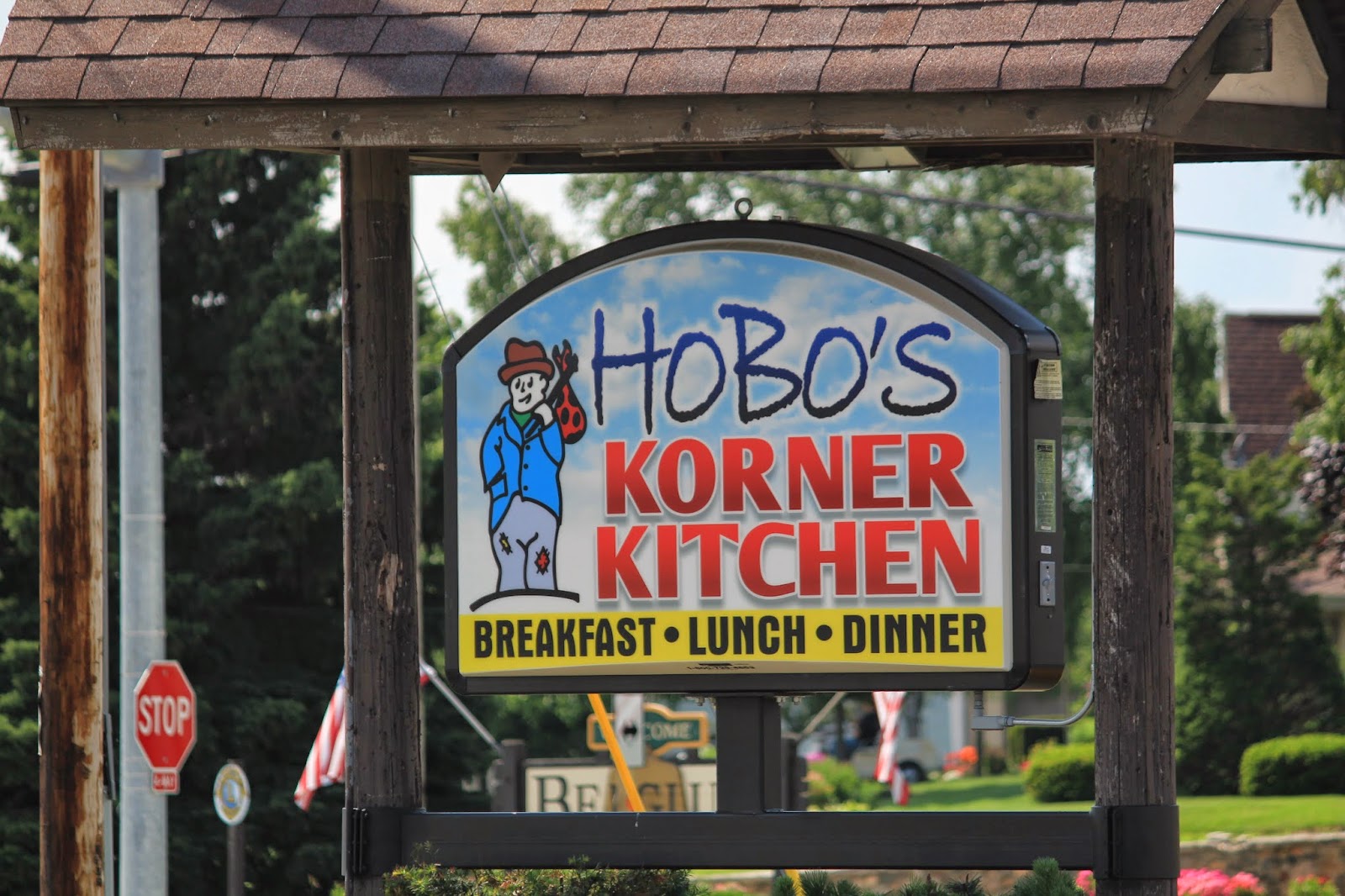 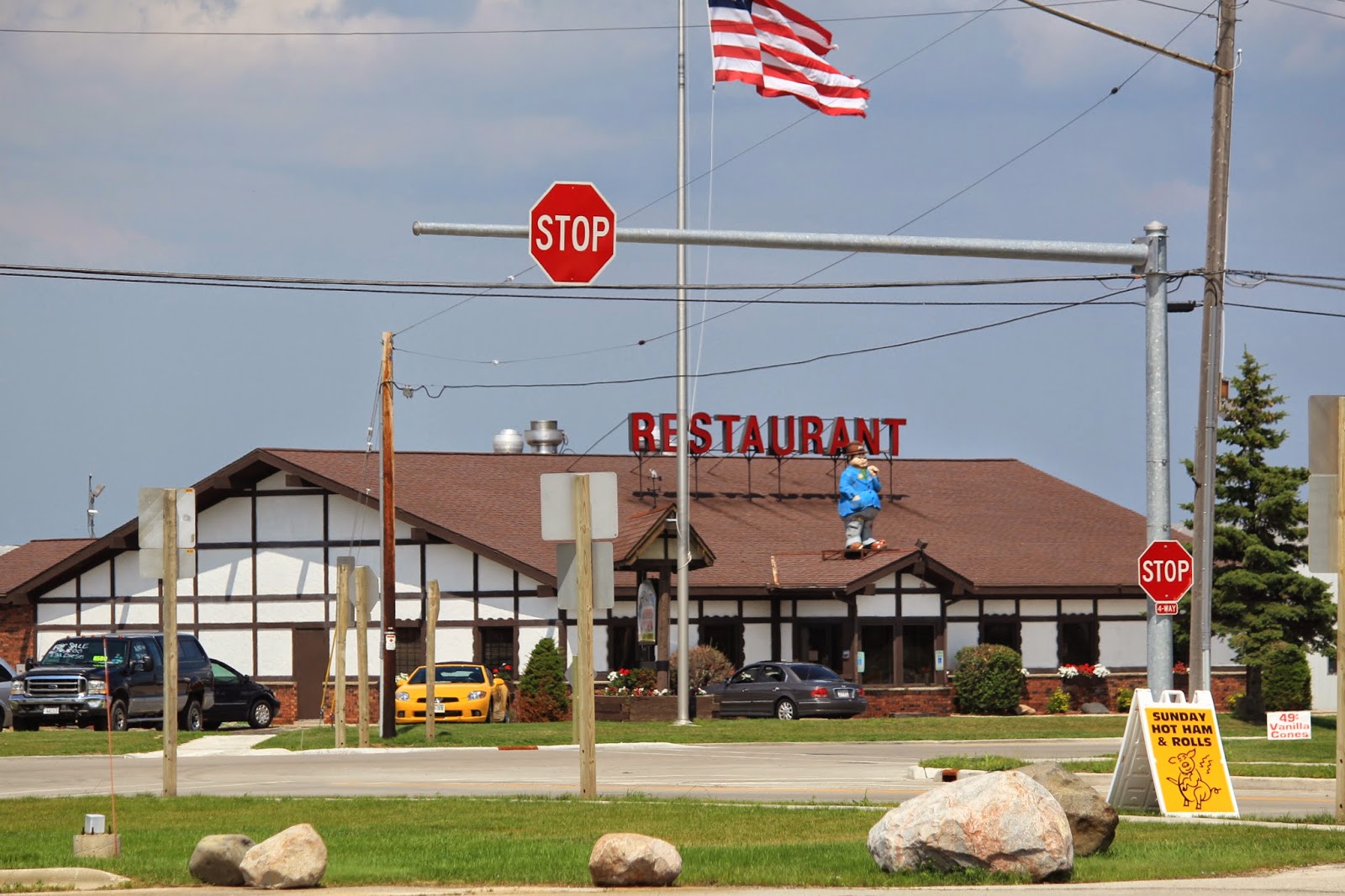 The view from the cheese shop kitty-corner from the restaurant.