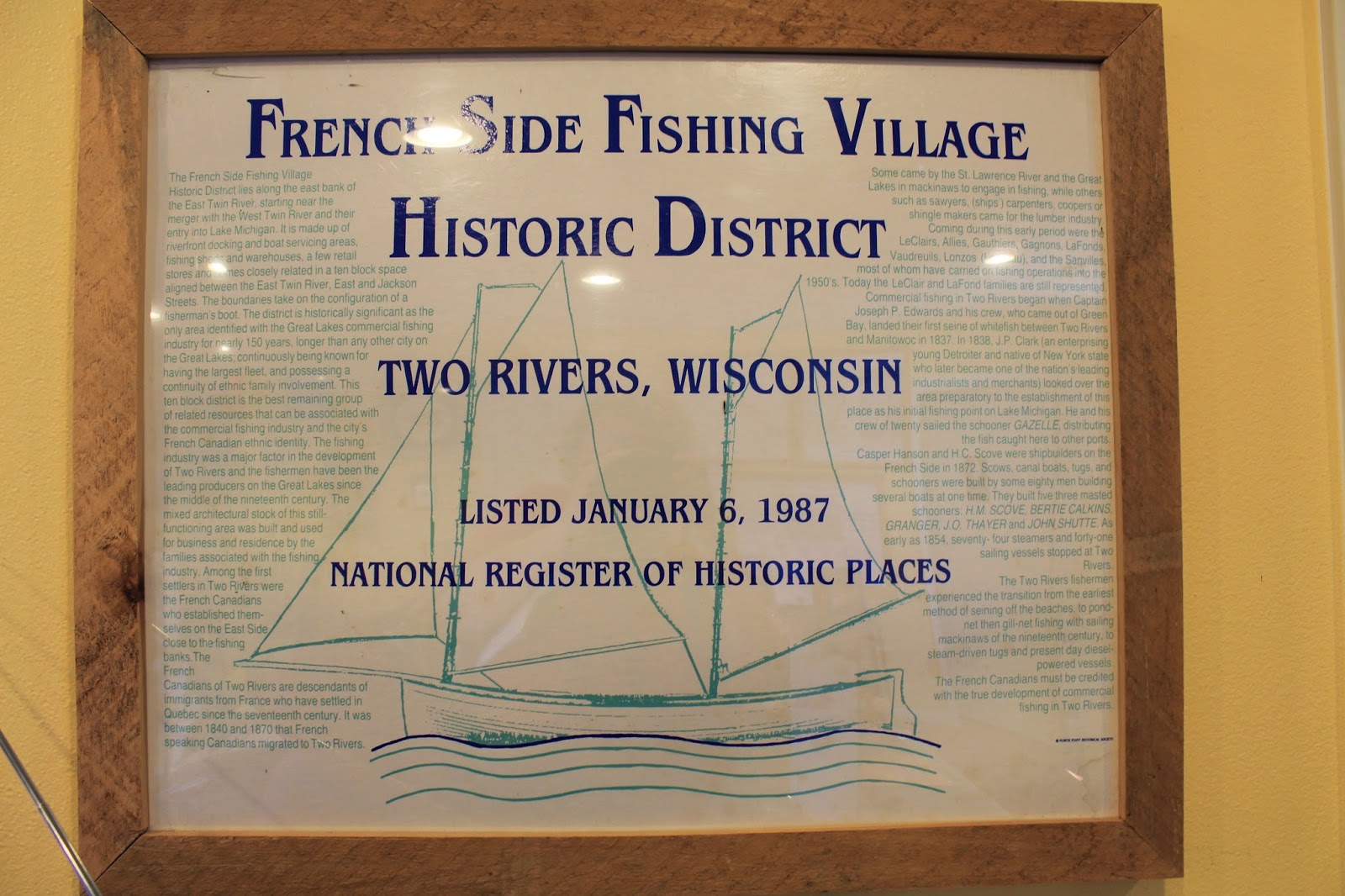 The French Side Fishing Village Historic District lies along the east bank of the East Twin River, starting near the merger with the West Twin River and their entry into Lake Michigan. It is made up of riverfront docking and boat servicing areas, fishing sheds and warehouses, a few retail stores and homes closely related in a ten block space aligned between the East Twin River, East and Jackson Streets. The boundaries take on the configuration of a fisherman's boot.

The district is historically significant as the only area identified with the Great Lakes commercial fishing industry for nearly 150 years, longer than any other city on the Great Lakes; continuously being known for having the largest fleet, and possessing a continuity of ethnic family involvement. This ten block district is the best remaining group of related resources that can be associated with the commercial fishing industry and the city's French Canadian ethnic identity.

The fishing industry was a major factor in the development of Two Rivers and the fisherman have been the leading producers on the Great Lakes since the middle of the nineteenth century. The mixed architectural stock and this still-functioning area was built and used for business and residence by the families associated with the fishing industry.

Among the first settlers in Two Rivers were the French Canadians who established themselves on the East Side close to the fishing banks. The French Canadians of Two Rivers are descendants of immigrants from  France who have settled in Quebec since the seventeenth century. It was between 1840 and 1870 that French speaking (sic) Canadians migrated to Two Rivers. Some came by the St. Lawrence River and the Great Lakes in mackinaws to engage in fishing, while others such as sawyers, (ships) carpenters, coopers or shingle makers came for the lumber industry.

Coming during the early period were the LeClairs, Allies, Gauthiers, Gagnons, LaFonds, Vaudreuils, Lonzos (illegible), and the Sanvilles, most of whom have carried on fishing operations into the 1950's. Today the LeClair and LaFond families are still represented.

Commercial fishing in Two Rivers began when Captain Joseph P. Edwards and his crew, who came out of Green Bay, landed their first seine of whitefish between Two Rivers and Manitowoc in 1937. In 1838, J.P. Clark (an enterprising young Detroiter and native of New York state (sic) who later became one of the nation's leading industrialists and merchants) looked over the area preparatory to the establishment of this place as his initial fishing port on Lake Michign. He and his crew of twenty sailed the schooner GAZELLE, distributing the fish caught here to other ports.

Casper Hanson and H.C. Scove were shipbuilders on the French Side in 1872. Scows, canal boats, tugs, and schooners were built by some eighty men building several boats at one time. They guilt five masted (sic) schooners: H.M. SCOVE, BERTIE CALKINS, GRANGER, J.O. THAYER and JOHN SHUTTE. As early as 1854, seventy-four steamers and forty-one sailing vessels stopped at Two Rivers.

The Two Rivers fishermen experienced the transition from the earliest method of seining off the beaches, to pond-net then gill-net fishing with mackinaws of the nineteenth century, to steam-driven tugs and present day diesel-powered vessels. The French Canadians must be credited with the true development of commercial fishing in Two Rivers. 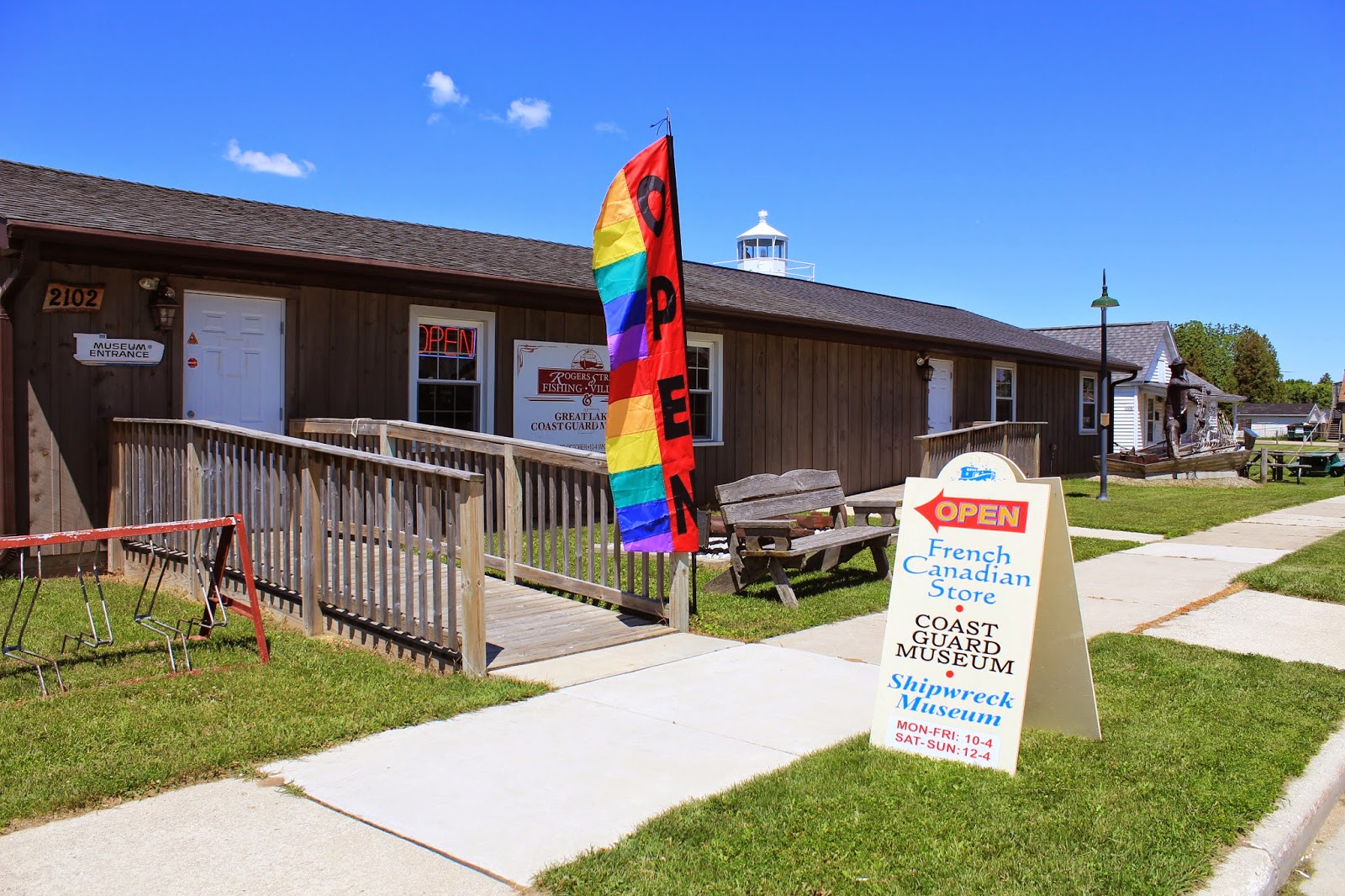 The marker is just inside the entrance, on the wall to the right of the front door. 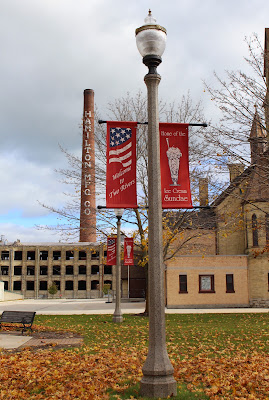