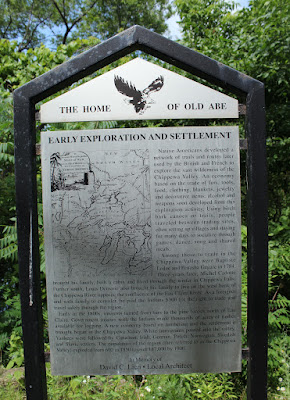 Native Americans developed a network of trails and routes later used by the British and French to explore the vast wilderness of the Chippewa Valley. An economy based on the trade of furs, tools, food, clothing, blankets, jewelry and decorative items, alcohol and weapons soon developed from this exploration activity. Using birch bark canoes or trails, people traveled between trading sites, often setting up villages and staying for many days to socialize through games, dance, song and shared meals.

Among those to trade in the Chippewa Valley were Baptiste Leduc and Penasha Gegare in 1784. Three years later, Michel Cadotte brought his family, built a cabin and lived through the winter in Chippewa Falls. Further south, Louis Demarie also brought his family to live on the west bank of the Chippewa River opposite the confluence of the Eau Claire River. As a foreigner and with family to consider, he paid the Indians $300 for the right to trade and travel safely through the region.

Early in the 1800s, interests turned from furs to the pine forests north of Eau Claire. Government treaties with the Indians made thousands of acres of timber available for logging. A new economy based on lumbering and the settlement it brought began in the Chippewa Valley. White immigrants poured into the valley. Yankees were followed by Canadian, Irish, German, Polish, Norwegian, Swedish and Slavic settlers. The population of the region (then referred to as the Chippewa Valley) exploded from 600 in 1850 to over 187,000 by 1900.

NOTE: This marker is treacherous to access and in an isolated area. While I was taking my photographs, I discovered a homeless man in his 20's on the river's edge, at the bottom of a steep embankment. His behavior made me uncomfortable, so I left. When I reached my vehicle, I discovered him close behind me. Very scary!

This marker is No. 1 in a series of markers erected by the Eau Claire Landmarks Commission. 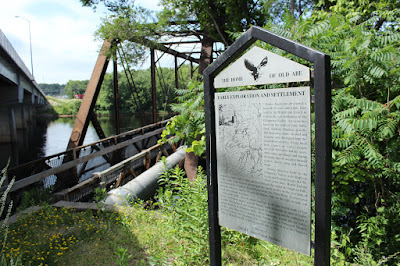 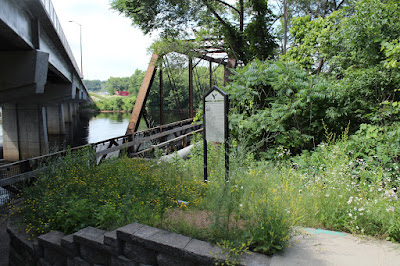 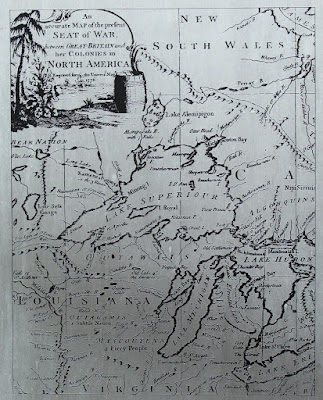 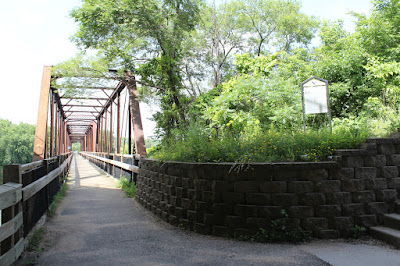 The marker is nearly inaccessible. 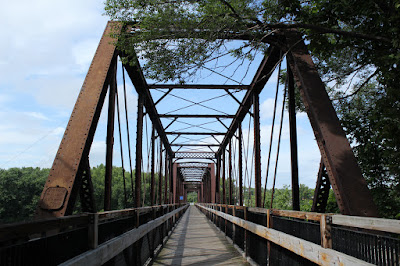 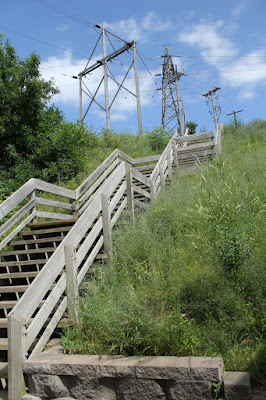 You'll have to descend these stairs to access the marker. 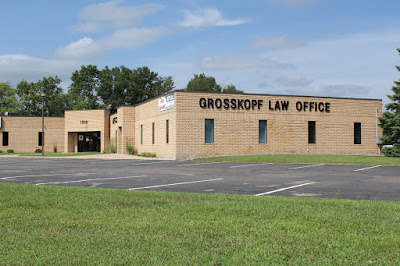 View from the Chippewa River State Trail
of the parking lot to access the marker.