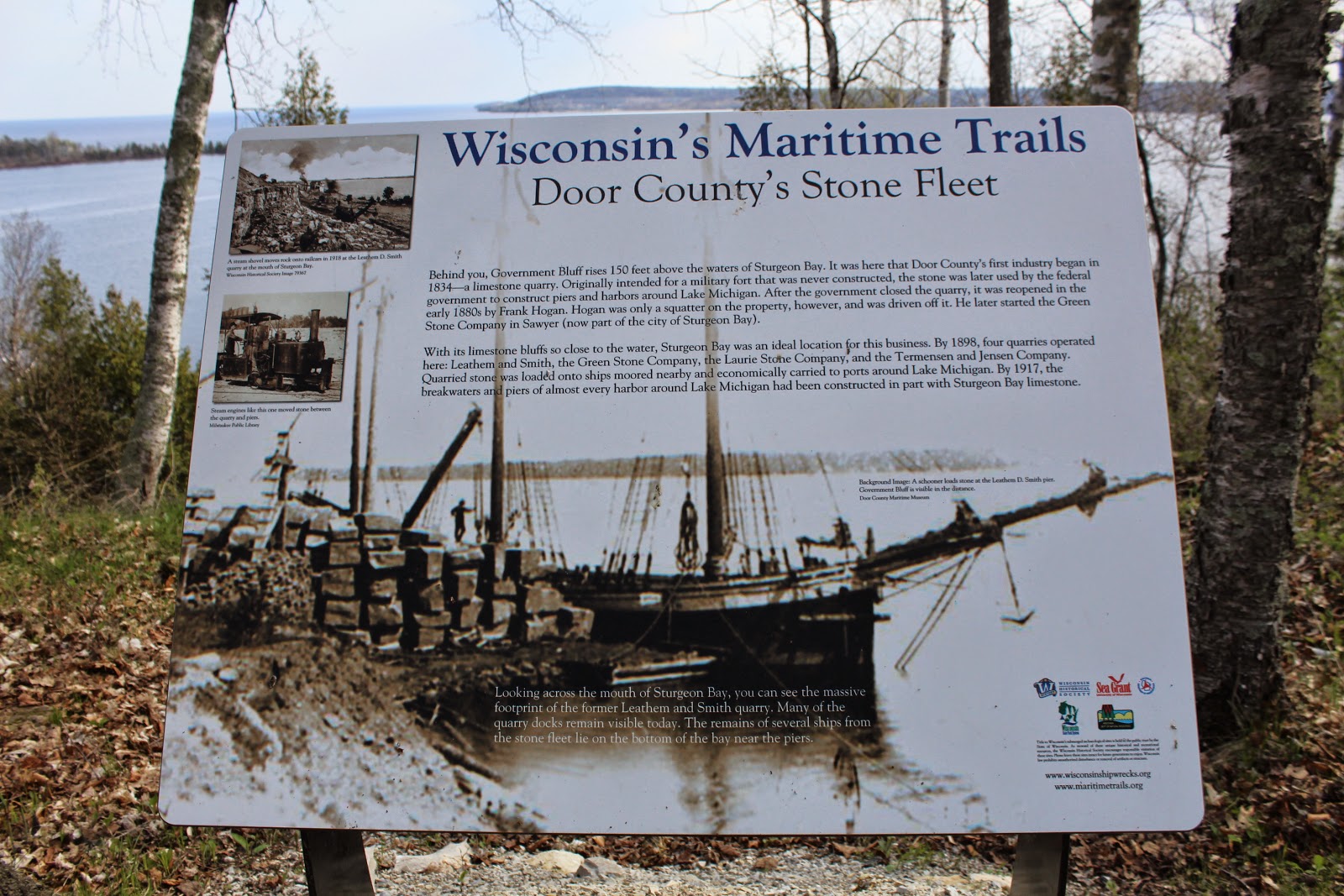 Behind you, Government Bluff rises 150 feet above the waters of Sturgeon Bay. It was here that Door County’s first industry began in 1834- a limestone quarry. Originally intended for a military fort that was never constructed, the stone was later used by the federal government to construct piers and harbors around Lake Michigan. After the government closed the quarry, it was reopened in the early 1880s by Frank Hogan. Hogan was only a squatter on the property, however, and was driven off it. He later started the Green Stone Company in Sawyer (now part of the city of Sturgeon Bay).

With its limestone bluffs so close to water, Sturgeon Bay was an ideal location for this business. By 1898, four quarries operated here: Leathern and Smith, the Green Stone Company, the Laurie Stone Company, and the Termensen and Jensen Stone Company. Quarried stone was loaded onto ships moored nearby and economically carried to ports around Lake Michigan. By 1917 the breakwaters and piers of almost every harbor around Lake Michigan had been constructed in part with Sturgeon Bay limestone.

These markers are also located at Potawatomi State Park: 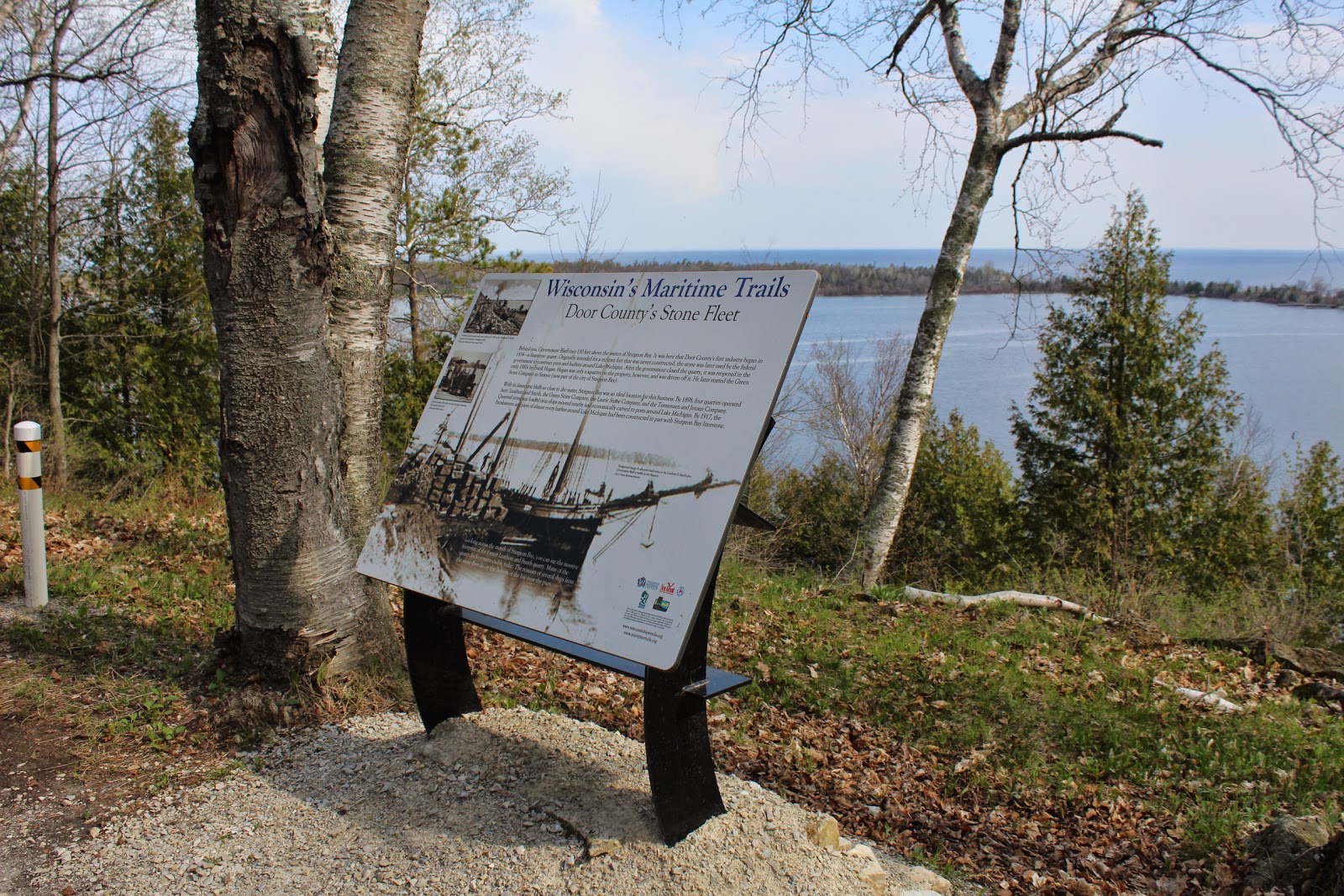 The view from the marker location is breathtaking! 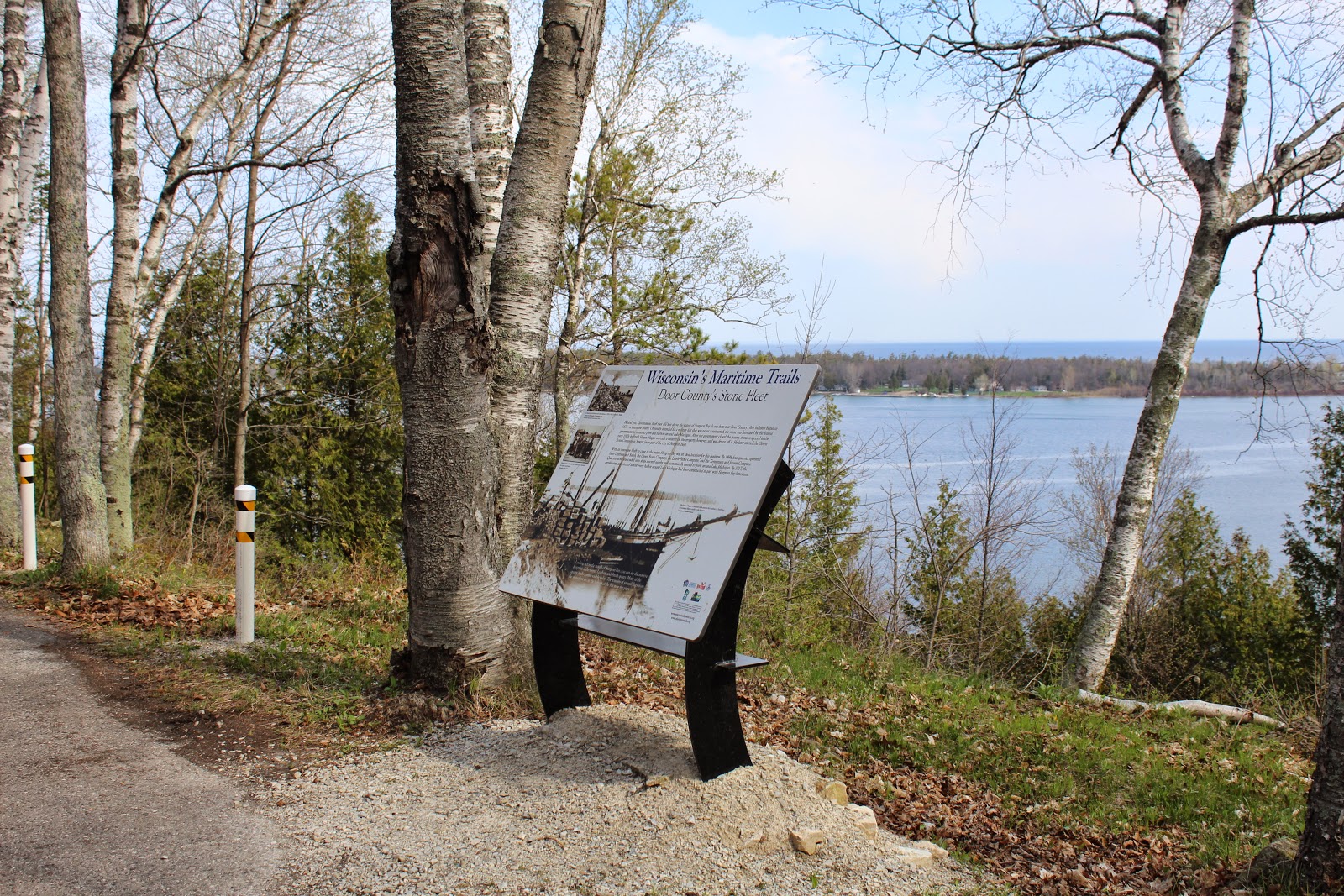 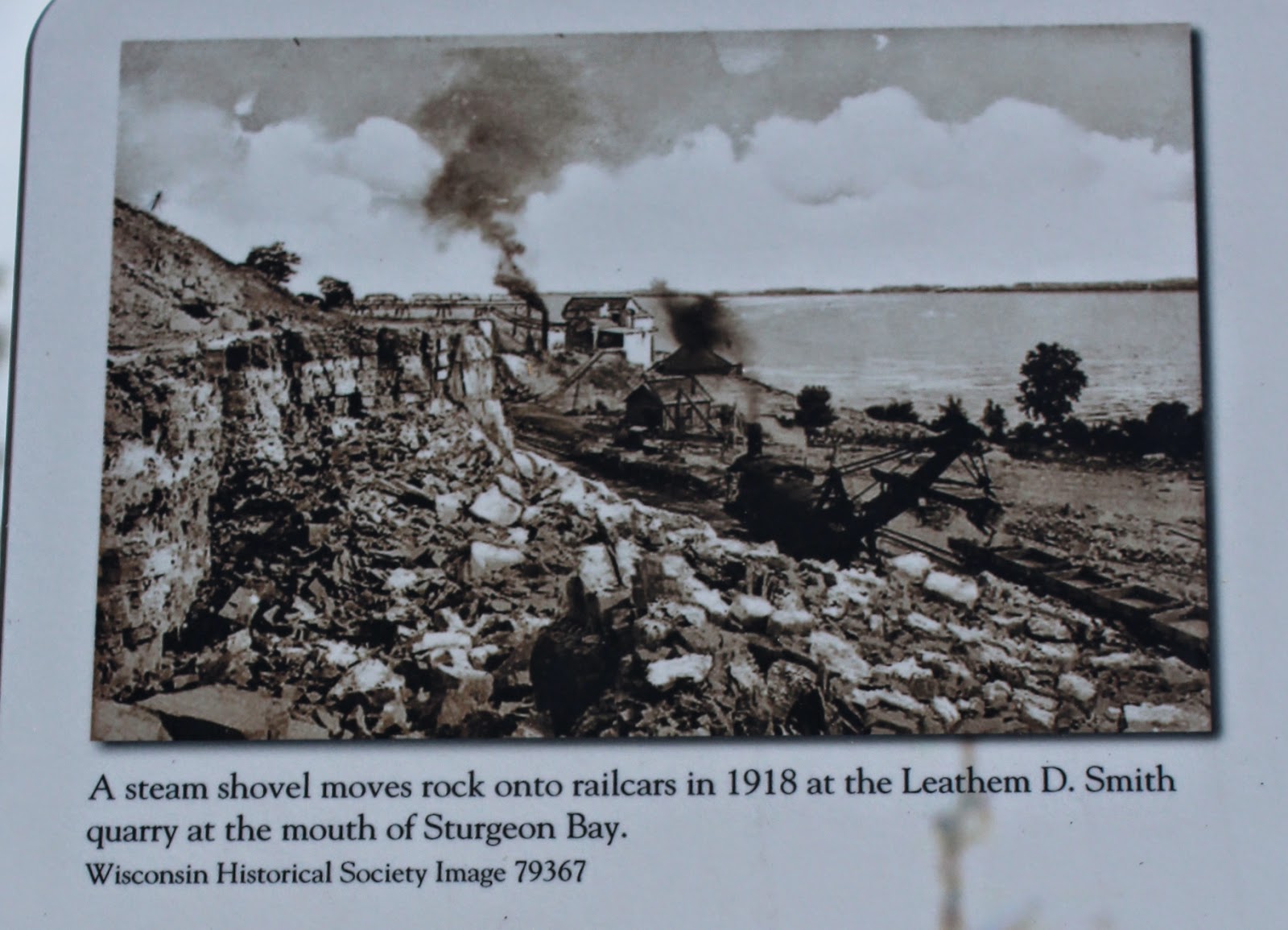 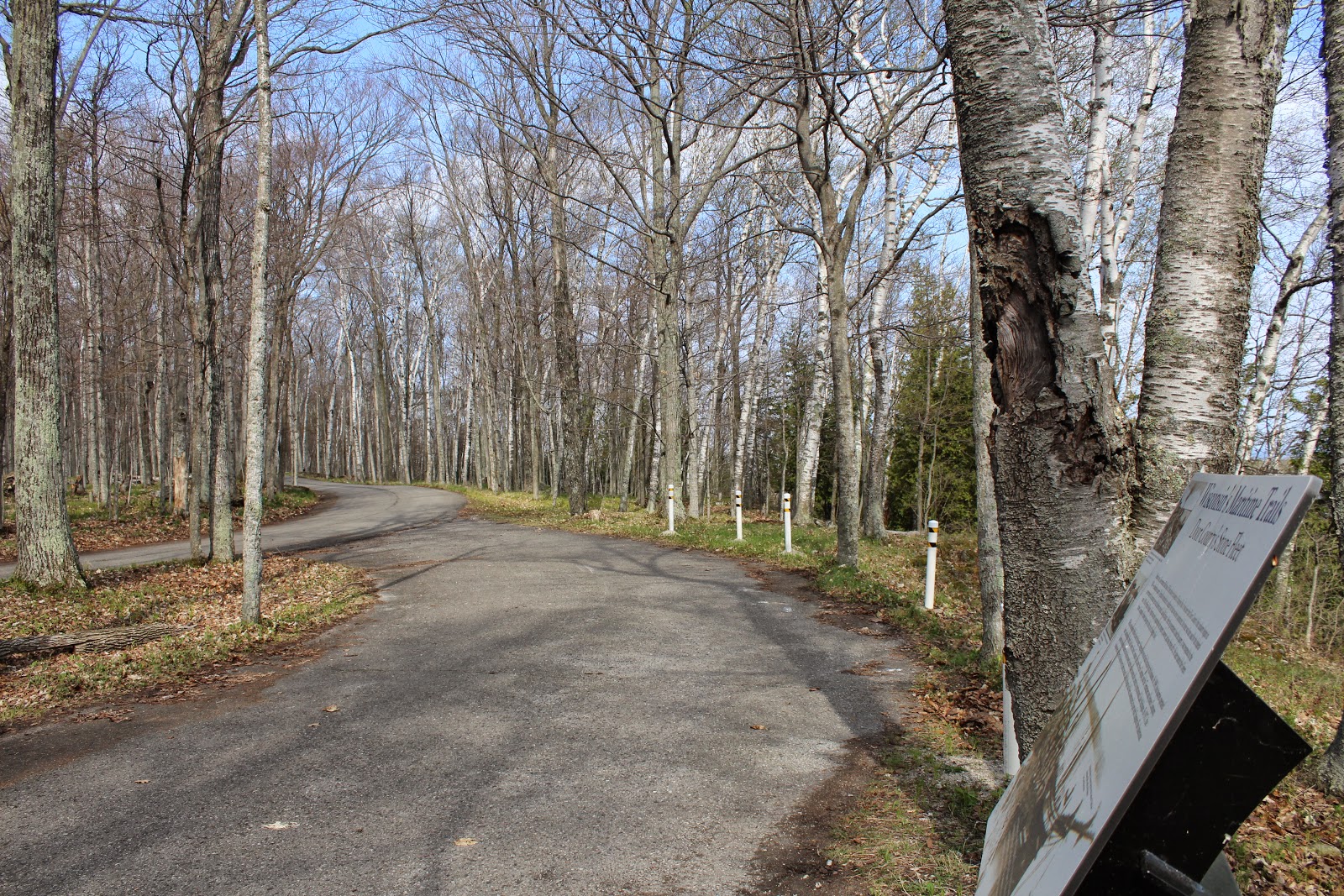 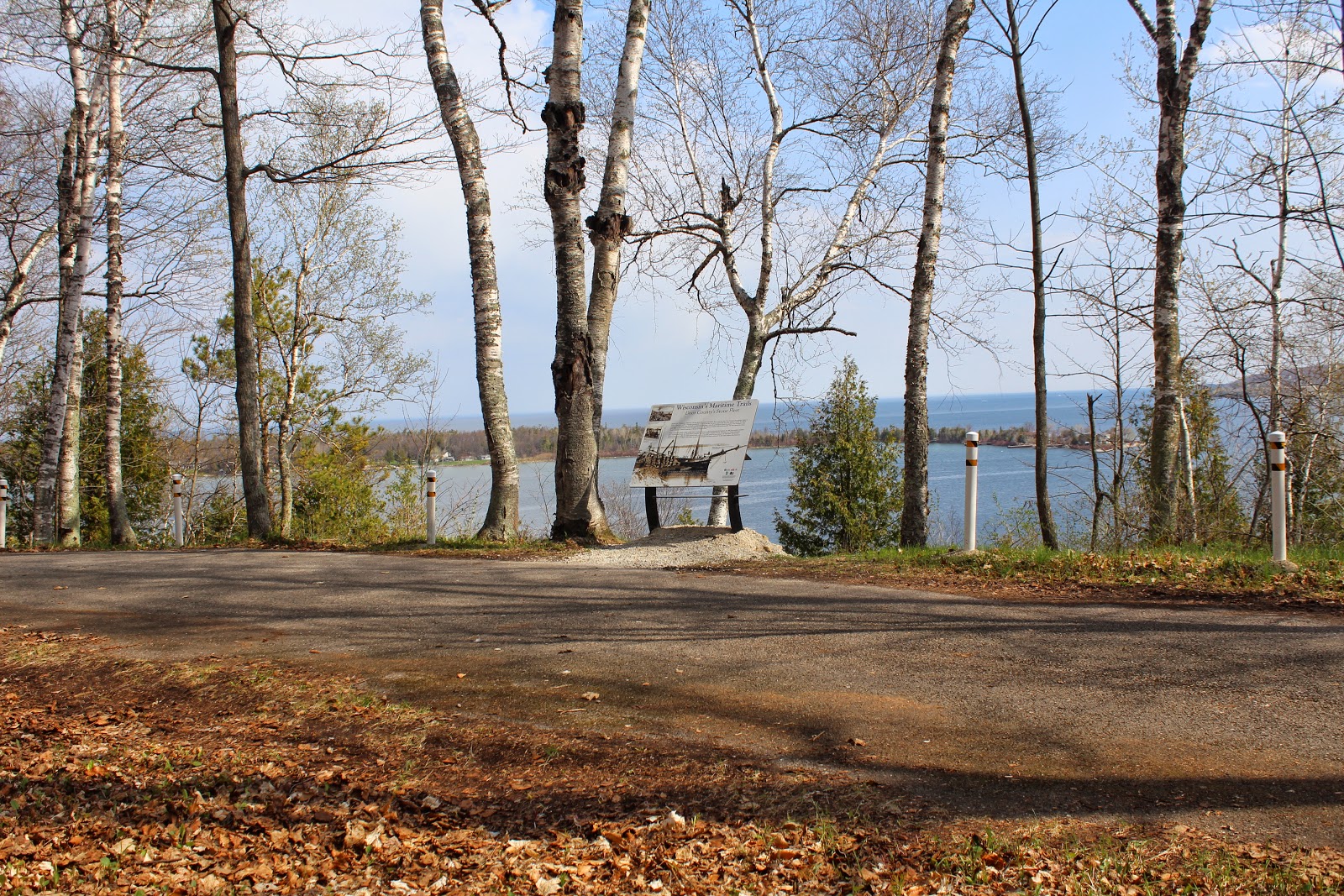 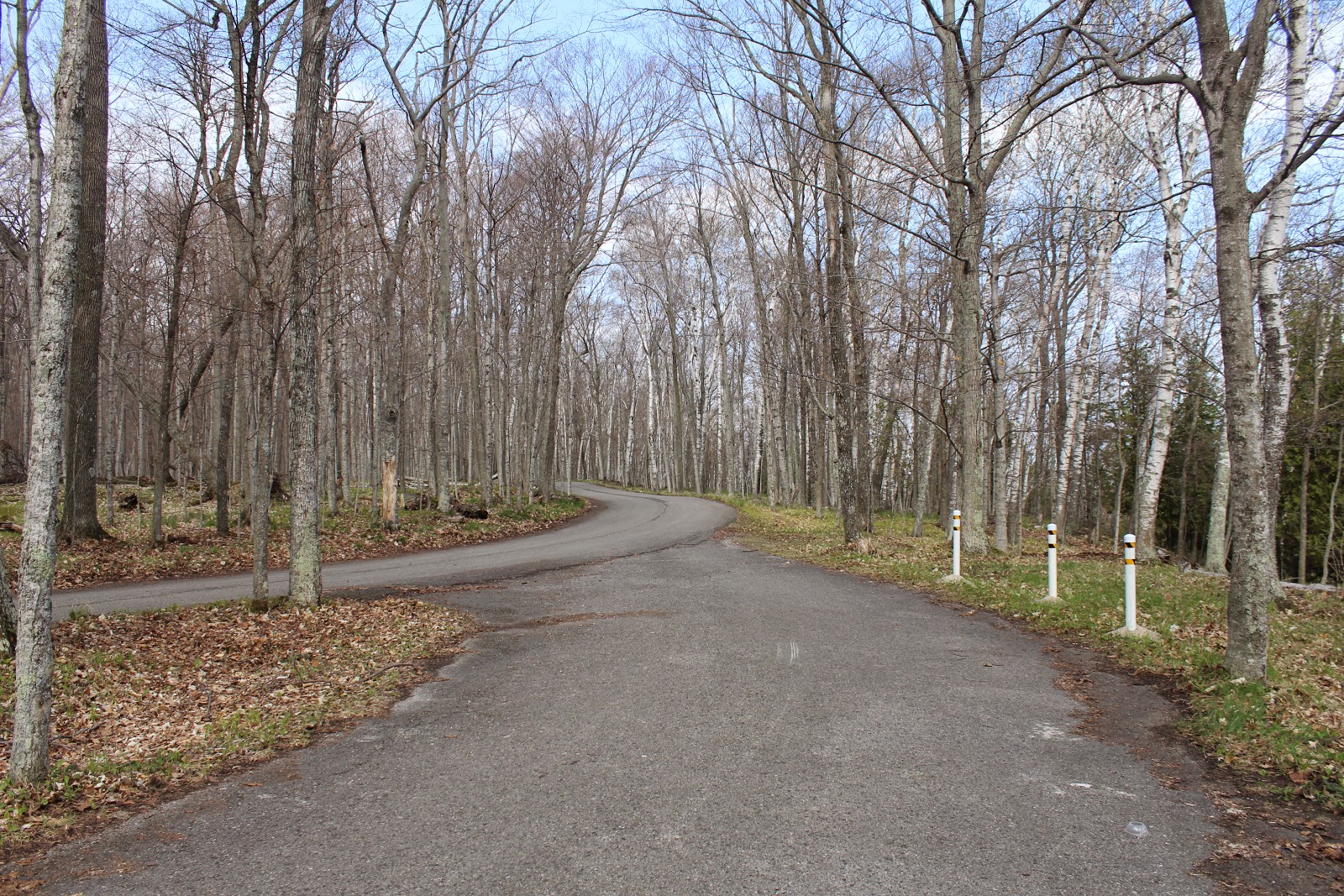 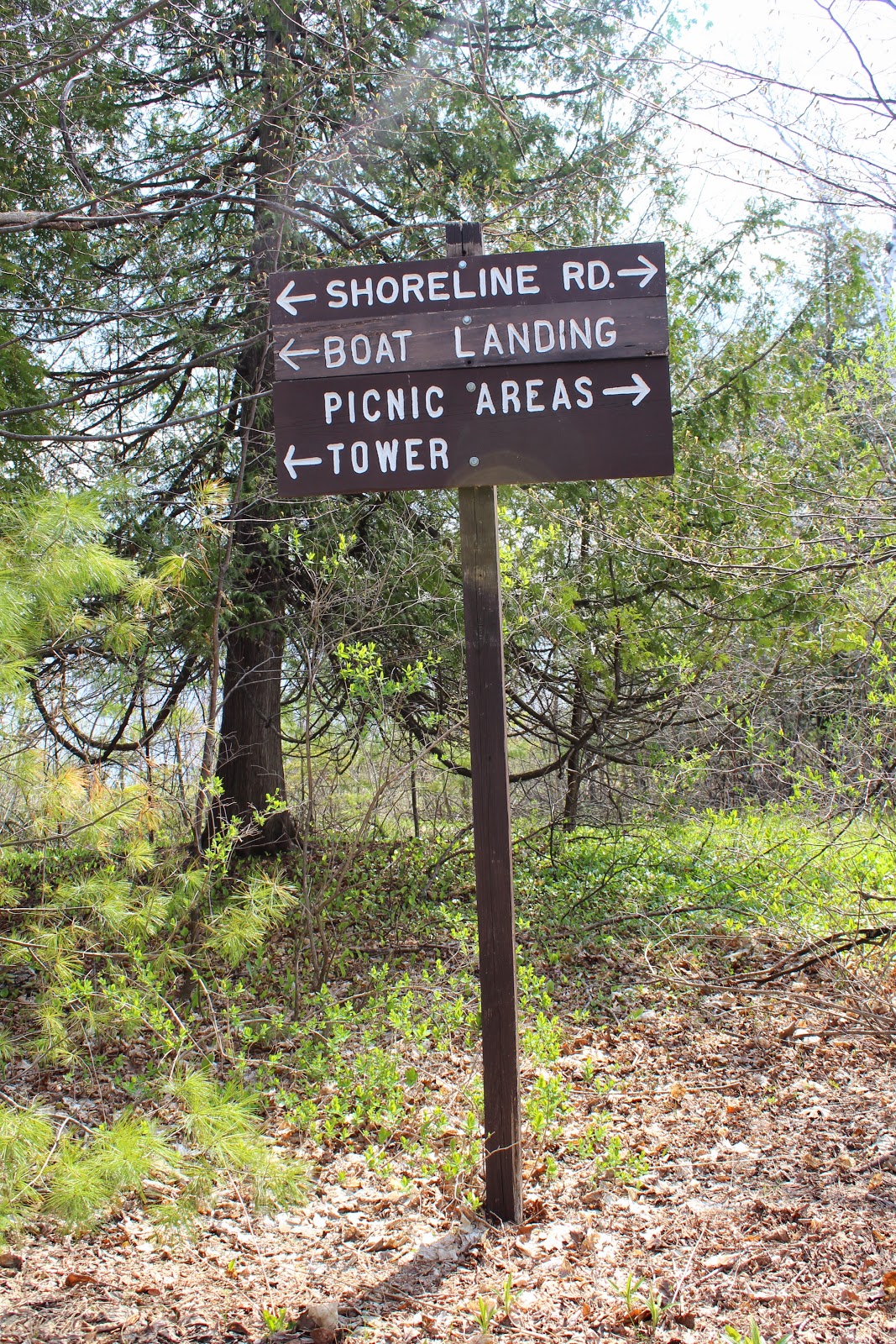 Once inside the park, just follow the signs to the Tower. 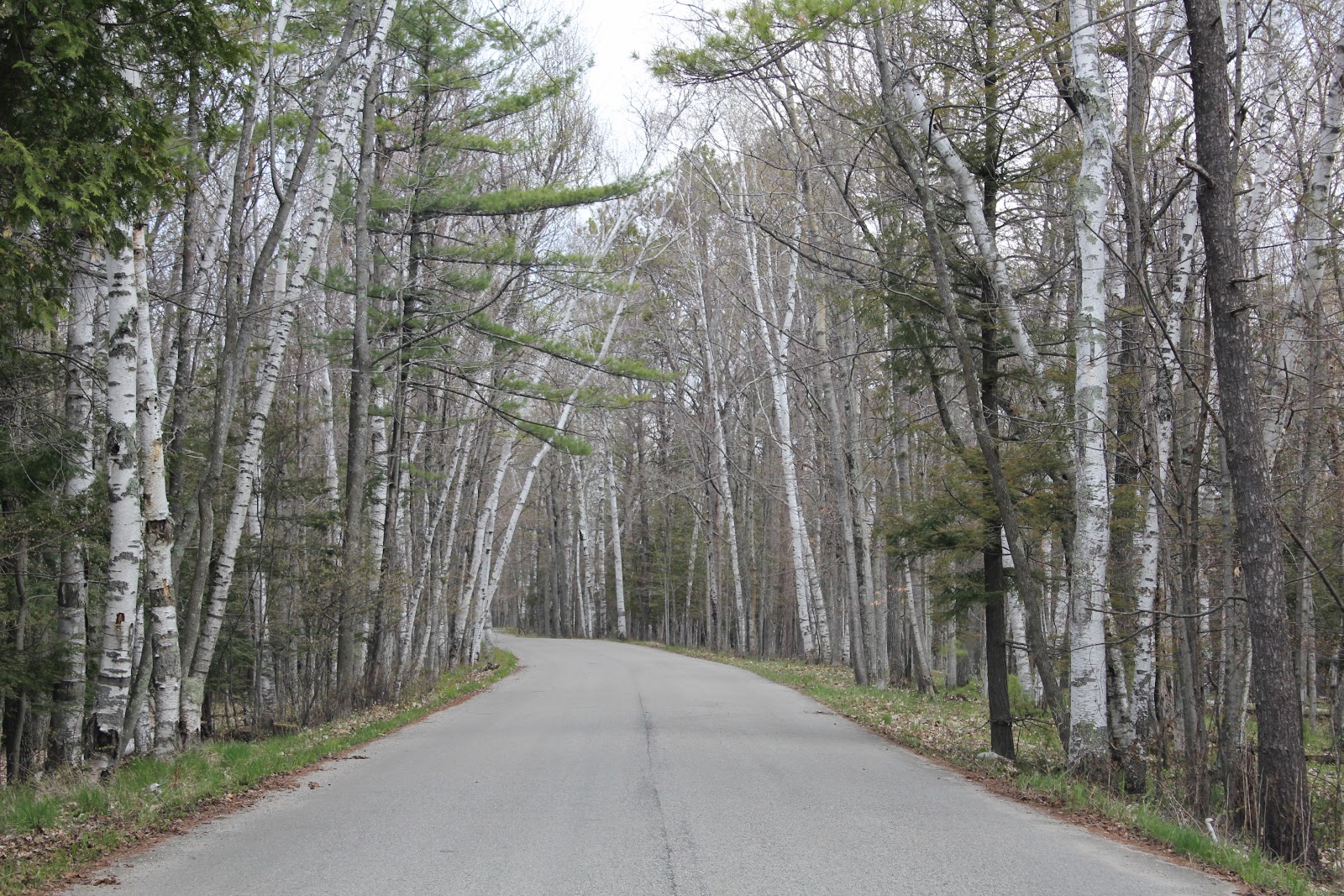 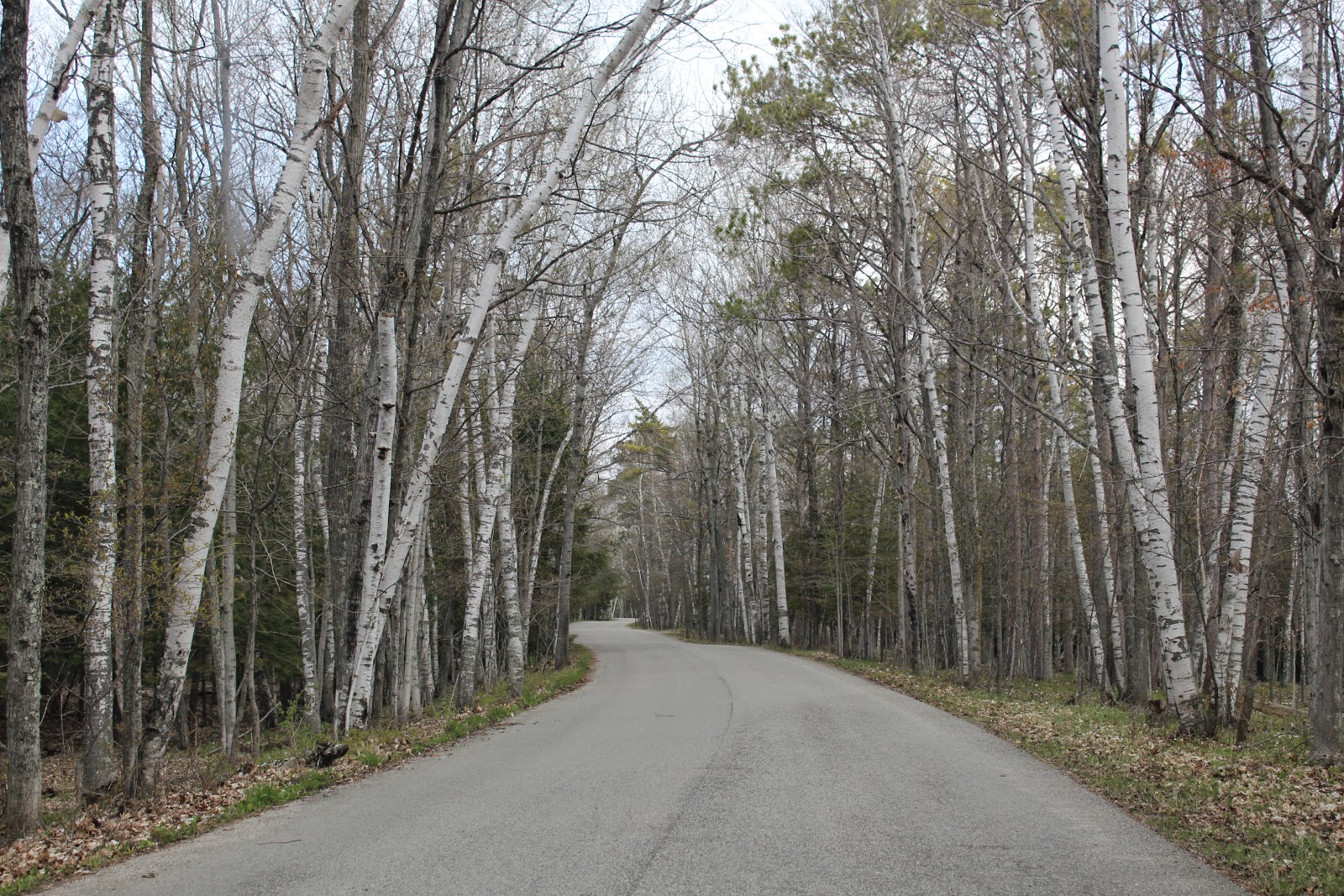 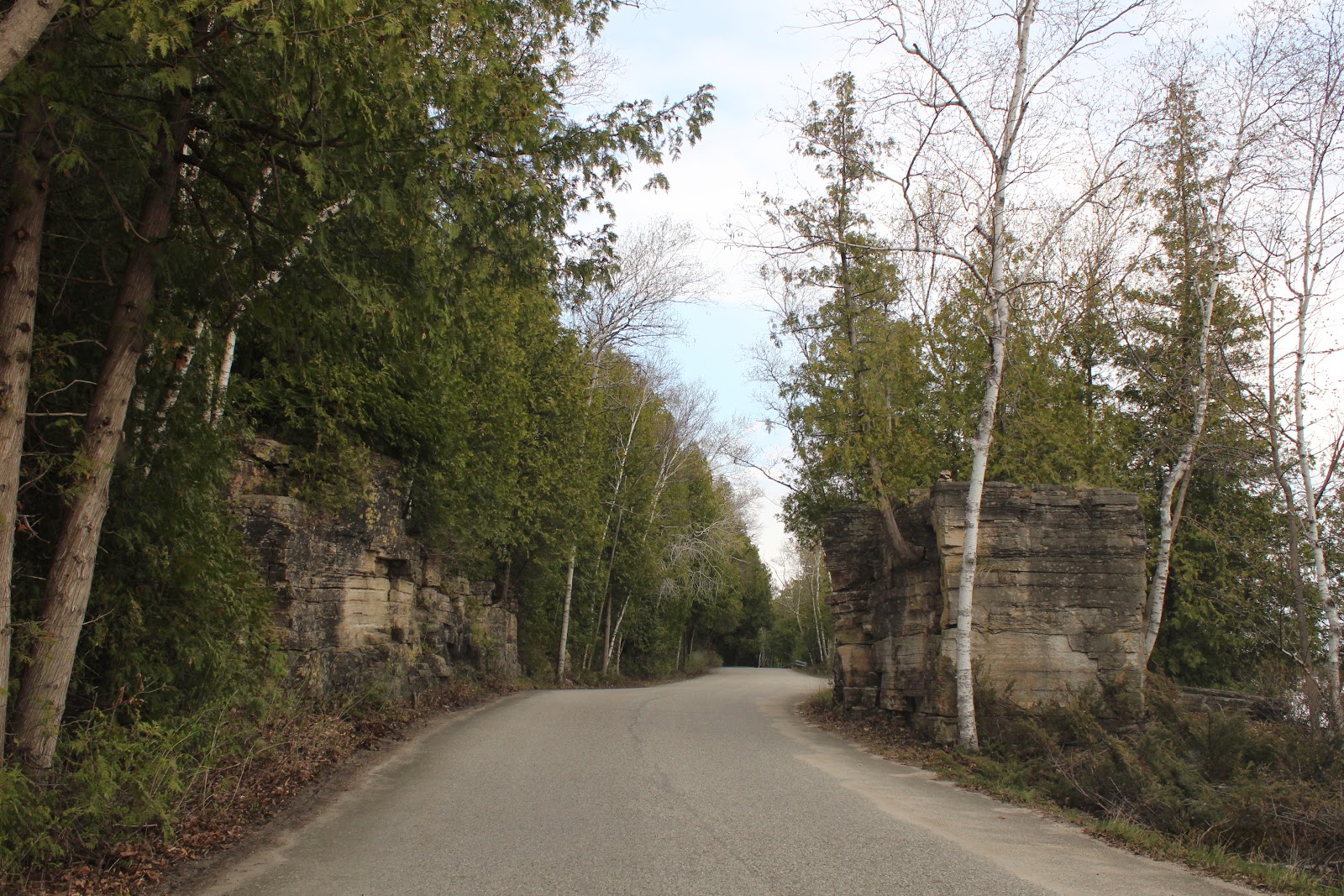 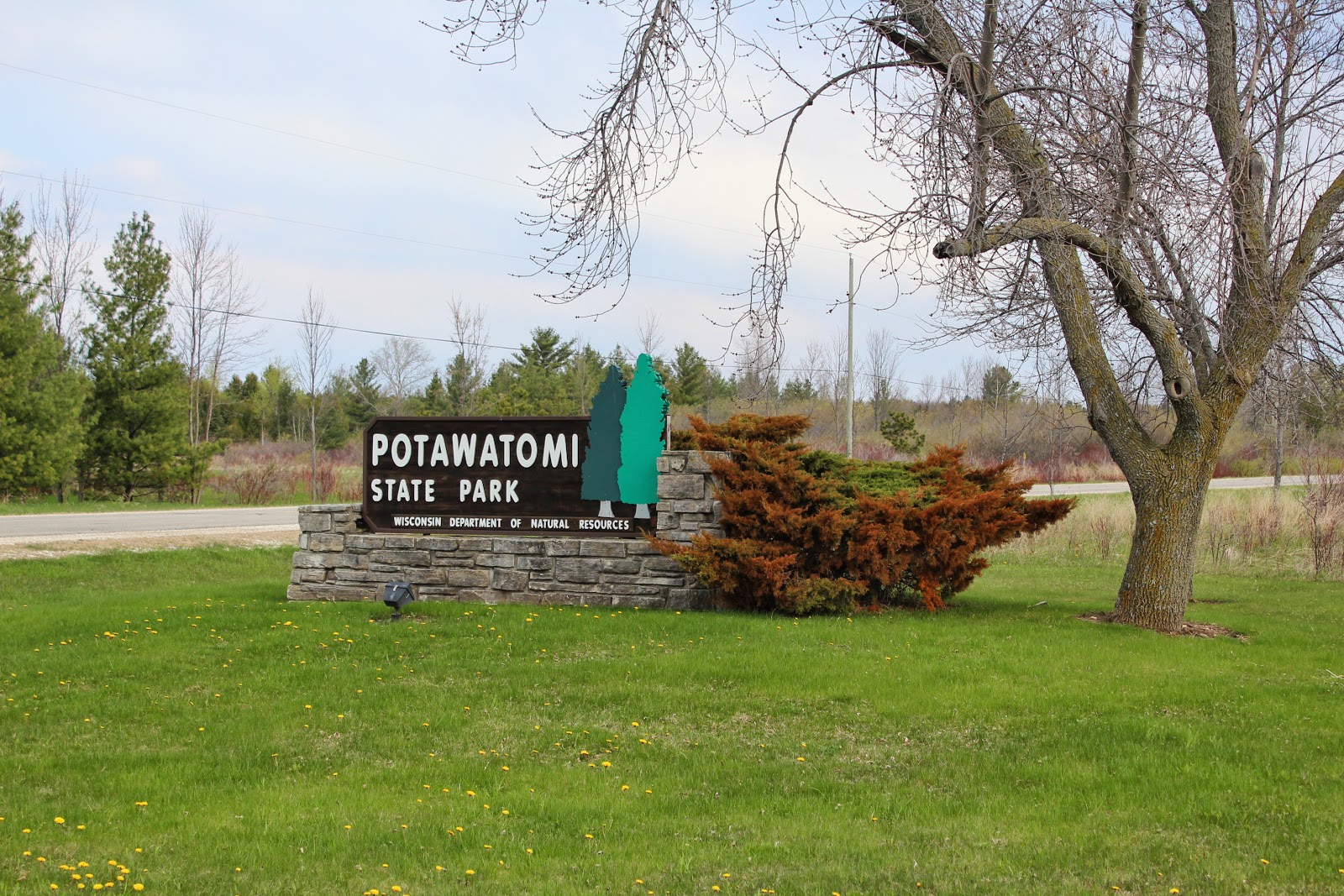 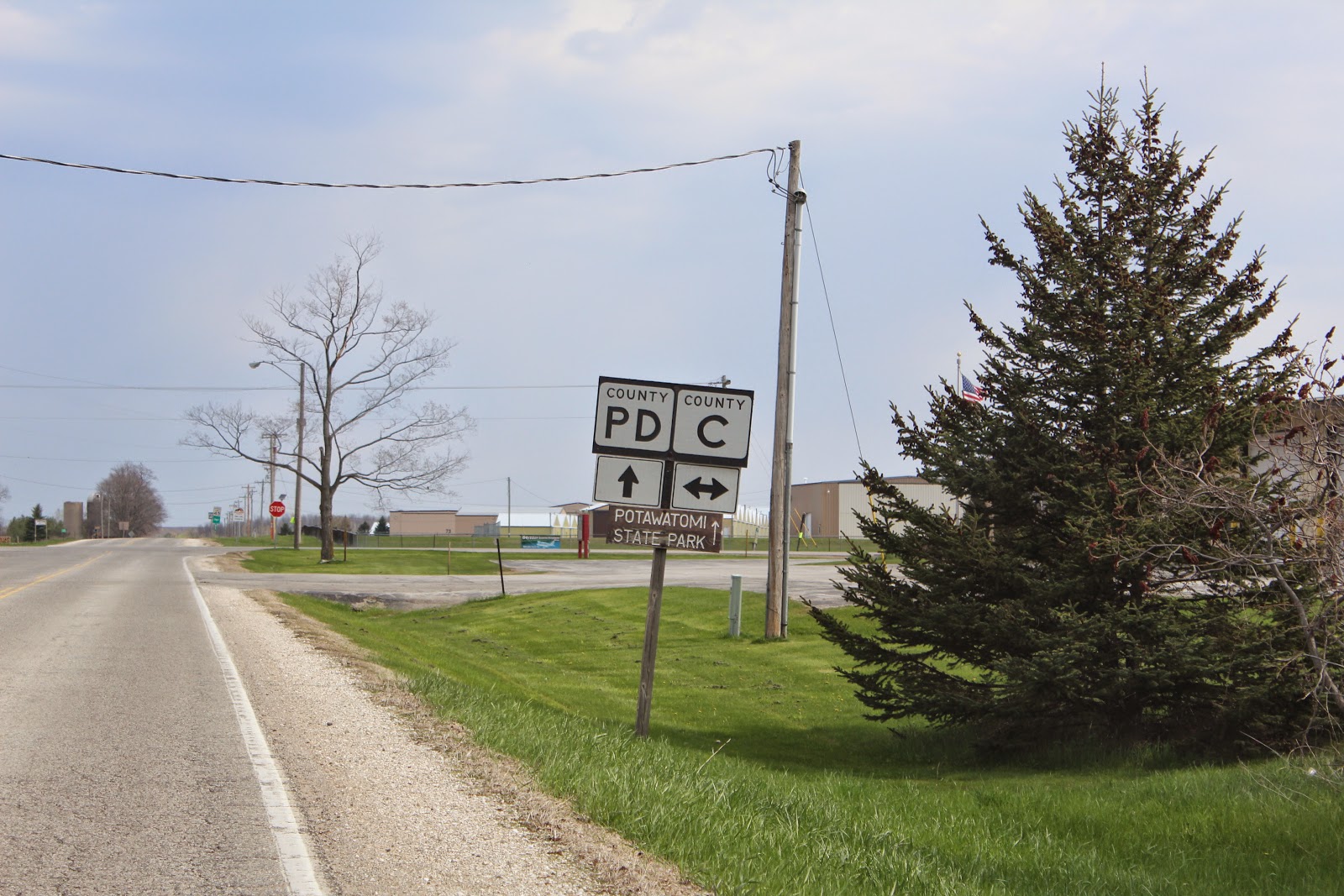 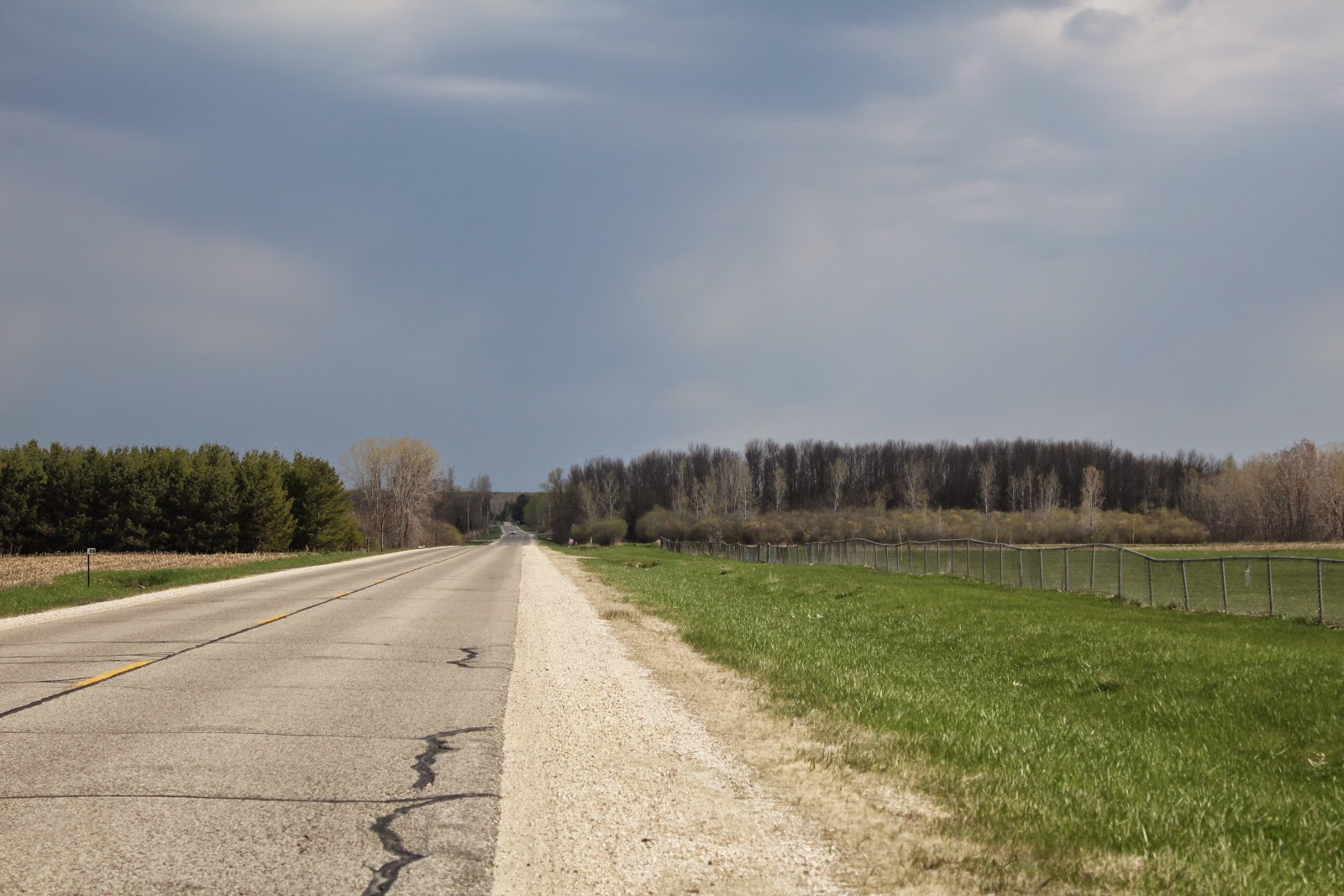 View of Potawatomi State Park (on the right) from northbound Park Drive. 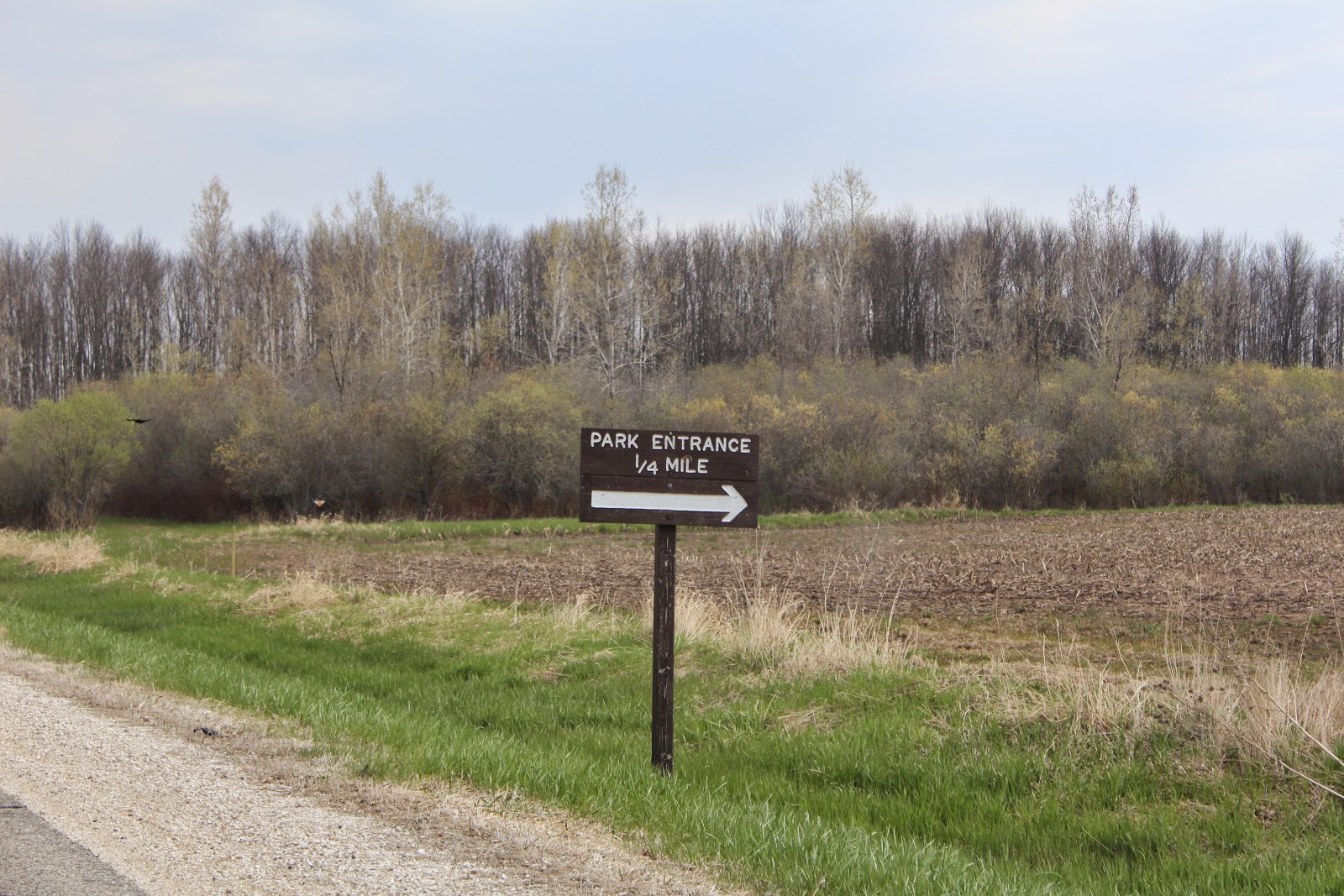