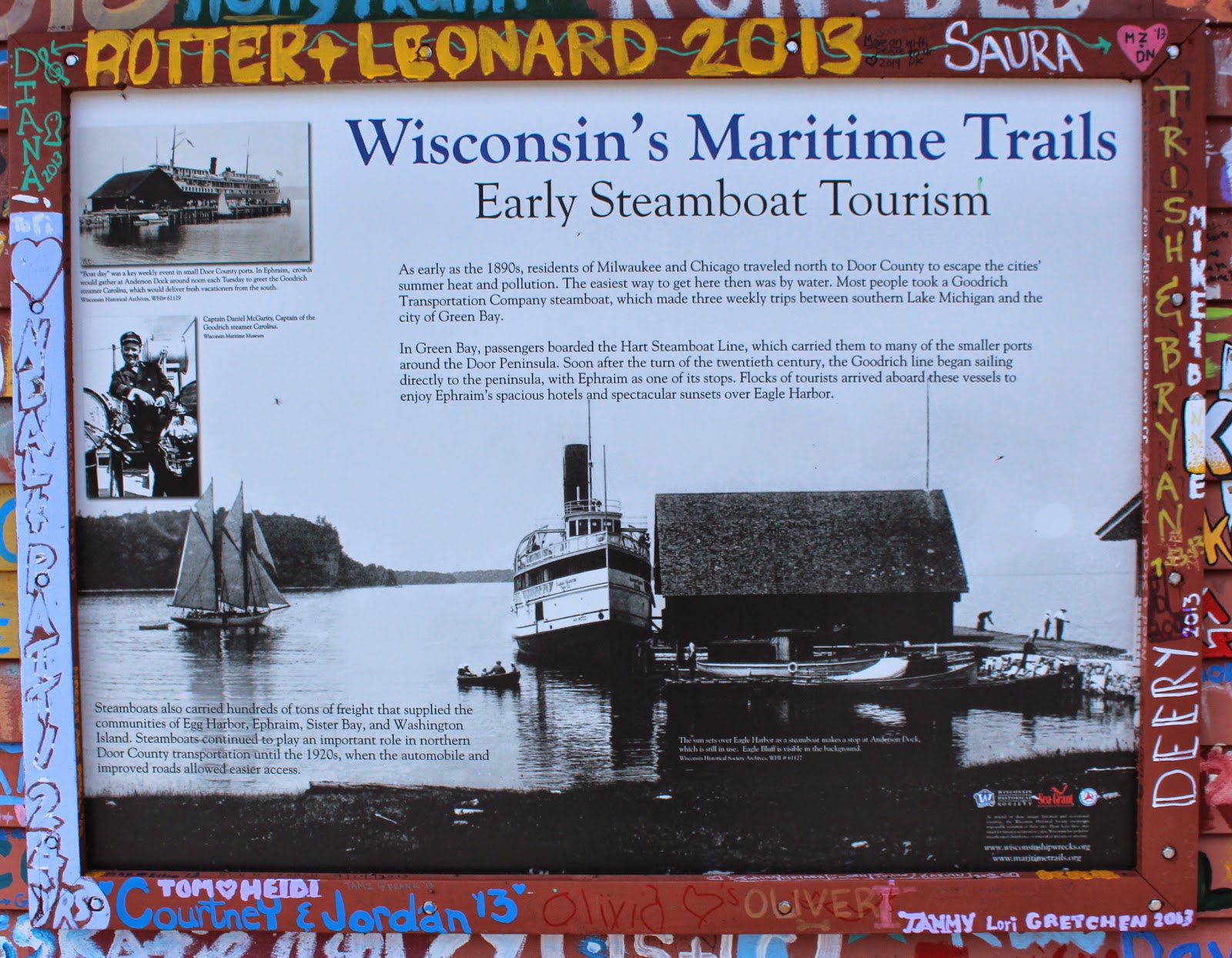 As early as the 1890's residents of Milwaukee and Chicago traveled north to Door County to escape the cities' summer heat and pollution. The easiest way to get here then was by water. Most people took a Goodrich Transportation Company steamboat, which made three weekly trips between southern Lake Michigan and the city of Green Bay.

In Green Bay, passengers boarded the Hart Steamboat Line, which carried them to many of the smaller ports around the Door Peninsula. Soon after the turn of the twentieth century, the Goodrich line began sailing directly to the peninsula, with Ephraim as one of its stops. Flocks of tourists arrived aboard these vessels to enjoy Ephraim's spacious hotels and spectacular sunsets over Eagle Harbor.

The location is listed on the National Register of Historic Places: Wisconsin: Door County.

See also, Anderson Dock and Anderson Store and Dock, also at this location.

The marker is mounted to the far left corner of the building . . . 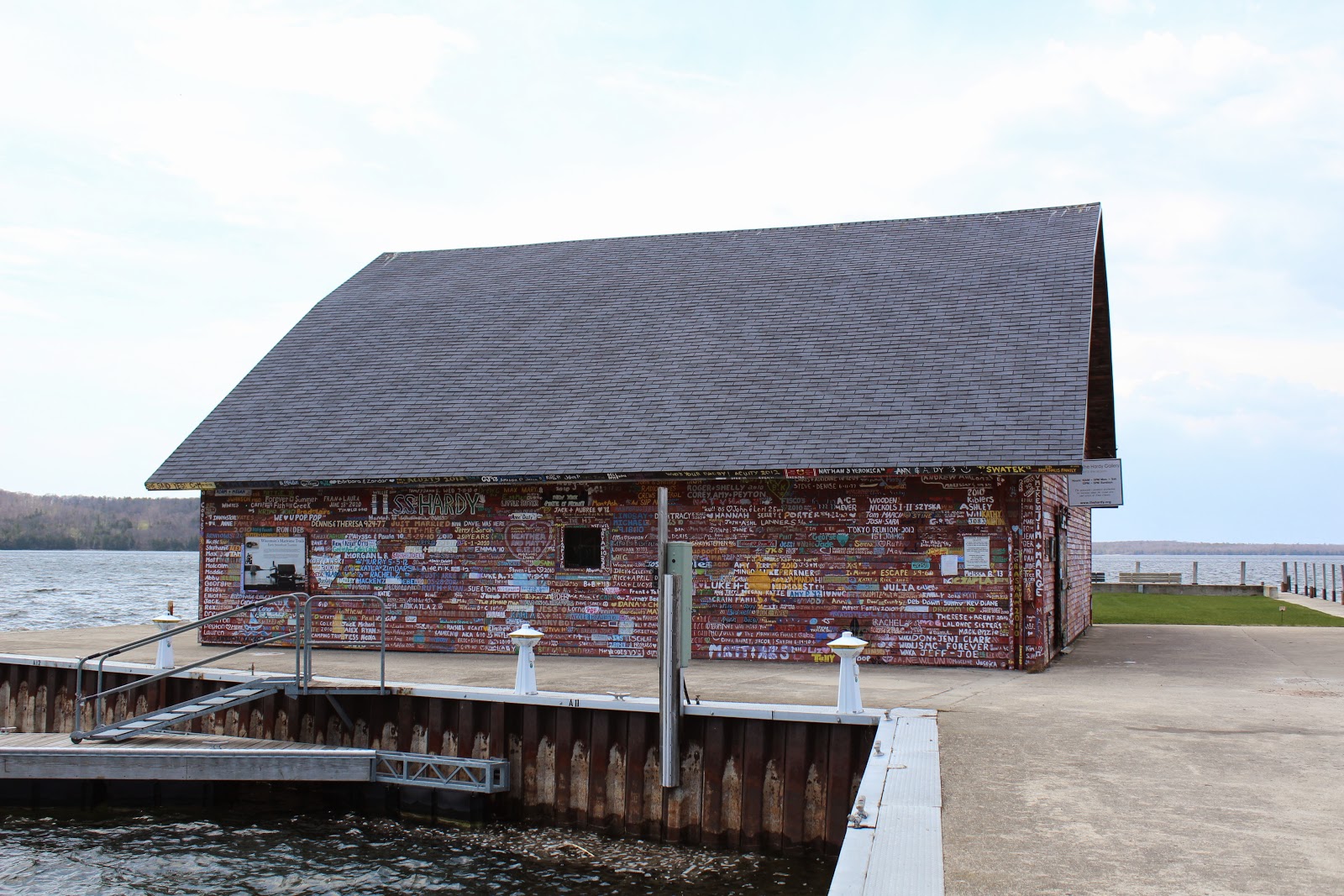 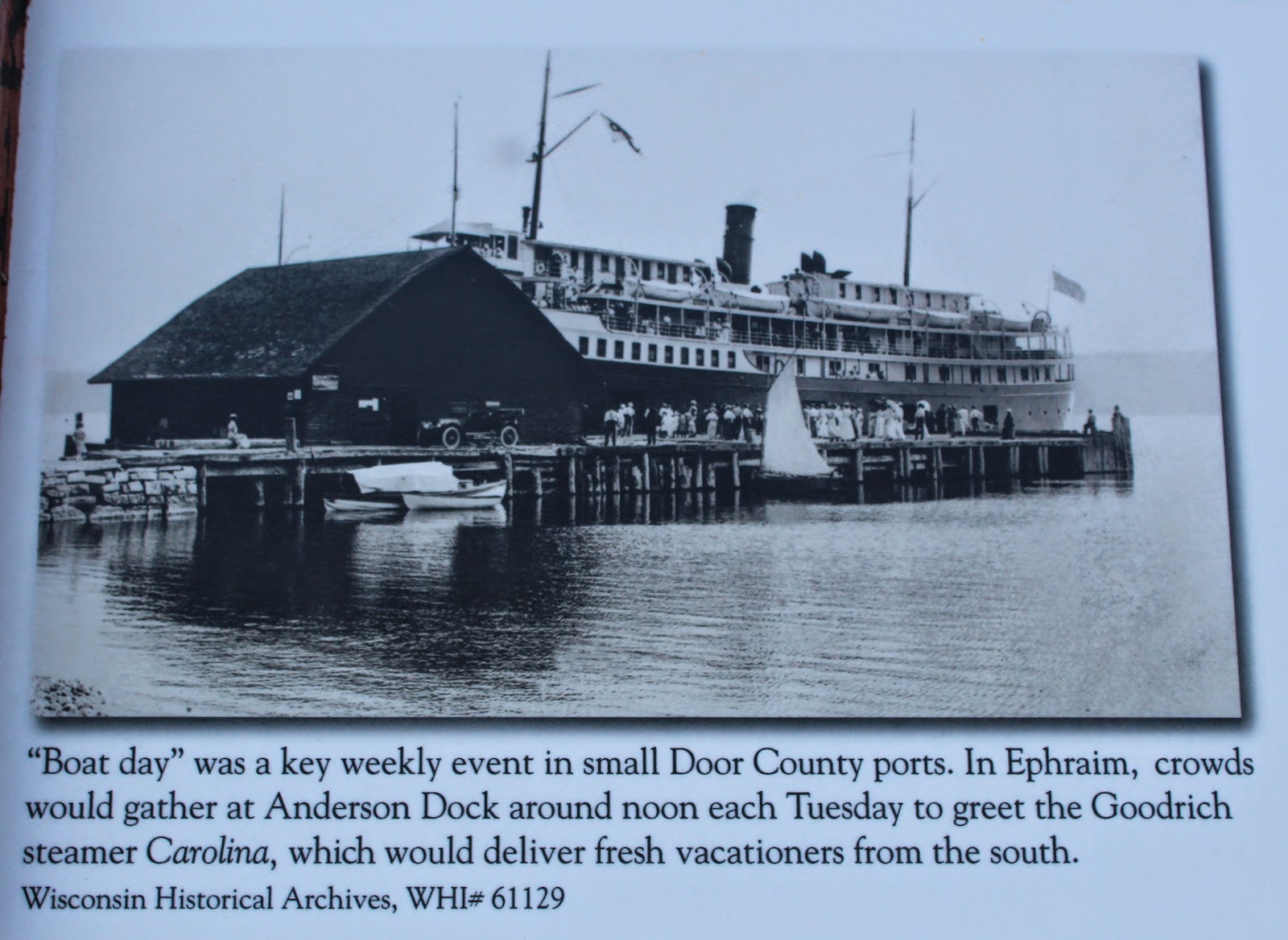 "Boat day" was a key weekly event in small Door County ports. In Ephraim, crowds would gather at Anderson Dock around noon each Tuesday to greet the Goodrich steamer Carolina, which would deliver fresh vacationers from the south. 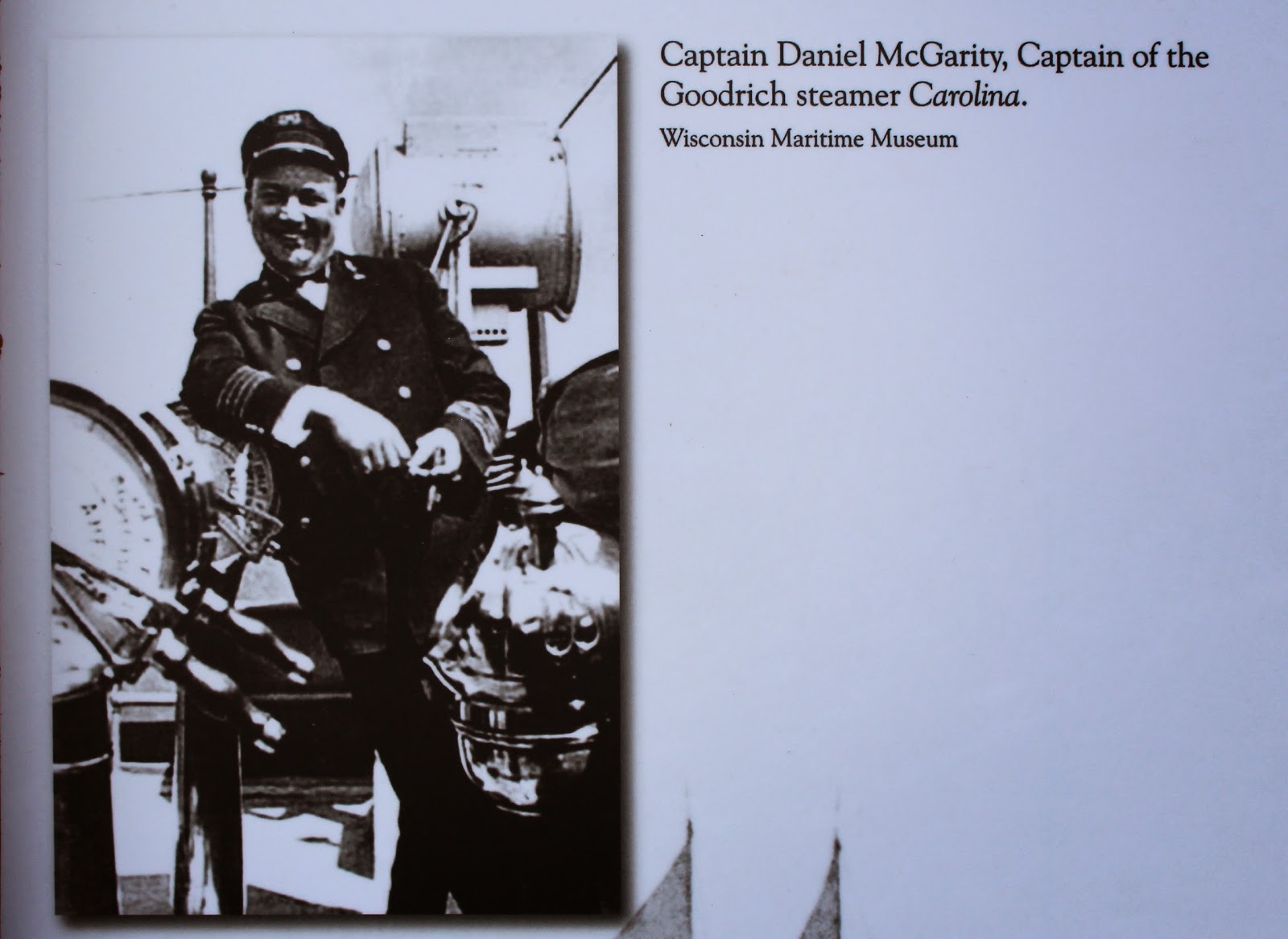 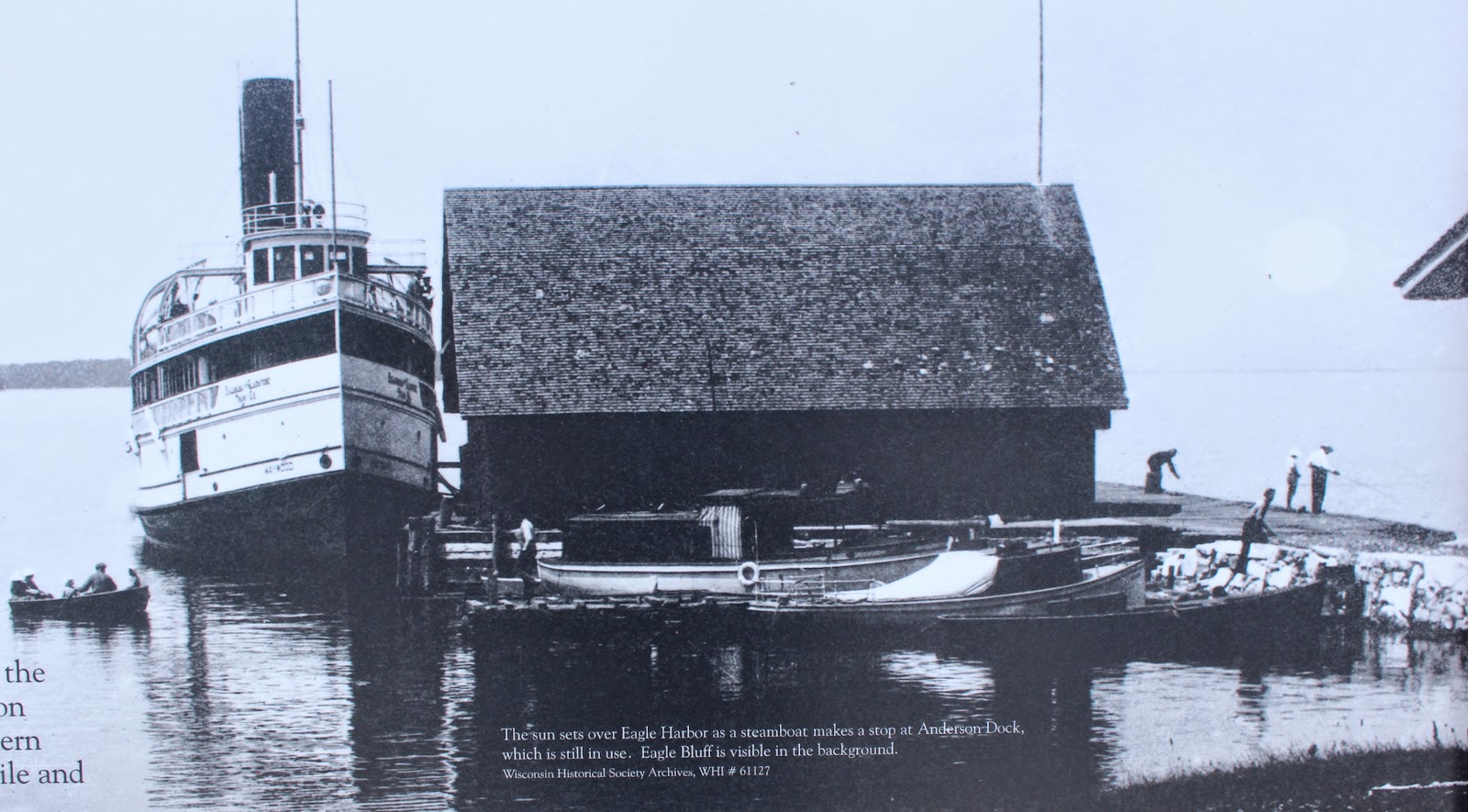 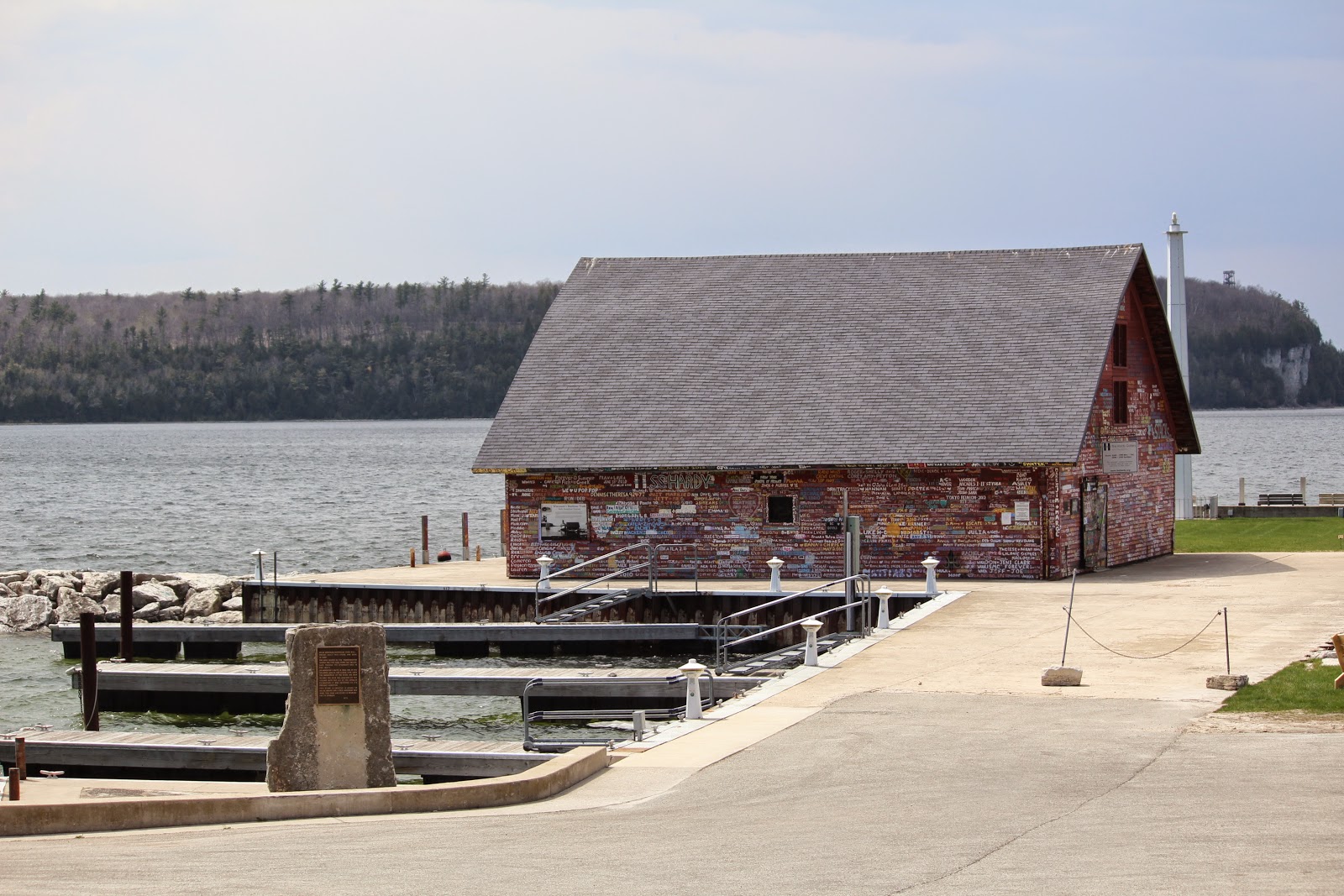 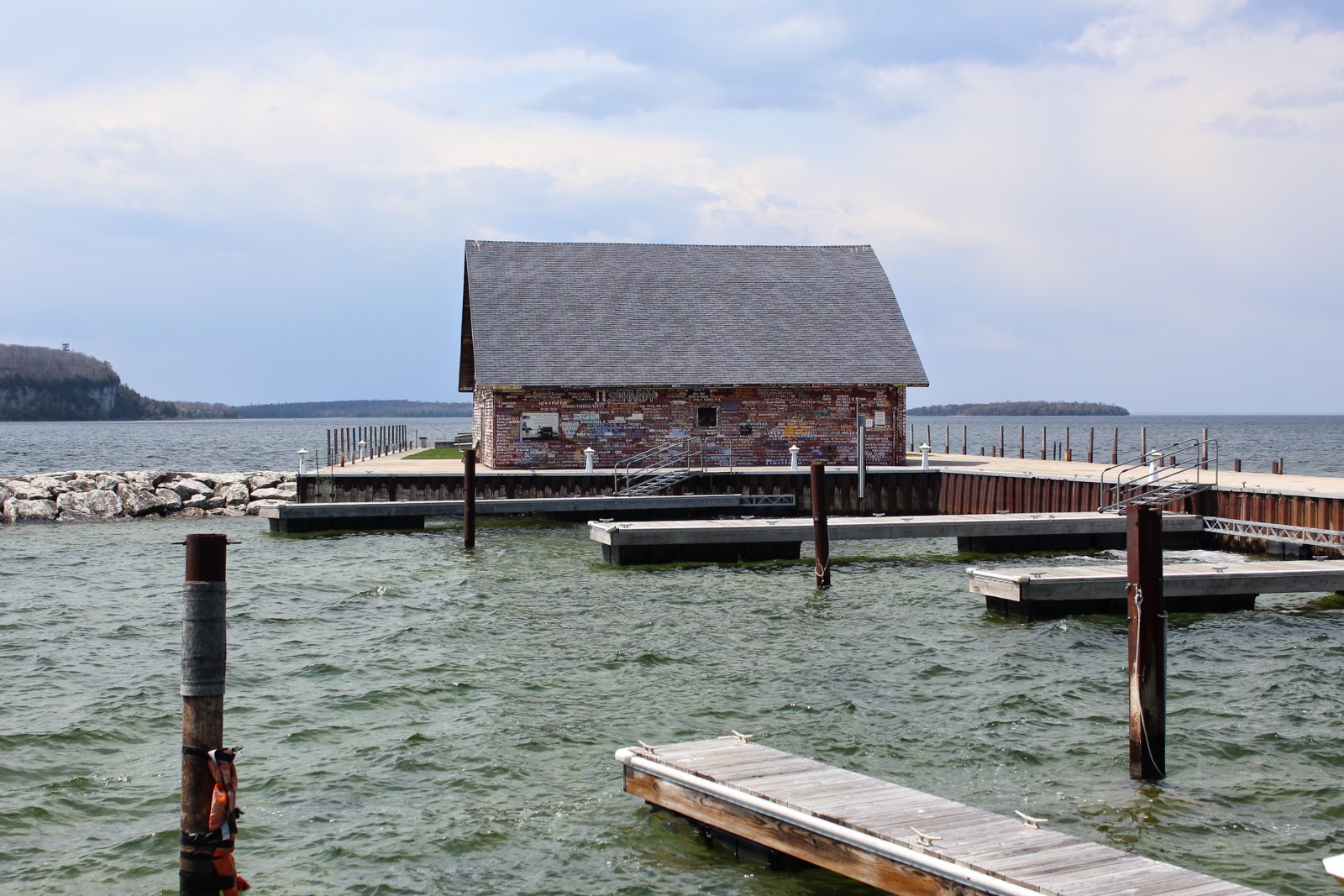