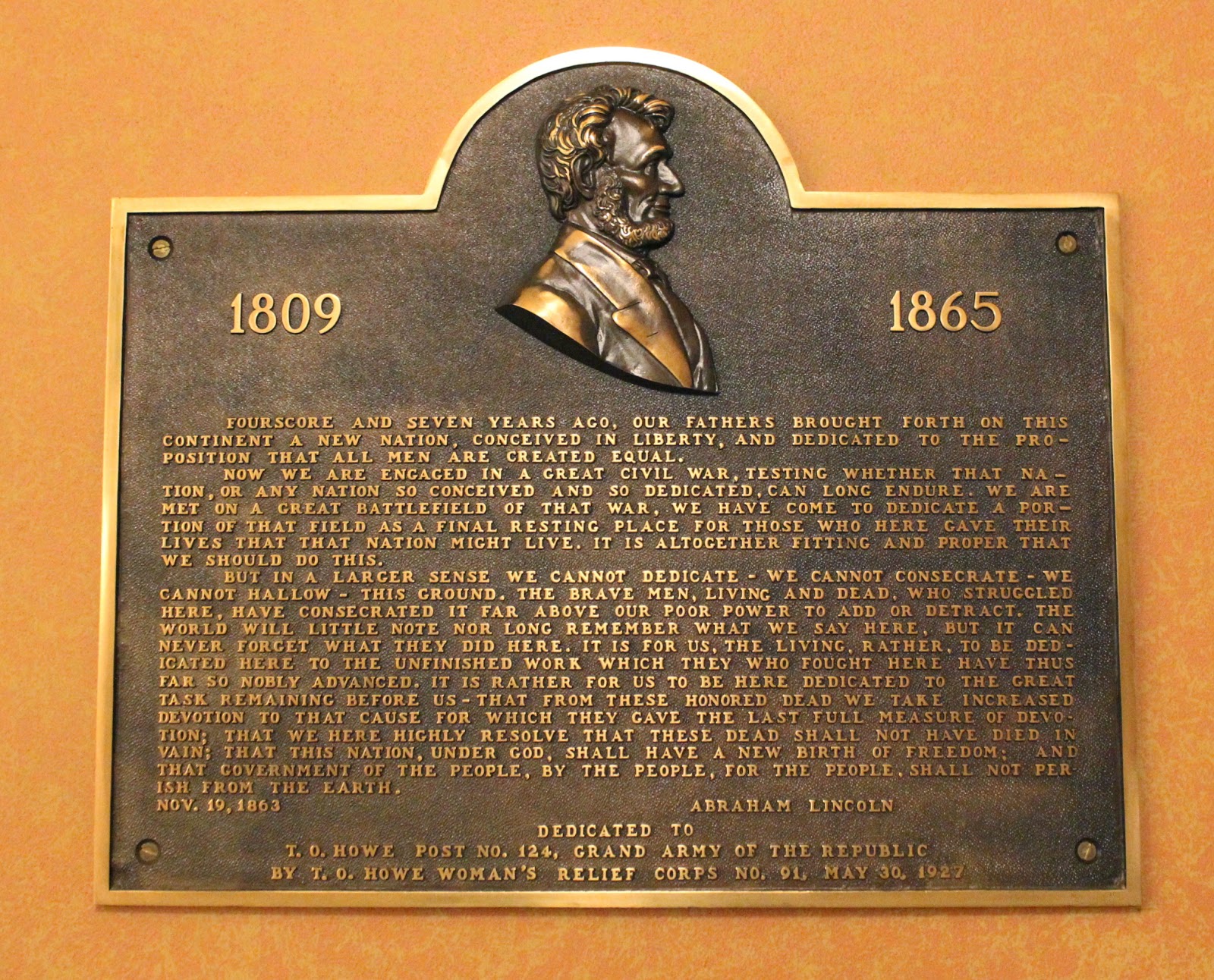 Now we are engaged in a great civil war, testing whether that nation, or any nation so conceived and so dedicated, can long endure. We are met on a great battle-field of that war. We have come to dedicate a portion of that field, as a final resting place for those who here gave their lives that that nation might live. It is altogether fitting and proper that we should do this.

But, in a larger sense, we can not dedicate -- we can not consecrate -- we can not hallow -- this ground. The brave men, living and dead, who struggled here, have consecrated it, far above our poor power to add or detract. The world will little note, nor long remember what we say here, but it can never forget what they did here. It is for us the living, rather, to be dedicated here to the unfinished work which they who fought here have thus far so nobly advanced. It is rather for us to be here dedicated to the great task remaining before us -- that from these honored dead we take increased devotion to that cause for which they gave the last full measure of devotion -- that we here highly resolve that these dead shall not have died in vain -- that this nation, under God, shall have a new birth of freedom -- and that government of the people, by the people, for the people, shall not perish from the earth.

The marker is located on the third floor of the Brown County Courthouse, located at 100 South Jefferson Street, Green Bay, Wisconsin 54301.

Sons of Union Veterans of the Civil War: The Grand Army of the Republic in Wisconsin

Sons of Union Veterans of the Civil War: Brief History of the Grand Army of the Republic

Sons of Union Veterans of the Civil War: National Headquarters 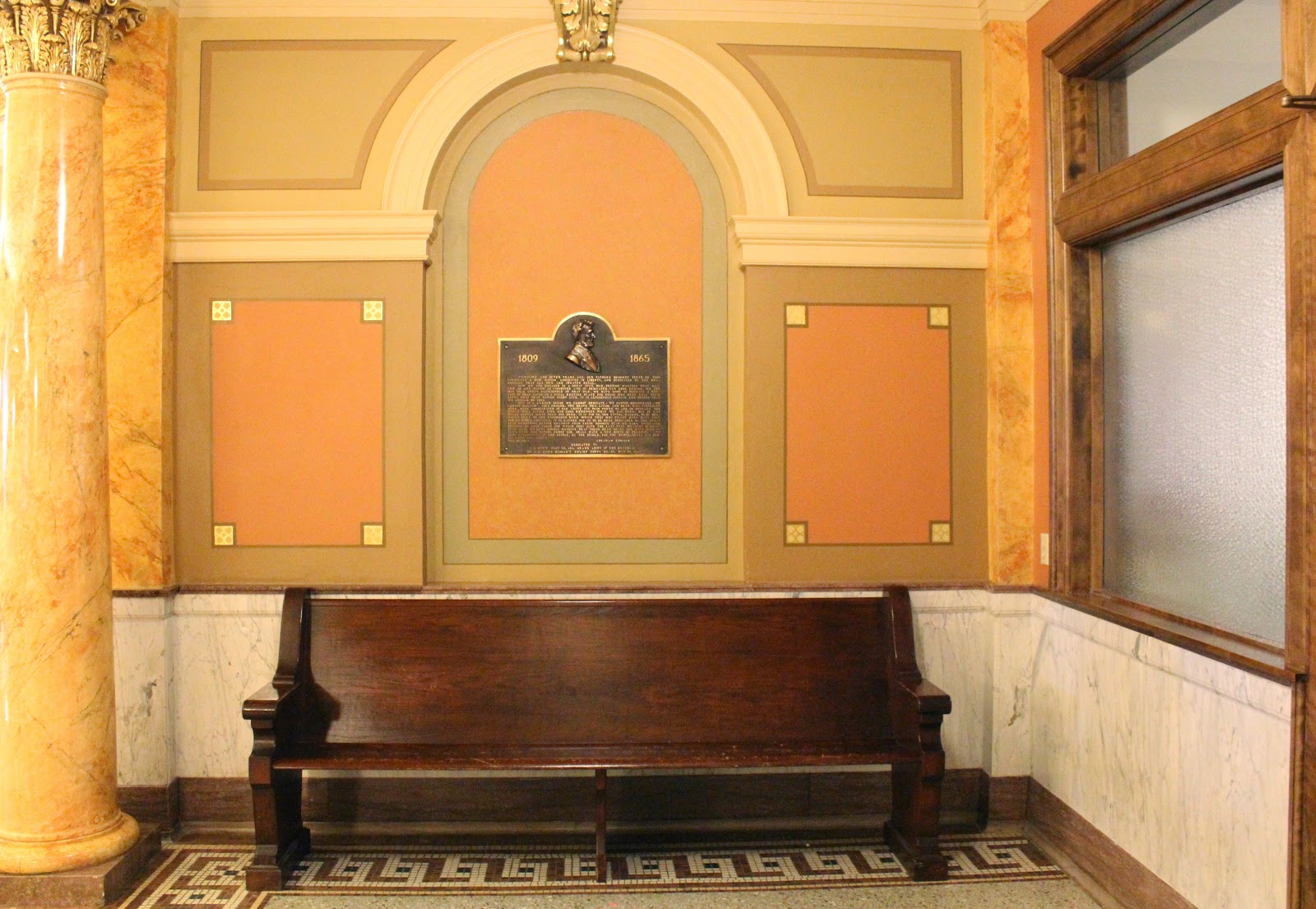 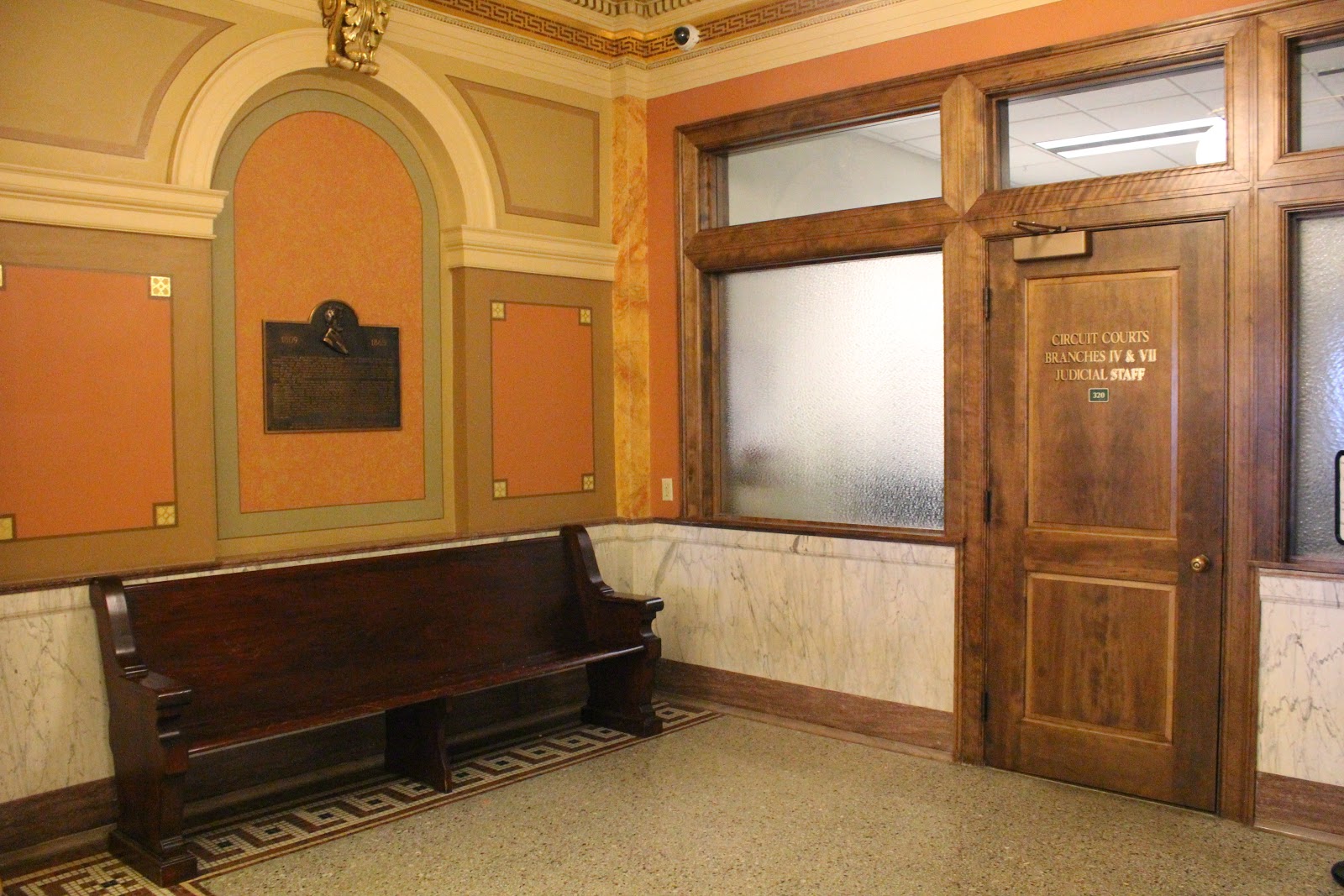 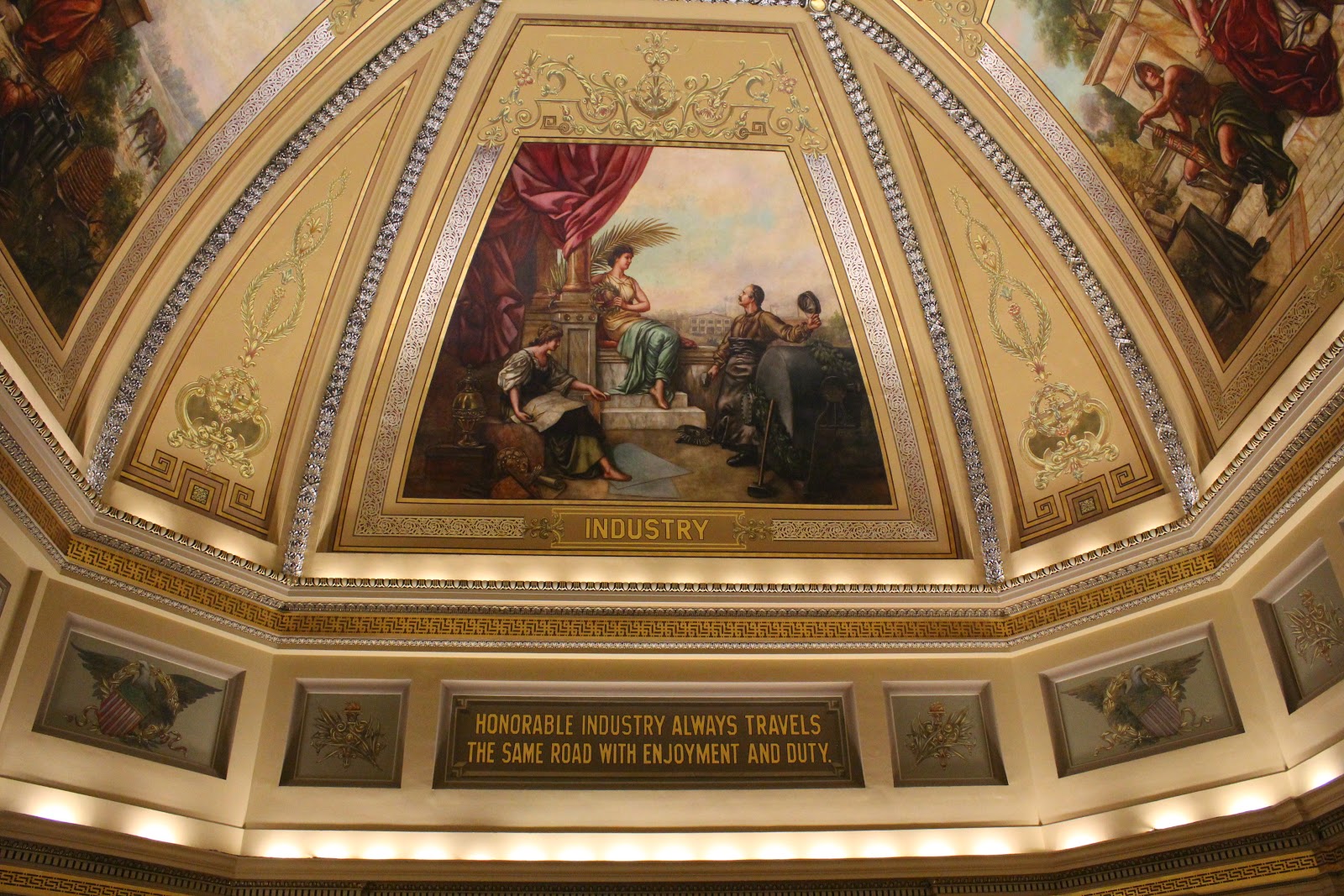 The marker is in the foyer directly under the "Industry" fresco. 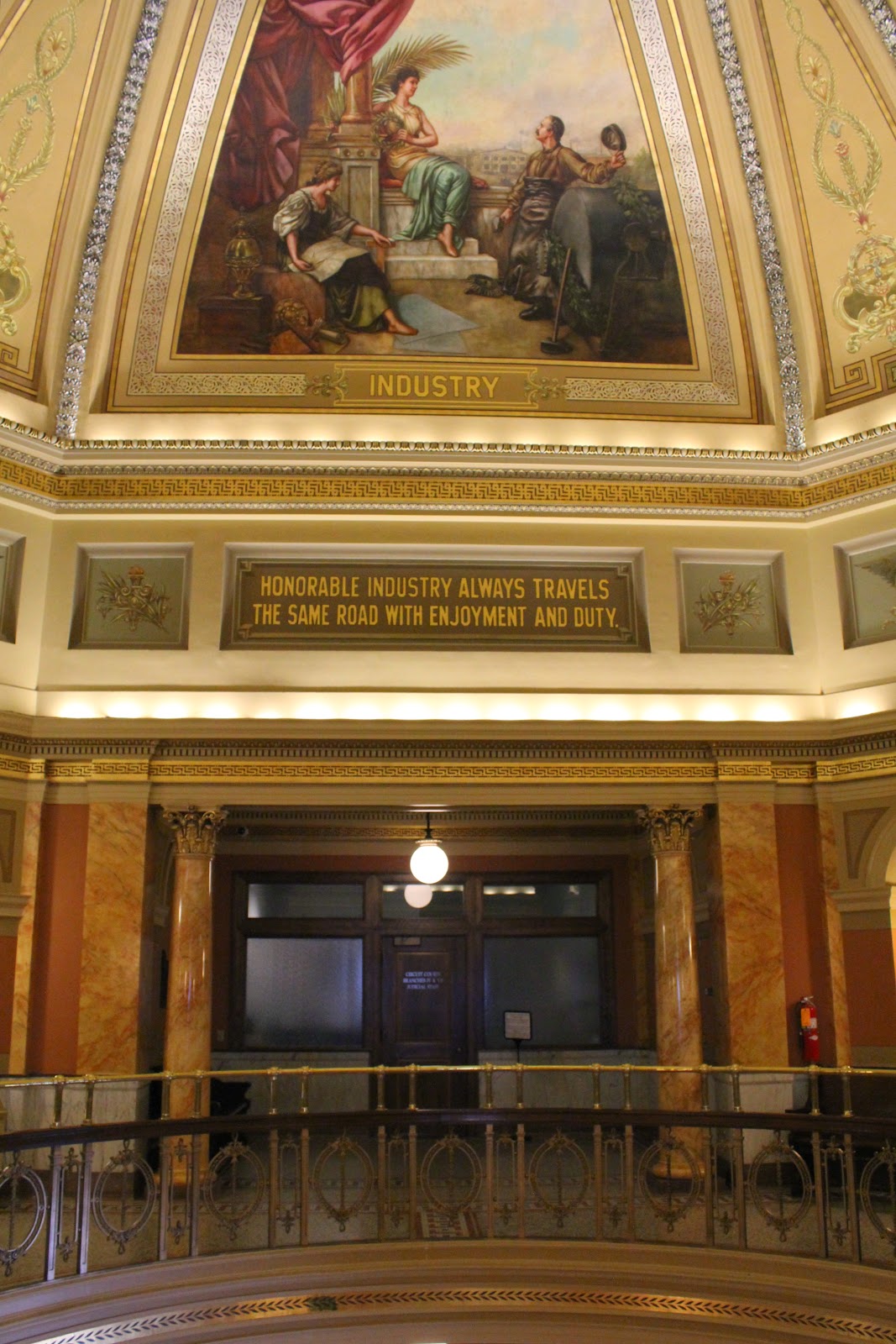 The marker is on the wall to the left
(hidden behind the marble column in this photo).