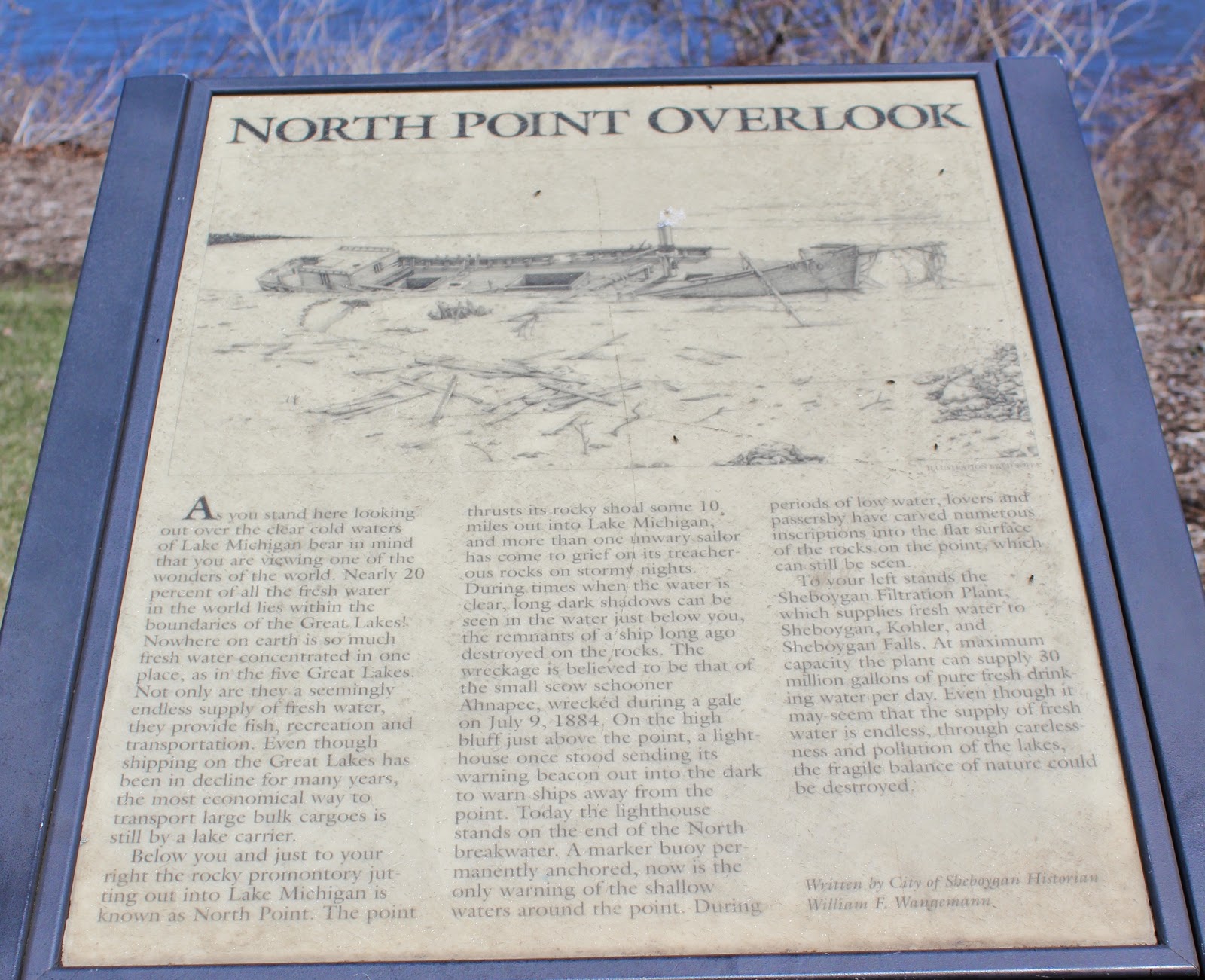 As you stand here looking out over the clear cold waters of Lake Michigan (sic) bear in mind that you are viewing one of the wonders of the world. Nearly 20 percent of all the fresh water in the world lies within the boundaries of the Great Lakes! Nowhere on earth is so much fresh water concentrated in one place, as in the five Great Lakes. Not only are they a seemingly endless supply of fresh water, they provide fish, recreation and transportation. Even though shipping on the Great Lakes has been in decline for many years, the most economical way to transport large bulk cargoes is still by a lake carrier.

During times when the water is clear, long dark shadows can be seen in the water just below you, the remnants of a ship long ago destroyed on the rocks. The wreckage is believed to be that of the small scow schooner (sic) Ahnapee, wrecked during a gale on July 9, 1884. On the high bluff just above the point, a lighthouse once stood sending its warning beacon out into the dark (sic) to warn ships away from the point. Today the lighthouse stands on the end of the North (sic) breakwater. A marker buoy permanently anchored, now is (sic) the only warning of the shallow waters around the point. During periods of low water, lovers and passersby have carved numerous inscriptions into the flat surface of the rocks on the point, which (sic) can still be seen.

To your left stands the Sheboygan Filtration Plant, which supplies fresh water to Sheboygan, Kohler, (sic) and Sheboygan Falls. At maximum capacity (sic) the plant can supply 30 million gallons of pure (sic) fresh drinking water per day. Even though it may seem that the supply of fresh water is endless, through carelessness and pollution of the lakes, the fragile balance of nature could be destroyed.

My goodness!! Didn't anyone proofread / edit this marker before it was erected??

The marker is located at North Point Overlook, a small park on northbound Broughton Drive, just south of its intersection with Barrett Street and North Point Drive, Sheboygan, Wisconsin 53081. 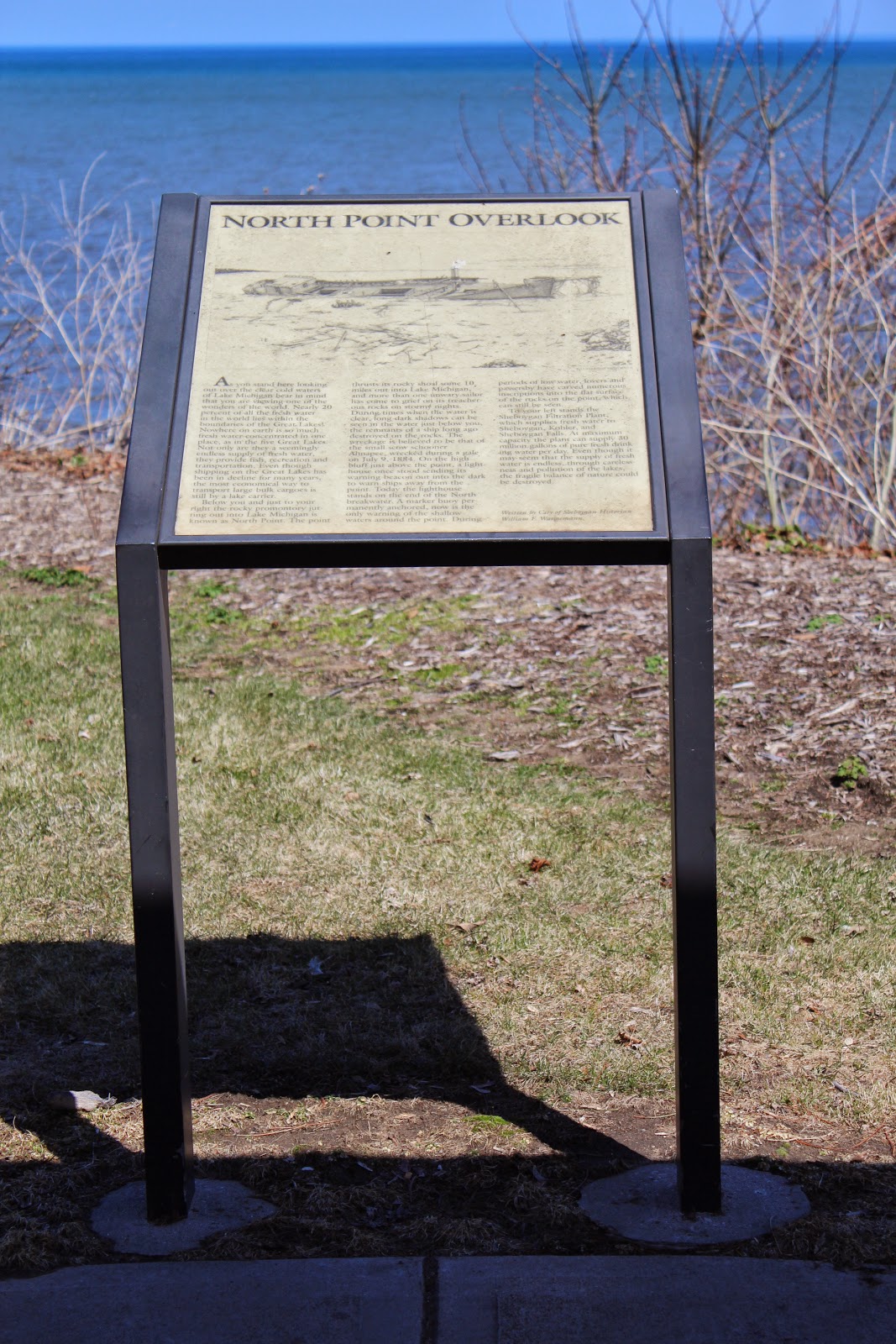 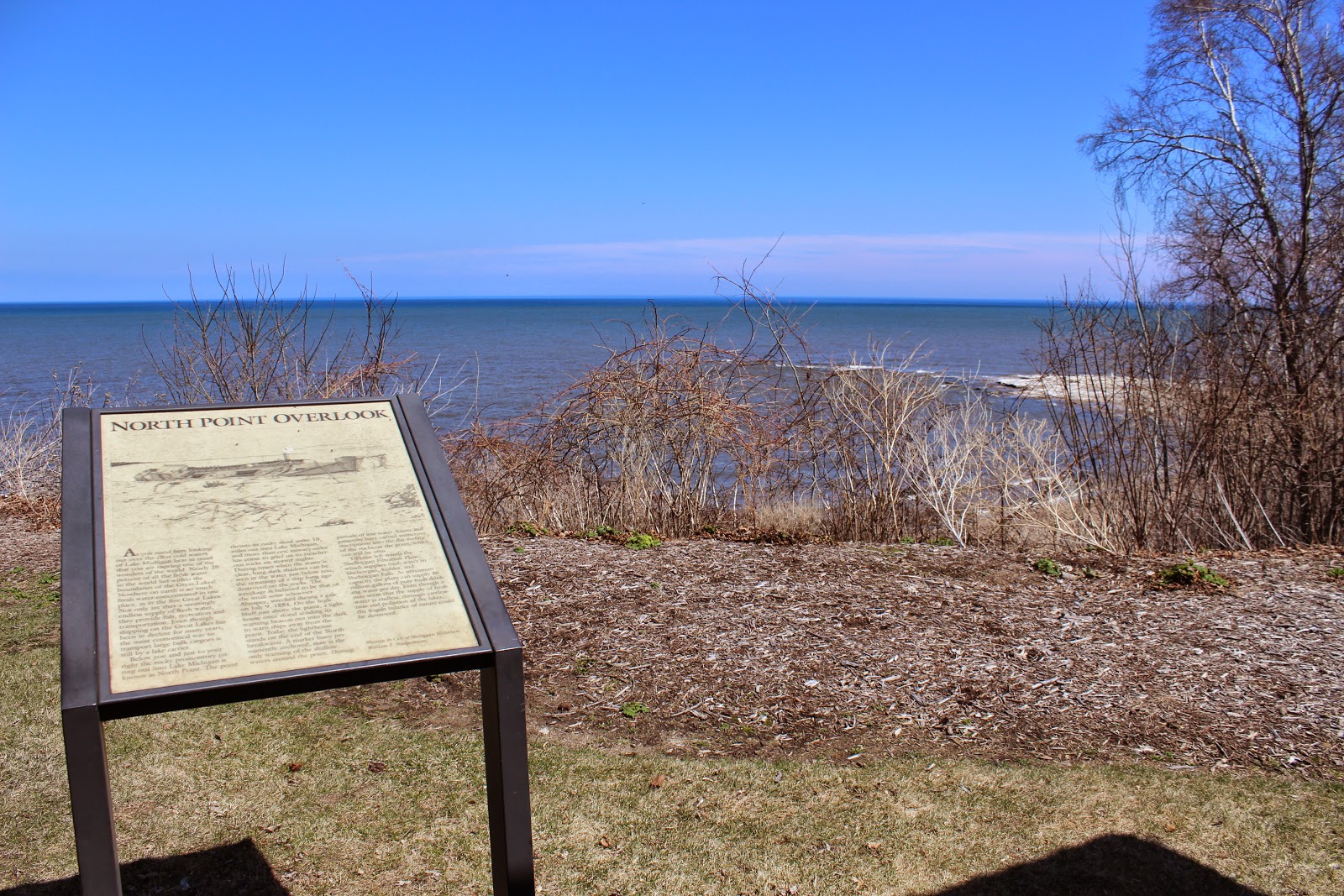 What a gorgeous day on North Point Overlook! Looking to the right. 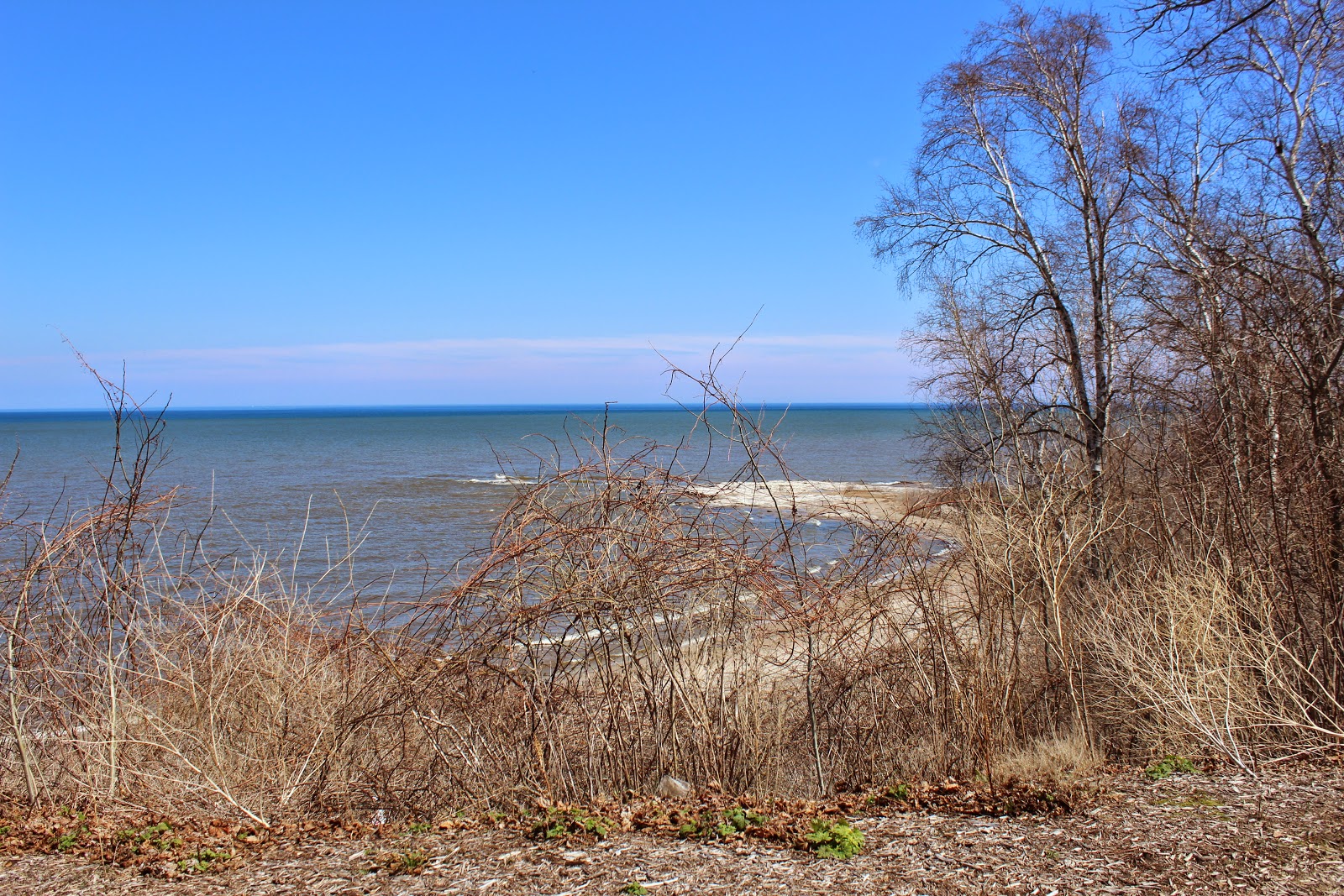 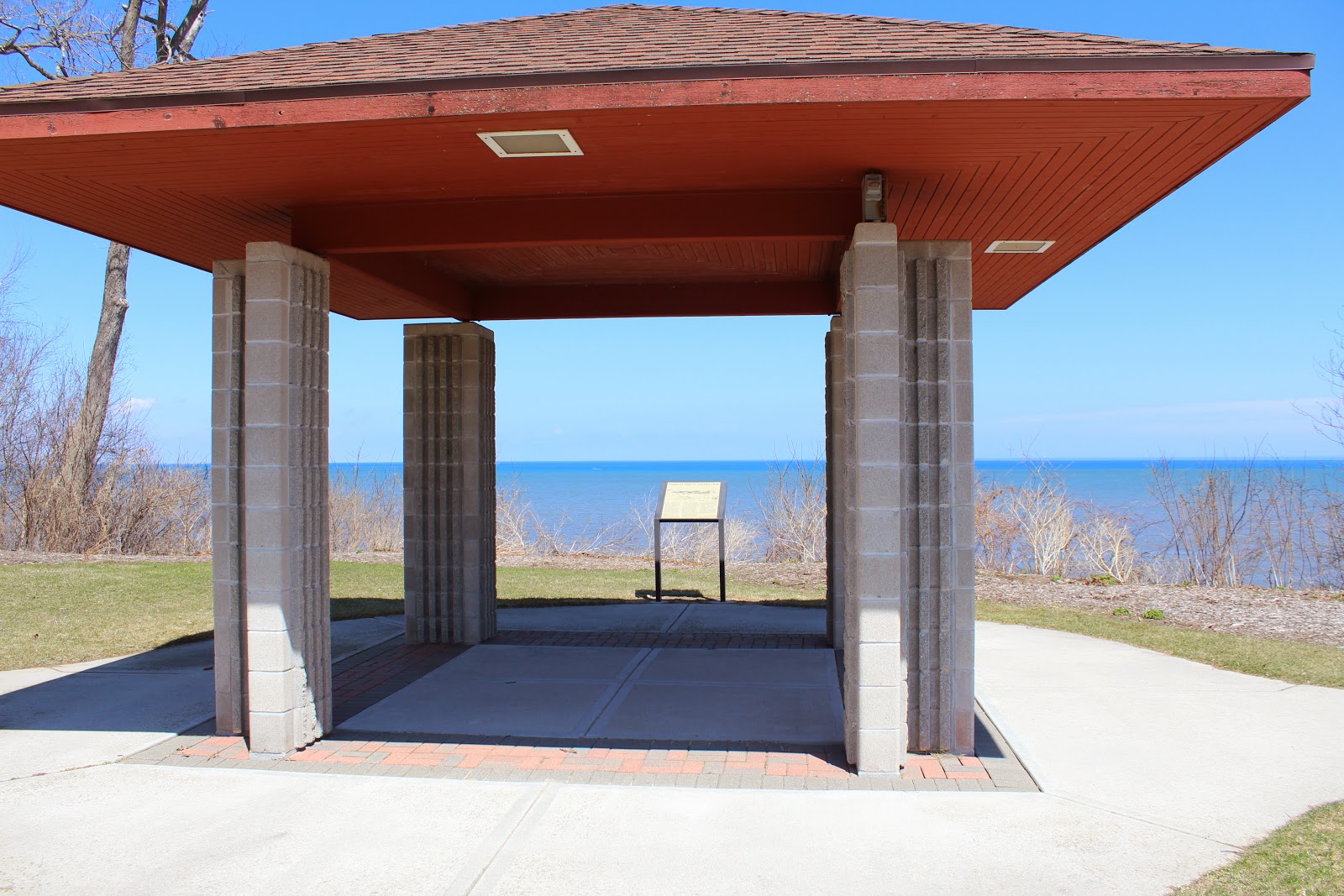 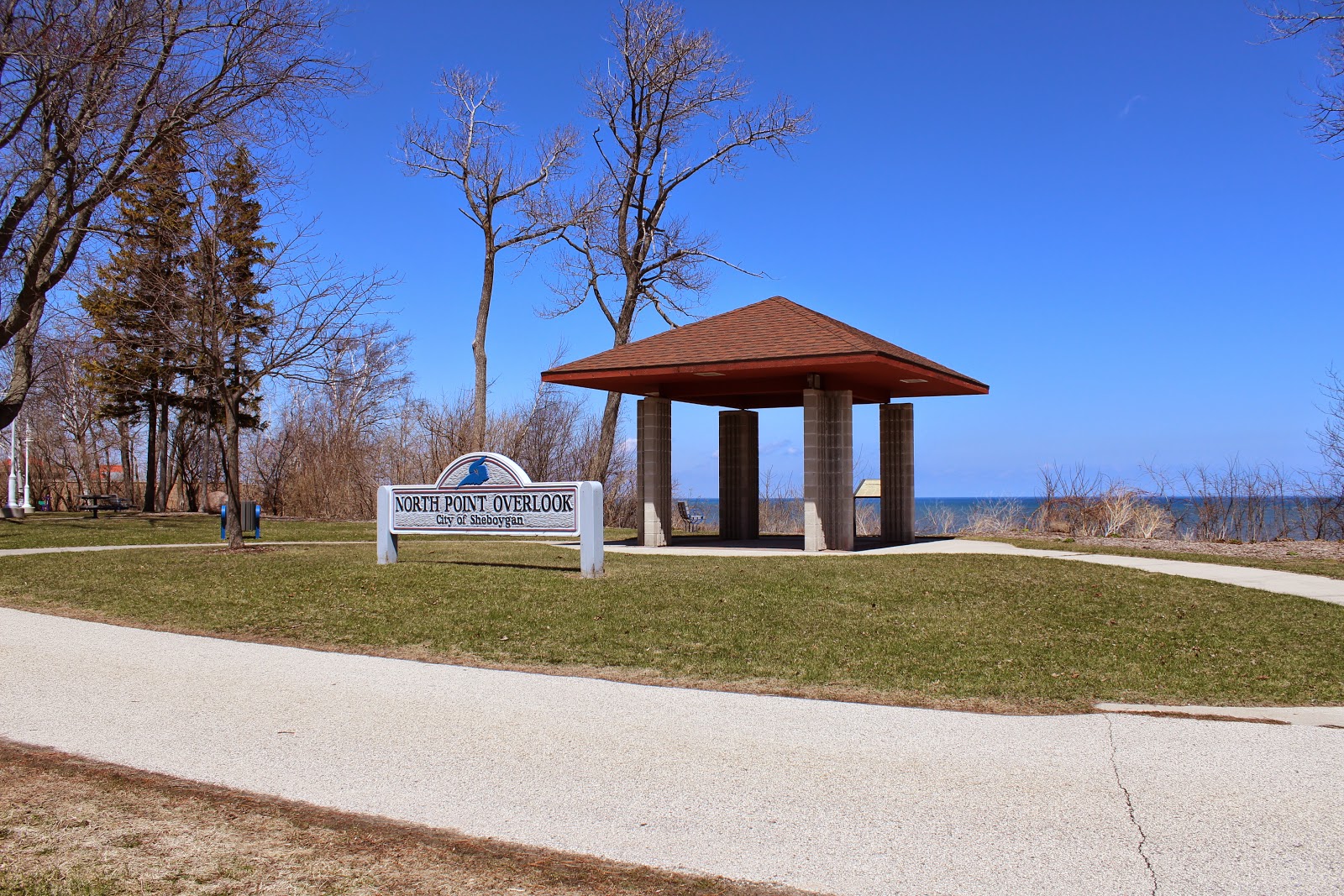 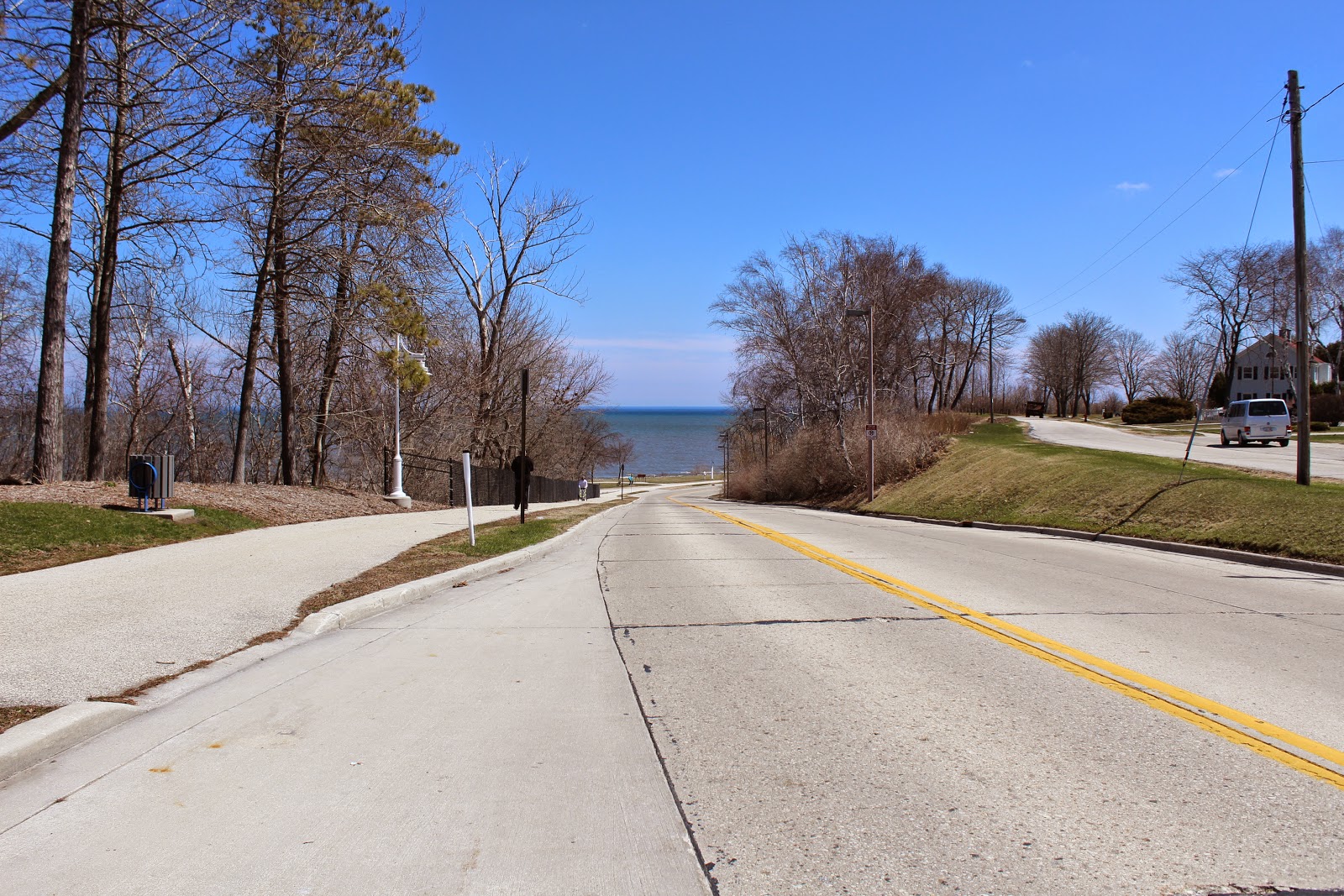