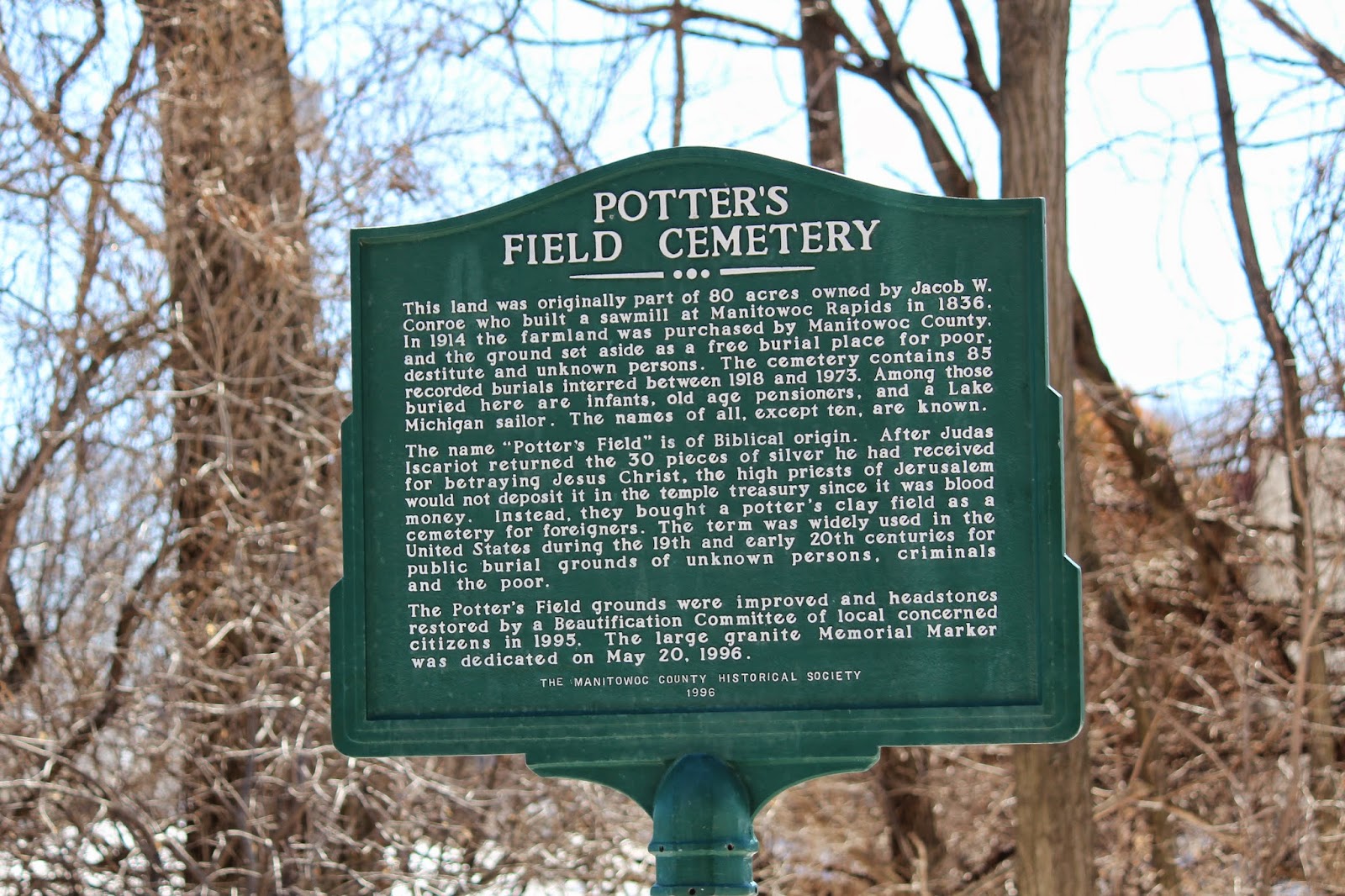 The land was originally part of 80 acres owned by Jacob W. Conroe who built a sawmill at Manitowoc Rapids in 1856. In 1914 the farmland was purchased by Manitowoc County and the ground set aside as a free burial place for poor destitute and unknown persons. The cemetery contains 85 recorded burials interred between 1918 and 1973. Among those buried here are infants, old age pensioners, and a Lake Michigan sailor. The names of all, except ten, are known.

The name "Potter's Field" is of Biblical origin. After Judas Iscariot returned the 30 pieces of silver he had recieved for betraying Jesus Christ, the high priests of Jerusalem would not deposit it in the temple treasury since it was blood money. Instead, they bought a potter's clay field as a cemetery for foreigners. The term was widely used in the United States during the 19th and early 20th centuries for public burial grounds of unknown persons, criminals and the poor.

The Potter's Field grounds were improved and headstones restored by a Beautification Committee of local concerned citizens in 1995. The large granite Memorial Marker was dedicated on May 20, 1996. 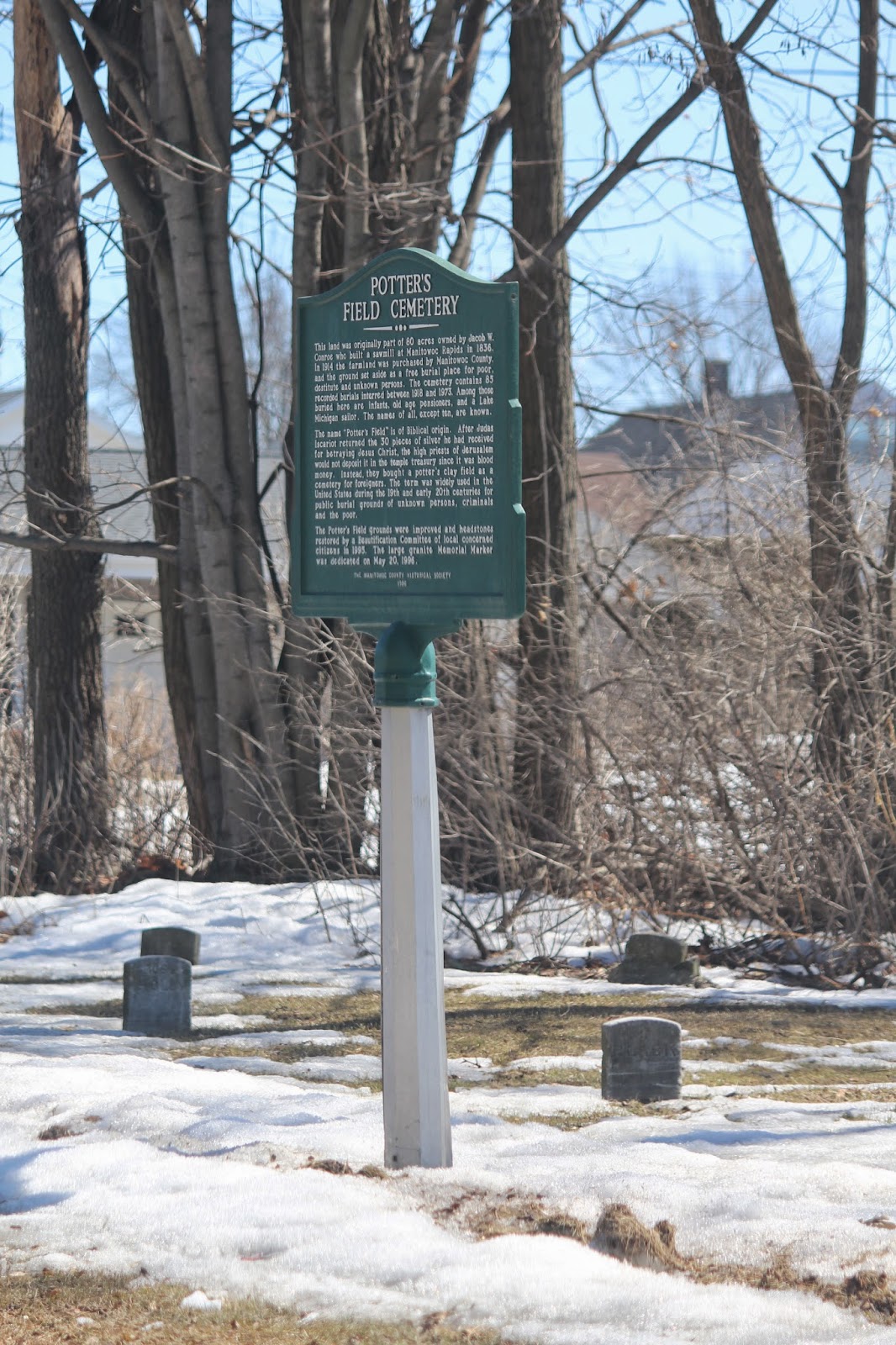 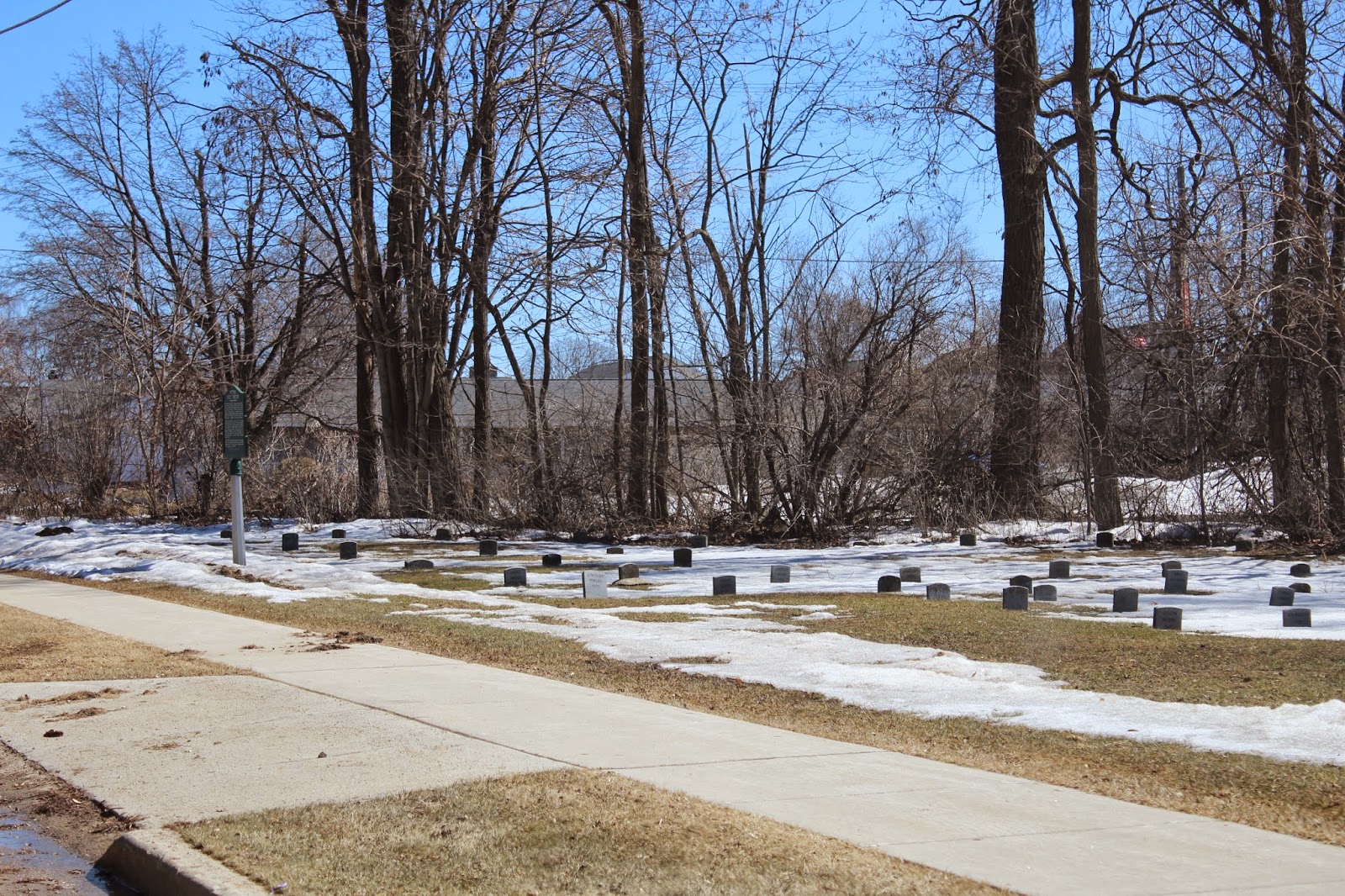 The marker is visible to the left of this photo. 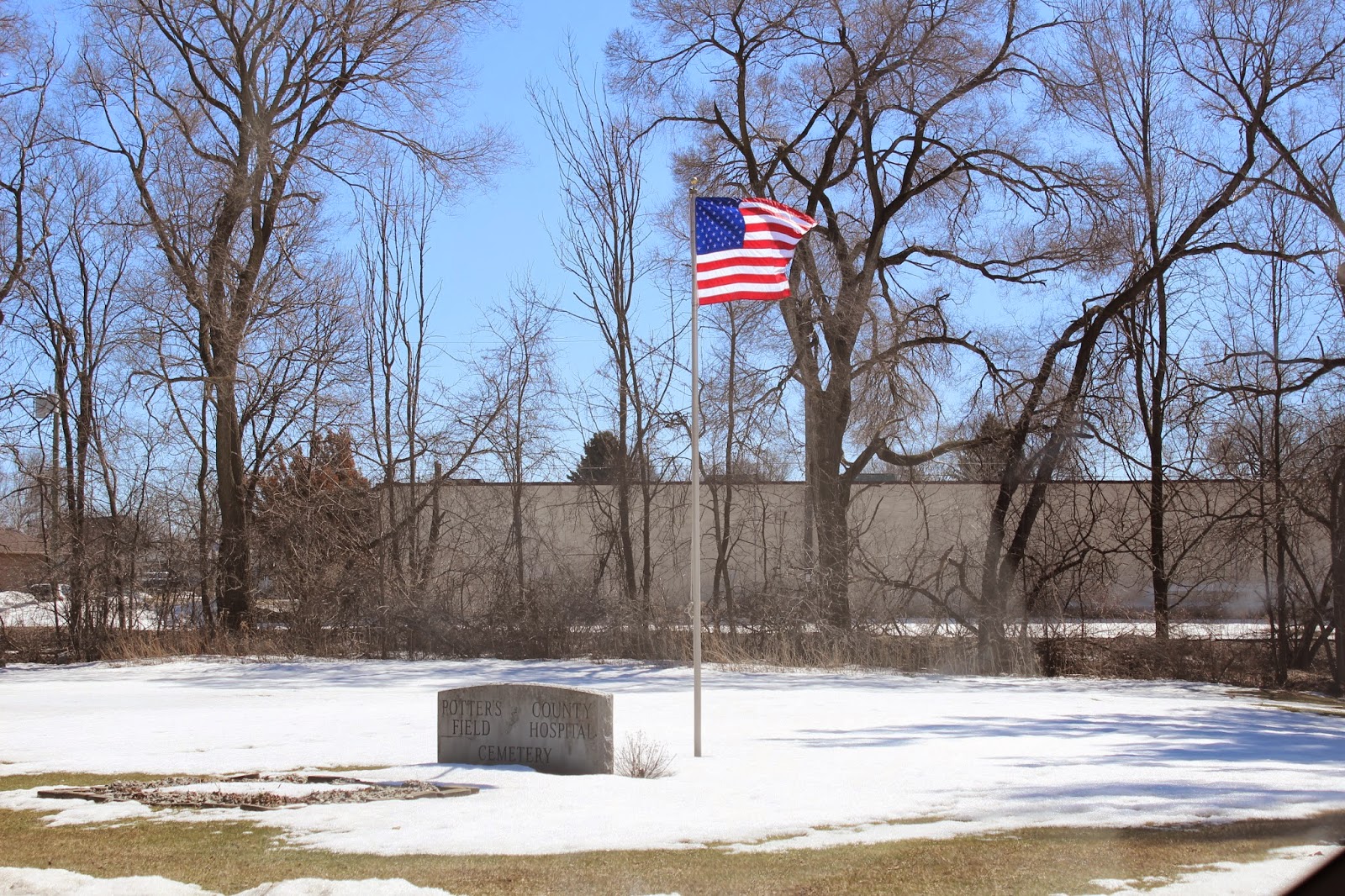 The marker is to the left of this flag.