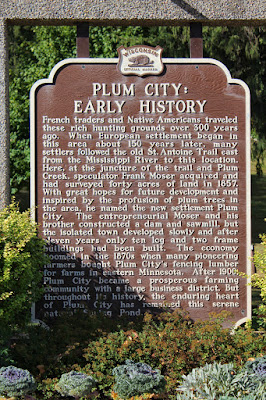 French traders and Native Americans traveled these rich hunting grounds over 300 years ago. When European settlement began in this area about 150 years later, many settlers followed the old St. Antoine Trail east from the Mississippi River to this location. Here, at the juncture of the trail and Plum Creek, speculator Frank Moser acquired and had surveyed forty acres of land in 1857. With great hopes for future development and inspired by the profusion of plum trees in the area, he named the new settlement Plum City. The entrepreneurial Moser and his brother constructed a dam and sawmill, but the isolated town developed slowly and after eleven years only ten log and two frame buildings had been built. The economy boomed in the 1870s when many pioneering farmers bought Plum City's fencing lumber for farms in eastern Minnesota. After 1900, Plum City became a prosperous farming community with a large business district. But throughout its history, the enduring heart of Plum City has remained this serene natural Spring Pond.

This is one of the most beautifully cared for markers I've seen! 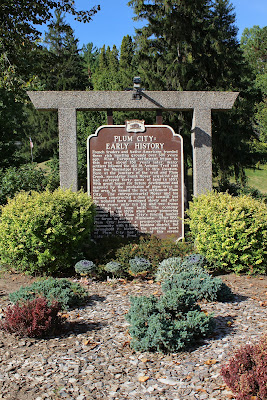 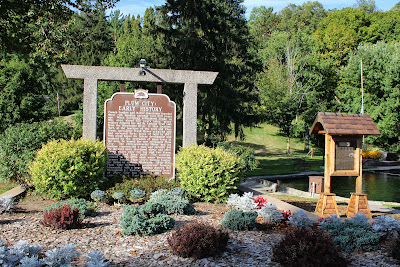 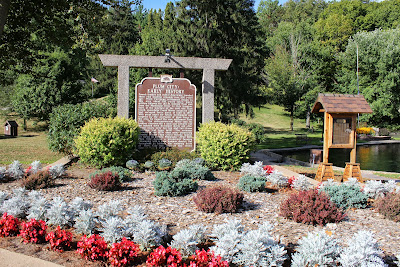 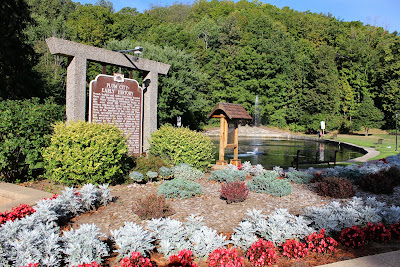 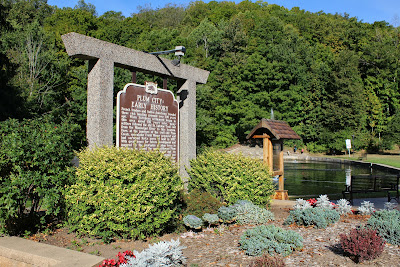 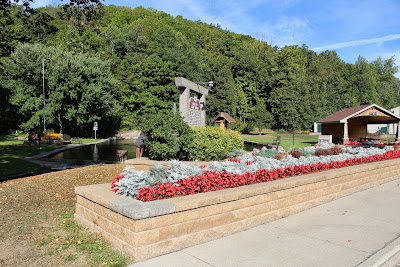 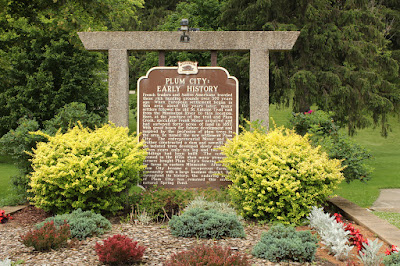 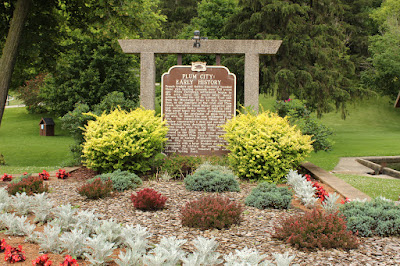 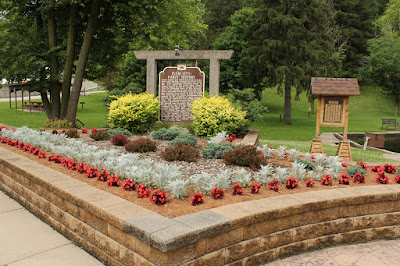 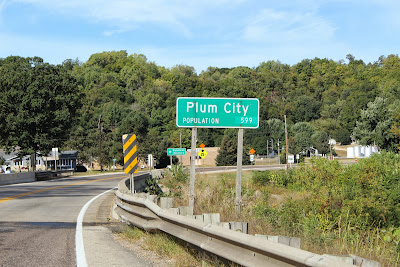 The marker is located in Plum City, Wisconsin.