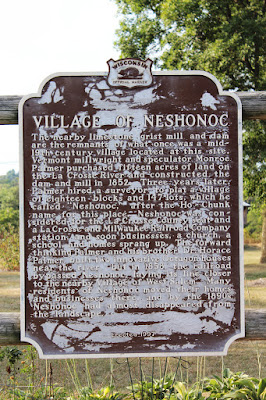 The nearby limestone grist mill and dam are the remnants of what once was a mid-19th century village located at this site. Vermont millwright and speculator Monroe Palmer purchased fifteen acres of land on the La Crosse River and constructed the dam and mill in 1852. Three years later, Palmer hired a surveyor to plat a village of eighteen blocks and 147 lots, which he called "Neshonoc," after the Ho-Chunk name for this place. Neshonoc was considered for the La Crosse County seat and a La Crosse and Milwaukee Railroad Company station, and soon businesses, a church, a school, and homes sprang up. The forward thinking Palmer and his brother, Dr. Horace Palmer, built two innovative Octagon houses near the river. But in 1858, the railroad bypassed Neshonoc, laying its line closer to the nearby Village of West Salem. Many residents of Neshonoc moved their homes and businesses there, and by the 1890s Neshonoc had almost disappeared from the landscape.

See, also, Marker 101, Hamlin Garland, directly across the highway from this location. 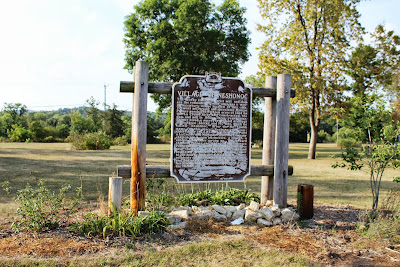 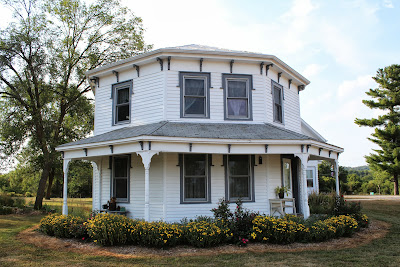 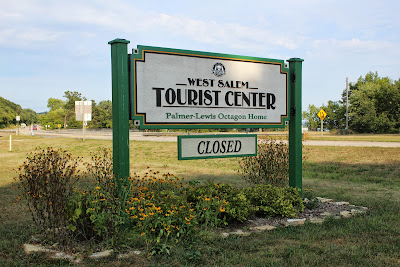 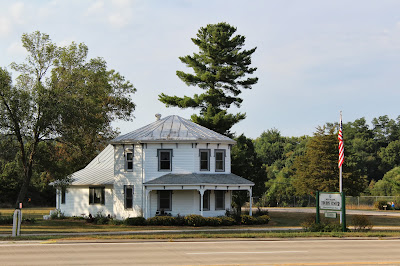