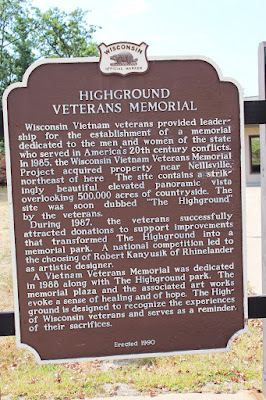 Wisconsin Vietnam veterans provided leadership for the establishment of a memo­rial dedicated to the men and women of the state who served in America's 20th century conflicts. In 1985, the Wisconsin Vietnam Veterans Memorial Project acquired property near Neillsville, northeast of here. The site contains a strikingly beautiful elevated panoramic vista overlooking 500,000 acres of countryside. The site was soon dubbed "The Highground" by the veterans.

During 1987, the veter­ans successfully attracted donations to support improvements that transformed The Highground into a memorial park. A national competition led to the choosing of Robert Kanyusik of Rhinelander as artistic designer.

A Vietnam Veterans Memorial was dedicated in 1988 along with The Highground park. The memorial plaza and the associated art works evoke a sense of healing and of hope. The Highground is designed to recognize the experiences of Wisconsin veterans and serves as a reminder of their sacrifices. 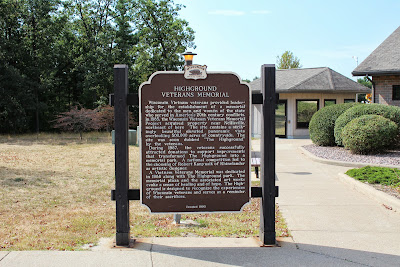 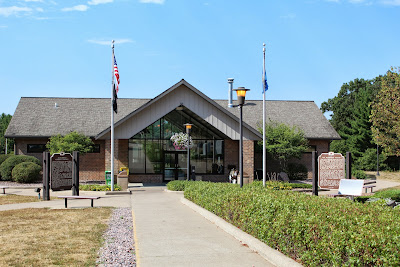