Marker 172: The Point of Beginning 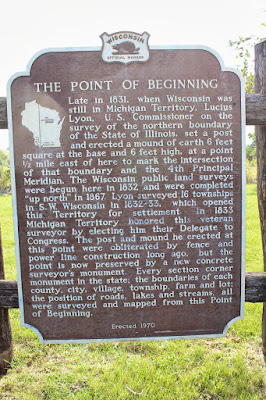 
THE POINT OF BEGINNING

Late in 1831, when Wisconsin was still in Michigan Territory, Lucius Lyon, U. S. Commissioner on the survey of the northern boundary of the State of Illinois, set a post and erected a mound of earth 6 feet square at the base and 6 feet high, at a point 1/2 mile east of here to mark the intersection of that boundary and the 4th Principal Meridian. The Wisconsin public land surveys were begun here in 1832 and were completed "up north" in 1867. Lyon surveyed 16 townships in S. W. Wisconsin in 1832-33, which opened this Territory for settlement. In 1833 Michigan Territory honored this veteran surveyor by electing him their Delegate to Congress. The post and mound he erected at this point were obliterated by fence and power line construction long ago, but the point is now preserved by a new concrete surveyor's monument. Every section corner monument in the state; the boundaries of each county, city, village, township, farm and lot; the position of roads, lakes and streams, all were surveyed and mapped from this Point of Beginning.

The marker is on northbound State Highway 80, just north of the Illinois state line, Near Hazel Green, Wisconsin 53811. 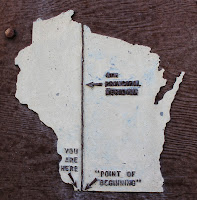 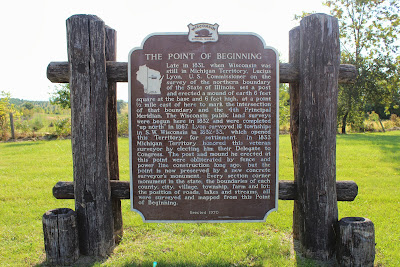 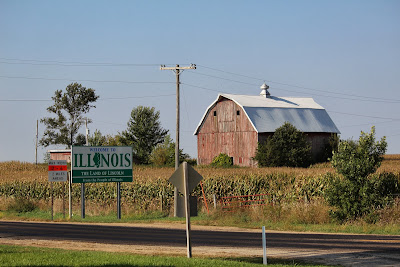 Across the street from the marker location,
looking south . . . 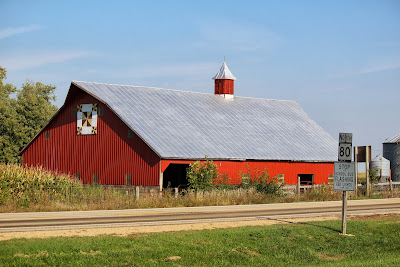 Across the street from the marker location,
looking north . . . 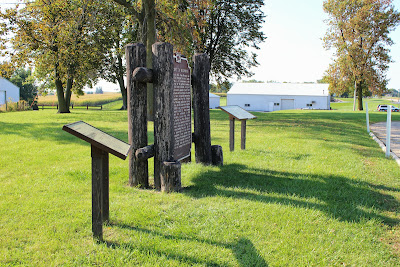 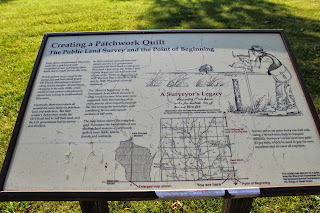 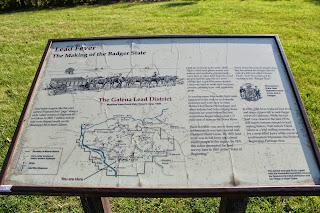 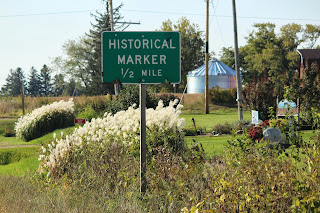 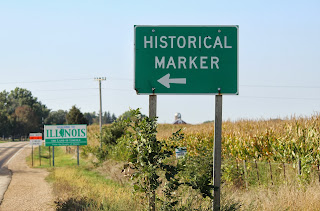 On the Illinois border! 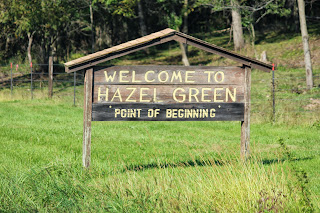 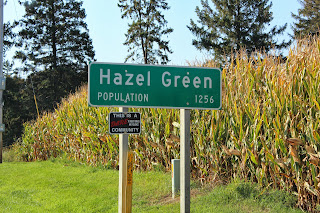