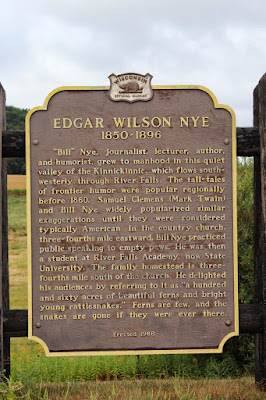 "Bill" Nye, journalist, lecturer, author, and humorist, grew to manhood in this quiet valley of the Kinnickinnic, which flows southwesterly through River Falls. The tall-tales of frontier humor were popular regionally before 1860. Samuel Clemens (Mark Twain) and Bill Nye widely popularized similar exaggerations until they were considered typically American. In the country church, three-fourths mile eastward, Bill Nye practiced public speaking to empty pews. He was then a student at River Falls Academy, now State University. The family homestead is three-fourths mile south of the church. He delighted his audiences by referring to it as "a hundred and sixty acres of beautiful ferns and bright young rattlesnakes." Ferns are few, and the snakes are gone if they were ever there. 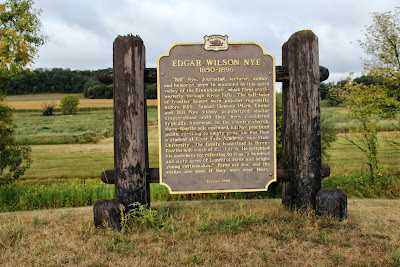 Edgar W. "Bill" Nye, 1900
This media file is in the public domain in the United States.
This applies to U.S. works where the copyright has expired,
often because its first publication occurred prior to January 1, 1923.
See this page for further explanation. 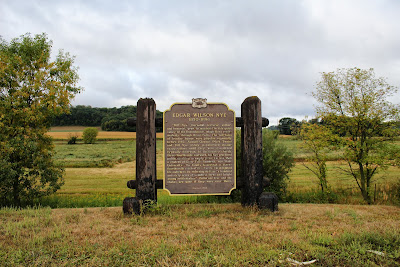 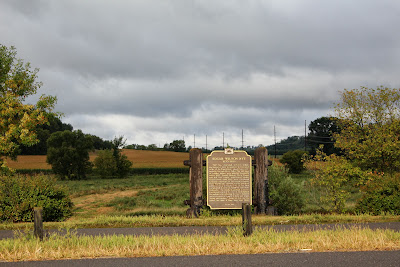 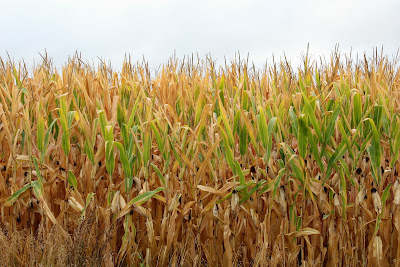 Loads of corn and corn fields! 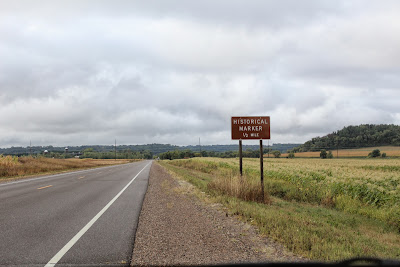 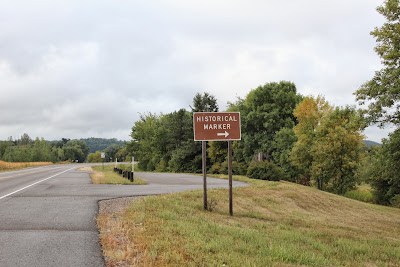