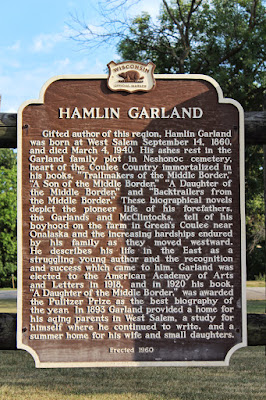 Gifted author of this region, Hamlin Garland was born at West Salem September 14, 1860, and died March 4, 1940. His ashes rest in the Garland family plot in Neshonoc cemetery, heart of the Coulee Country immortalized in his books, “Trailmakers of the Middle Border,” “A Son of the Middle Border,” “A Daughter of the Middle Border,” and “Backtrailers from the Middle Border.” These biographical novels depict the pioneer life of his forefathers, the Garlands and McClintocks, tell of his boyhood on the farm in Green's Coulee near Onalaska and the increasing hardships endured by his family as they moved westward. He describes his life in the East as a struggling young author and the recognition and success which came to him. Garland was elected to the American Academy of Arts and Letters in 1918, and in 1920 his book “A Daughter of the Middle Border,” was awarded the Pulitzer Prize as the best biography of the year. In 1893 Garland provided a home for his aging parents in West Salem, a study for himself where he continued to write, and a summer home for his wife and small daughters.

See also, Marker 100: Hamlin Garland, a related marker at a nearby location.

See also, Marker 349: Village of Neshonoc, directly across the street from this location. Hamlin Garland in 1891
This work is in the public domain in the United States
because it was published
(or registered with the U.S. Copyright Office) before January 1, 1923. 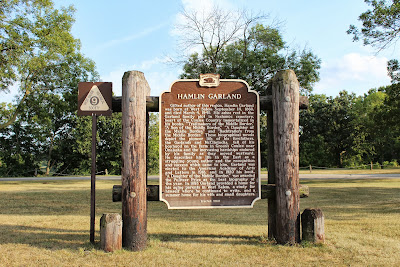 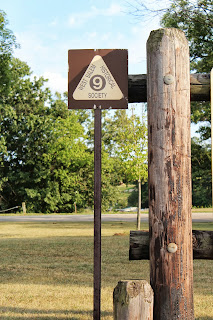 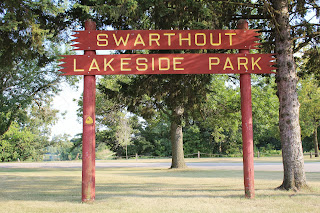 The marker is located near the parking lot to Swarthout Lakeside Park. 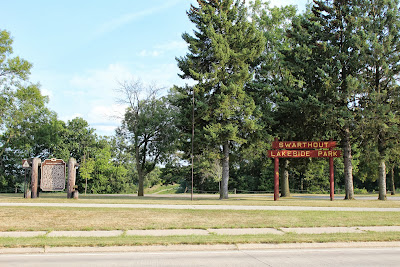 View from across the highway . . .