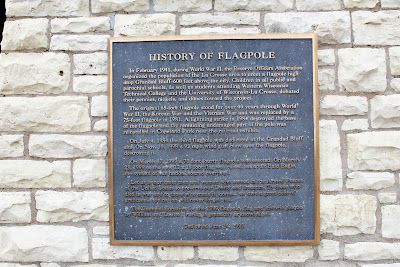 In February 1941, during World War II, the Reserve Officers Association organized the population of the La Crosse area to erect a flagpole high atop Grandad Bluff - 600 feet above the city. Children in all public and parochial schools, as well as students attending Western Wisconsin Technical College and the University of Wisconsin-La Crosse, donated their pennies, nickels, and dimes toward the project.

The original 65-foot flagpole stood over 40 years through World War II, the Korean War and the Vietnam War and was replaced by a 75-foot flagpole in 1981. A lightning strike in 1984 destroyed the base of the flagpole and the remaining undamaged part of the pole was reinstalled in Copeland Park near the railroad exhibit.

Let us honor those men and women who served in the Armed Forces of the United States to preserve our liberty and freedom. To those who died in war and to those who made it home... we owe a great debt of gratitude... the nation will never forget you.

The financial donation for the 1999 flagpole, flag and historic plaque by William and Louise Bruring is gratefully acknowledged.


These markers are also located at Grandad Park: 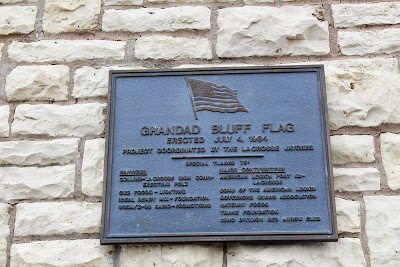 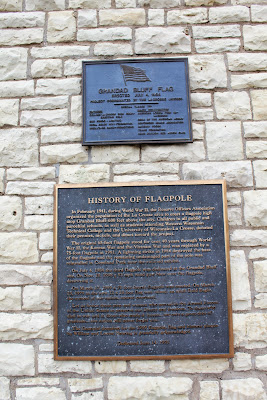 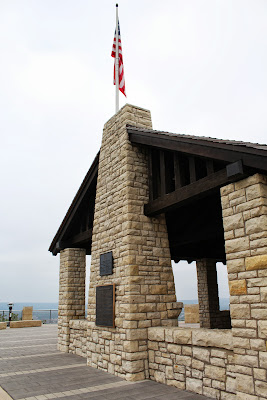 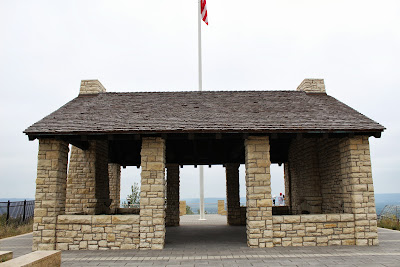 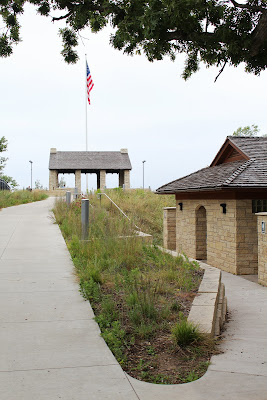 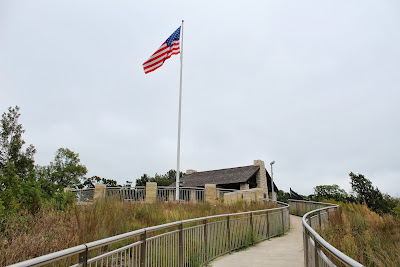 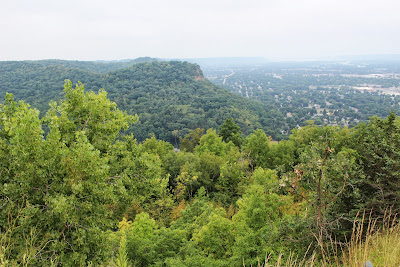 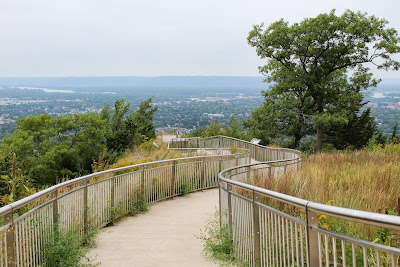 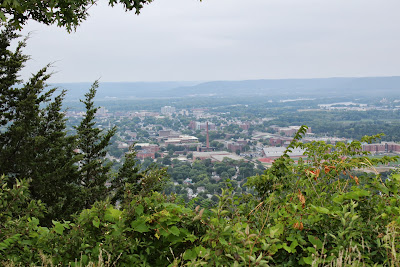 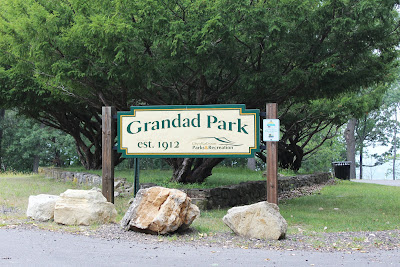 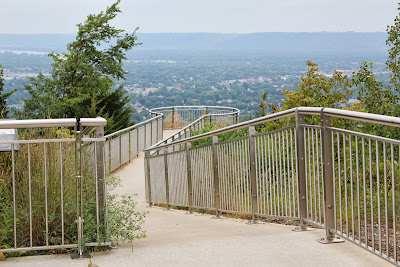 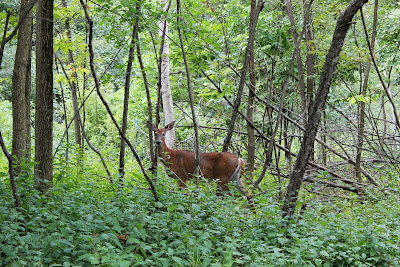 A lovely deer I encountered on the way up. 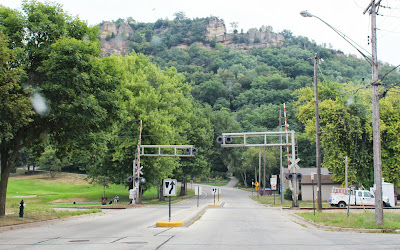 As Main Street becomes Bliss Road,
the winding, tree-lined ascent to Grandad Bluff.
Look closely and  you can see the flat at the top.