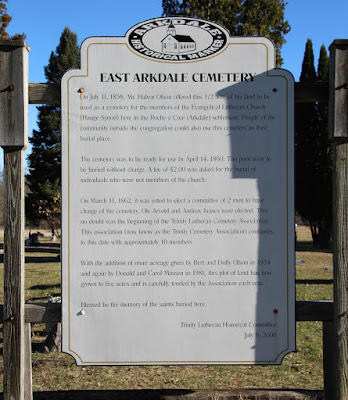 On July 11, 1859, Mr. Halvor Olson offered this 1/2 acre of his land to be used as a cemetery for the members of the Evangelical Lutheran Church (Hauge Synod) here in the Roche a Cree (Arkdale) settlement. People of the community outside the congregation could also use this cemetery as their burial place.

The cemetery was to be ready for use by April 14, 1860. The poor were to be buried without charge. A fee of $2.00 was asked for the burial of individuals who were not members of the church.

With the addition of more acreage given by Bert and Dolly Olson in 1954 and again by Donald and Carol Massen in 1981, this plot of land has now grown to five acres and is carefully tended by the Association each year.

Blessed be the memory of the saints buried here.

See also, Arkdale Trinity Lutheran Church, a related marker at a nearby location. 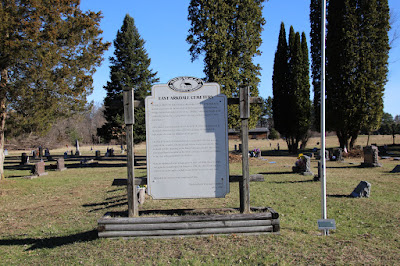 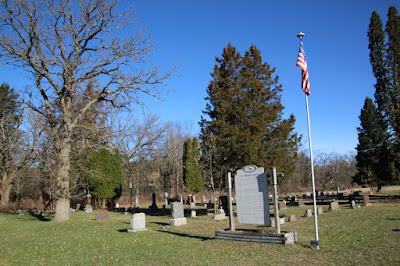 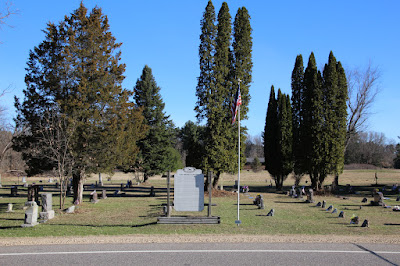 The cemetery is right up against Wisconsin Highway 21. 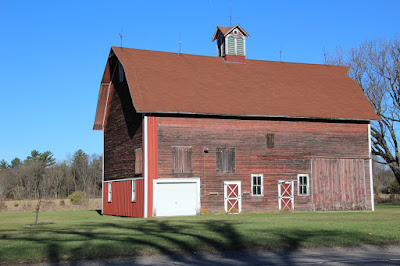 Nearby barn in downtown Arkdale -- gorgeous!! 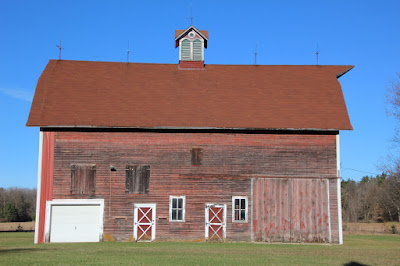 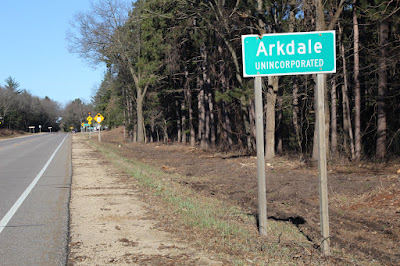