Birthplace of the Gideon Bible / Boscobel Hotel and Central House 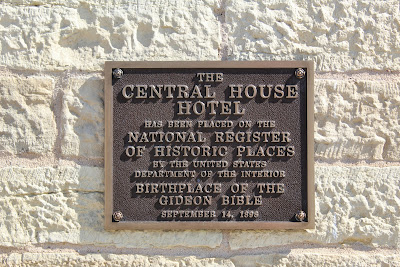 The Boscobel Hotel: A Brief History

The Gideons International: The Hotel Where It All Began

At almost any hotel in the world you will find a Gideon Bible provided by Gideons International. The birthplace of the Gideons was the Central House Hotel on September 14, 1898, in Boscobel, Wisconsin. Traveling salesmen John H. Nicholson of Janesville, Wisconsin, and Samuel E. Hill of Beloit, Wisconsin, shared a room in the crowded hotel because of a lumberman's convention. In Room 19, the men discovered that they were both Christians; they talked about starting a Christian traveling men's association. The following May the two salesmen, joined by a third, William J. Knights, rekindled that idea, and on July 1, 1899, founded the Gideons. The name Gideon comes from the Old Testament Book of Judges, and refers to a man who was willing to do whatever God asked of him. Today, the Boscobel Hotel, where the two founders met, is listed on the National Historical Register, and Room 19, where the idea of the Gideons was conceived, is preserved and marked with a special plaque. 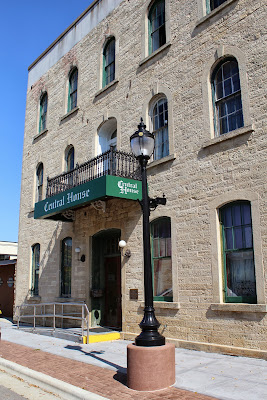 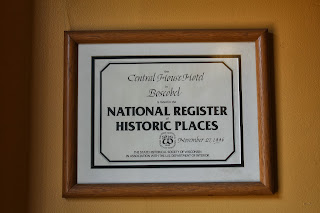 This plaque is located inside the entrance,
on the wall to the left in the photo below . . . 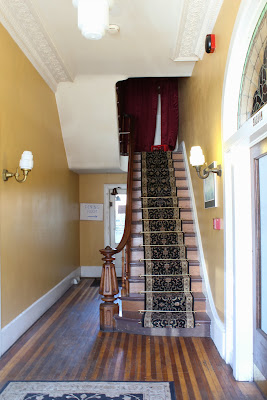 Inside the main entrance to Central House . . . 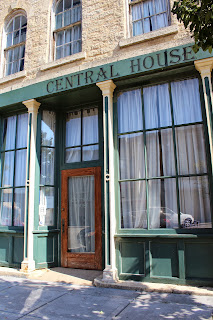 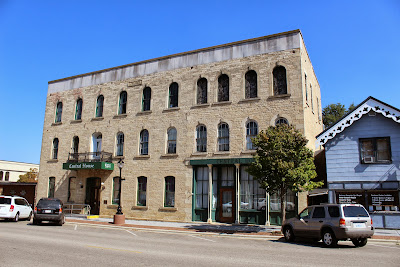