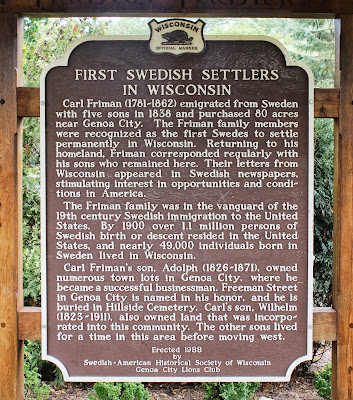 Carl Friman (1781-1862) emigrated from Sweden with five sons in 1838 and purchased 80 acres near Genoa City. The Friman family members were recognized as the first Swedes to settle permanently in Wisconsin. Returning to his homeland, Friman corresponded regularly with his sons who remained here. Their letters from Wisconsin appeared in Swedish newspapers, stimulating interest in opportunities and conditions in America.

The Friman family was in the vanguard of the 19th century Swedish immigration to the United States. By 1900 over 1.1 million persons of Swedish birth or descent resided in the United States, and nearly 49,000 individuals born in Sweden lived in Wisconsin.

Carl Friman’s son, Adolph (1826-1871), owned numerous town lots in Genoa City, where he became a successful businessman. Freeman Street in Genoa City is named in his honor, and he is buried in Hillside Cemetery. Carl’s son, Wilhelm (1823-1911), also owned land that was incorporated into this community. The other sons lived for a time in this area before moving west.

The marker is located inside Veteran's Memorial Park, 698 Fellows Road, Geona City, Wisconsin 53128. See photos and detailed directions below; the marker is inside the park, and not visible from the park parking lot. 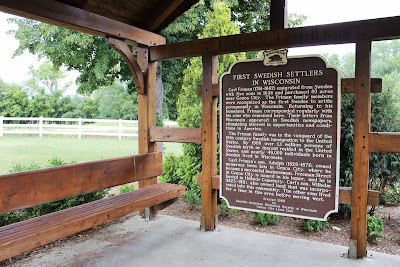 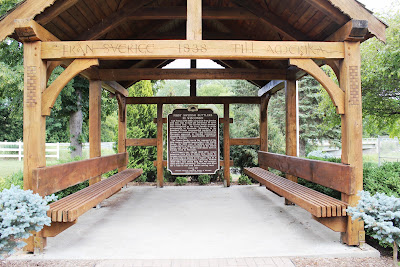 The Emigrants by S. V. Helander (1839–1901):
a young farmer bids a sober farewell to friends and relatives.
This image is in the public domain in the United States.
Click here for more information. 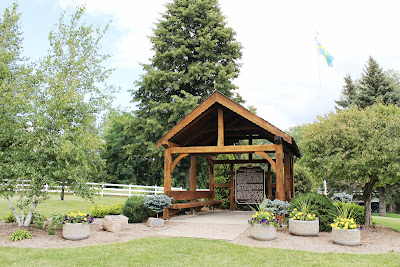 This is the most elaborate marker site I have seen in Wisconsin! 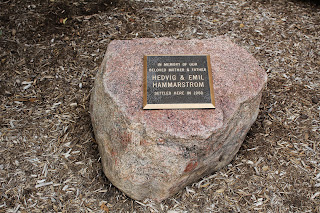 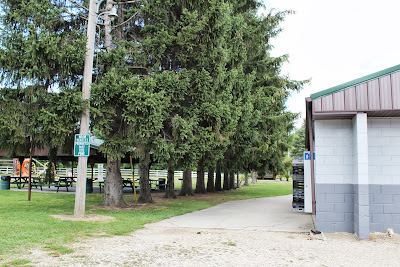 The marker is at the end of the row of pines
(you can kinda see it peeking beneath the last tree).
The GPS coordinates bring you to this parking spot,
then walk down the path to the marker; you can't miss it. 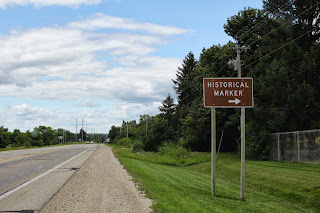