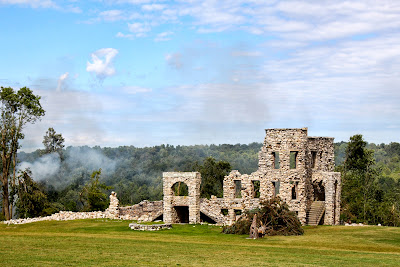 I came specifically to photograph the damage. When I returned home, I discovered I had taken the same photos over and over again. I think I couldn't believe what had happened to this interesting landmark, and subconsciously hoped that in the "next photo" Maribel Caves Hotel would be restored.

I wasn't the only one there. Cars lined the street. People lingered along the fence, taking photos, lost in thought. Except for one woman who yammered on incessantly, everyone was funeral service quiet and somber. It did feel like the death of a friend.

Very sad to have lost this beauty. But even with all the damage, she remains stately! 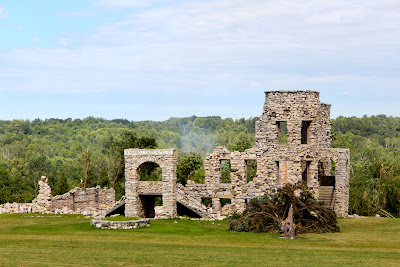 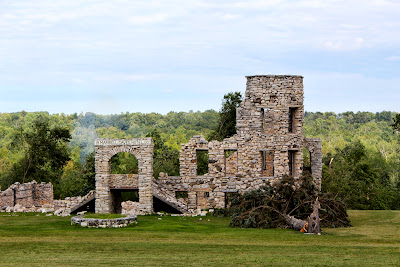 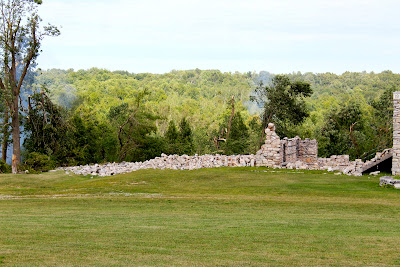 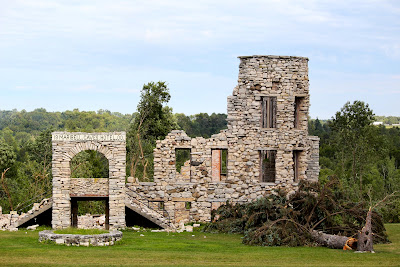 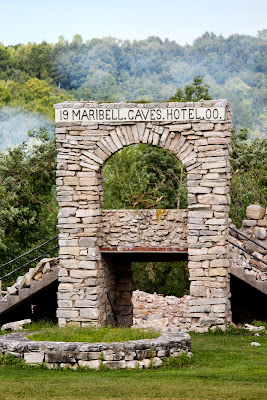 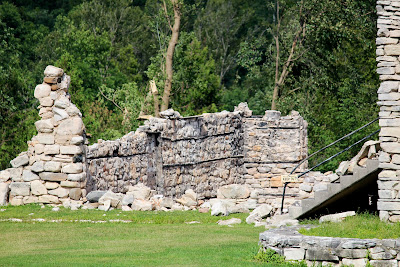 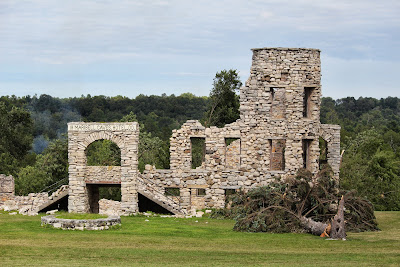 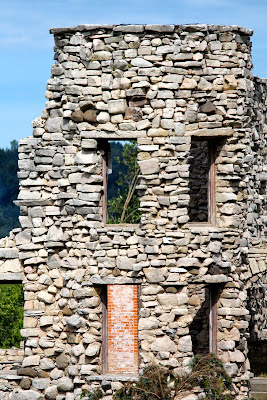 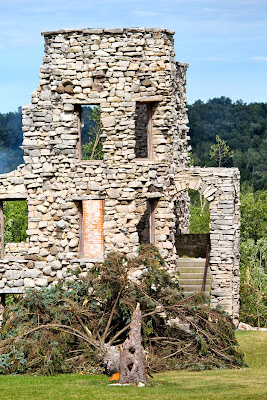 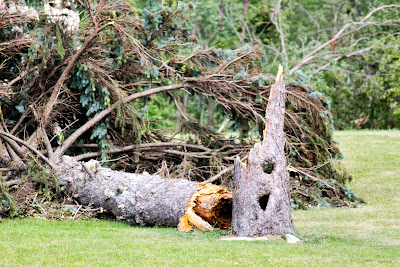 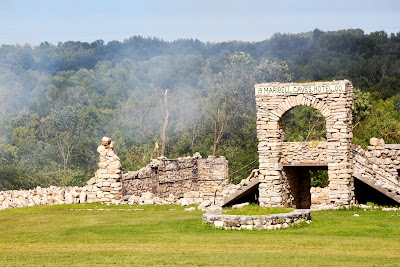 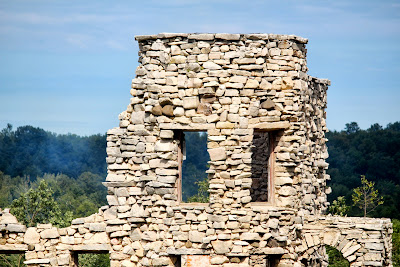 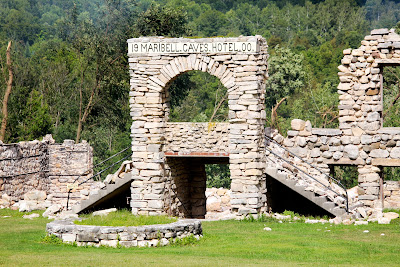 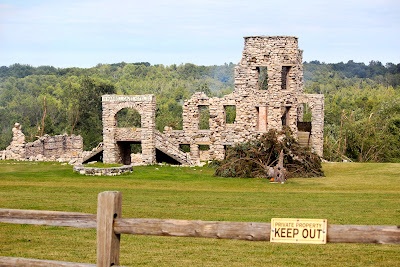 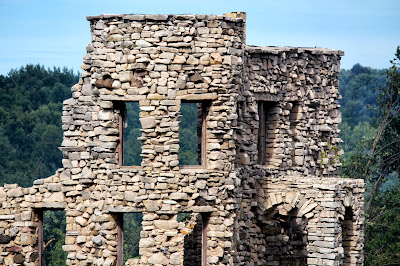 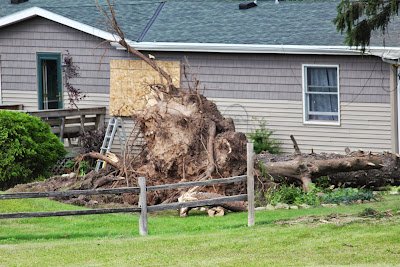 Storm damage at the home next to the hotel. 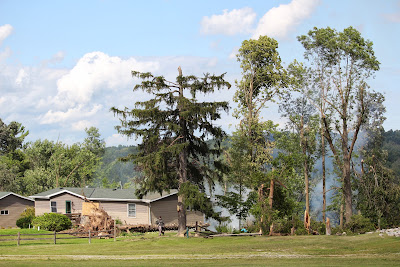 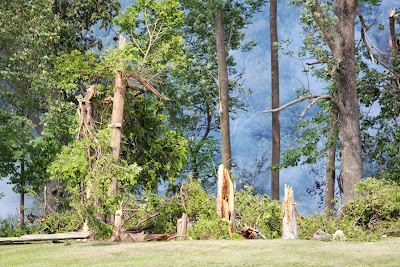 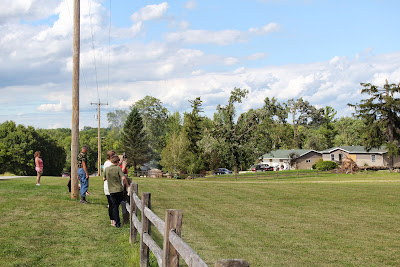 Others lined the fence and took photos. 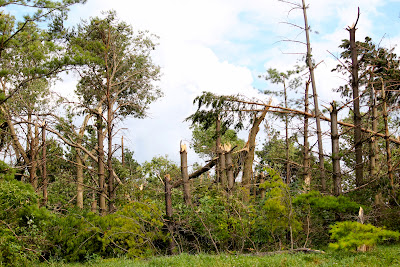 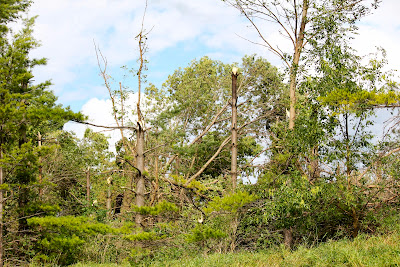 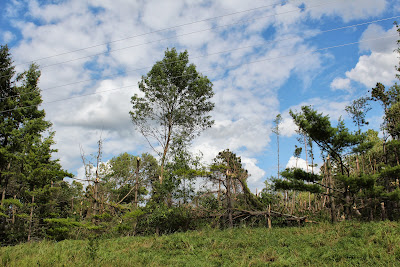 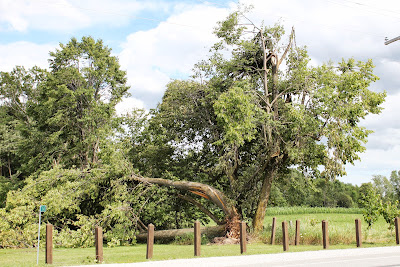 Twisted trunk at entrance to Maribel Caves County Park,
which remains closed because of storm damage . . . 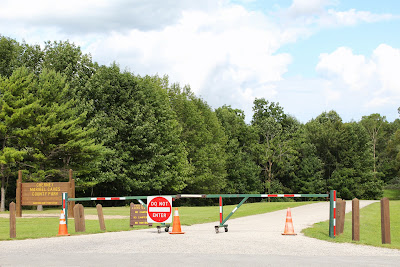 Yesterday, August 7th, 2015, I was traveling up to Green Bay for a Packer event and was forced to get off on Exit 164 because of an accident. As we headed North on Packer Drive, we encountered these 'ruins', and I knew I had to find out more about this magical looking place when I got home. I look forward to doing more research on Hotel Hell.

I believe you will find the history of the property quite intriguing! Thank you for visiting and for sharing your story!