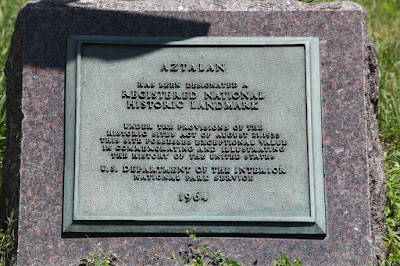 has been designed a
REGISTERED NATIONAL
HISTORIC LANDMARK
under the provisions of the
Historic Sites Act of August 21, 1935.
This site possesses exceptional value
in commemorating and illustrating
the history of the United States.

Statement of Significance (as of designation - July 19, 1964):
This large stockaded temple mound site, first discovered in 1836, is the northernmost of the major Mississipian culture archeological sites. It now forms Aztalan State Park. It represents an important northern extension of the Cahokia phase of the Middle Mississippi Culture.

Condition:
One of the most remarkable aspects of Aztalan is that the area around it has not been developed. It is possible to stand at many locations on the site and see vistas similar to what the original residents saw. The site lies just south of I-94 on the Madison-Milwaukee Corridor, however. Small communities along this corridor are developing rapidly and the community of Lake Mills located west of the site is no exception. Developments in the community are spreading east toward Aztalan at a rapid rate. If the land between Lake Mills and Aztalan is not purchased, or the development rights are not purchased, the site will be quickly engulfed and the landscape context for one of Wisconsin's most important places will be lost.

In the last year the Wisconsin DNR and the site's Friends group have increased the visibility of the site by sponsoring tours, exhibits, artifact identification events, and the production of a a video. Many of these events have been done in partnership with the local community. They also replaced sections of the reconstructed stockade wall that were in poor condition. The Wisconsin Historical Society published a book in 2006 entitled "Aztalan: Mysteries of an Ancient Indian Town," written by Robert A. Birmingham and Lynne G. Goldstein. These actions are increasing the profile of the site and setting the stage for additional protective actions. 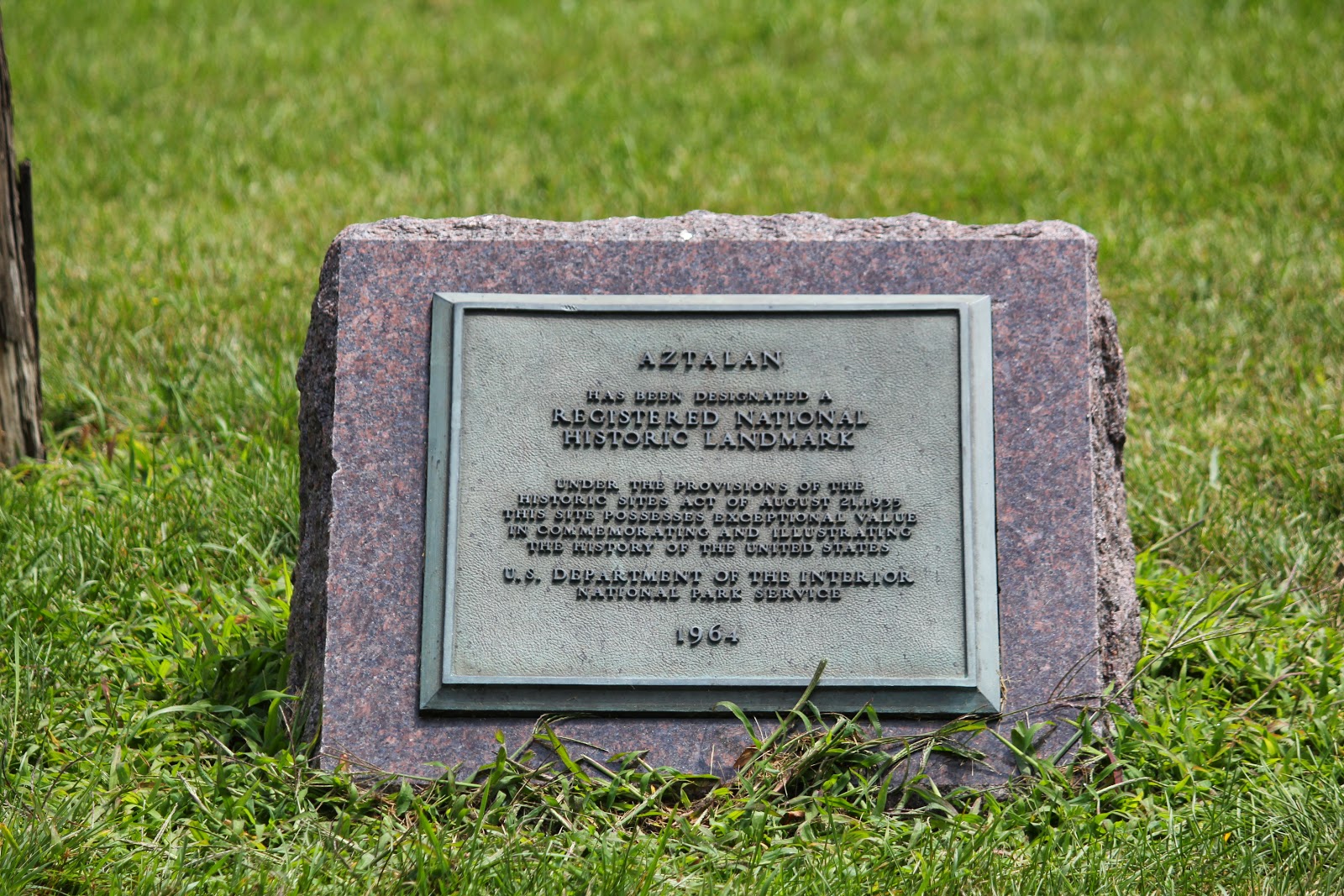 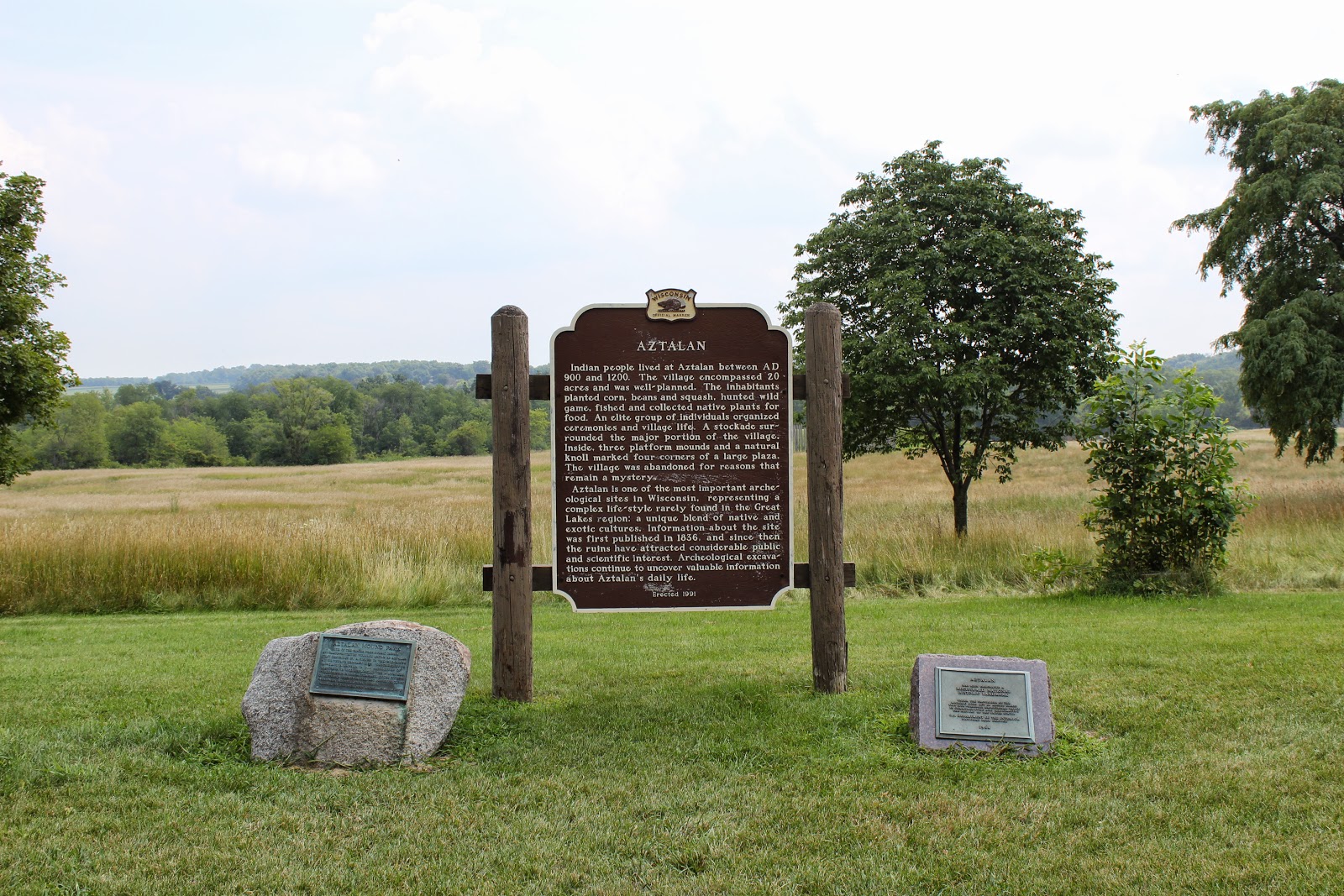 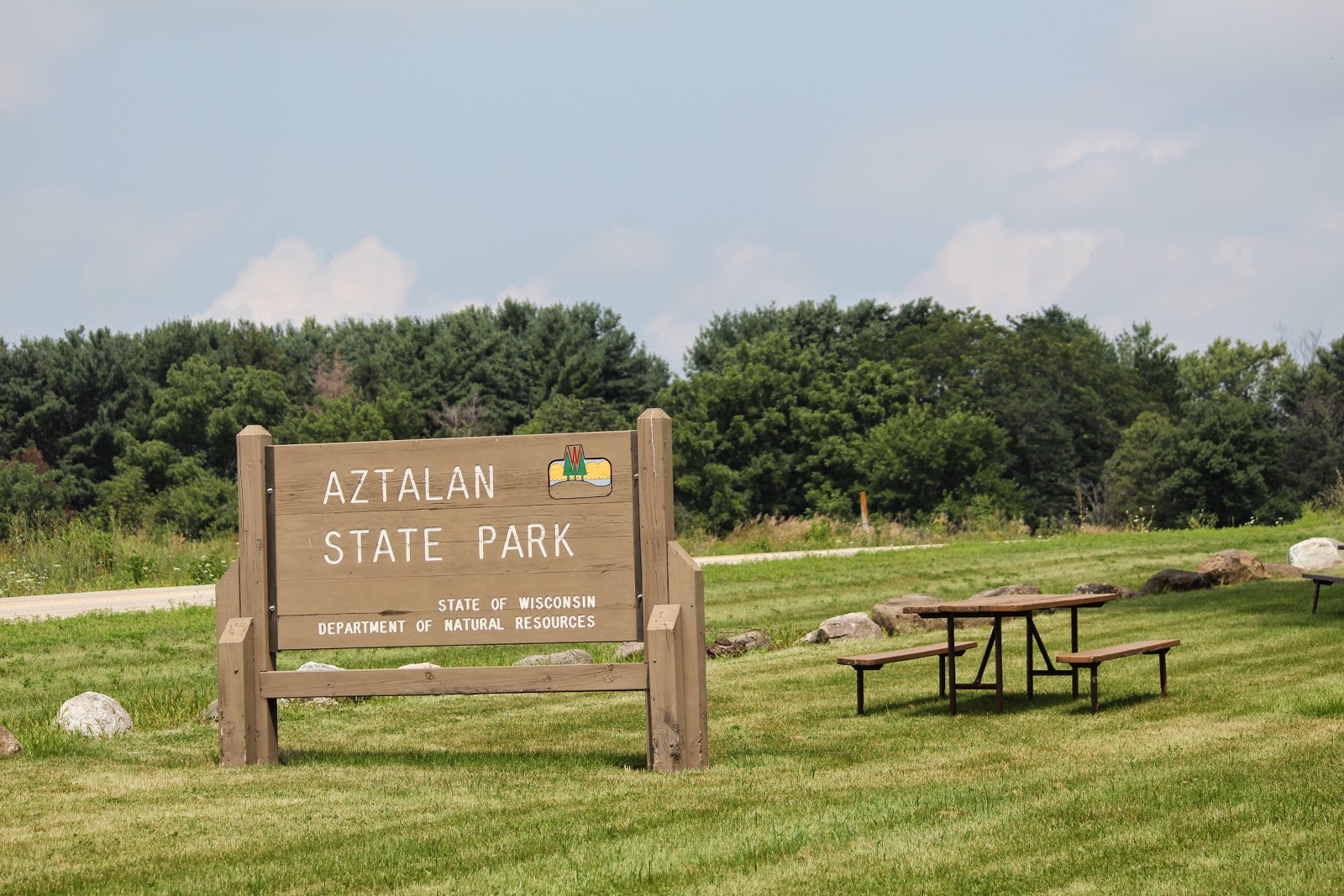 The marker is located at Aztalan State Park in Lake Mills, Wisconsin.