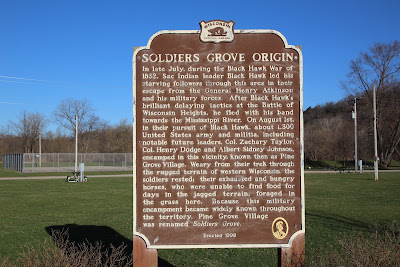 In late July, during the Black Hawk War of 1832, Sac Indian leader Black Hawk led his starving followers through this area in their escape from the General Henry Atkinson and his military forces. After Black Hawk's brilliant delaying tactics at the Battle of Wisconsin Heights, he fled with his band towards the Mississippi River. On August 1st, in their pursuit of Black Hawk, about 1,300 United States army and militia, including notable future leaders, Col. Zachary Taylor, Col. Henry Dodge and Albert Sidney Johnson, encamped in this vicinity, known then as Pine Grove Village. Weary from their trek through the rugged terrain of western Wisconsin, the soldiers rested; their exhausted and hungry horses, who were unable to find food for days in the jagged terrain, foraged in the grass here. Because this military encampment became widely known throughout the territory, Pine Grove Village was renamed Soldiers Grove.

Marker is located at a park on southbound Main Street / County Highway C on the southwest corner of its intersection with Mill Street, Soldiers Grove, Wisconsin 54655. 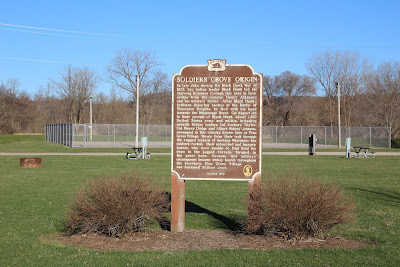 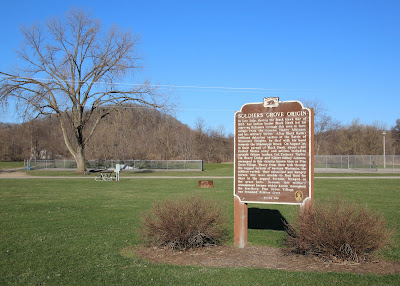 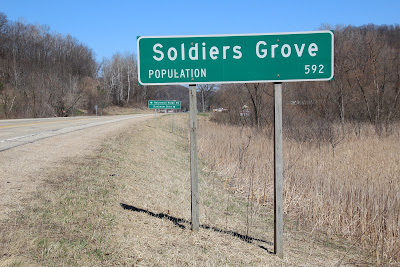 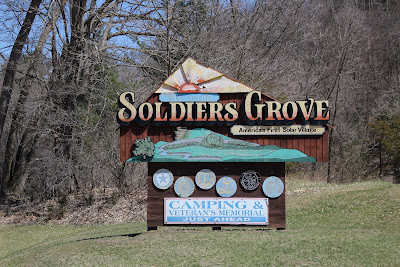 The marker is located in Soldiers Grove, Wisconsin.