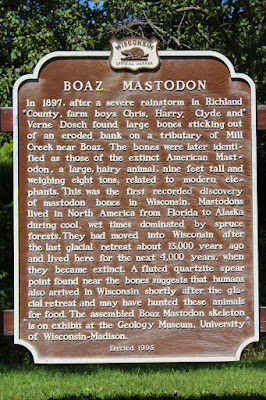 In 1897, after a severe rainstorm in Richland County, farm boys Chris, Harry, Clyde and Verne Dosch found large bones sticking out of an eroded bank on a tributary of Mill Creek near Boaz. The bones were later identified as those of the extinct American Mastodon, a large, hairy animal, nine feet tall and weighing eight tons, related to modern elephants. This was the first recorded discovery of mastodon bones in Wisconsin. Mastodons lived in North America from Florida to Alaska during cool, wet times dominated by spruce forests. They had moved into Wisconsin after the last glacial retreat about 13,000 years ago and lived here for the next 4,000 years, when they became extinct. A fluted quartzite spear point found near the bones suggests that humans also arrived in Wisconsin shortly after the glacial retreat and may have hunted these animals for food. The assembled Boaz Mastodon skeleton is on exhibit at the Geology Museum, University of Wisconsin – Madison.

The marker is located at a highway pull-off on U.S. 14, east of its intersection with County Highway Z, Richland Center, Wisconsin 53581. 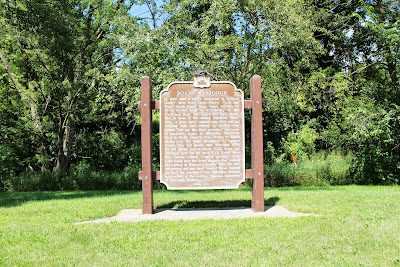 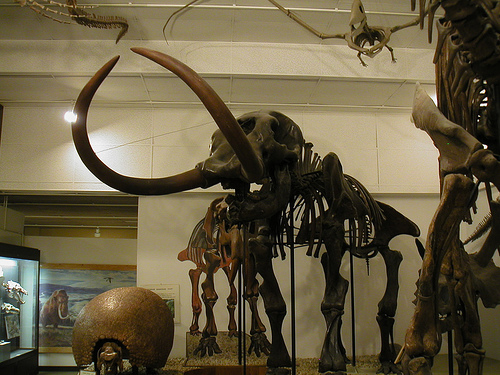 The Boaz Mastodon on display at UW-Madison
This file is licensed under the
Creative Commons Attribution-Share Alike 3.0 Unported license;
click here for more information. 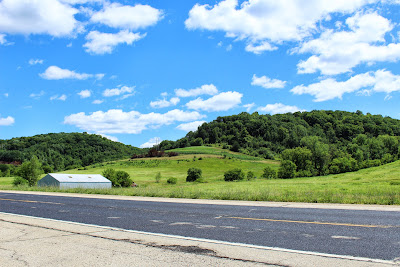 Scenery across the road from the marker. 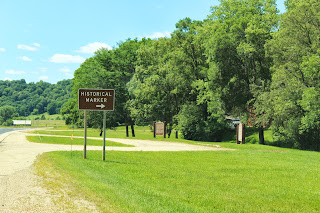 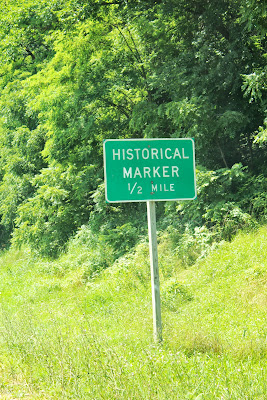 Signage leading up to marker.