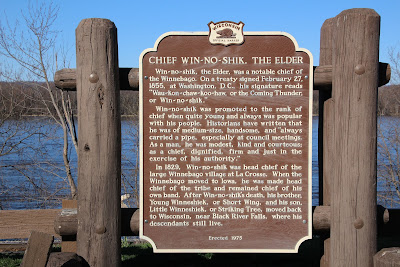 Win-no-shik, the Elder, was a notable chief of the Winnebago. On a treaty signed February 27, 1855, at Washington, D. C., his signature reads "Wau-kon-chaw-koo-haw, or the Coming Thunder, or Win-no-shik."

Win-no-shik was promoted to the rank of chief when quite young and always was popular with his people. Historians have written that he was of medium-size, handsome, and "always carried a pipe, especially at council meetings. As a man, he was modest, kind and courteous; as a chief, dignified, firm and just in the exercise of his authority."

In 1829, Win-no-shik was head chief of the larger Winnebago village at La Crosse. When the Winnebago moved to Iowa, he was made head chief of the tribe and remained chief of his own band. After Win-no-shik's death, his brother, Young Winneshiek, or Short Wing, and his son, Little Winneshiek, or Striking Tree, moved back to Wisconsin, near Black River Falls, where his descendants still live. 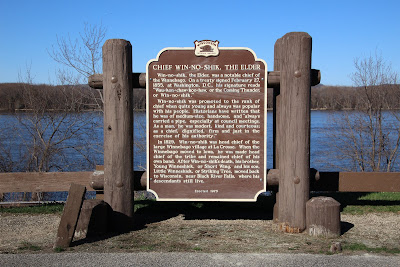 With the swollen Mississippi River sparkling in the background. 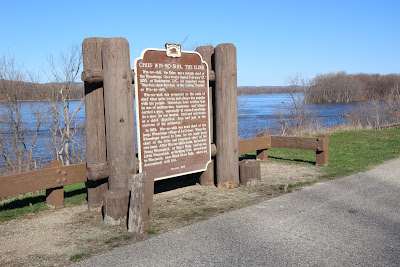 Looking northeast along the Mississippi River. 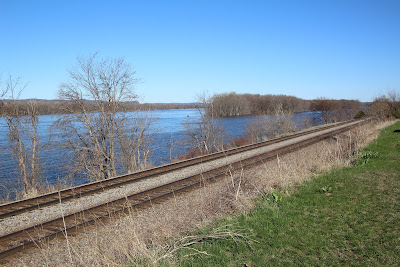 Looking northeast -- the railroad tracks behind the marker. 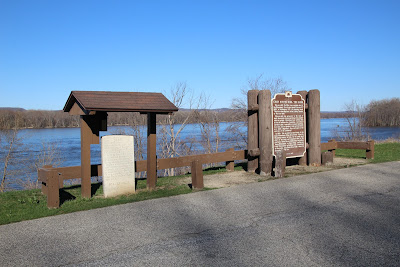 See also, Winneshiek's Landing (on the left), also at this location. 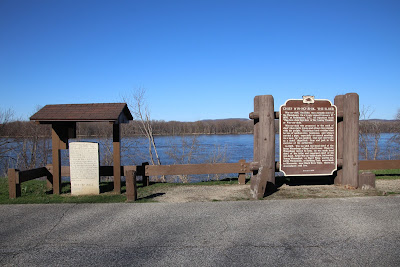 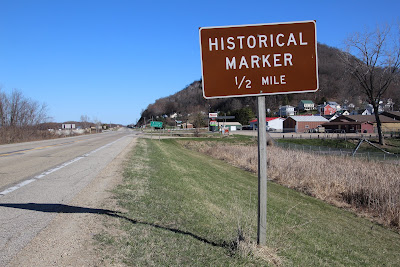 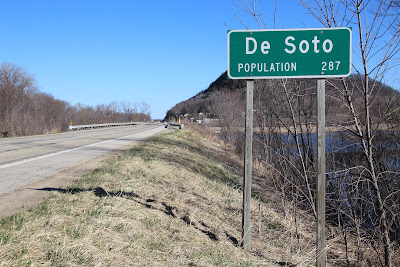 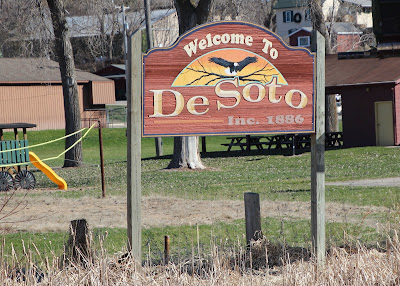 The marker is located in De Soto, Wisconsin.