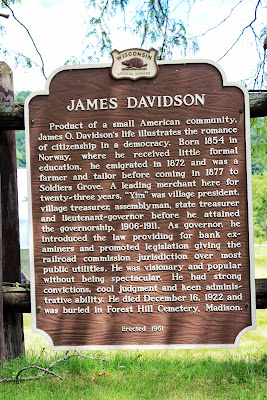 Product of a small American community, James 0. Davidson's life illustrates the romance of citizenship in a democracy. Born 1854 in Norway, where he received little formal education, he emigrated in 1872 and was a farmer and tailor before coming in 1877 to Soldiers Grove. A leading merchant here for twenty-three years, "Yim" was village president, village treasurer, assemblyman, state treasurer and lieutenant-governor before he attained the governorship, 1906-1911. As governor, he introduced the law providing for bank examiners and promoted legislation giving the railroad commission jurisdiction over most public utilities. He was visionary and popular without being spectacular. He had strong convictions, cool judgment and keen administrative ability. He died December 16, 1922 and was buried in Forest Hill Cemetery, Madison.

The marker is located at a highway pulloff on northbound Pine Street / U.S. 61, north of its intersection with Sunbeam Boulevard / Halverson Ridge Road, Soldiers Grove, Wisconsin 54655. 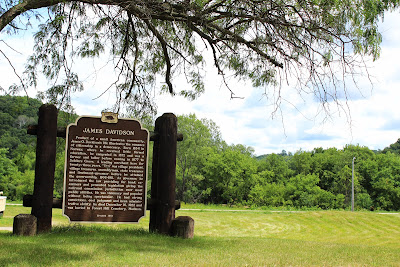 James Ole Davidson 1912
This media file is in the public domain in the United States.
This applies to U.S. works where the copyright has expired,
often because its first publication occurred prior to January 1, 1923.
See this page for further explanation. 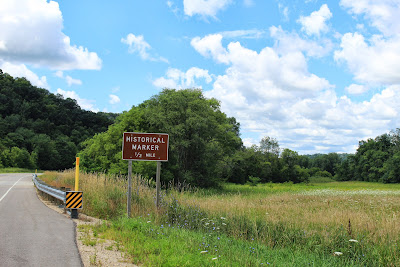 Signage leading to the marker . . . 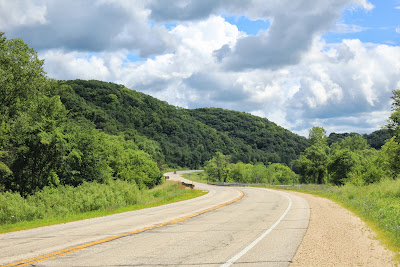 The beautiful scenery of Crawford County . . .
like heading to Brigadoon! 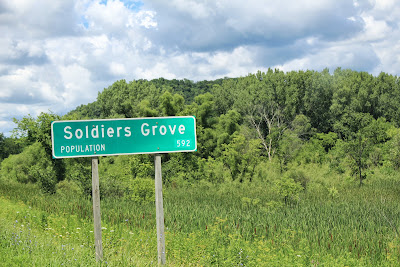 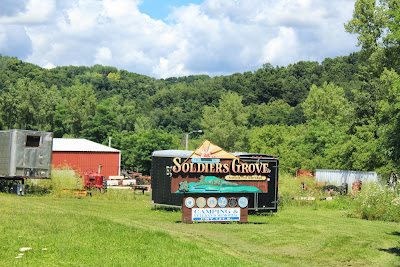 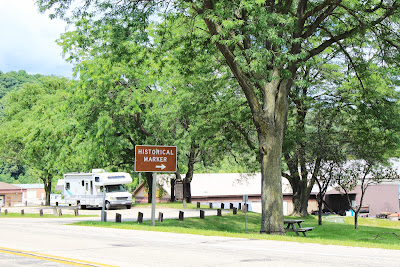 More marker enthusiasts! Arrived as I was leaving . . .