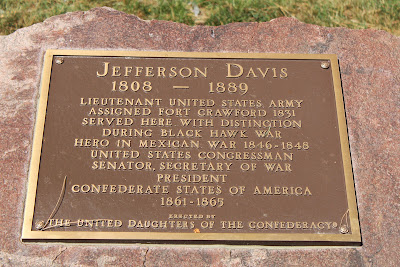 Erected by
The United Daughters of the Confederacy


So how does a Confederate President get a marker in Union Wisconsin? Because before the Civil War, all these officers had been comrades at West Point and had served together at posts around the United States. When the Civil War started, they had to choose sides. Jefferson Davis was born in Kentucky and grew up on plantations in Mississippi and Louisiana. He chose on the side of the Confederacy. 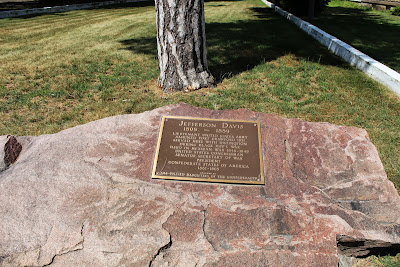 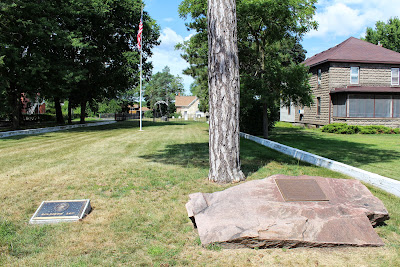 The marker is on top of the pink granite boulder to the right.

So is this a monument to the CSA?

No, it is not. It's an historical marker relating the history of Wisconsin.