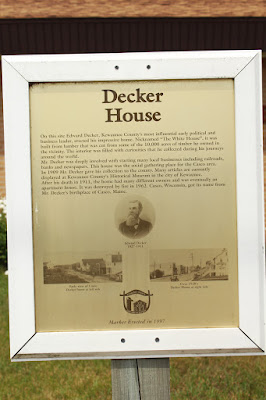 On this site Edward Decker, Kewaunee County's most influential early political and business leader, erected his impressive home. Nicknamed "The White House," it was built from lumber that was cut from some of the 10,000 acres of timber he owned in the vicinity. The interior was filled with curiosities that he collected during his journeys around the world.

Mr. Decker was deeply involved with starting many local businesses including railroads, banks and newspapers. This house was the social gathering place for the Casco area.

In 1909 Mr. Decker gave his collection to the county. Many articles are currently displayed at Kewaunee County's Historical Museum in the city of Kewaunee.

After his death in 1911, the home had many different owners and was eventually an apartment house. It was destroyed by fire in 1962. Casco, Wisconsin, got its name from Mr. Decker's birthplace of Casco, Maine.

The marker is located on the grounds of the United States Post Office, 307 Main Street /Highway 54, Casco, Wisconsin 54205.

Marker is No. 19 on the Kewaunee County Historical Society Driving Tour. 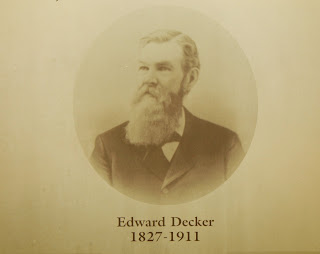 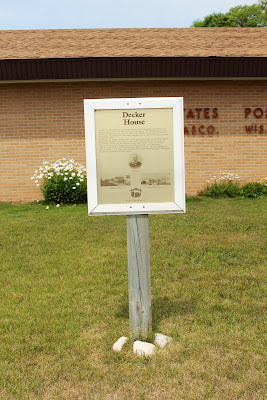 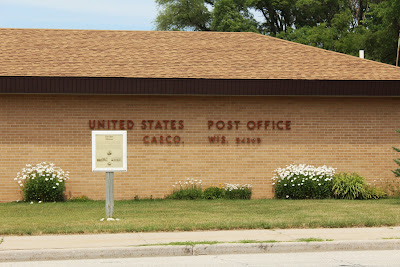 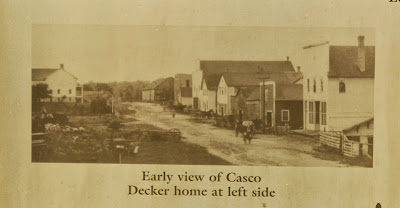 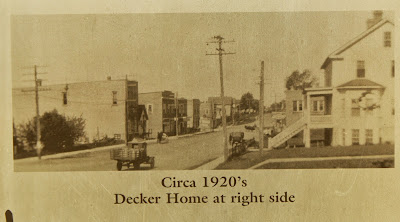 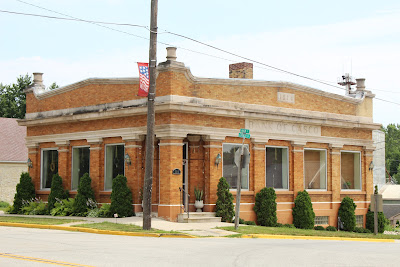 Cool bank building, across the street.