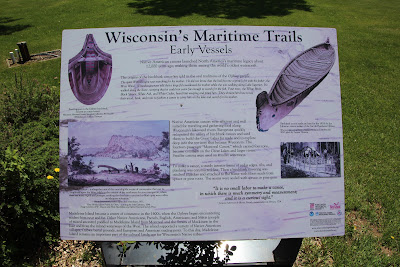 The origins of the birchbark canoe are told in the oral traditions of the Ojibwe people. The spirit Winneboujou was searching for his mother. He did not know that she had become a spirit to be with his father, the West Wind. Winneboujou was told that a large fish swallowed his mother while she was walking along Lake Superior. He walked along the shore, weeping that he could not swim far enough to search for the fish. Four trees, the White Birch, Black Spruce, White Ash, and White Cedar, heard him weeping and pitied him. They showed him how to use their wood, bark, and roots to fashion a canoe to carry him on the lake and search for his mother.

Native American canoes were efficient and well suited for traveling and gathering food along Wisconsin's lakes and rivers. Europeans quickly recognized the utility of the birchbark canoes and used them to build the Great Lakes fur trade and to explore deep into the territory that became Wisconsin. The fourteen passenger “Montreal Canoe,” which carried four tons, became common on the Great Lakes and larger rivers. Smaller canoes were used on smaller waterways.

To make a canoe, a sturdy interior frame of cedar edges, ribs and planking was constructed first. Then a birchbark covering was stitched together and attached to the frame with fibers made from spruce or pine roots. The seams were sealed with spruce or pine gum.

“It is no small labor to make a canoe, in which there is much symmetry and measurement; and it is a curious sight.” - Jacques Sabrevois de Bleury, French commandant in Detroit, 1714

Madeline Island became a center of commerce in the 1600s, when the Ojibwe began encountering traders from near and far. Other Native Americans, French, English, Americans, and Metis (people of mixed ancestry) paddled to Madeline Island from Montreal and the Straits of Mackinaw in the East and from the inland waterways of the West. The island supported a variety of Native American villages, Ojibwe burial grounds, and European and American trading posts. To this day, Madeline Island remains an important part of the cultural landscape for Wisconsin’s Native tribes.

The marker is located on Madeline Island on southbound Fort Road, half a mile south of the Ferry Dock, at the entrance to LaPointe Memorial Park / Joni's Beach, La Pointe, Wisconsin 54850. 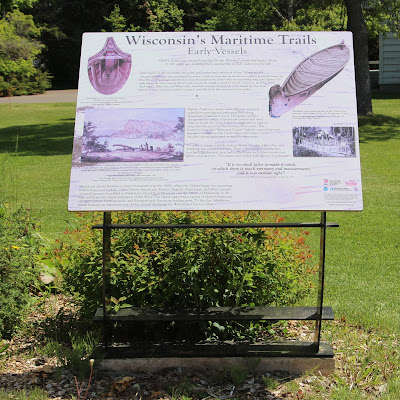 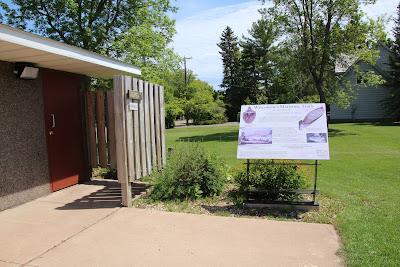 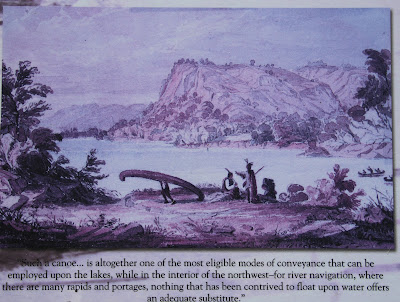 "Such a canoe... is altogether one of the most eligible modes of conveyance that can be employed upon the lakes, while in the interior of the northwest-for river navigation, where there are many rapids and portages, nothing that has been contrived to float upon water offers an adequate substitute." 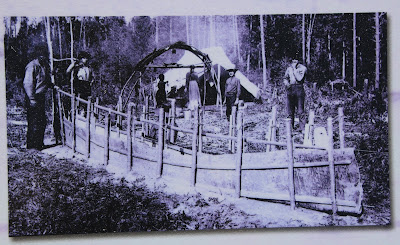 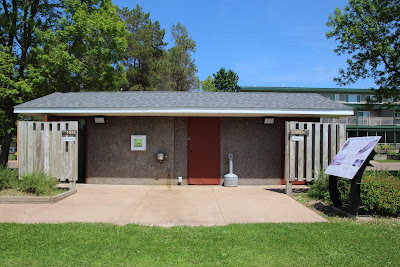 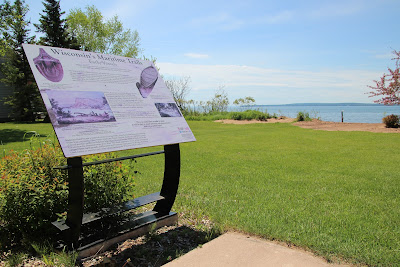 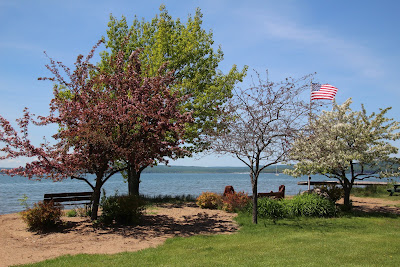 Beautiful nearby beach alongside Lake Superior. 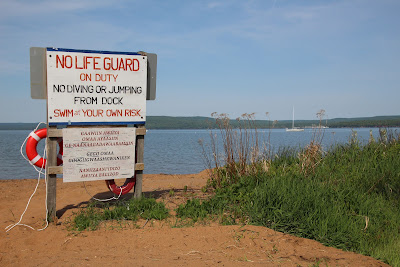 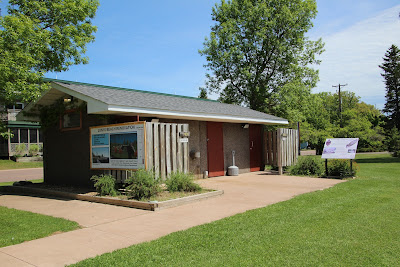 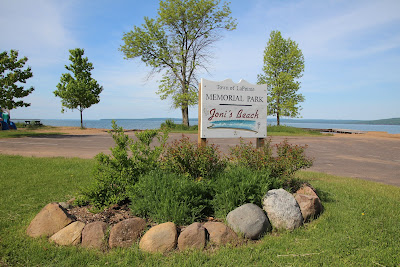 The marker is located at Memorial Park / Joni's Beach
(to the left of this sign). 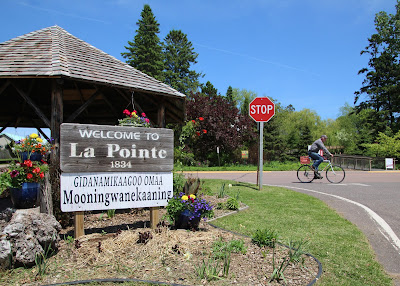 The marker is located at La Pointe, Wisconsin.