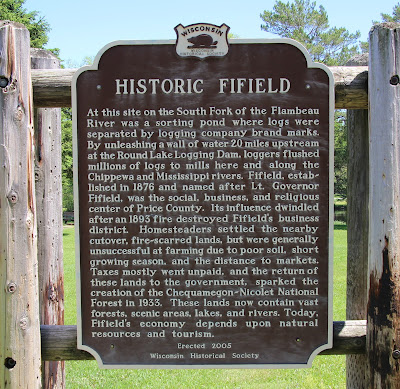 At this site on the South Fork of the Flambeau River was a sorting pond where logs were separated by logging company brand marks. By unleashing a wall of water 20 miles upstream at the Round Lake Logging Dam, loggers flushed millions of logs to mills here and along the Chippewa and Mississippi rivers. Fifield, established in 1876 and named after Lt. Governor Fifield, was the social, business, and religious center of Price County. Its influence dwindled after an 1893 fire destroyed Fifield’s business district. Homesteaders settled the nearby cutover, fire-scarred lands, but were generally unsuccessful at farming due to poor soil, short growing season, and the distance to markets. Taxes mostly went unpaid, and the return of these lands to the government, sparked the creation of the Chequamegon-Nicolet National Forest in 1933. These lands now contain vast forests, scenic areas, lakes, and rivers. Today, Fifield’s economy depends upon natural resources and tourism.

The marker is located at Movrich Park, a small community park on the west bank of the Flambeau River, and is accessible from northbound Willow Avenue, just south of its intersection with Oak Street / Wisconsin Highway 70, at or near 14037 Willow Avenue, Fifield, Wisconsin 54524. 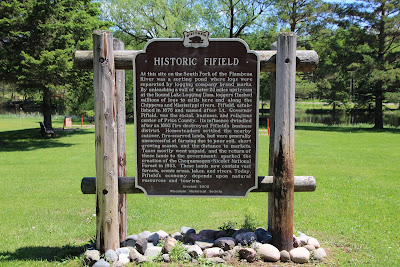 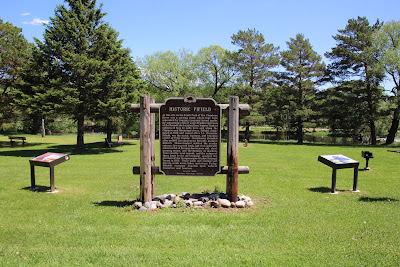 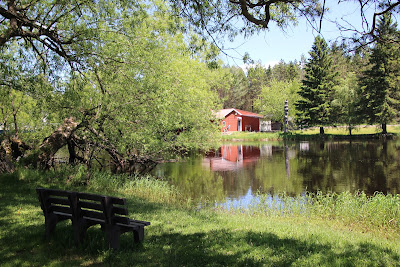 Beautiful scenery at the marker location. 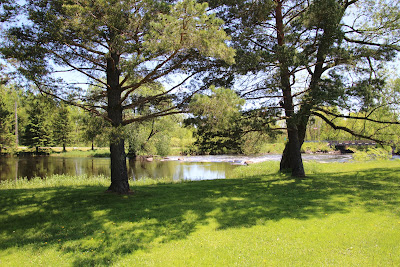 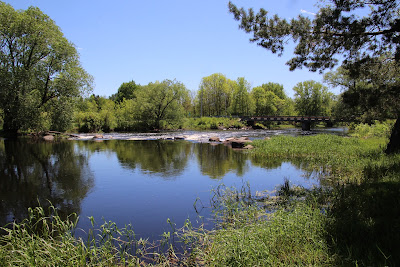 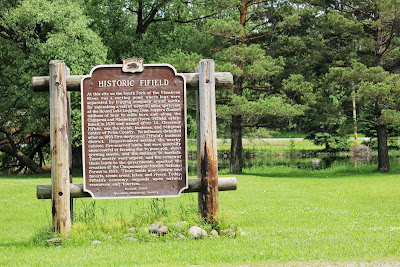 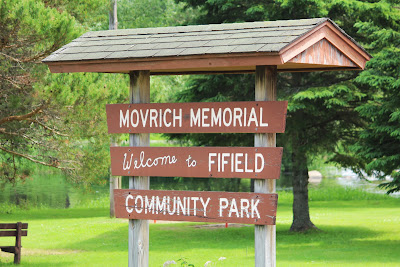 The marker is located at Movrich Memorial Community Park. 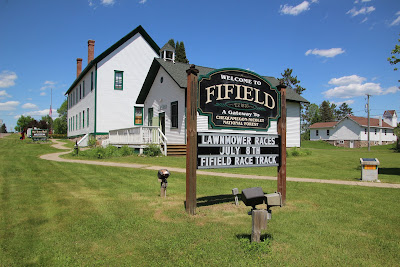 The marker is located in Fifield, Wisconsin.