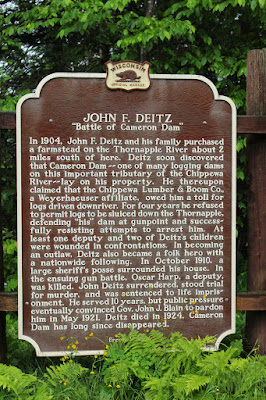 In 1904, John F. Deitz and his family purchased a farmstead on the Thornapple River about 2 miles south of here. Deitz soon discovered that Cameron Dam -- one of many logging dams on this important tributary of the Chippewa River -- lay on his property. He thereupon claimed that the Chippewa Lumber & Boom Co., a Weyerhaeuser affiliate, owed him a toll for logs driven downriver. For four years he refused to permit logs to be sluiced down the Thornapple, defending "his" dam at gunpoint and successfully resisting attempts to arrest him. At least one deputy and two of Deitz's children were wounded in confrontations. In becoming an outlaw, Deitz also became a folk hero with a nationwide following. In October 1910, a large sheriff's posse surrounded his house. In the ensuing gun battle, Oscar Harp, a deputy, was killed. John Deitz surrendered, stood trial for murder, and was sen­tenced to life imprisonment. He served 10 years, but public pressure eventually convinced Gov. John J. Blain to pardon him in May 1921. Deitz died in 1924. Cameron Dam has long since disappeared. 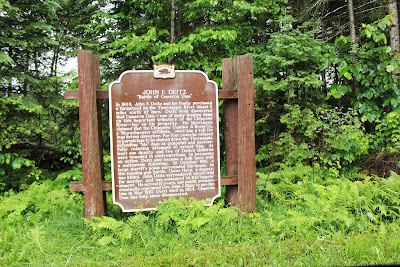 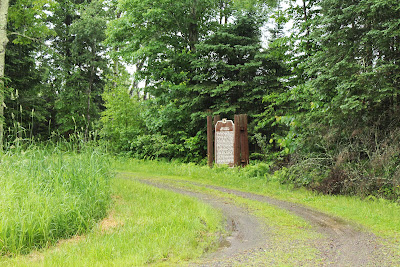 The Dietz Family at their home
This media file is in the public domain;
click here for more information. 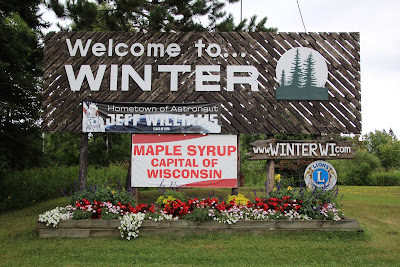 The marker is located in Winter, Wisconsin.

If you walk to the site, be careful before you get back in your car. I picked 22 ticks off me when I did it a few years ago in June. -- Terry Evan Williams, great-grand-nephew of John F. Dietz (by marriage)

Oh, my, you've made my skin crawl!! One tick is bad enough -- but 22! I think I would have passed out. LOL. Good advice to visit when the ticks aren't hopping! It's so weird and very unusual -- I have no memory of photographing this marker, but I do have plans to be in Winter this summer (2017). Thank you for sharing your marker visit story.