Marker 28: Tragedy on the Siskiwit 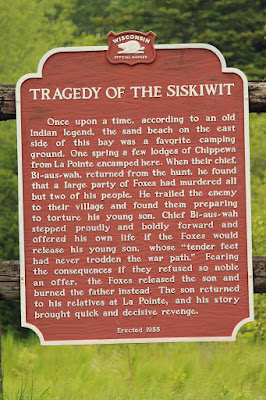 Once upon a time, according to an old Indian legend, the sand beach on the east side of this bay was a favorite camping ground. One spring a few lodges of Chippewa from La Pointe encamped here. When their chief, Bi-aus-wah, returned from the hunt, he found that a large party of Foxes had murdered all but two of his people. He trailed the enemy to their village and found them preparing to torture his young son. Chief Bi-aus-wah stepped proudly and boldly forward and offered his own life if the Foxes would release his young son, whose “tender feet had never trodden the war path.” Fearing the consequences if they refused so noble an offer, the Foxes released the son and burned the father instead. The son returned to his relatives at La Pointe, and his story brought quick and decisive revenge.

Wikipedia: Tragedy of the Siskiwit 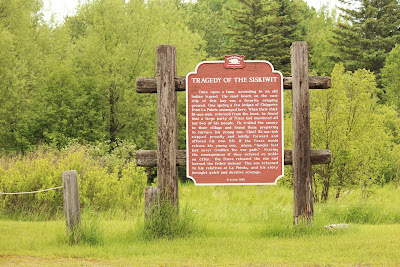 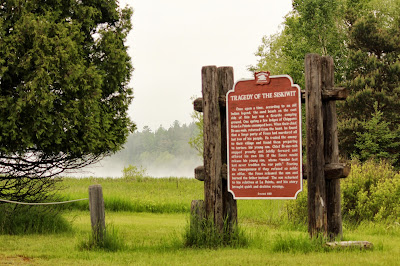 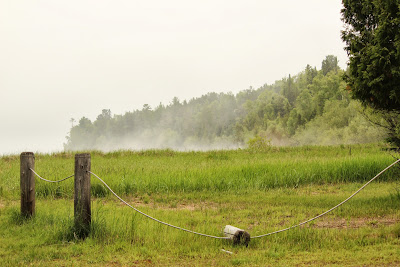 Reading this marker really moved me. I recall traveling with my family through Cornucopia once when I was about 12 or so, I'm now 65. I still often think about this story. I'm amazed it has stuck with me that long!

This is one value of historical markers -- to give us those stories of the people who came before us, so history can have an impact on our present lives. Thank you for sharing your tender experience!