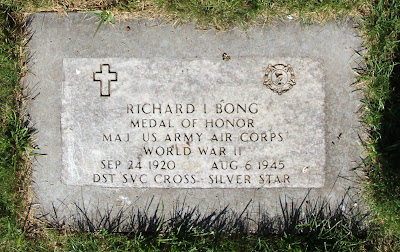 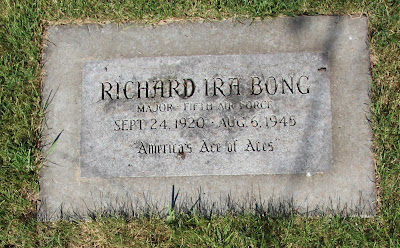 NOTE: Check Google Map before heading out; the GPS coordinates will take you to Major Bong's burial site. 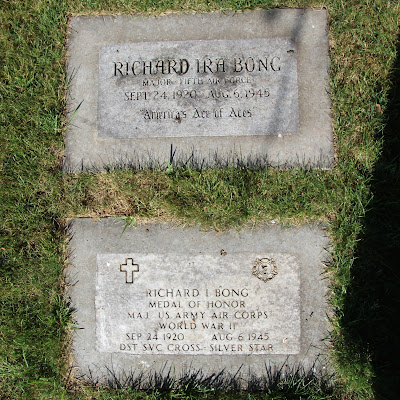 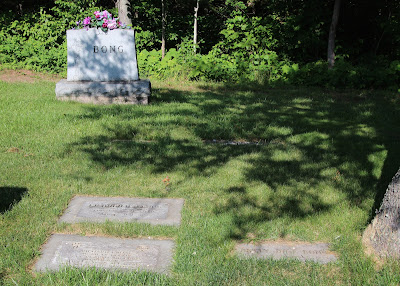 Richard "Ace of Aces" Bong
This media file is in the public domain.
Click here for more information. 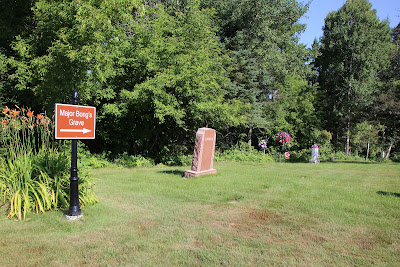 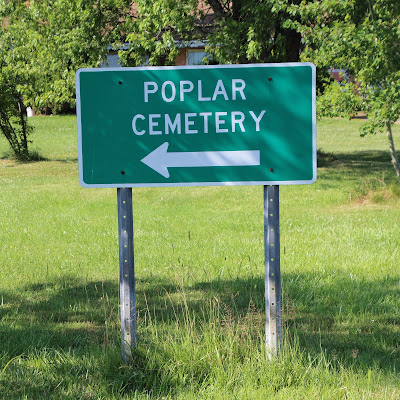 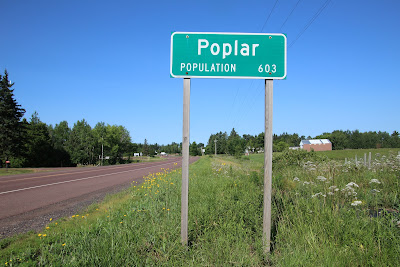 Major Bong is buried in his hometown of Poplar, Wisconsin.