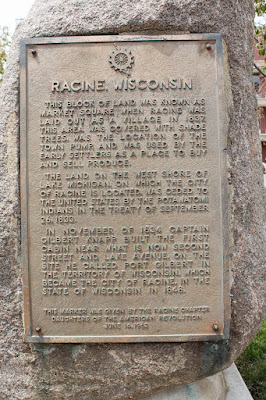 This block of land was known as market square when Racine was laid out as a village in 1837. This area was covered with shade trees, was the location of the town pump, and was used by the early settlers as a place to buy and sell produce.

The land on the west shore of Lake Michigan on which the City of Racine is located was ceded to the United States by the Potawatomi Indians in the Treaty of September 16, 1833.

In November of 1834 Captain Gilbert Knapp built the first cabin near what is now Second Street and Lake Avenue on the site he called Port Gilbert in the Territory of Wisconsin, which became the City of Racine in the State of Wisconsin in 1848.

This marker was given by the Racine Chapter
Daughters of the American Revolution
June 14, 1962


The marker is at located Racine's Monument Square, at the intersection of Main Street and 6th Street, Racine, Wisconsin 53403. 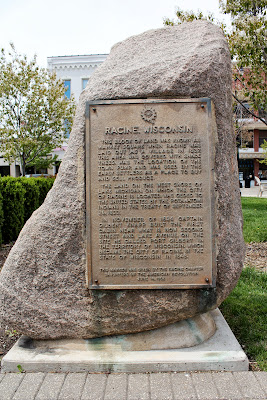 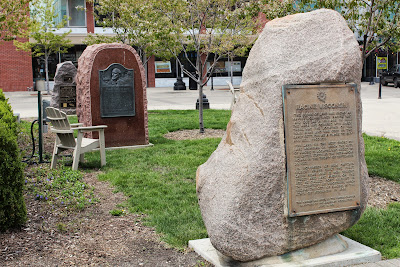