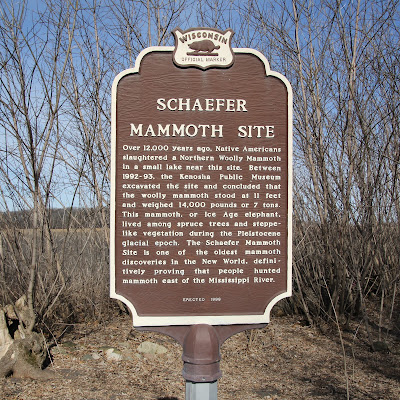 Over 12,000 years ago, Native Americans slaughtered a Northern Woolly Mammoth in a small lake near this site. Between 1992-93, the Kenosha Public Museum excavated the site and concluded that the woolly mammoth stood at 11 feet and weighed 14,000 pounds or 7 tons. This mammoth, or Ice Age elephant, lived among spruce trees and steppe-like vegetation during the Pleistocene glacial epoch. The Schaefer Mammoth Site is one of the oldest mammoth discoveries in the New World, definitively proving that people hunted mammoth east of the Mississippi River.

The marker is located on westbound 12th Street / Somers Road / County Highway E, one mile west of its intersection with 136th Avenue, on private property at 15620 12th Street, Kenosha, Wisconsin 53144.

NOTE: When I visited this site a "No Trespassing" sign was visible at the end of the driveway. I interpreted this to mean that I could not enter the property to visit the marker. I have since learned the "No Trespassing" sign relates to adjoining property. In fact, the owners of the property where the marker is located are happy to have visitors, and may even come to speak with you if they see you.

When you arrive, you will see a driveway, with the marker about 100 yards from the road. You are welcomed to pull into the driveway to visit the marker. 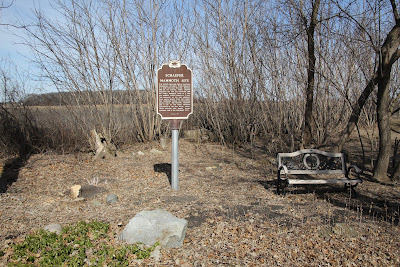 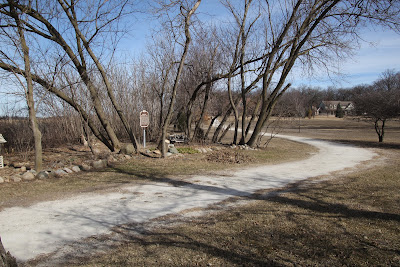 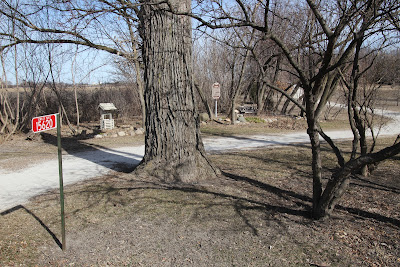 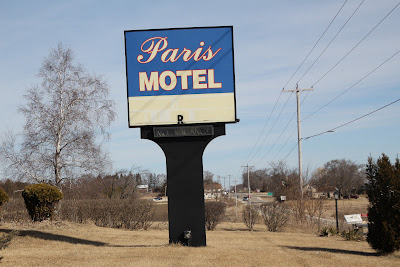 The marker is located in the tiny unincorporated community
of Paris, Wisconsin.