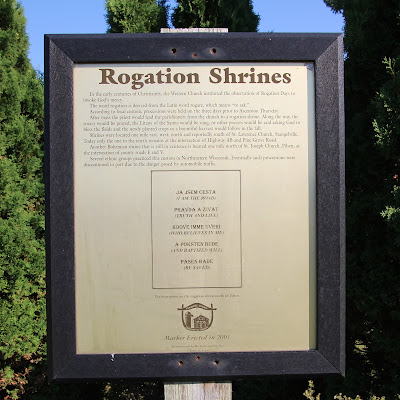 In the early centuries of Christianity, the Western Church instituted the observation of Rogation Days to invoke God's mercy.

The word is derived from the Latin word rogare, which means "to ask."

According to local custom, processions were held on the three days prior to Ascension Thursday.

After mass the priest would lead the parishioners from the church to a rogation shrine. Along the way, the rosary would be prayed, the Litany of the Saints would be sung, or other prayers would be said asking God to bless the fields and the newly planted crops so a bountiful harvest would follow in the fall.

Shrines were located one mile east, west, north and reportedly south of St. Lawrence Church, Stangelville. Today only the one to the north remains at the intersection of Highway AB and Pine Grove Road.

Another Bohemian shrine that is still in existence is located one mile north of St. Joseph Church, Pilsen, at the intersection of county roads F and V.

Several ethnic groups practiced this custom in Northeastern Wisconsin. Eventually such processions were discontinued in part due to the danger posed by automobile traffic.

The marker is located at the intersection of northbound County Road AB and eastbound Pine Grove Road, Luxemburg, Wisconsin 54217.

Marker is No. 13 on the Kewaunee County Historical Society Driving Tour. 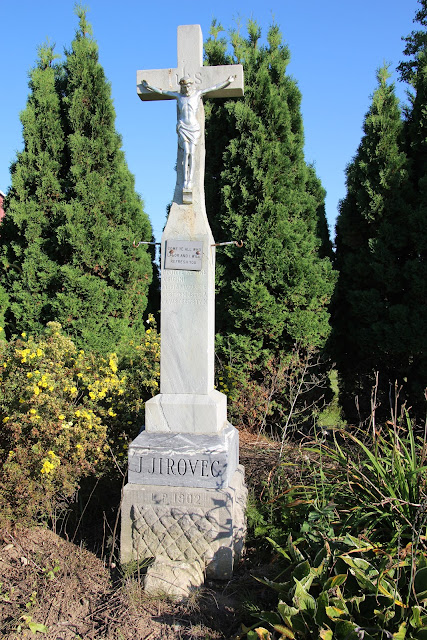 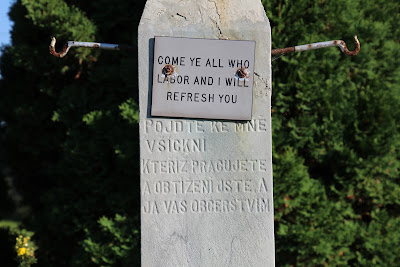 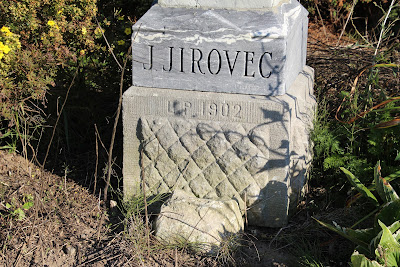 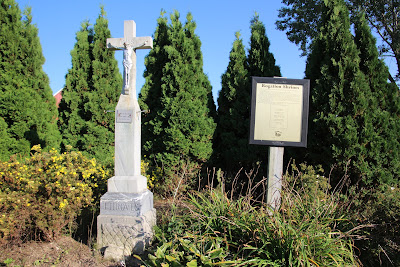 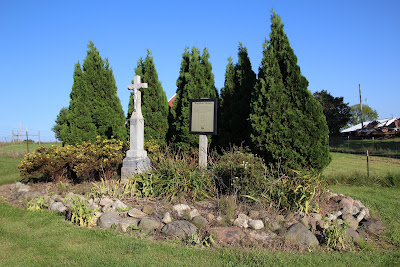 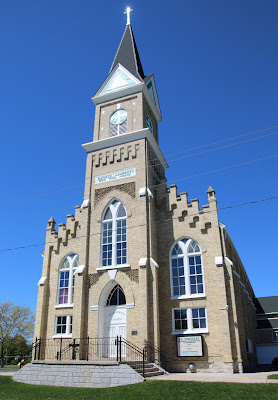 The shrine is affiliated with St. Lawrence Catholic Church
in Stangelville -- the church is listed on the
National Register of Historic Places. 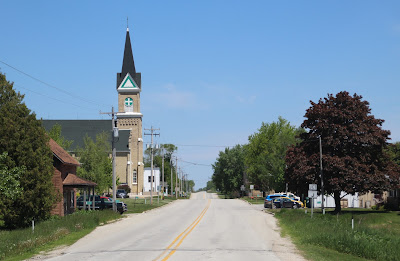 The shrine is located one mile north of St. Lawrence Catholic Church. 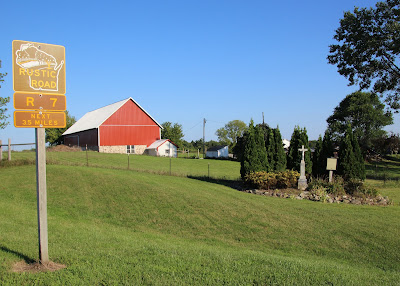 The rogation shrine is located along Wisconsin Rustic Road R 7. 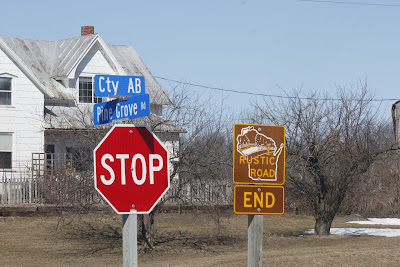 © Photographed April 5, 2013
Depending on which way you are headed,
you're at either the beginning of or the end of Wisconsin Rustic Road R 7. 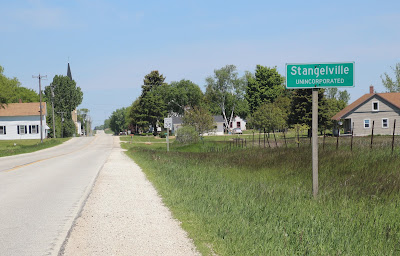 The shrine and marker are located one mile north
of Stangelville, Wisconsin.