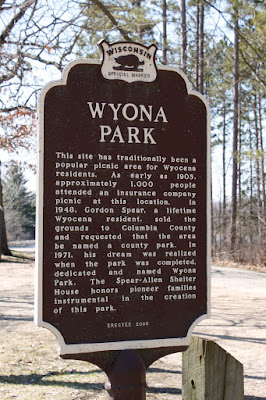 This site has traditionally been a popular picnic area for Wyocena residents. As early as 1905, approximately 1,000 people attended an insurance company picnic at this location. In 1948, Gordon Spear, a lifetime Wyocena resident, sold the grounds to Columbia County and requested that the area be named a county park. In 1971, his dream was realized when the park was completed, dedicated and named Wyona Park. The Spear-Allen Shelter House honors pioneer families instrumental in the creation of this park.

This Wisconsin Historical Society "official marker" does not appear on the list of markers. WHS has been contacted.


UPDATE:  This marker was added as Marker 550 to the 9/16/2013 update of the Official List of Wisconsin's State Historical Markers. 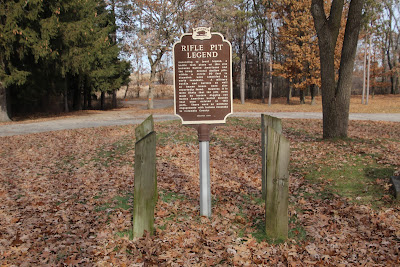 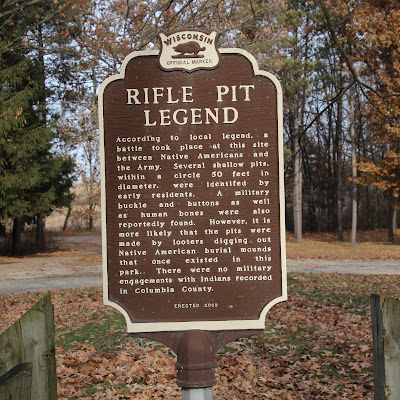 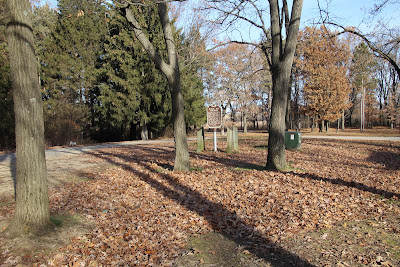 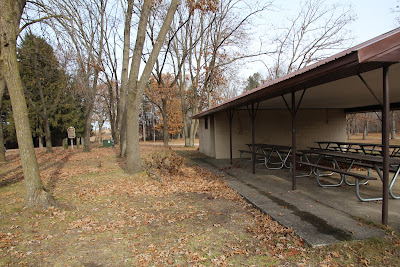 The marker (visible to the left) is next to a picnic shelter. 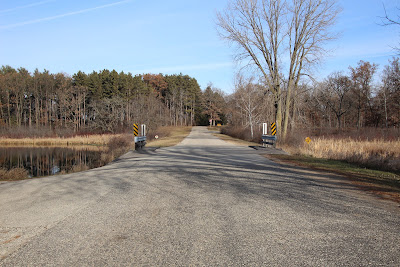 The road leading into the park. 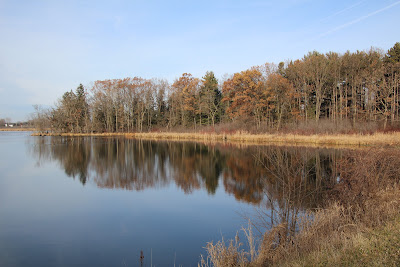 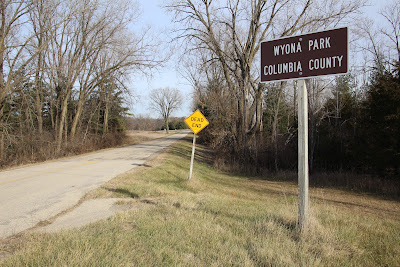 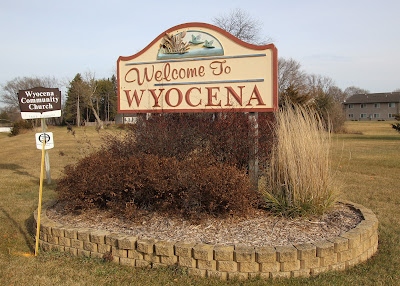 The marker is located in Wyocena, Wisconsin.