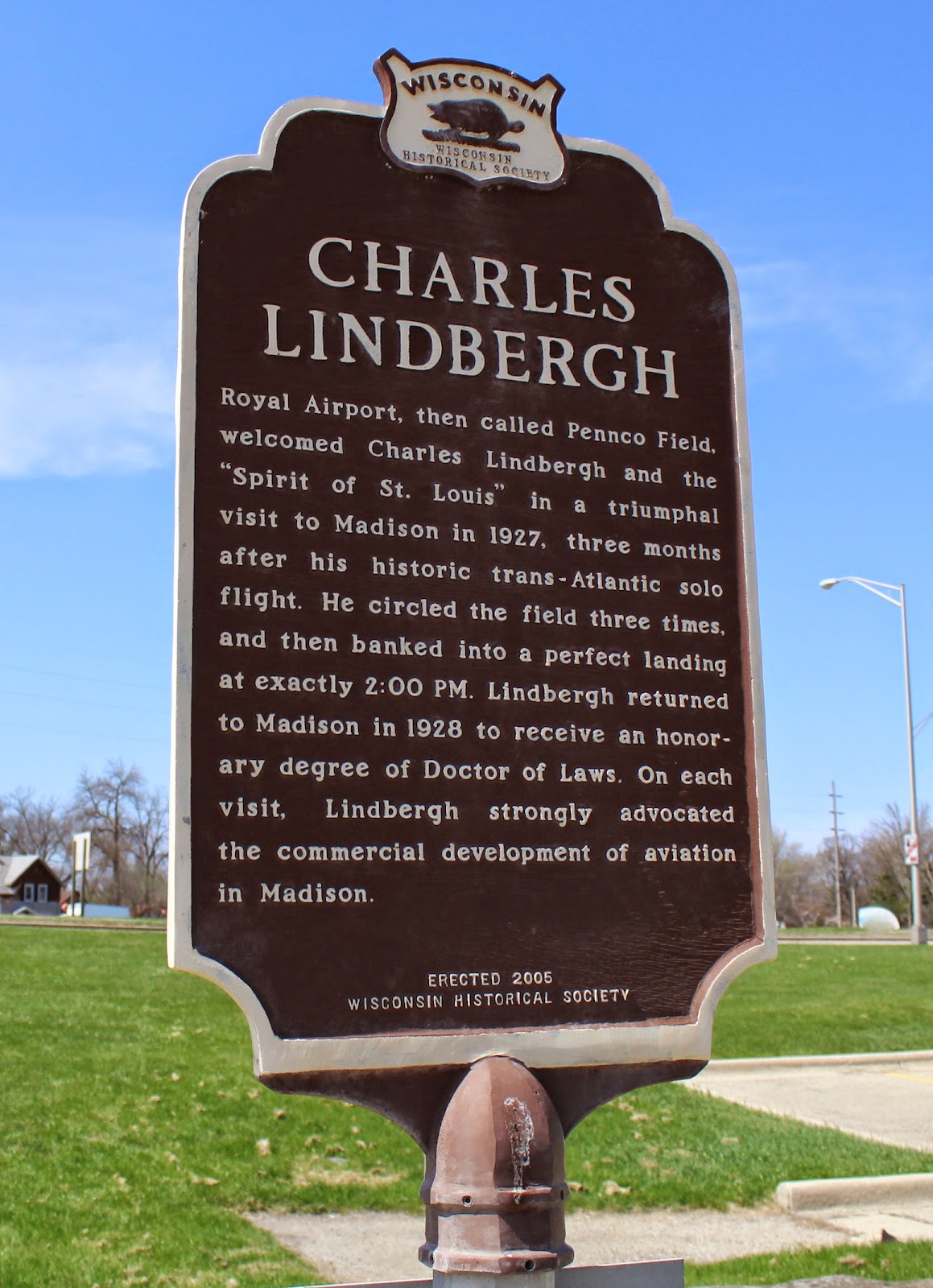 Royal Airport, then called Pennco Field, welcomed Charles Lindbergh and the "Spirit of St. Louis" in a triumphal visit to Madison in 1927, three months after his historic trans-Atlantic solo flight. He circled the field three times, and then banked into a perfect landing at exactly 2:00 PM. Lindbergh returned to Madison in 1928 to receive an honorary degree of Doctor of Laws. On each visit, Lindbergh strongly advocated the commercial development of aviation in Madison.

The marker is located in the parking lot of South Town Mall (on the site of the former Royal Airport), on southbound South Towne Park Drive, just east of its intersection with Frazier Avenue, Madison, Wisconsin 53716. 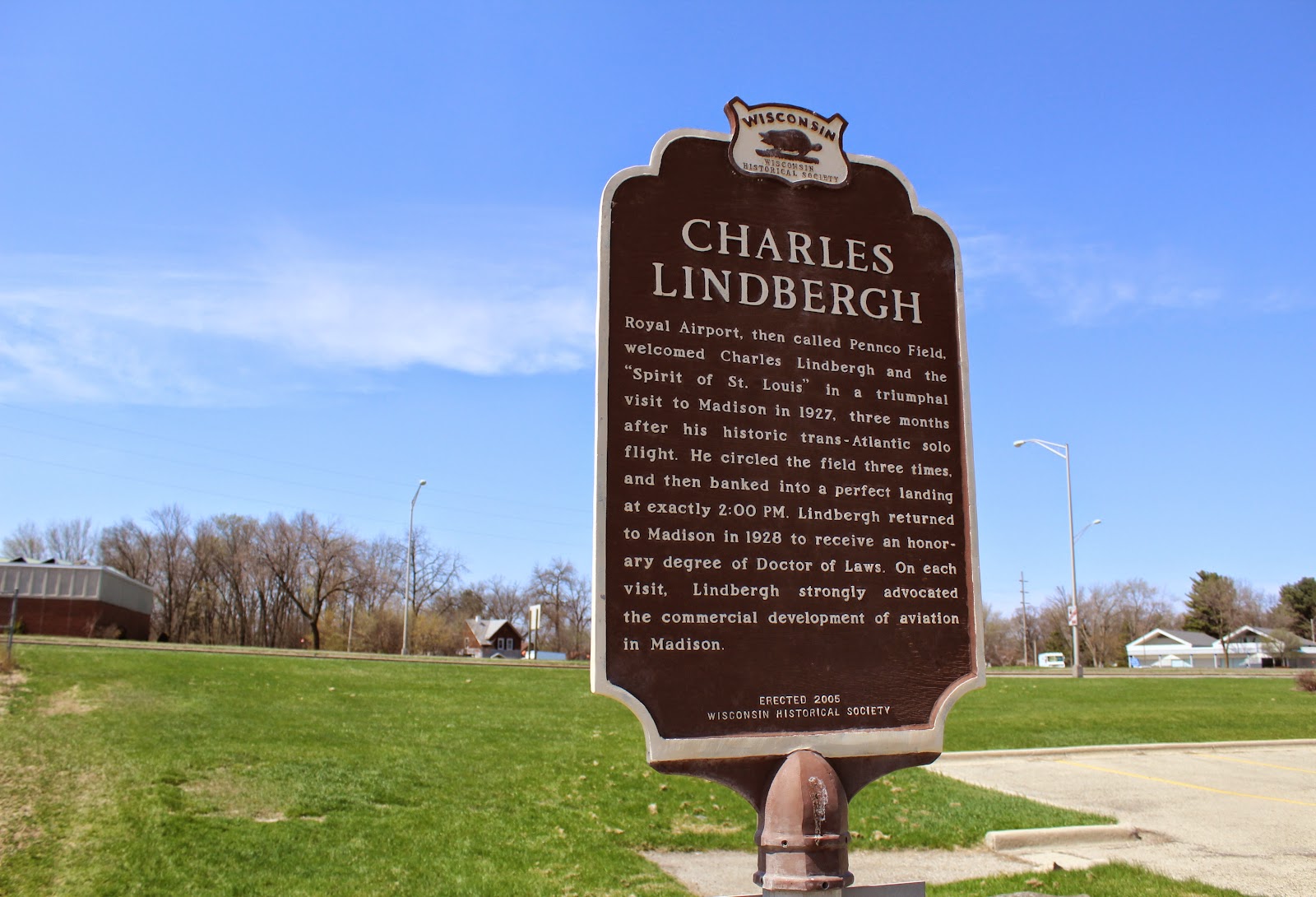 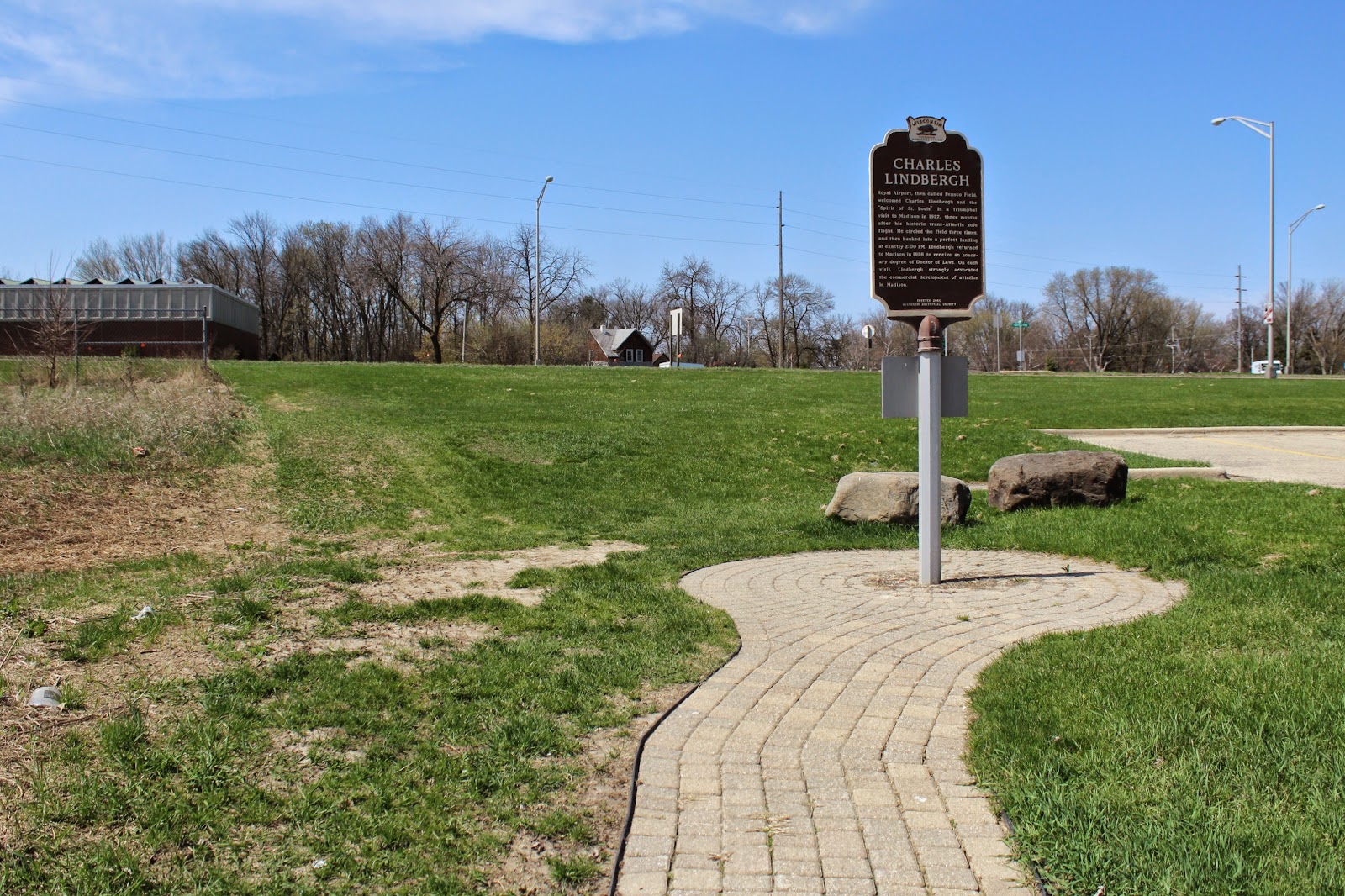 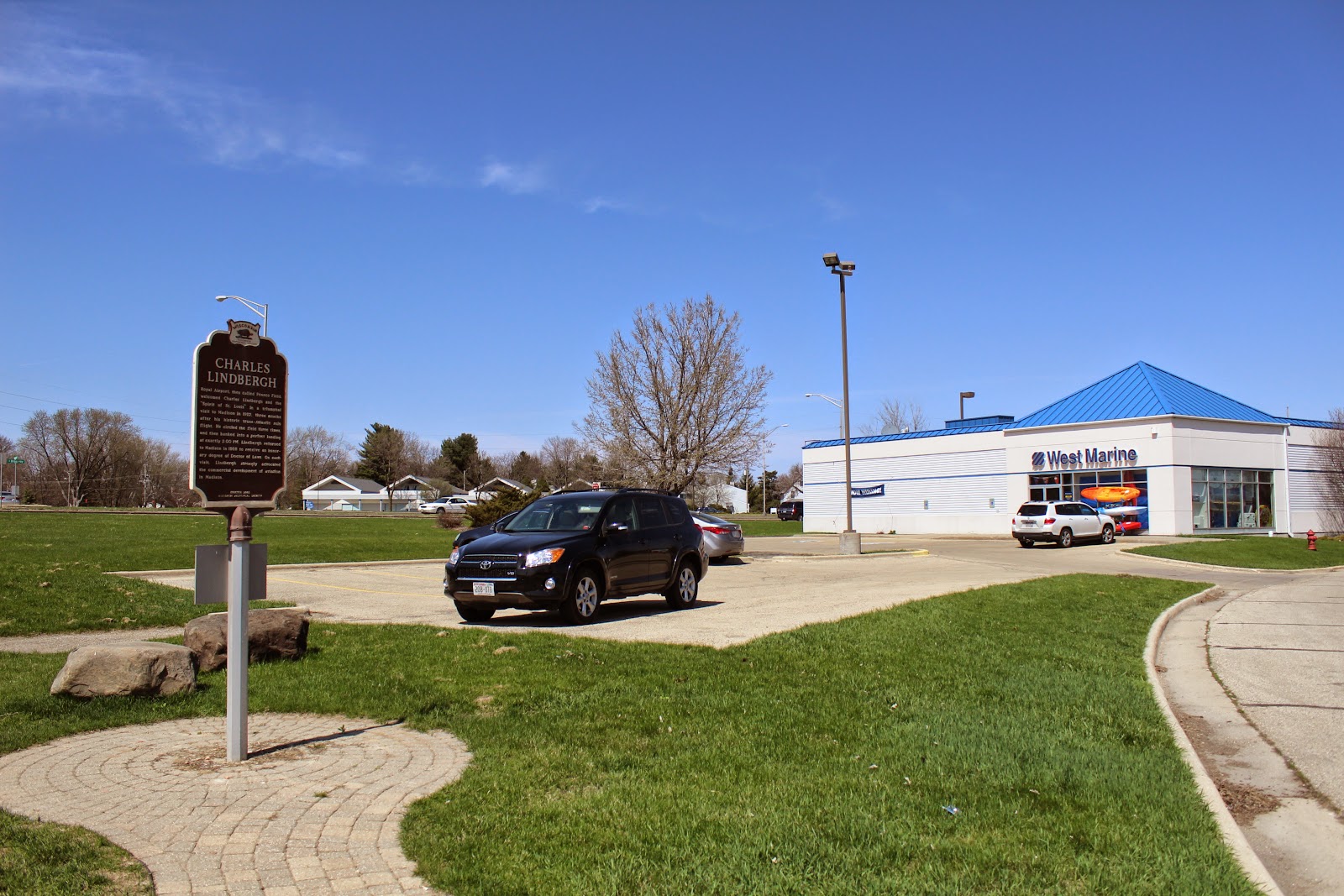 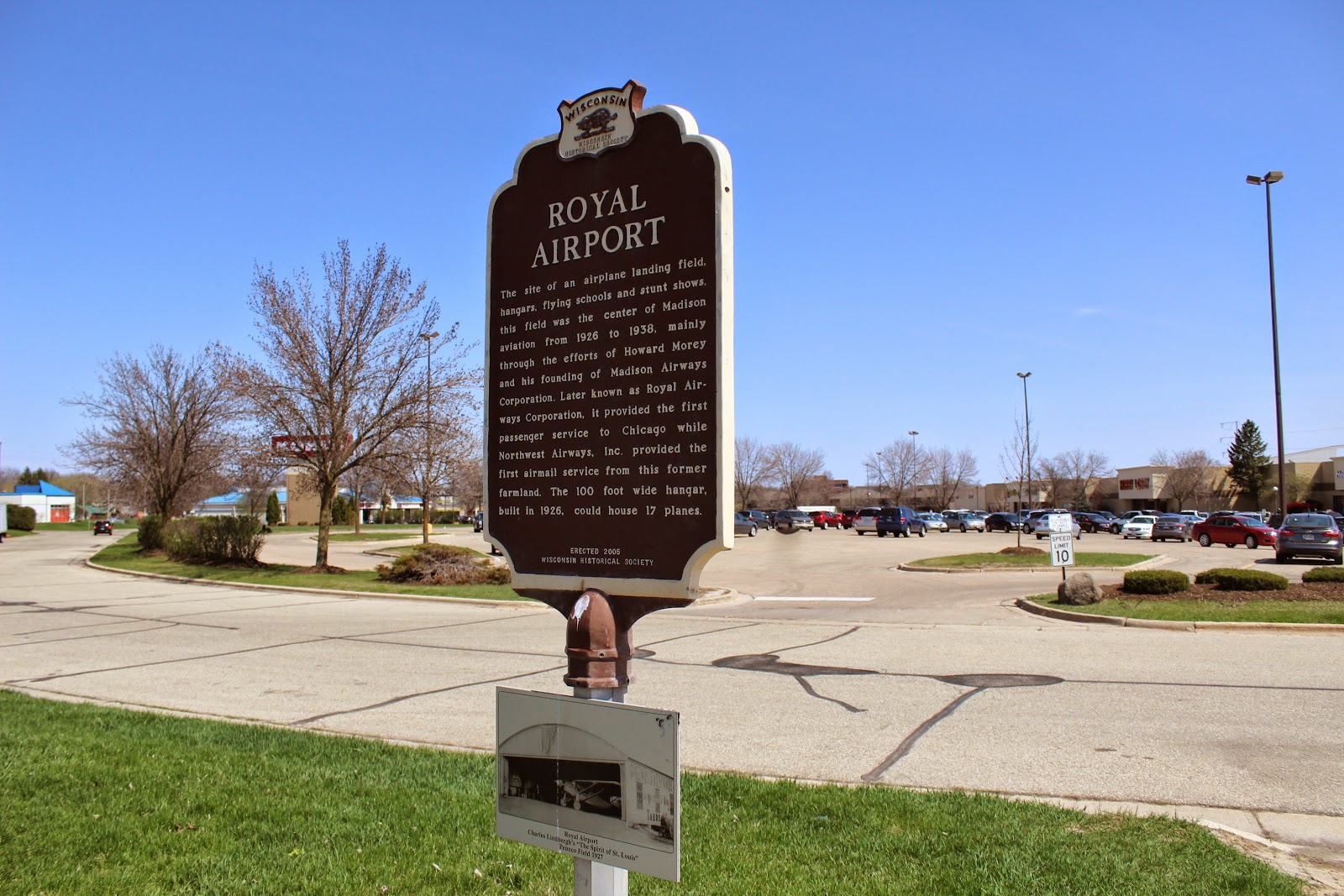 This is a two-sided marker; see also, Marker 498: Royal Airport.