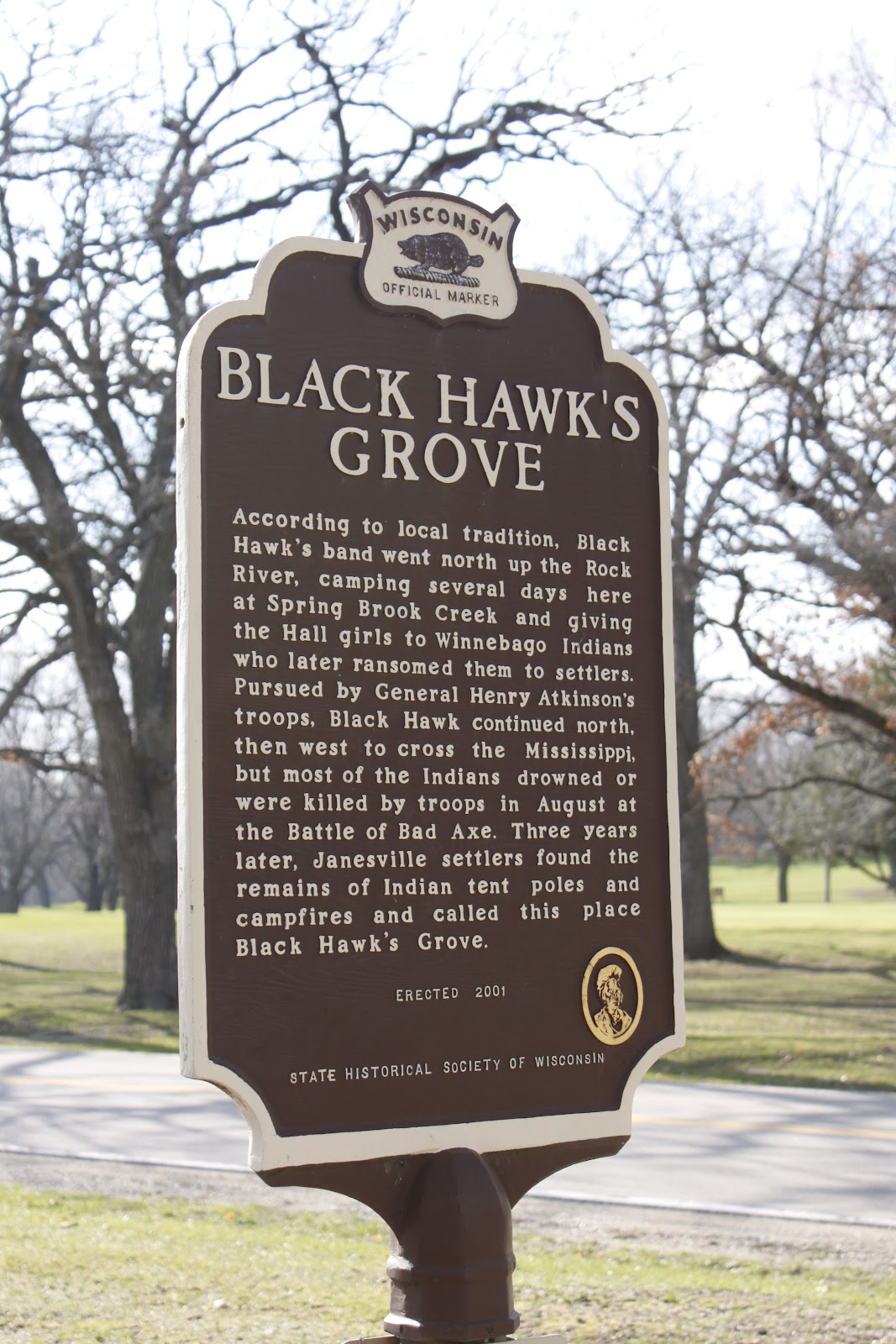 According to local tradition, Black Hawk’s band went north up the Rock River, camping several days here at Spring Brook Creek and giving the Hall girls to Winnebago Indians who later ransomed them to settlers. Pursued by General Henry Atkinson’s troops, Black Hawk continued north, then west to cross the Mississippi, but most of the Indians drowned or were killed by troops in August at the Battle of Bad Axe. Three years later, Janesville settlers found the remains of Indian tent poles and campfires and called this place Black Hawk’s Grove.

The marker is located on the Ice Age National Scenic Trail alongside eastbound Palmer Drive, west of its intersection with East Racine Street / U.S. 14, near a parking lot for the Blackhawk Golf Course, 2100 Palmer Drive, Janesville, Wisconsin 53545.

NOTE: This is a two-sided marker. See also, Marker 462: The Black Hawk War. 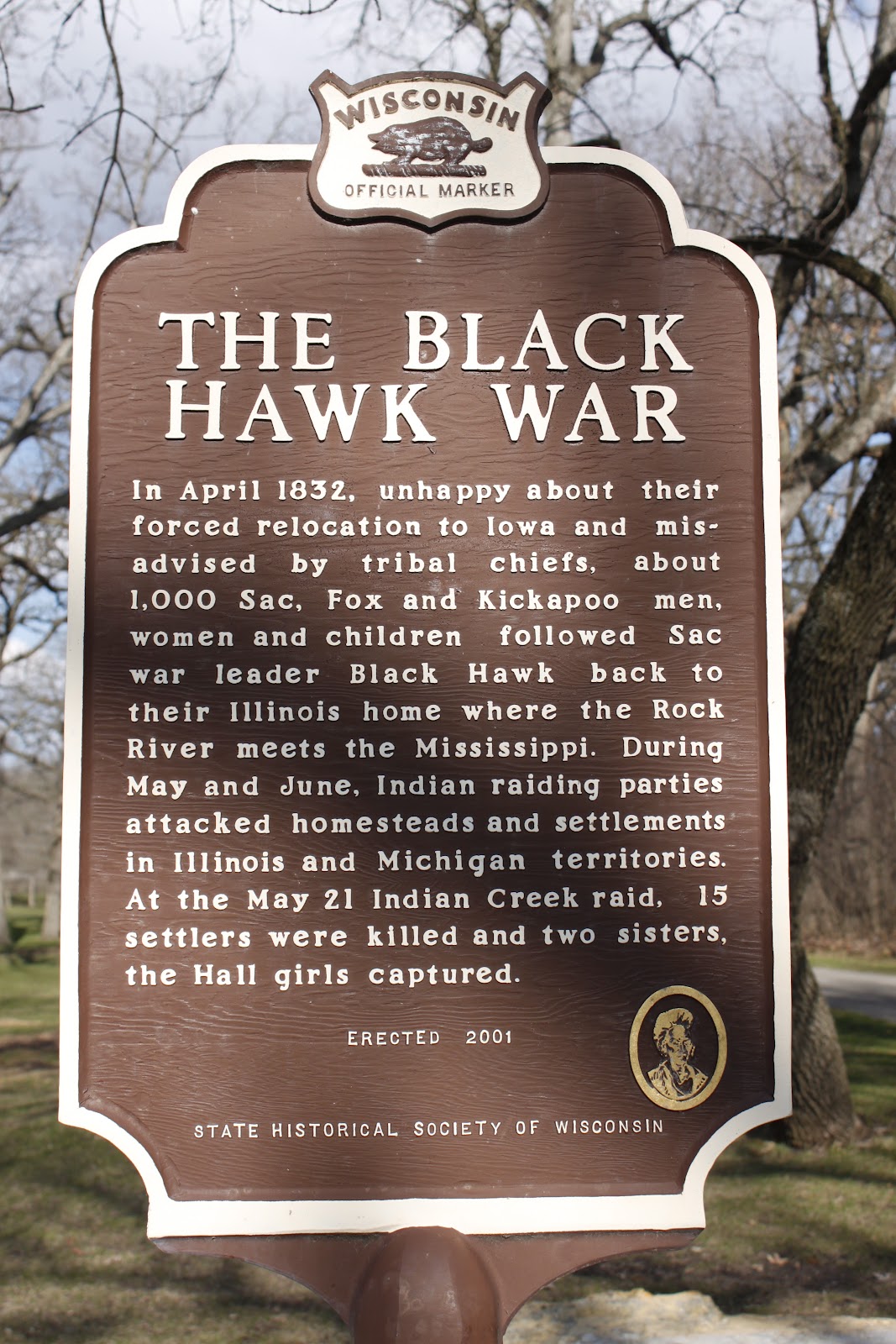 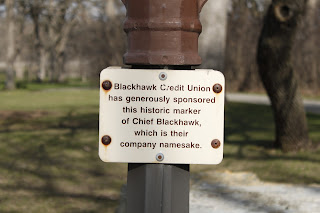 This media file is in the public domain in the United States.
This applies to U.S. works where the copyright has expired,
often because its first publication occurred prior to January 1, 1923.

This image is in the public domain because its copyright has expired.
This applies to Australia, the European Union
and those countries with a copyright term of
life of the author plus 70 years. 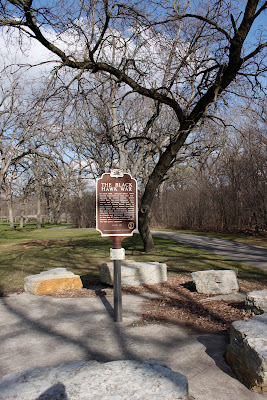 The marker is in a gorgeous location next to a golf course. 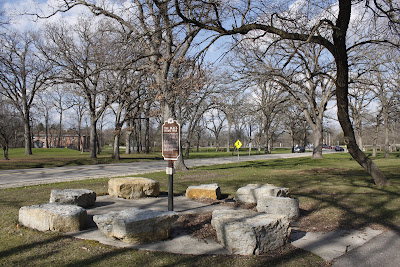 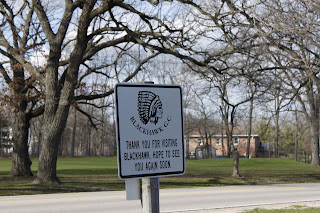