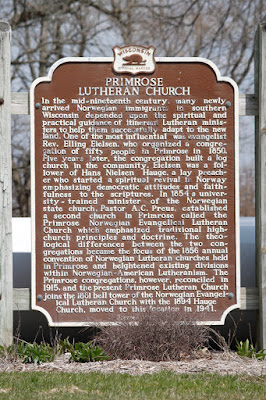 In the mid-nineteenth century, many newly arrived Norwegian immigrants in southern Wisconsin depended upon the spiritual and practical guidance of itinerant Lutheran ministers to help successfully adapt to the new land. One of the most influential was evangelist Rev. Elling Eielsen, who organized a congregation of fifty people in Primrose in 1850. Five years later, the congregation built a log church in the community. Eielsen was a follower of Hans Nielsen Hauge, a lay preacher who started a spiritual revival in Norway emphasizing democratic attitudes and faithfulness to the scriptures. In 1854 a university-trained minister of the Norwegian state church, Pastor A.C. Preus, established a second church in Primrose called the Primrose Norwegian Evangelical Lutheran Church which emphasized traditional high-church principles and doctrine. The theological differences between the two congregations became the focus of the 1856 annual convention of Norwegian Lutheran churches held in Primrose and the heightened existing divisions within Norwegian-American Lutheranism. The Primrose congregation, however, reconciled in 1915, and the present Primrose Lutheran Church joins the 1881 bell tower of the Norwegian Evangelical Lutheran Church with the 1894 Hauge Church, moved to this location in 1941.

The marker is located on westbound Ridge Drive, just east of its intersection with Primrose Center Drive, at 8770 Ridge Drive, Primrose, Wisconsin 53508. 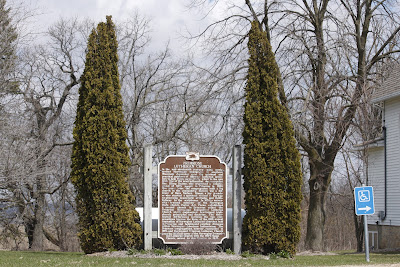 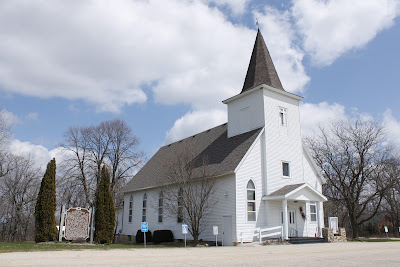 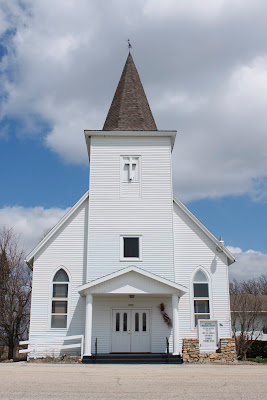 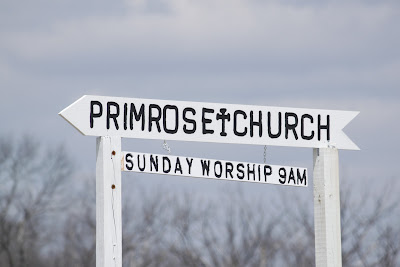