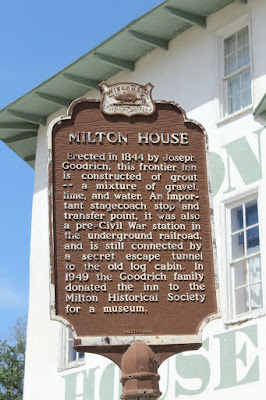 Erected in 1844 by Joseph Goodrich, this frontier inn is constructed of grout -- a mixture of gravel, lime, and water. An important stagecoach stop and transfer point, it was also a pre-Civil War station in the underground railroad, and is still connected by a secret escape tunnel to the old log cabin. In 1949 the Goodrich family donated the inn to the Milton Historical Society for a museum. 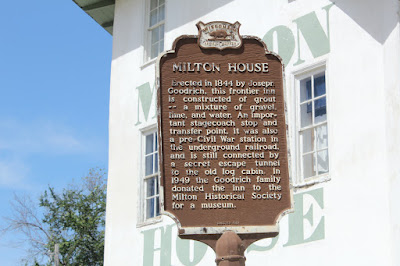 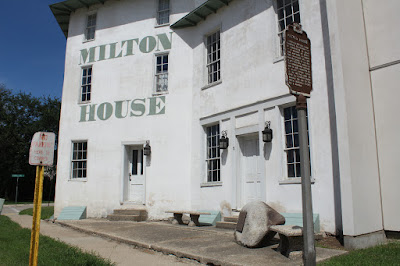 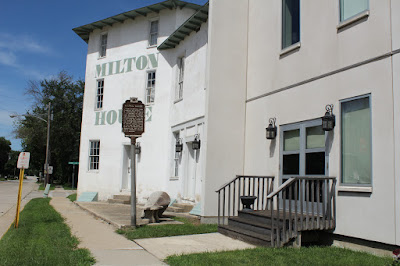 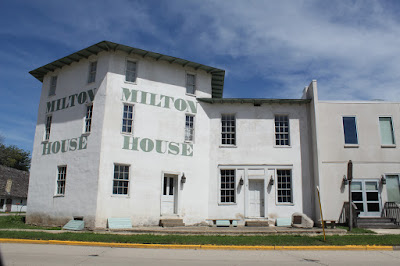 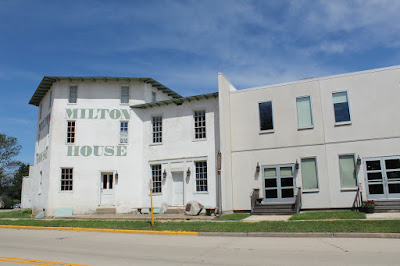 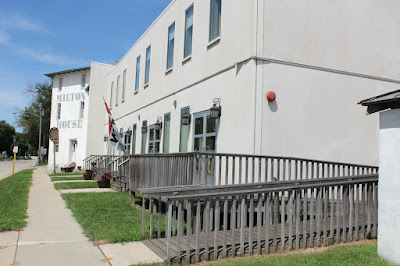 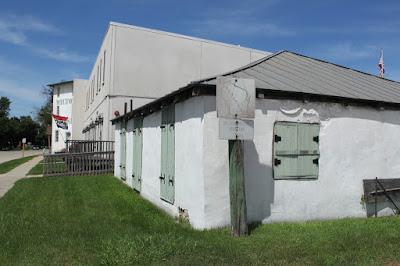 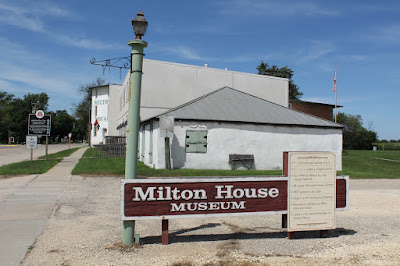 The marker is located on the grounds of Milton House Museum. 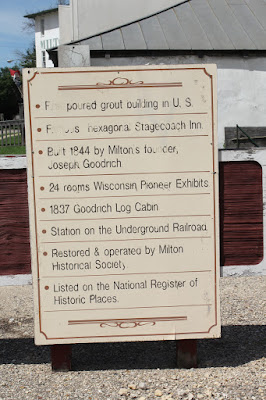 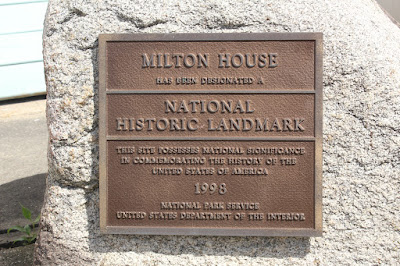 The property is a distinguished National Historic Landmark. 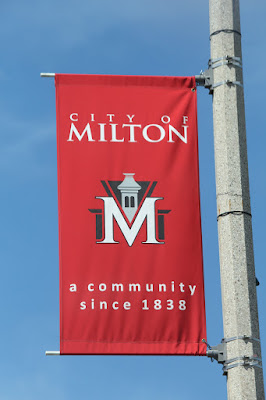 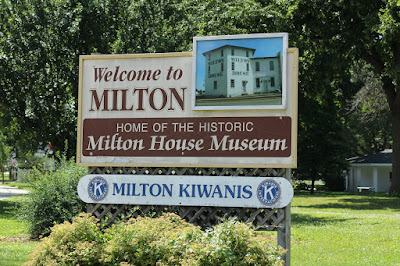