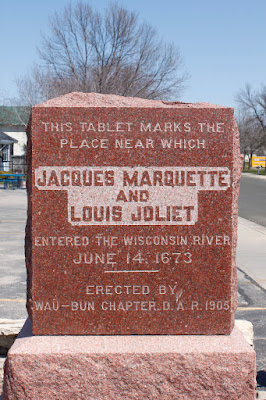 Use the "Pere Marquette" label below to view all markers on this website related to Father Marquette; there are many. 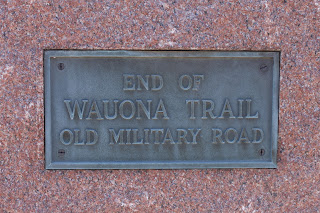 This image is in the public domain because its copyright has expired.
Père Marquette and the Indians
by Wilhelm Lamprecht (German 1838-1906) 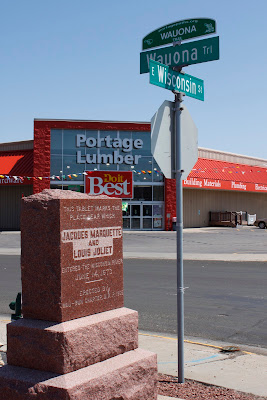 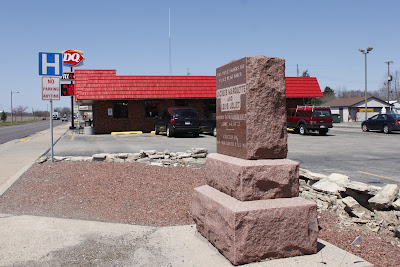