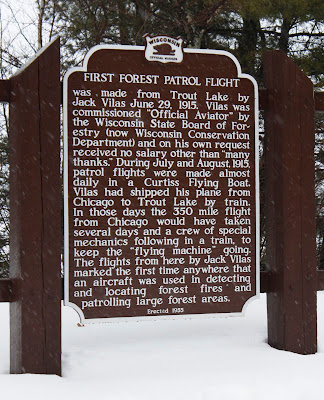 was made from Trout Lake by Jack Vilas June 29, 1915. Vilas was commissioned "Official Aviator" by the Wisconsin State Board of Forestry (now Wisconsin Conservation Department) and on his own request received no salary other than "many thanks." During July and August, 1915, patrol flights were made almost daily in a Curtiss Flying Boat. Vilas had shipped his plane from Chicago to Trout Lake by train. In those days the 350 mile flight from Chicago would have taken several days and a crew of special mechanics following in a train, to keep the "flying machine" going. The flights from here by Jack Vilas marked the first time anywhere that an aircraft was used in detecting and locating forest fires and patrolling large forest areas. 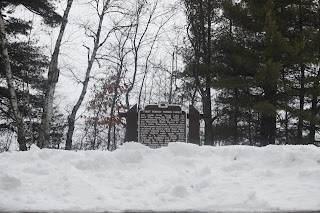 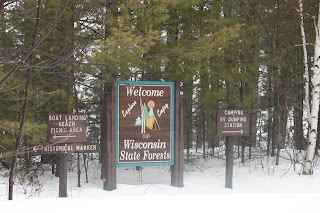