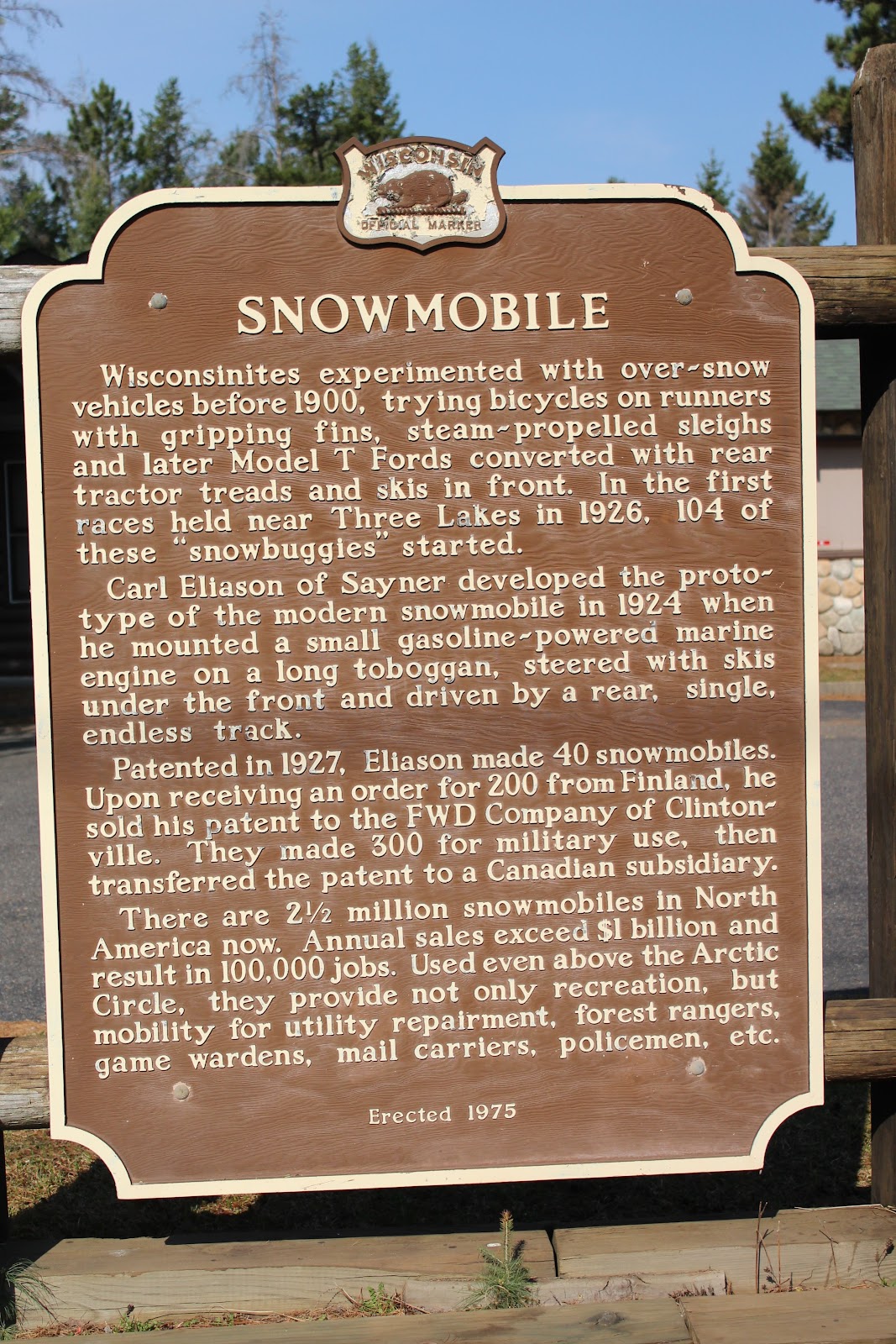 Wisconsinites experimented with over-snow vehicles before 1900, trying bicycles on runners with gripping fins, steam-propelled sleighs and later Model T Fords converted with rear tractor treads and skis in front. In the first races held near Three Lakes in 1926, 104 of these "snowbuggies" started.

Carl Eliason of Sayner developed the prototype of the modern snowmobile in 1924 when he mounted a small gasoline-powered marine engine on a long toboggan, steered with skis under the front and driven by a rear, single, endless track.

Patented in 1927, Eliason made 40 snowmobiles. Upon receiving an order for 200 from Finland, he sold his patent to the FWD Company of Clintonville. They made 300 for military use, then transferred the patent to a Canadian subsidiary.

There are 2½ million snowmobiles in North America now. Annual sales exceed $1 billion and result in 100,000 jobs. Used even above the Arctic Circle, they provide not only recreation, but mobility for utility repairment, forest rangers, game wardens, mail carriers, policemen, etc.

Vilas County Museum & Historical Society
The museum has an extraordinary collection of snowmobiles including the original machine built by Carl Eliason in 1924.


Eliason Snowmobiles: In the beginning . . .

See also, Paul Bunyun and "Babe the Blue Ox", also at this location. 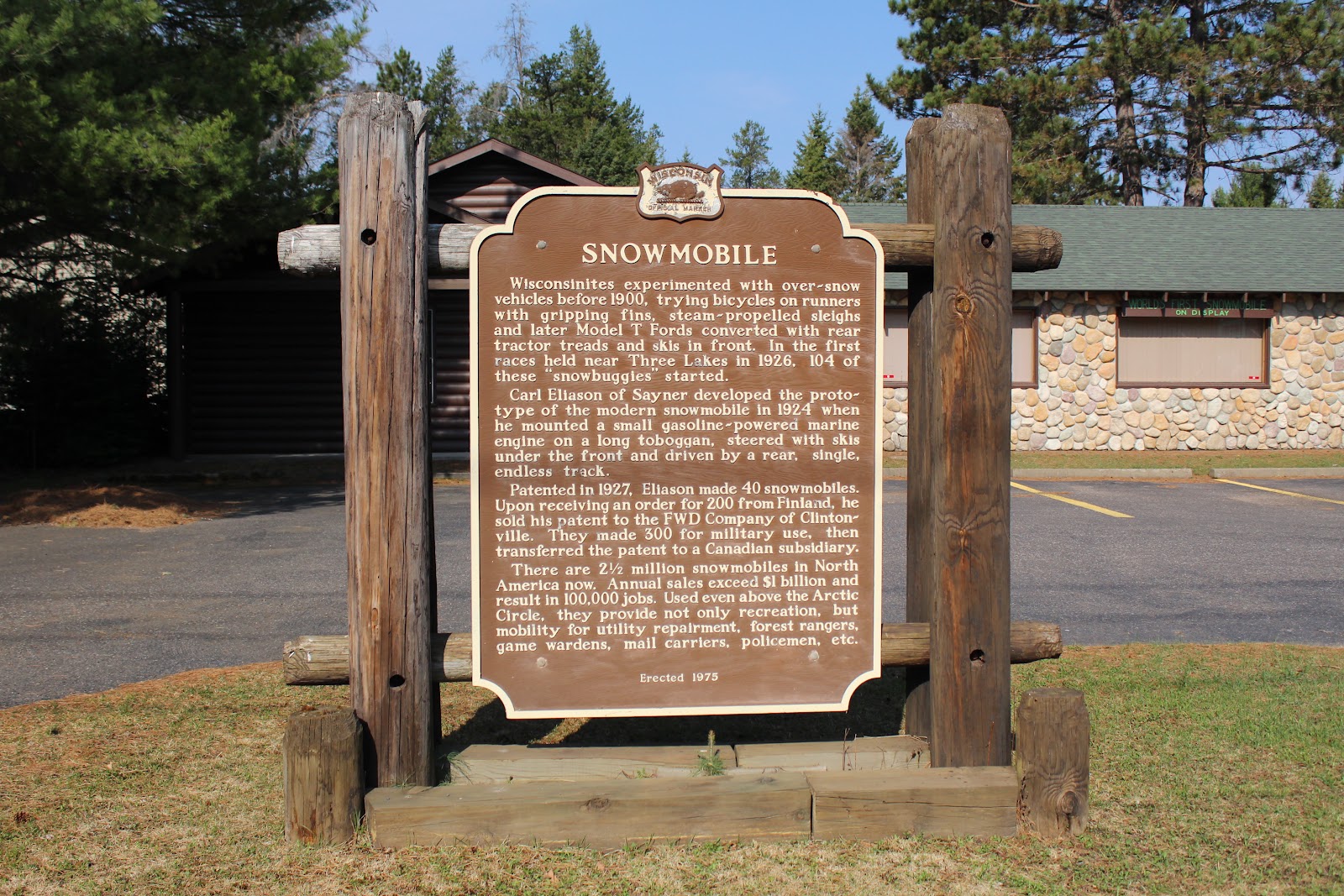 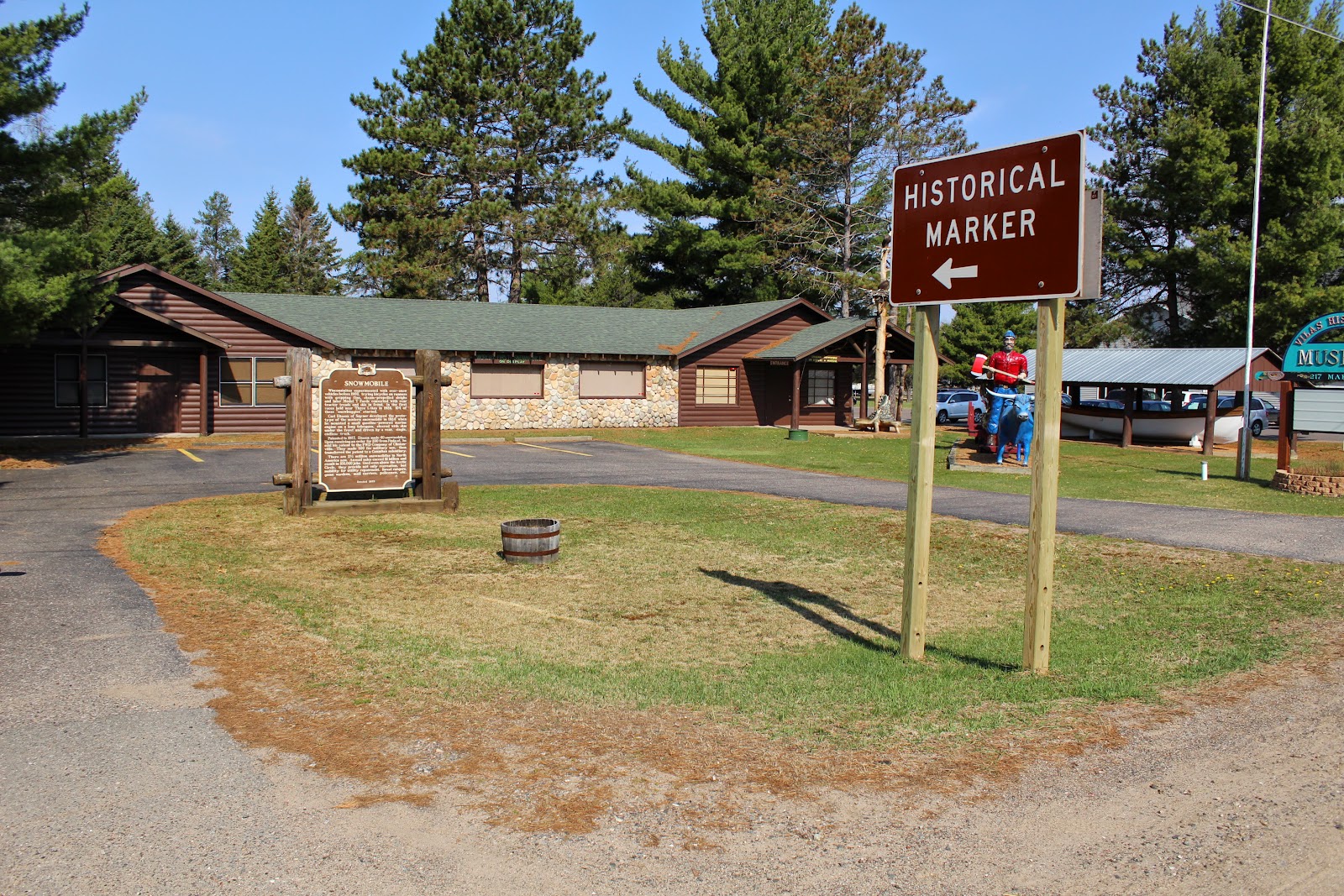 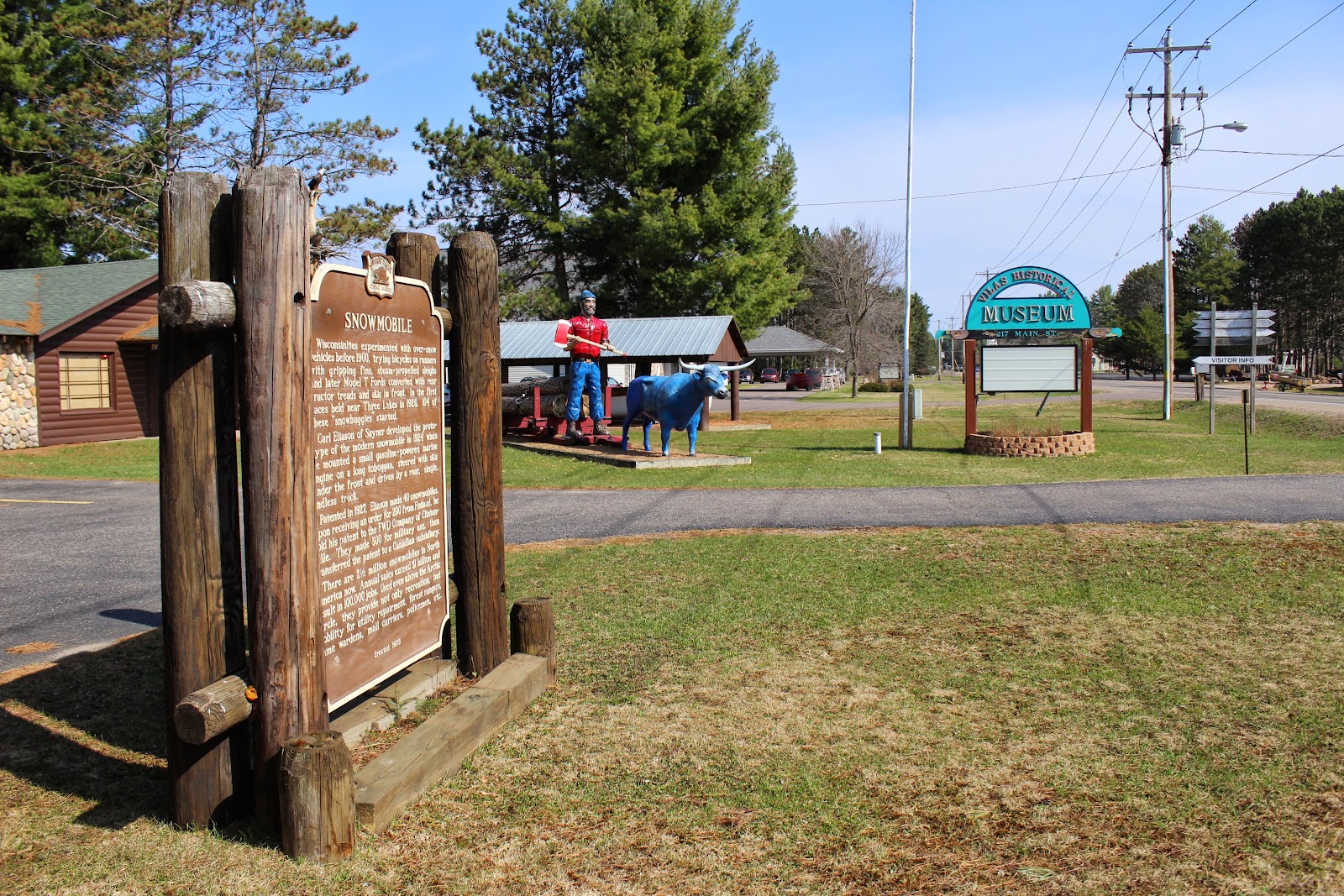 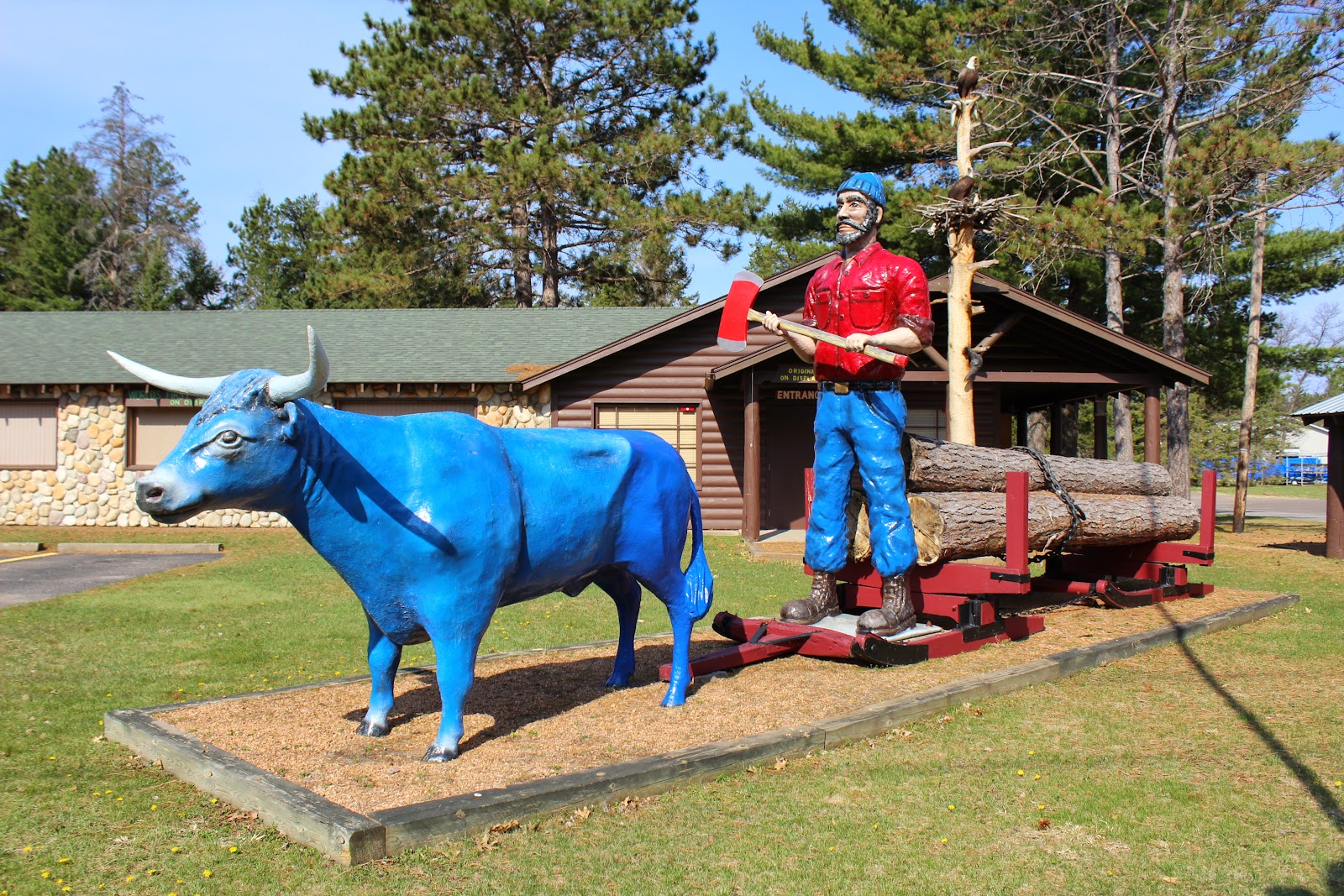 Paul Bunyun and Babe the Blue Ox are also at this location. 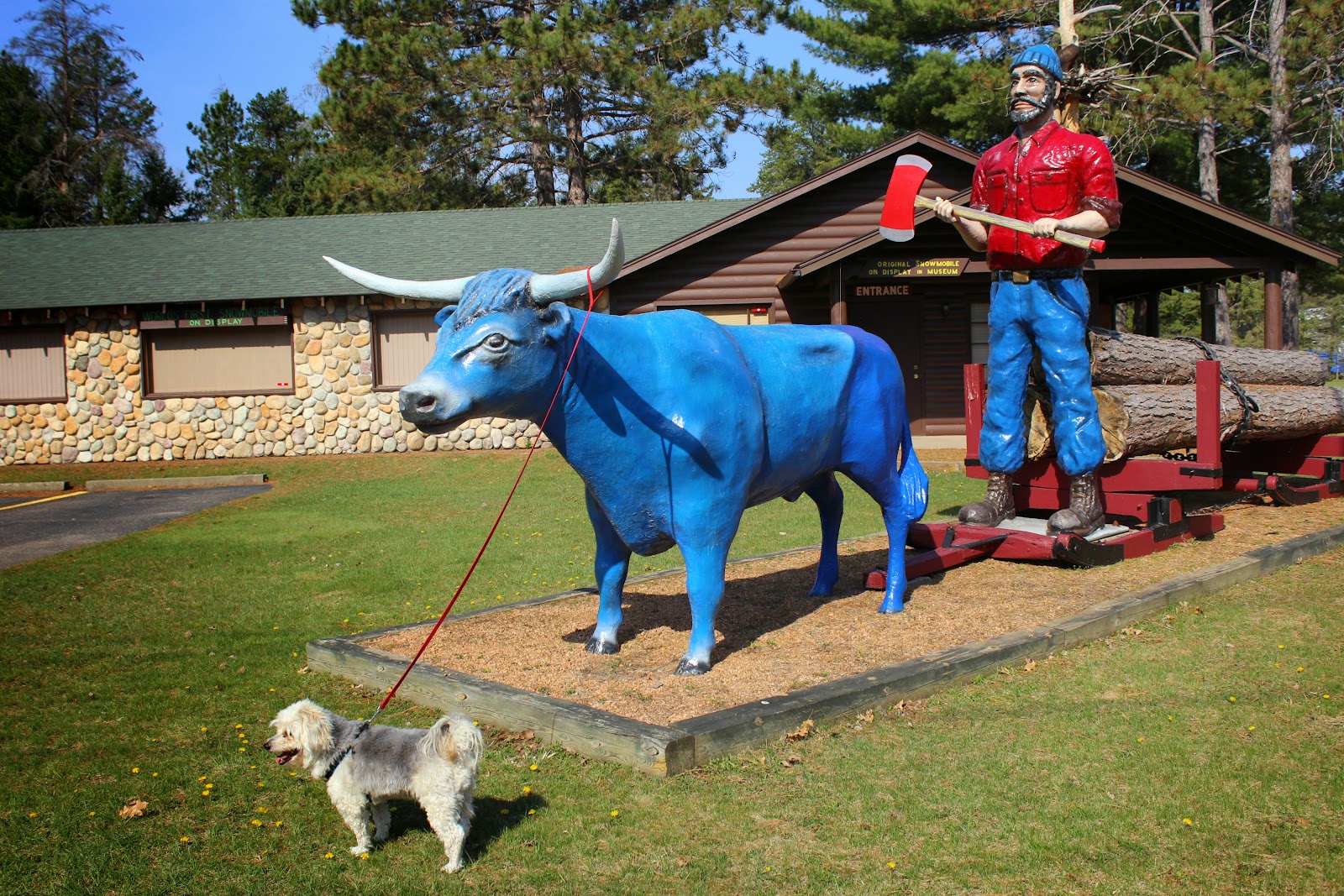 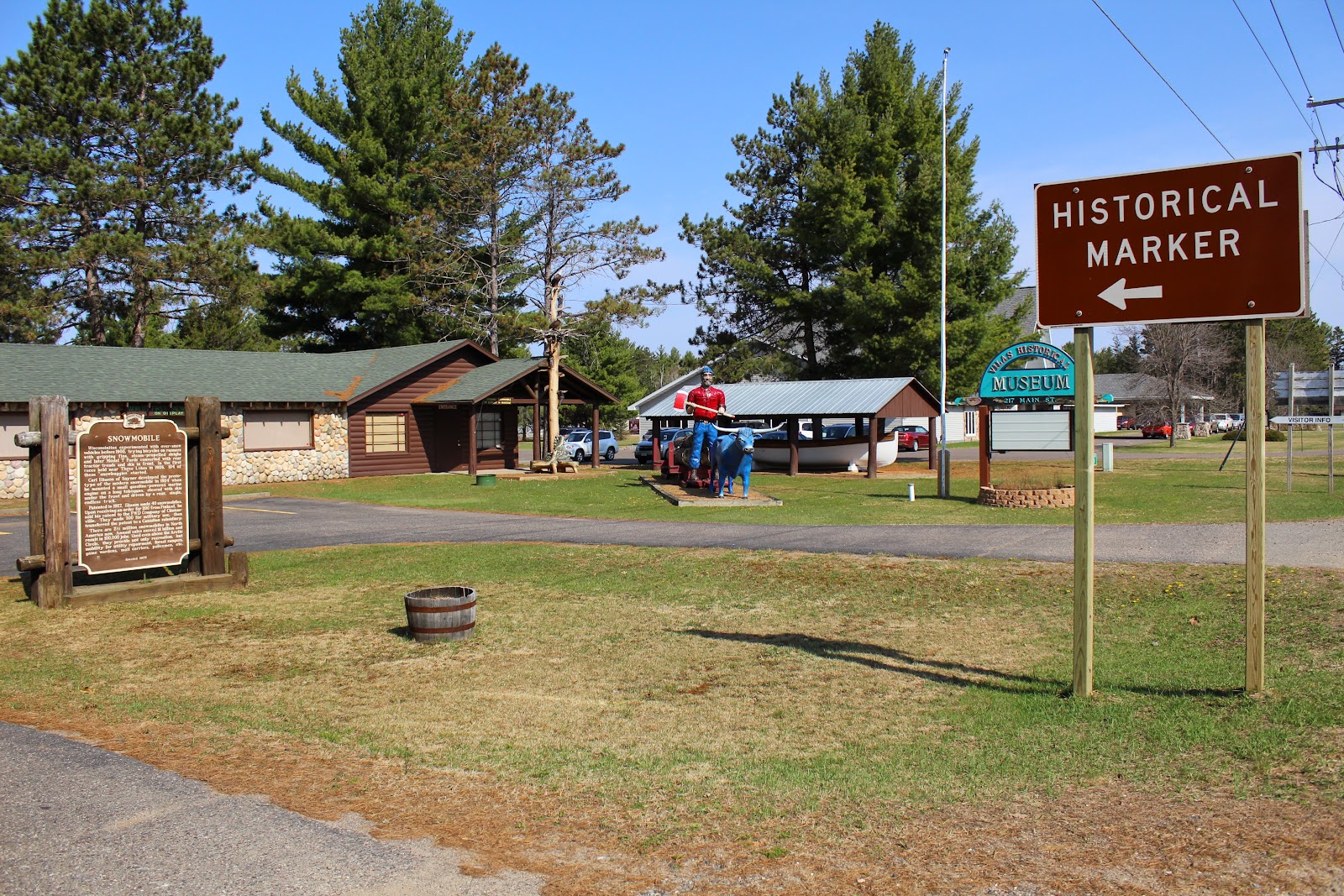 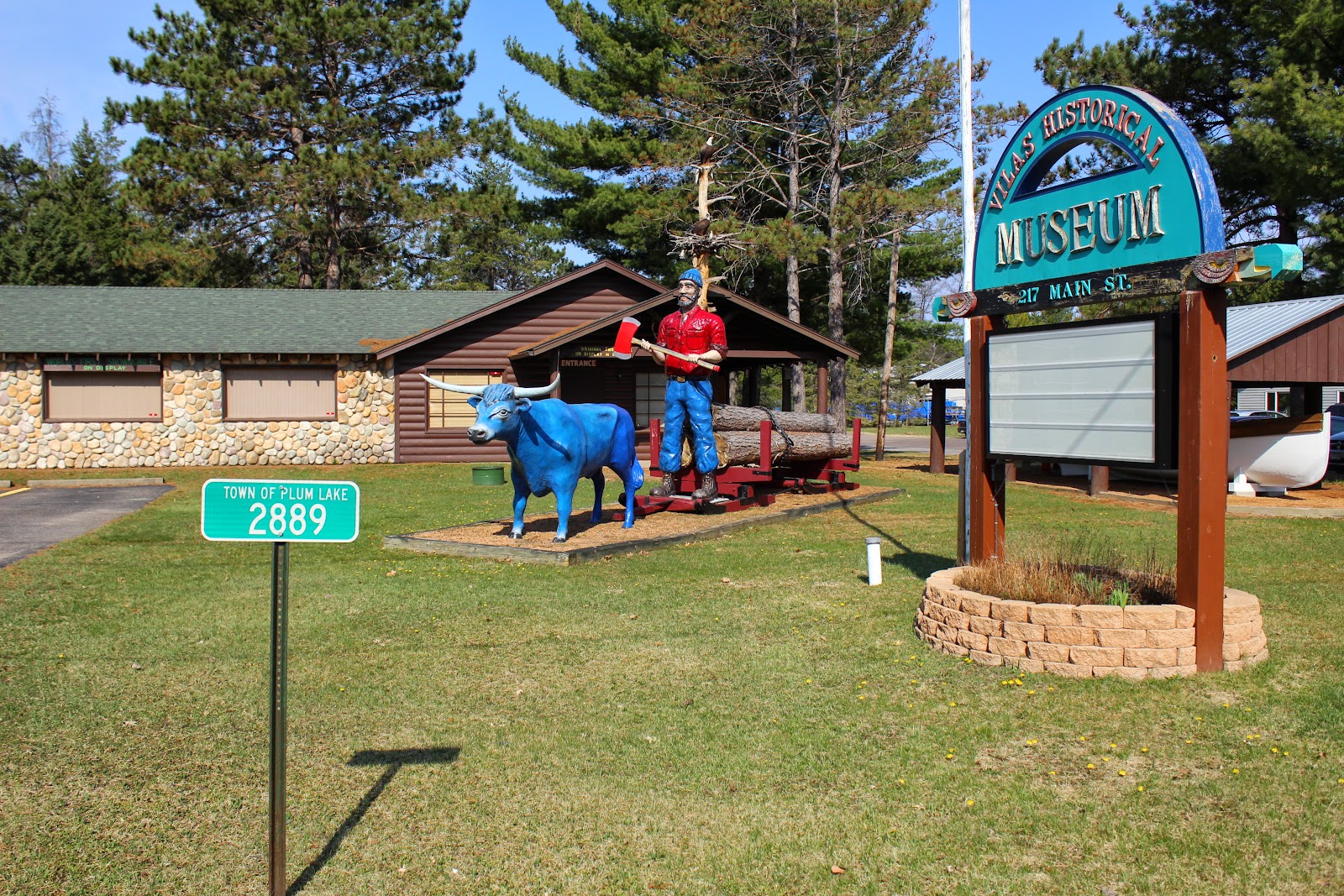 The marker is located at the Vilas Historical Museum. A snowmobile tour at Yellowstone National Park
This work is in the public domain.
Click here for more information. 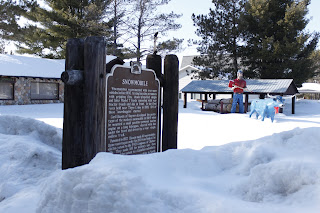