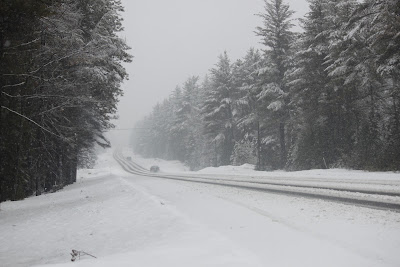 Attempted to reach marker but was unable because of sudden and unexpected snow storm. I finally could not access the marker as TomTom led me into narrow country roads and the snow kept dumping. These photos were taken "in color" -- they show black and white because that's how dark the skies were during the storm! Driving conditions finally became too treacherous for my safety, and I was forced to abandon my trek to Marker 117. 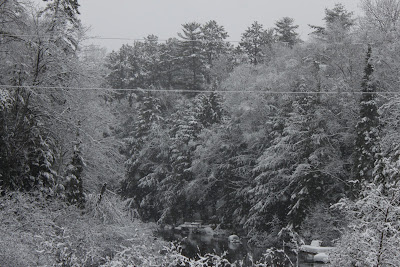