WRL-55: The Wampum or Mexico 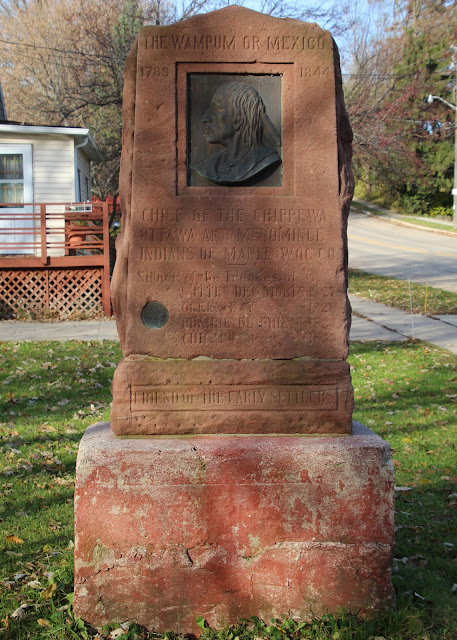 THE WAMPUM OR MEXICO

Chief of the Chippewa
Ottawa and Menominee
Indians of Manitowoc Co

Friend of the Early Settlers 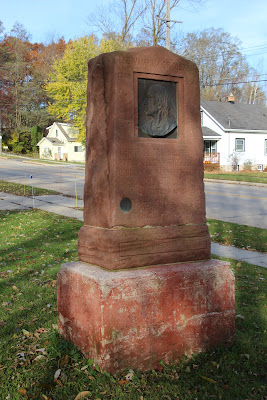 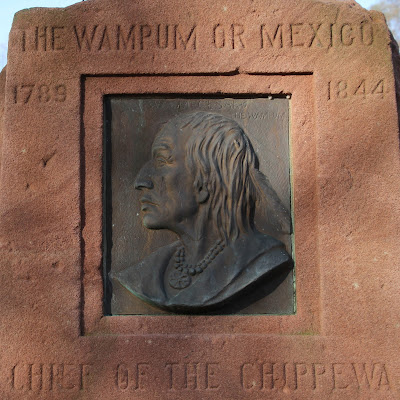 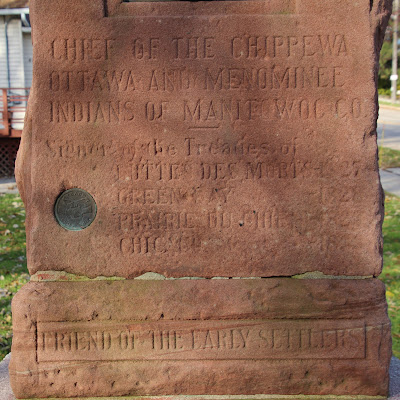 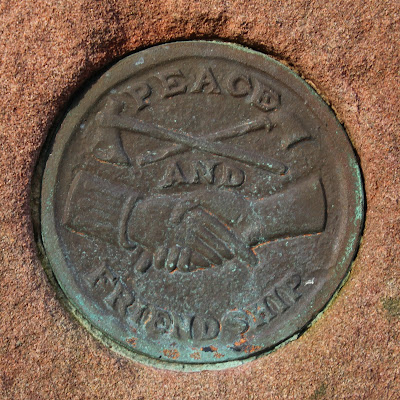 
In 1793, while serving as President Washington's Secretary of State, Thomas Jefferson wrote:

Giving medals and marks of distinction to the Indian chiefs . . . has been an ancient custom from time immemorial. The medals are considered as complimentary things, as marks of friendship to those who come to see us, or who do us good offices, conciliatory of their good will towards us, and not designed to produce a contrary disposition towards others. They confer no power, and seem to have taken their origin in the European practice, of giving medals or other marks of friendship to the negotiators of treaties and other diplomatic characters, or visitors of distinction. The British government, while it prevailed here, practiced the giving medals, gorgets, and bracelets to the savages, invariable. We have continued it, and we did imagine, without pretending to know, that Spain also did it. 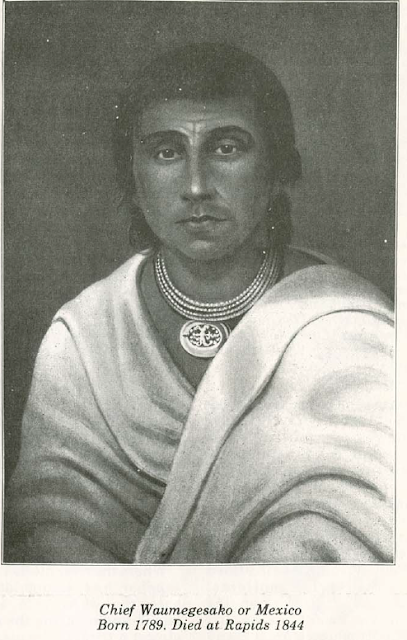 Photo used with gracious permission of
Manitowoc County Historical Society
and gleaned from page 2 of:
Journeys to the Place of Spirits,
The Journals of an Imaginary Traveler to Manitowoc
by Kerry A Trask, Associate Professor of History
UW-Manitowoc
(1983 Series) 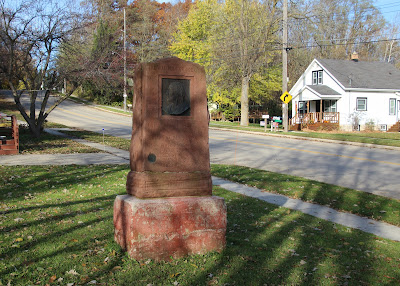 With Broadway Street in the background. 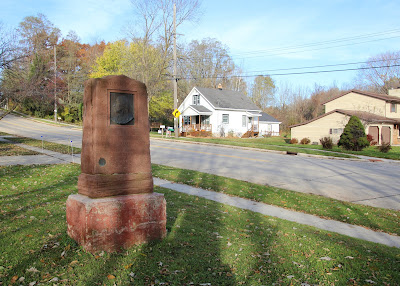 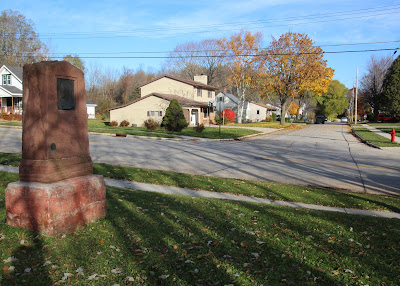 At the T-intersection of Broadway Street and North 44th Street. 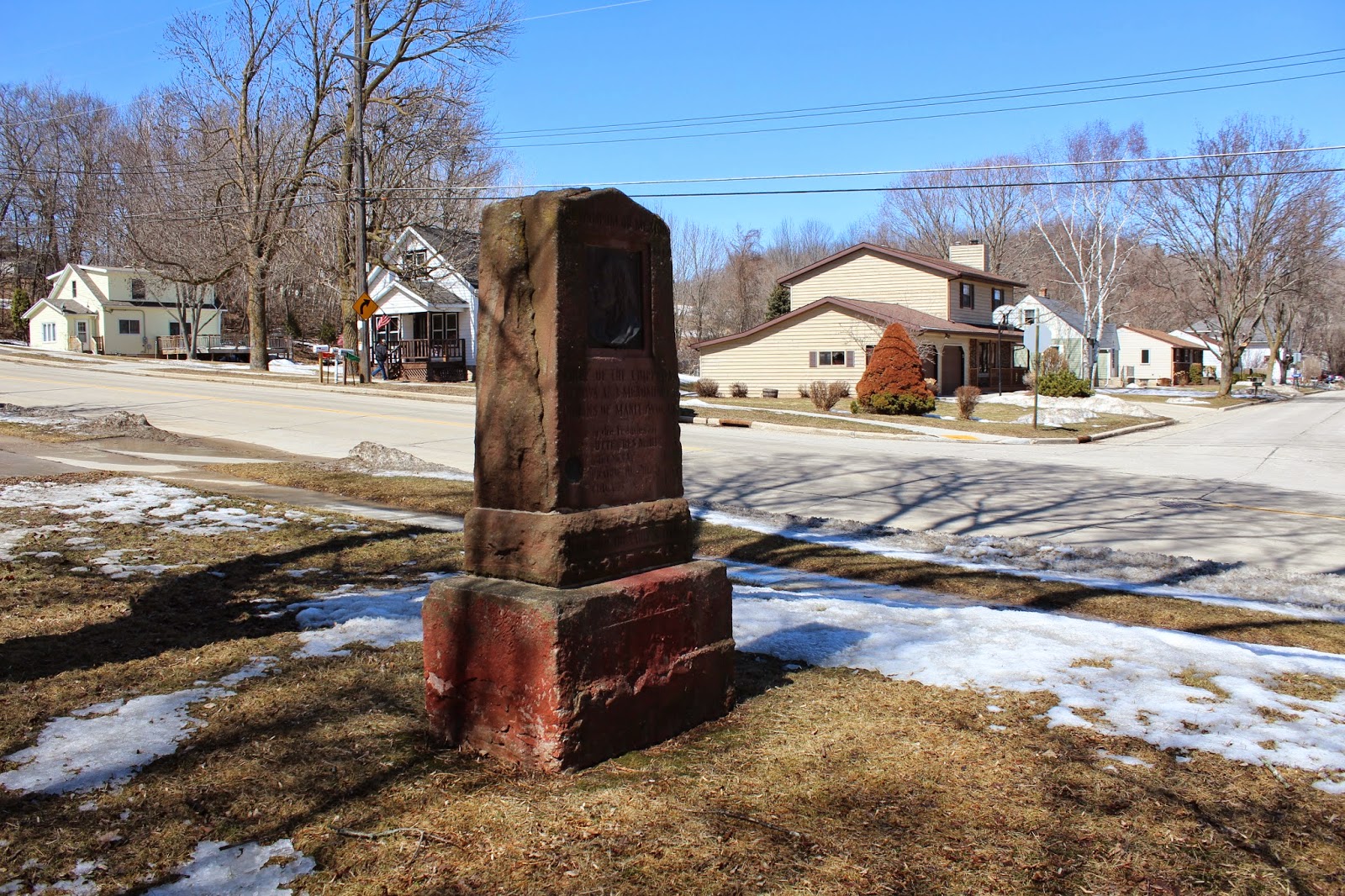 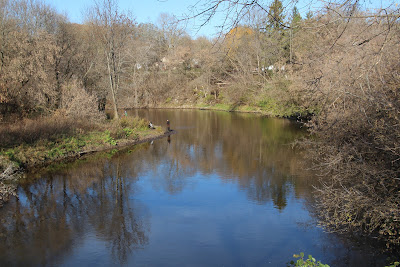 Looking northwest.
View of the Manitowoc River that flows beneath the monument. 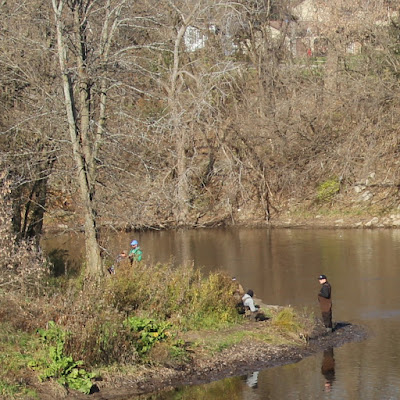