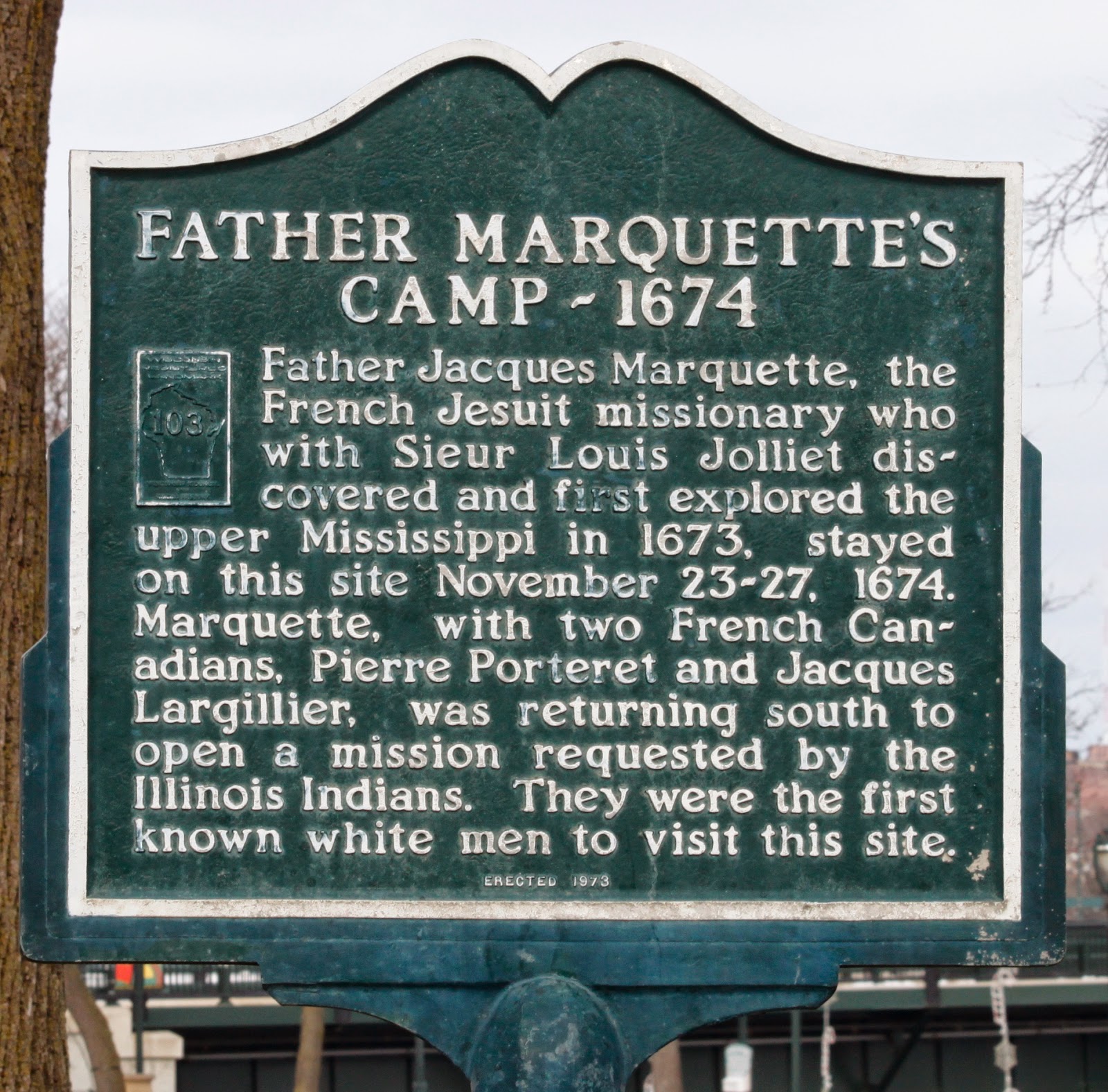 Father Jacques Marquette, the French Jesuit missionary who with Sieur Louis Jolliet discovered and first explored the upper Mississippi in 1673, stayed on this site November 23-27, 1674. Marquette, with two French Canadians, Pierre Porteret and Jacques Largillier, was returning south to open a mission requested by the Illinois Indians. They were the first known white men to visit this site.

Use the "Pere Marquette" label below to view all markers on this website related to Father Marquette; there are many. 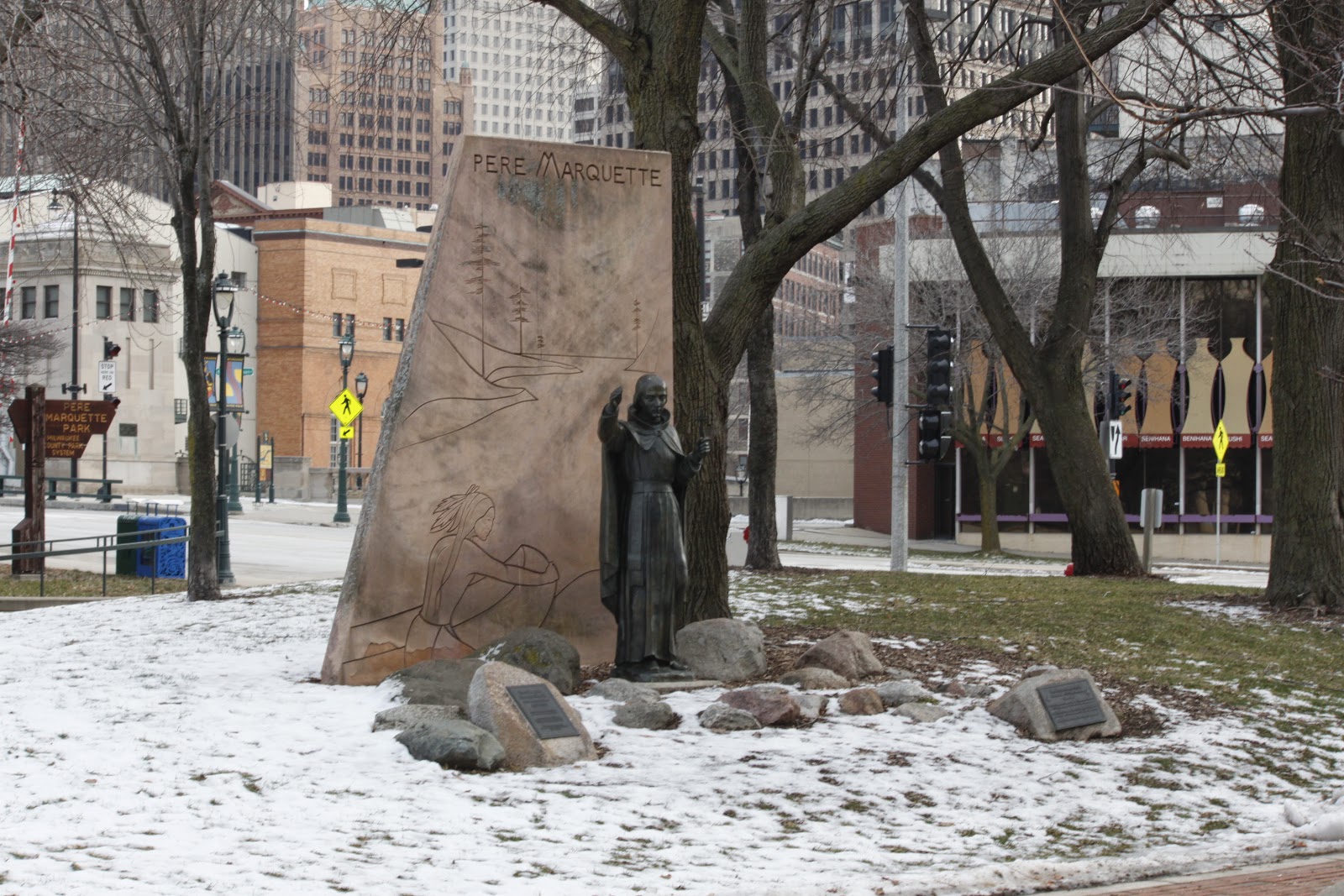 Nearby statue of Father Marquette. 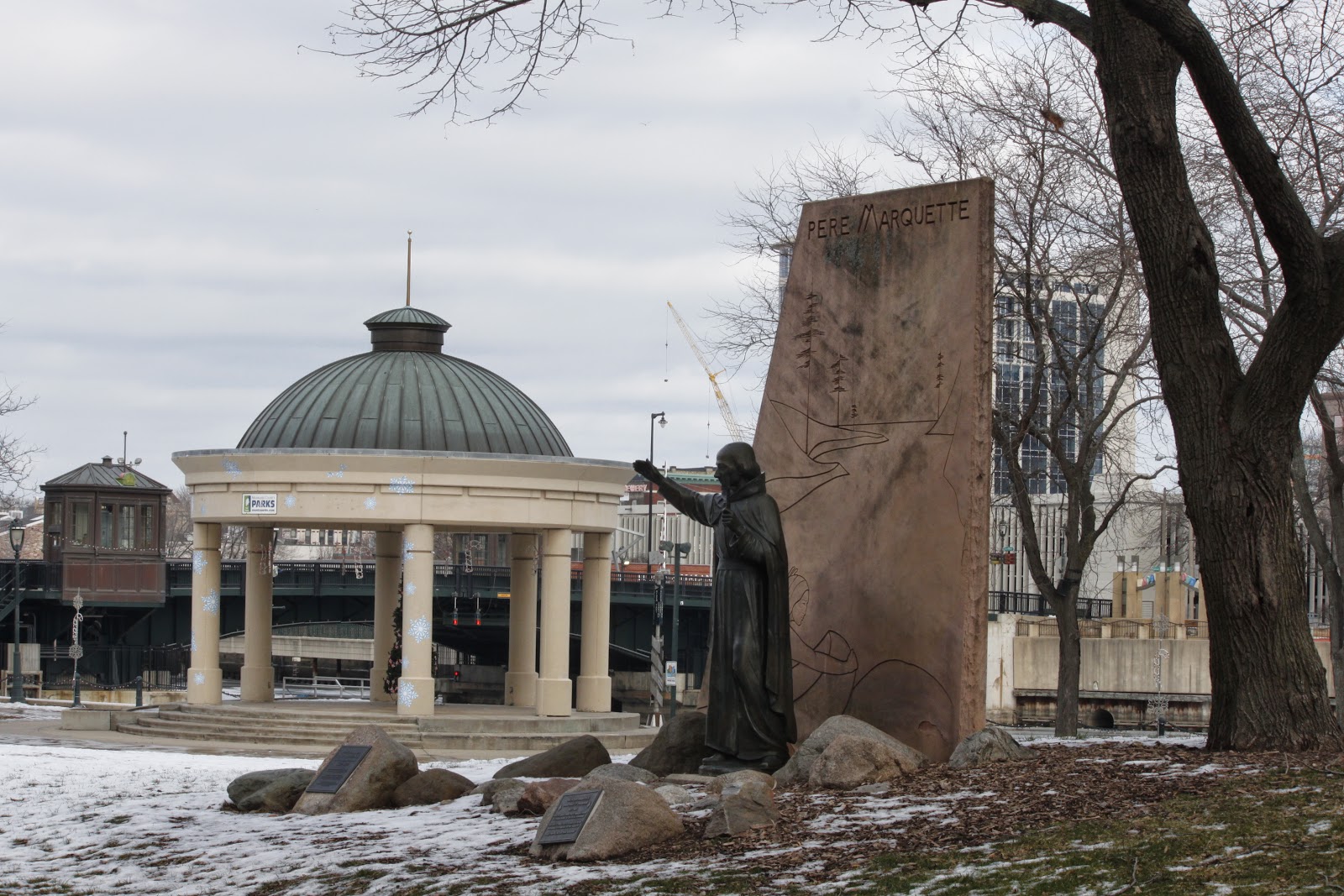 The historical marker is to the right of the clock,
the statue of Father Marquette is to the left. 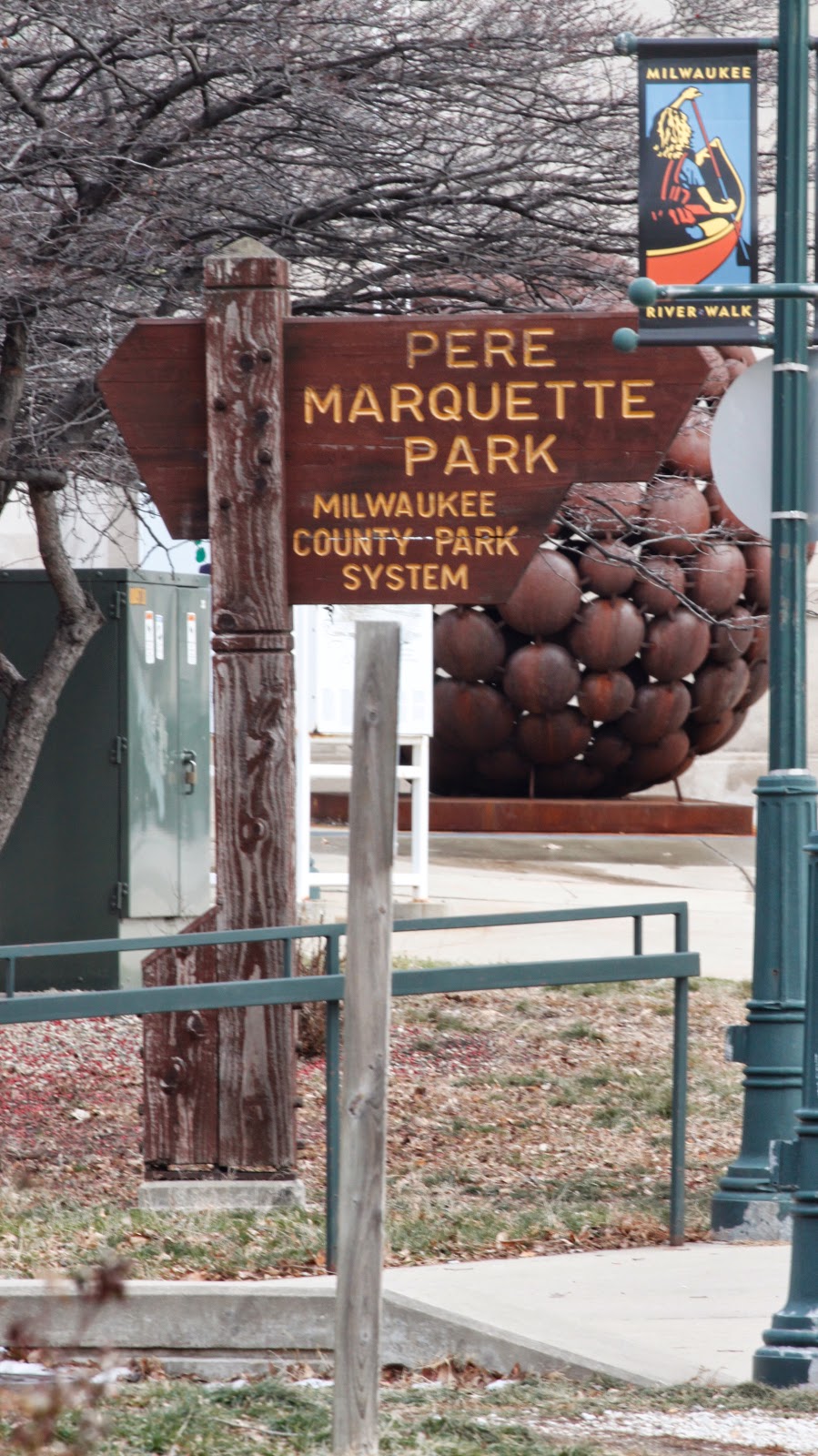 The marker and statue are in Pere Marquette Park.