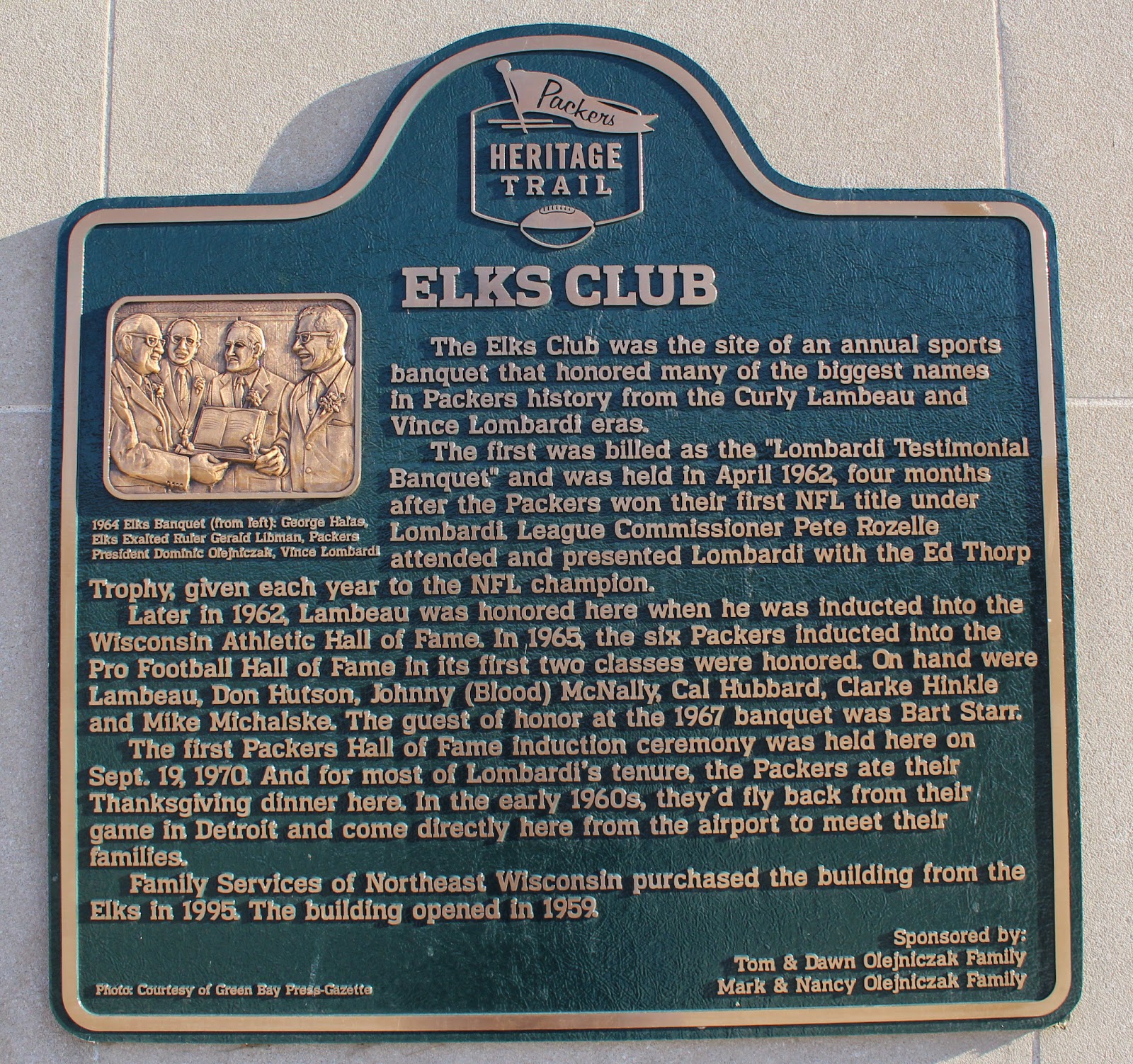 The Elks Club was the site of an annual sports banquet that honored many of the biggest names in Packer history from the Curly Lambeau and Vince Lombardi eras.

The first was billed as the "Lombardi Testimonial Banquet" and was held in April 1962, four months after the Packers won their first NFL title under Lombardi. League Commissioner Pete Rozelle attended and presented Lombardi with the Ed Thorp Trophy, given each year to the NFL champion.

Later in 1962, Lambeau was honored here when he was inducted into the Wisconsin Athletic Hall of Fame. In 1965, the six Packers inducted into the Pro Football Hall of Fame in its first two classes were honored. On hand were Lambeau, Don Hutson, Johnny (Blood) McNally, Cal Hubbard, Clarke Hinkle and Mike Michalske. The guest of honor at the 1967 banquet was Bart Starr.

The first Packers Hall of Fame induction ceremony was held here on Sept. 19, 1970. And for most of Lombardi's tenure, the Packers ate their Thanksgiving dinner here. In the early 1960s, they'd fly back from their game in Detroit and come directly here from the airport to meet their families.

Family Services of Northeast Wisconsin purchased the building from the Elks in 1995. The building opened in 1959.

The marker is located at the intersection of South Adams and Crooks Streets, Green Bay, Wisconsin 54301. 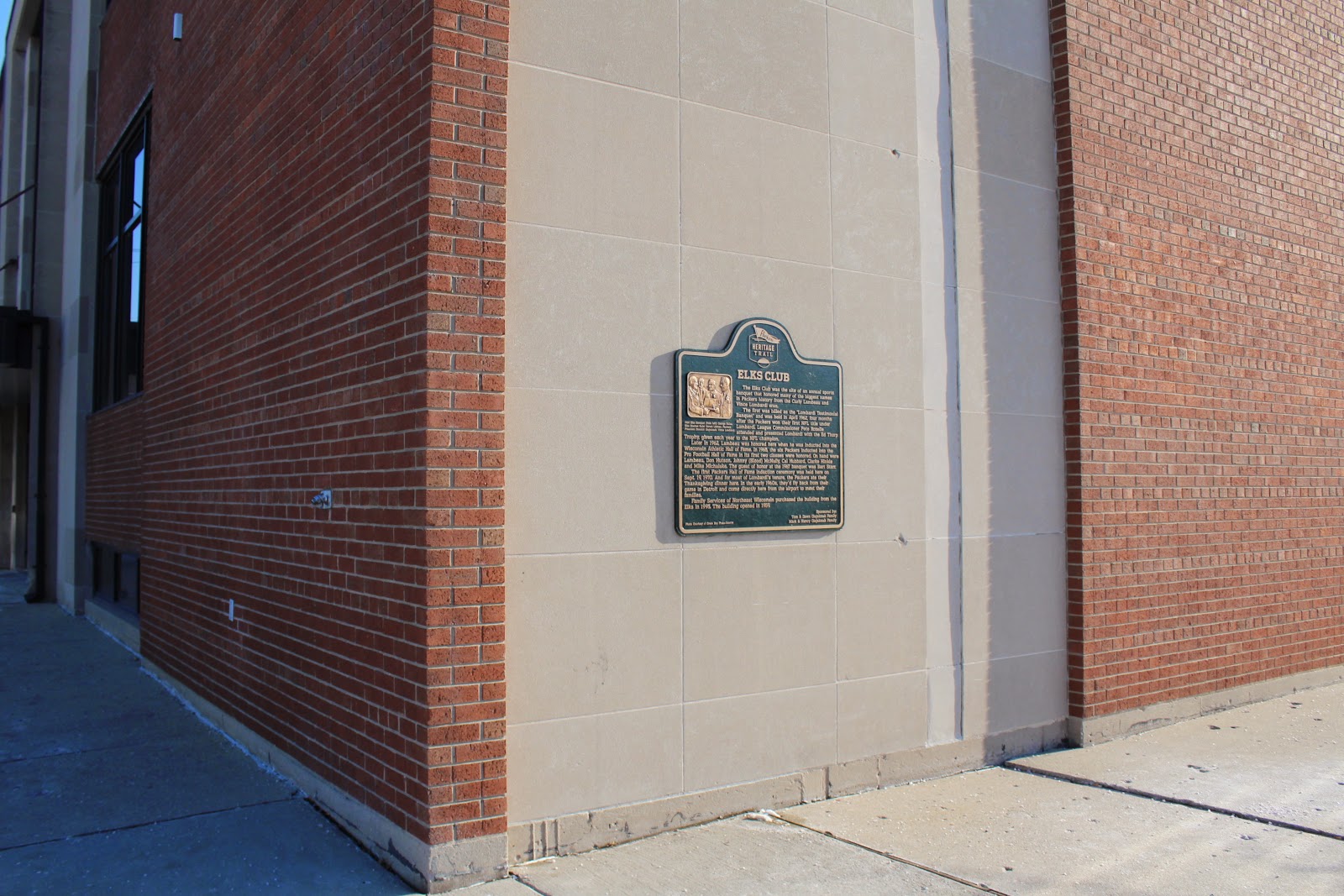 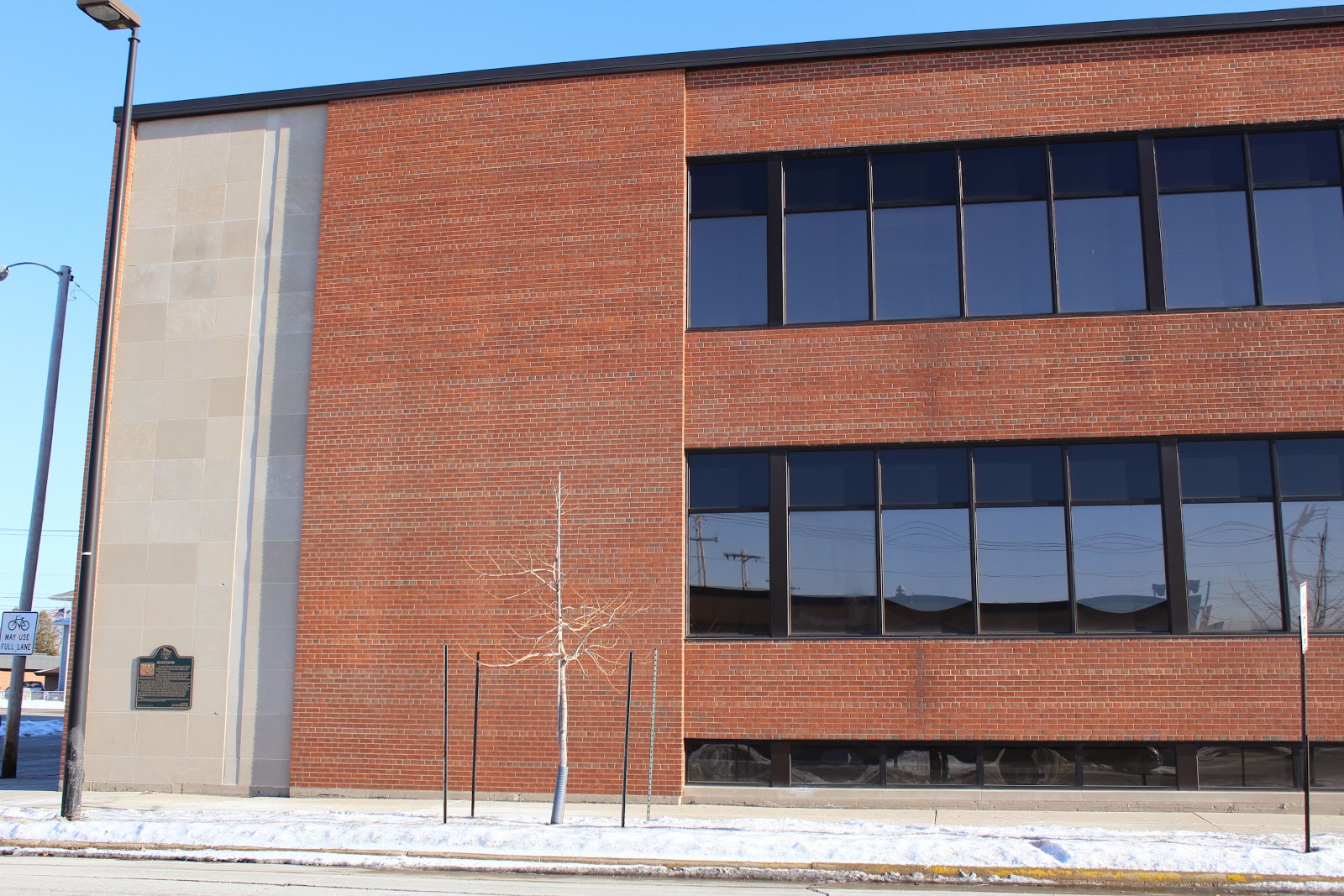 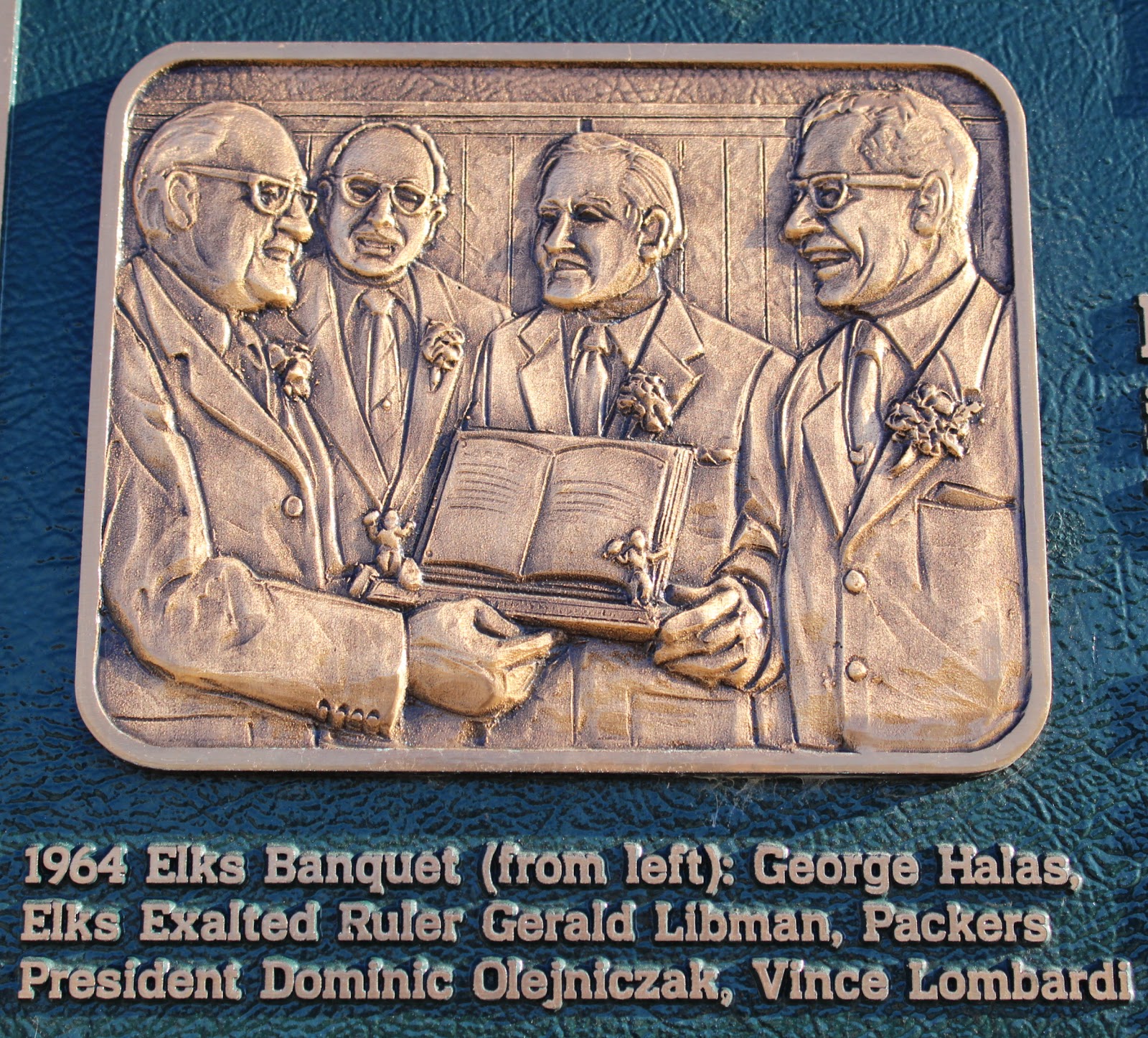 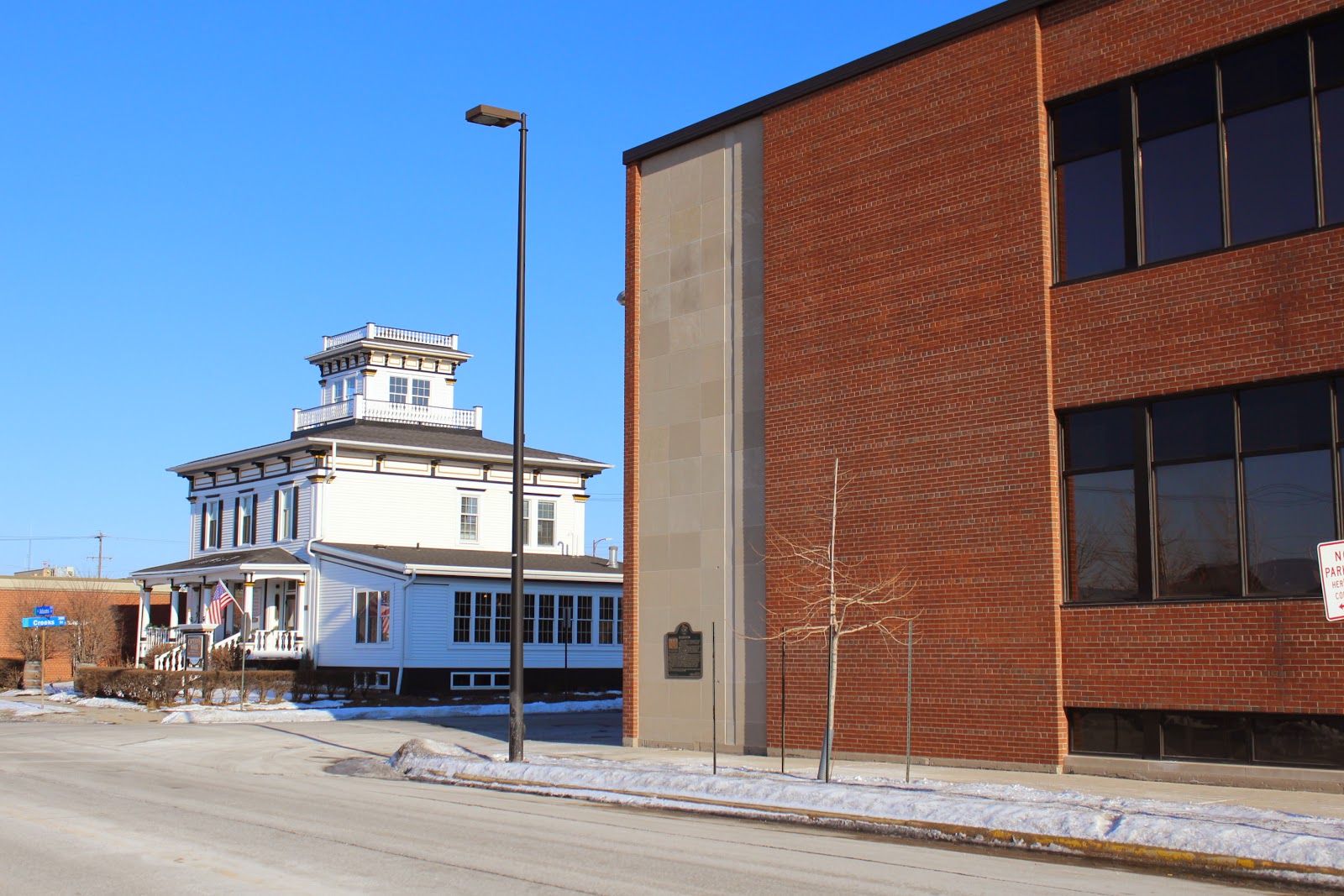 The marker is located next to to Elisha Morrow House / Captain's Walk Winery
(on the National Register of Historic Places). 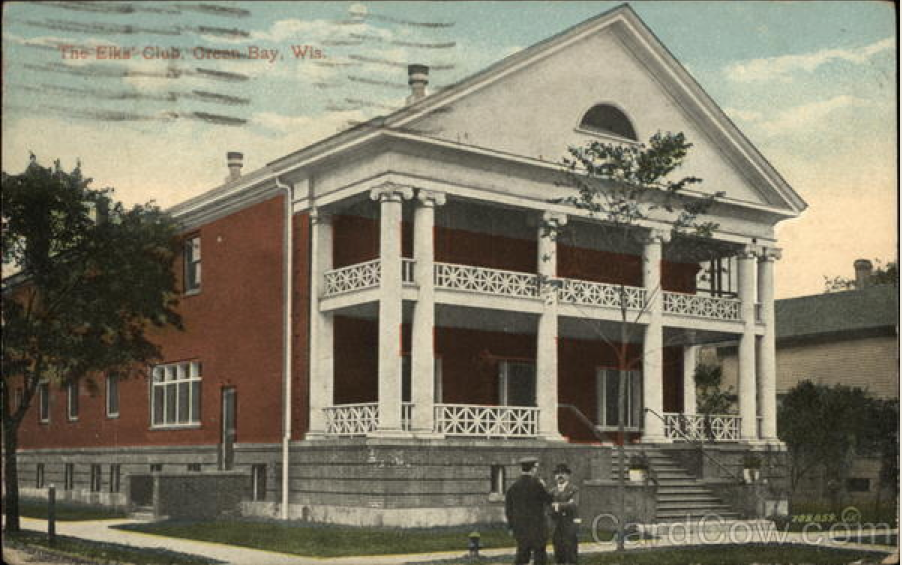