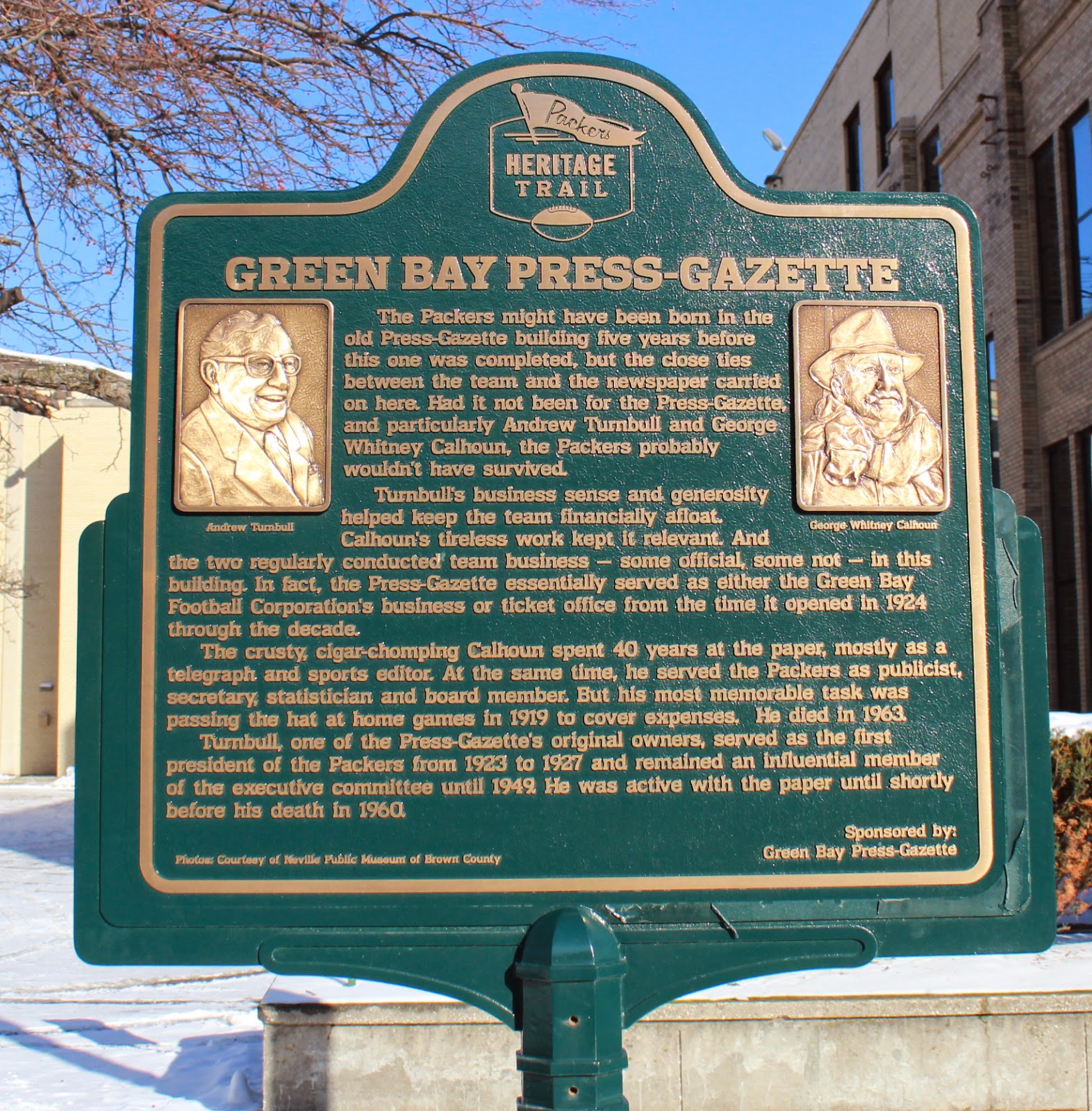 The Packers might have been born in the old Press-Gazette building five years before this one was completed, but the close ties between the team and the newspaper carried on here. Had it not been for the Press-Gazette, and particularly Andrew Turnbull and George Whitney Calhoun, the Packers probably wouldn't have survived.

Turnbull's business sense and generosity helped keep the team financially afloat. Calhoun's tireless work kept it relevant. And the two regularly conducted team business — some official, some not — in this building. In fact, the Press Gazette essentially served as either the Green Bay Football's Corporation's business or ticket office from the time it opened in 1924 through the decade.

The crusty, cigar-chomping Calhoun spent 40 years at the paper, mostly as a telegraph and sports editor. At the same time , he served the Packers as publicist, secretary, statistician and board member. But his most memorable task was passing the hat at home games in 1919 to cover expenses. He died in 1963.

Turnbull, one of the Press-Gazette's original owners, served as the first president of the Packers from 1923 to1927 and remained an influential member of the executive committee until 1949. He was active with the paper until shortly before his death in 1960. 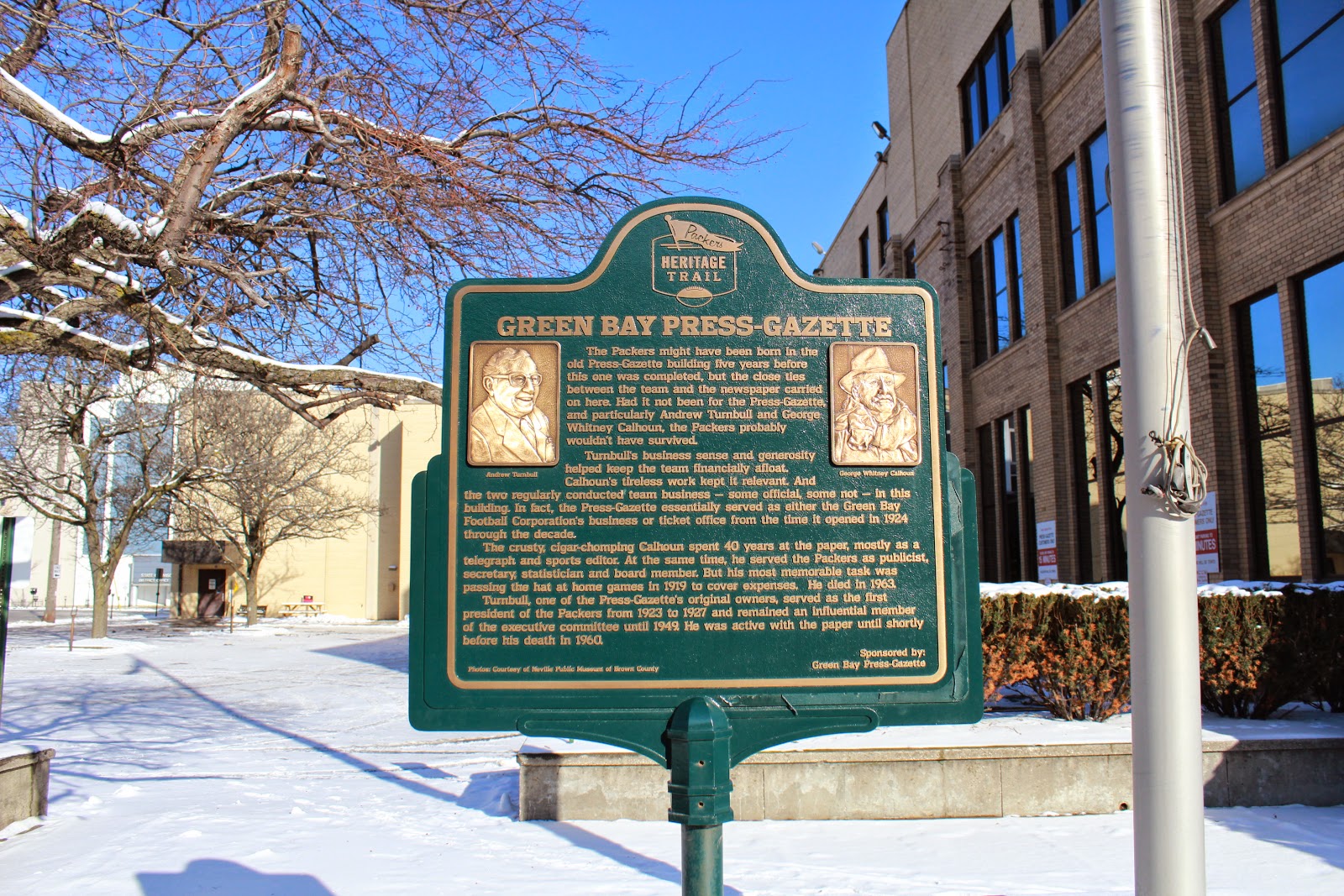 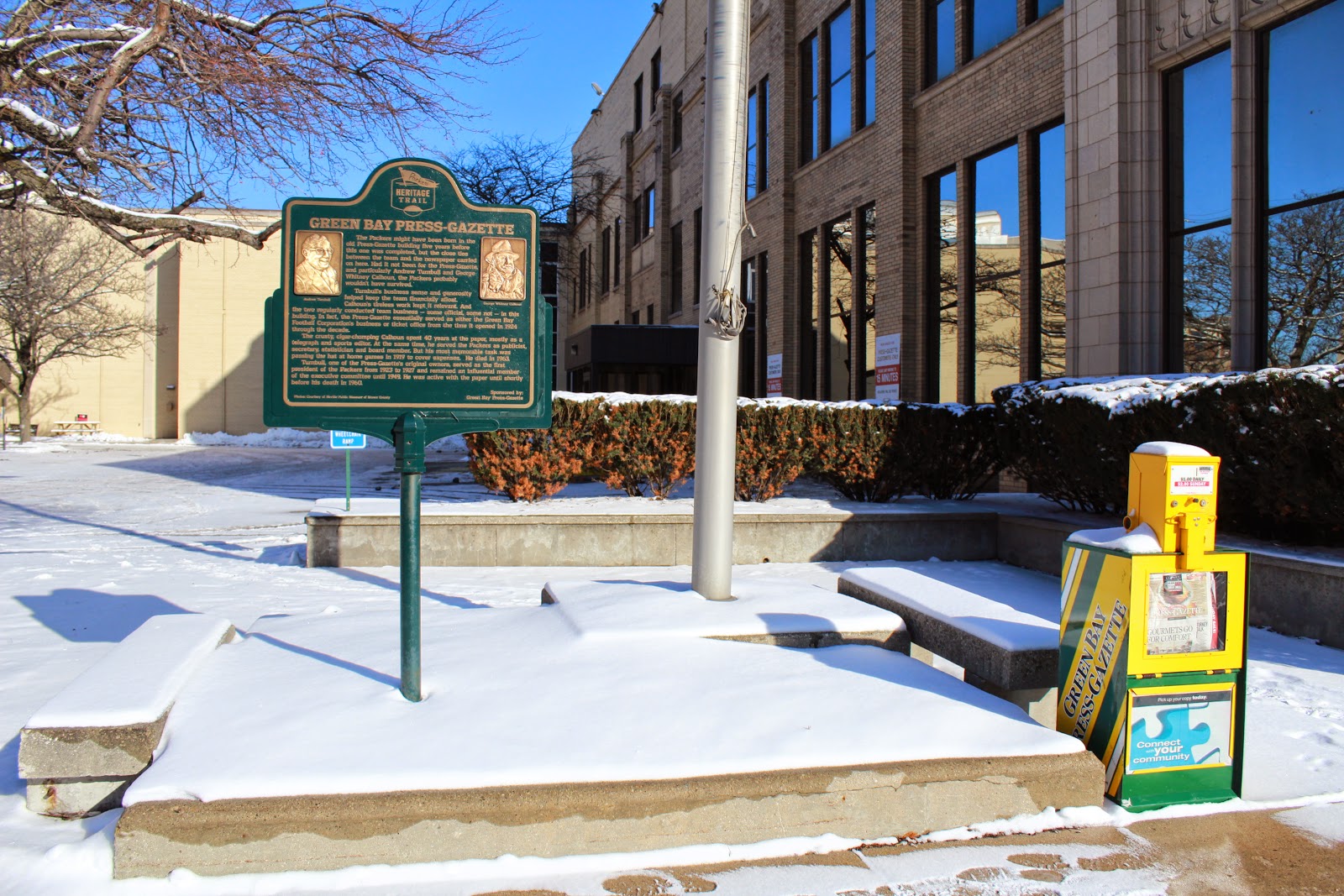 The marker is adjacent to the Green Bay Press-Gazette parking lot. 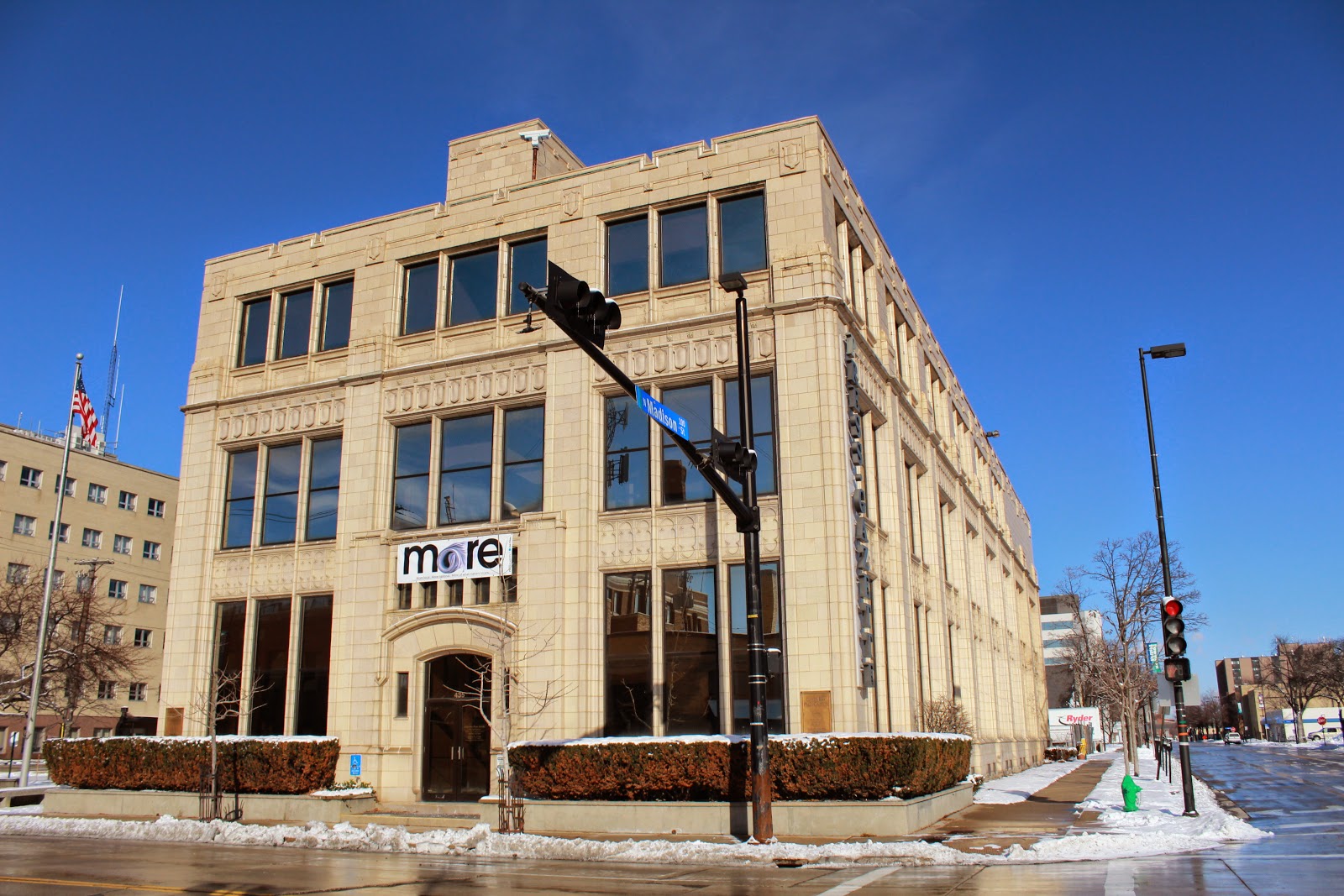 The marker is to the left of the building, next to the flag pole. 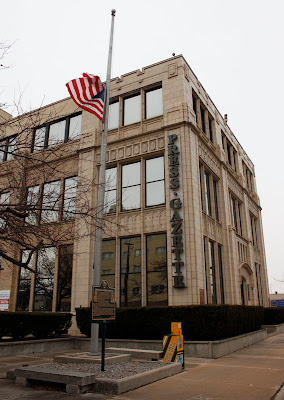 Photographed December 15, 2012
Flag is at half-staff to honor the victims of the Friday, December 14, 2012,
massacre at Sandy Hook Elementary School in Newton, Connecticut.