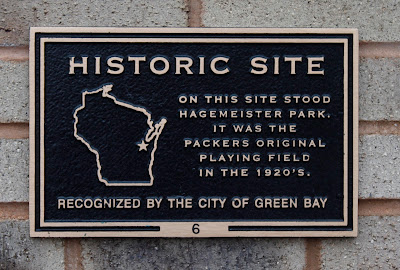 On this site stood
Hagemeister Park.
It was the
Packers original
playing gield
in the 1920's. 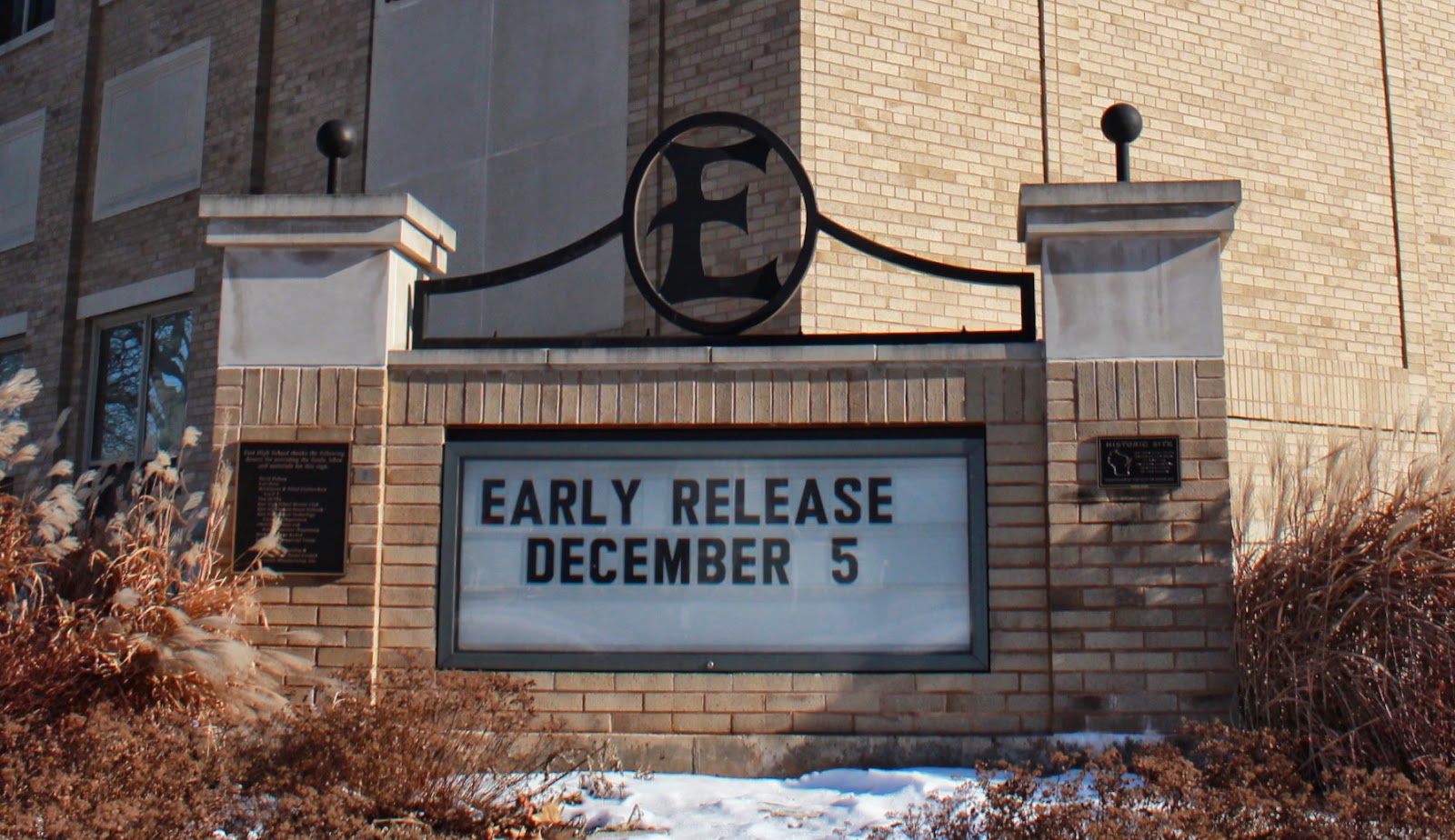 The award plaque is the small marker on the right. 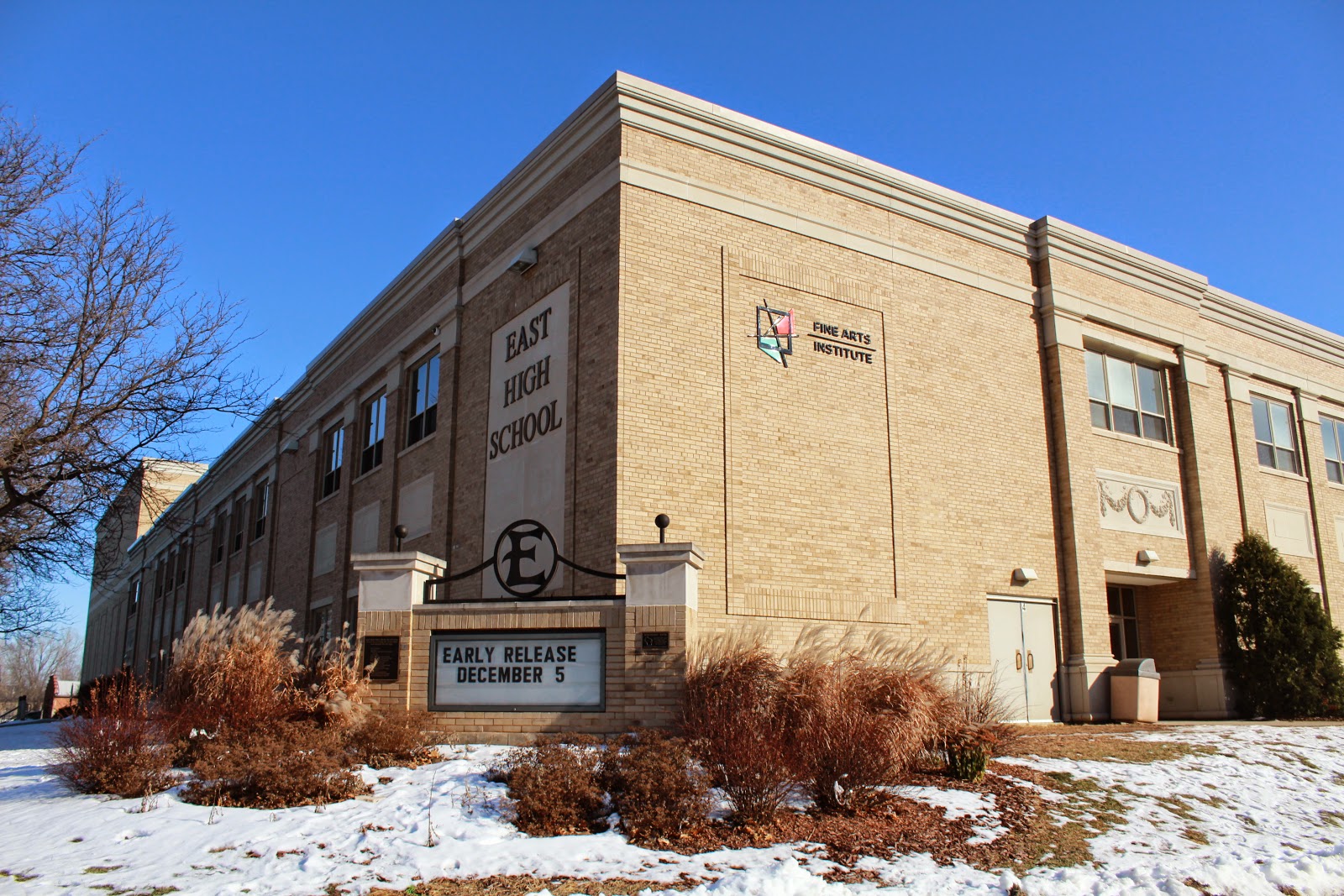 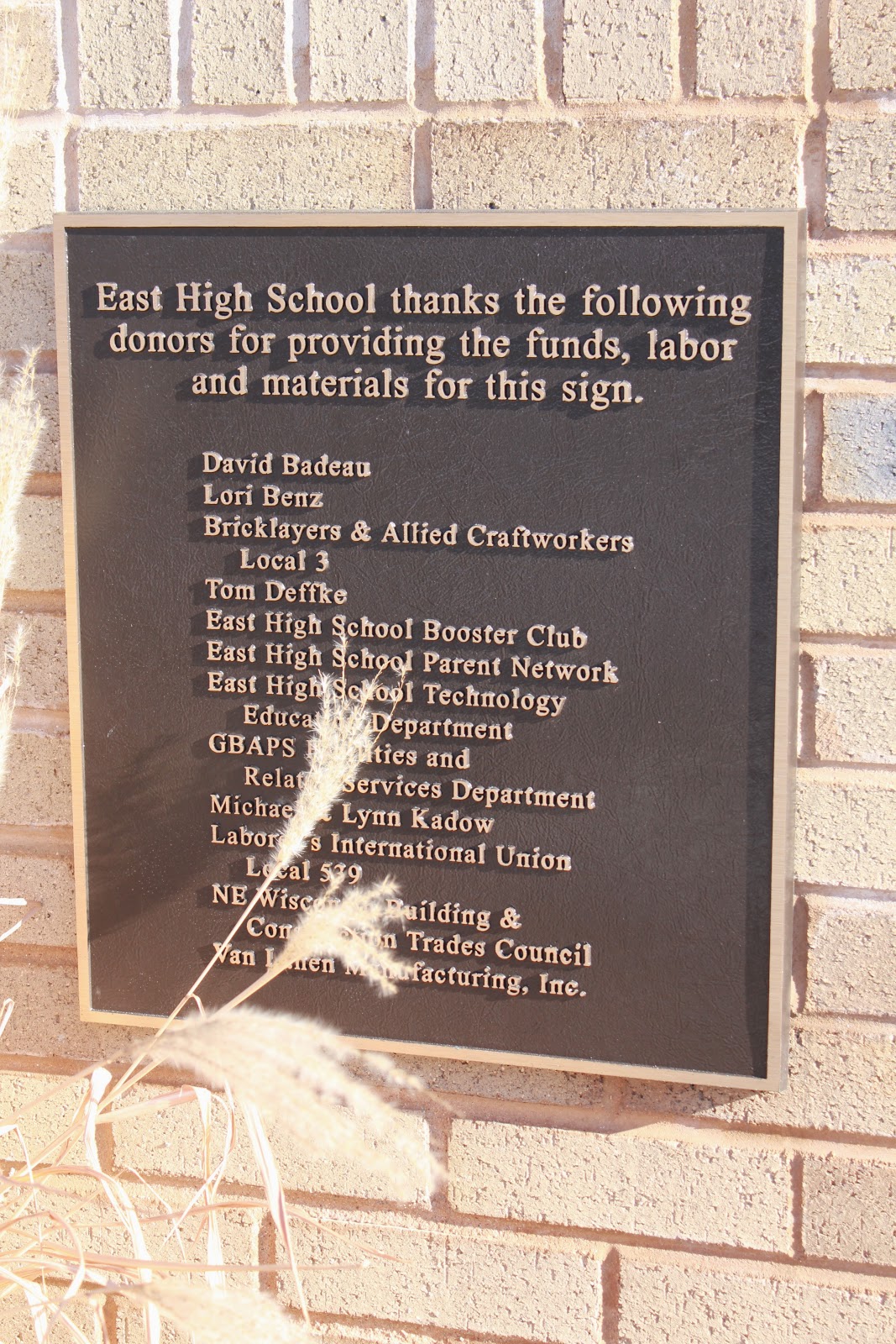 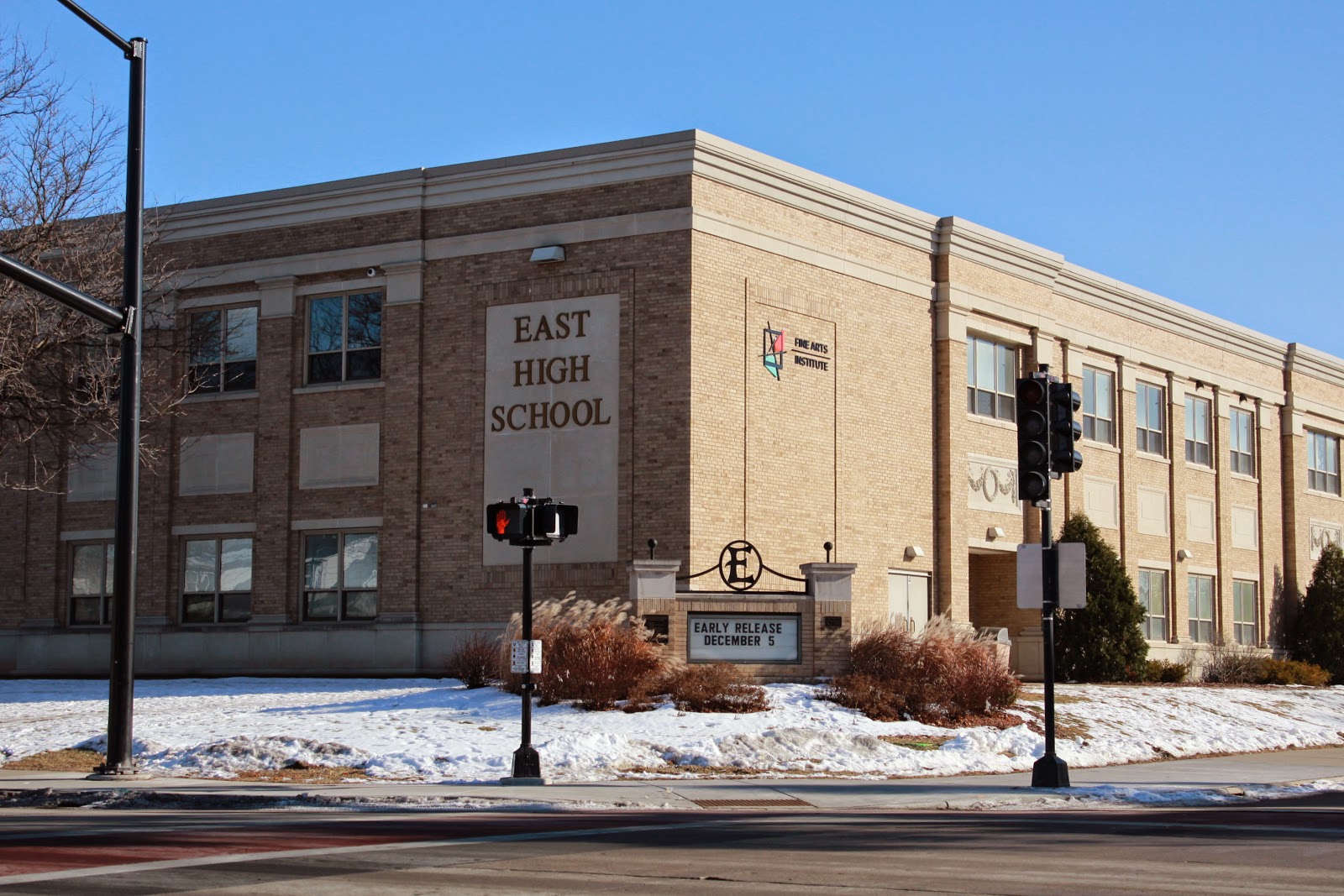 The intersection of North Baird Street and East Walnut Street.