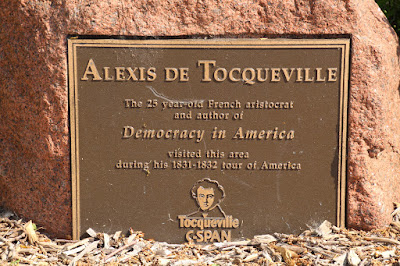 The marker is located on the west bank of the Fox River, on the grounds of the Neville Public Museum located at 210 Museum Place, Green Bay, Wisconsin 54303.

All About Alexis de Tocqueville 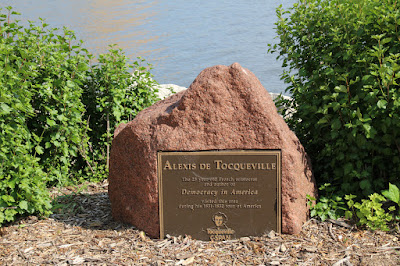 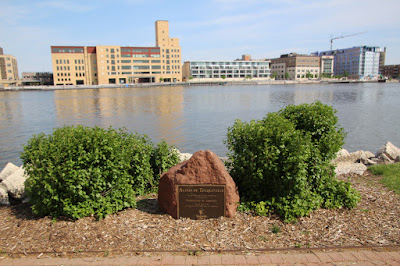 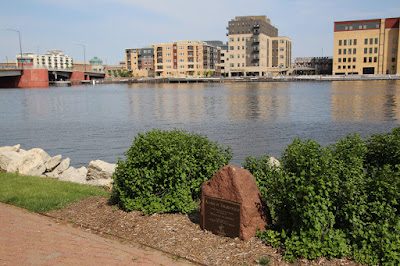 Looking north along the Fox River . . . 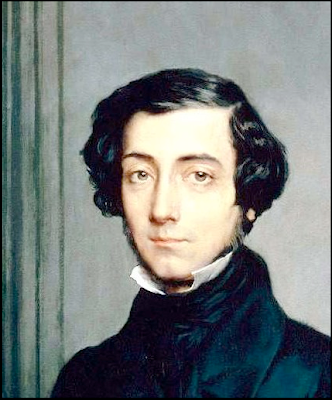 Alexis de Tocqueville
This media file is in the public domain. 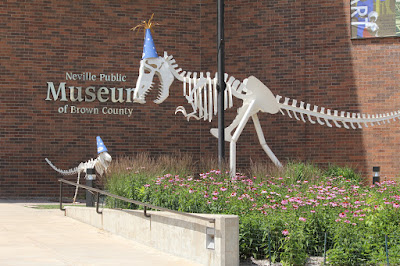 The marker is across from the entrance to the Neville Public Museum.